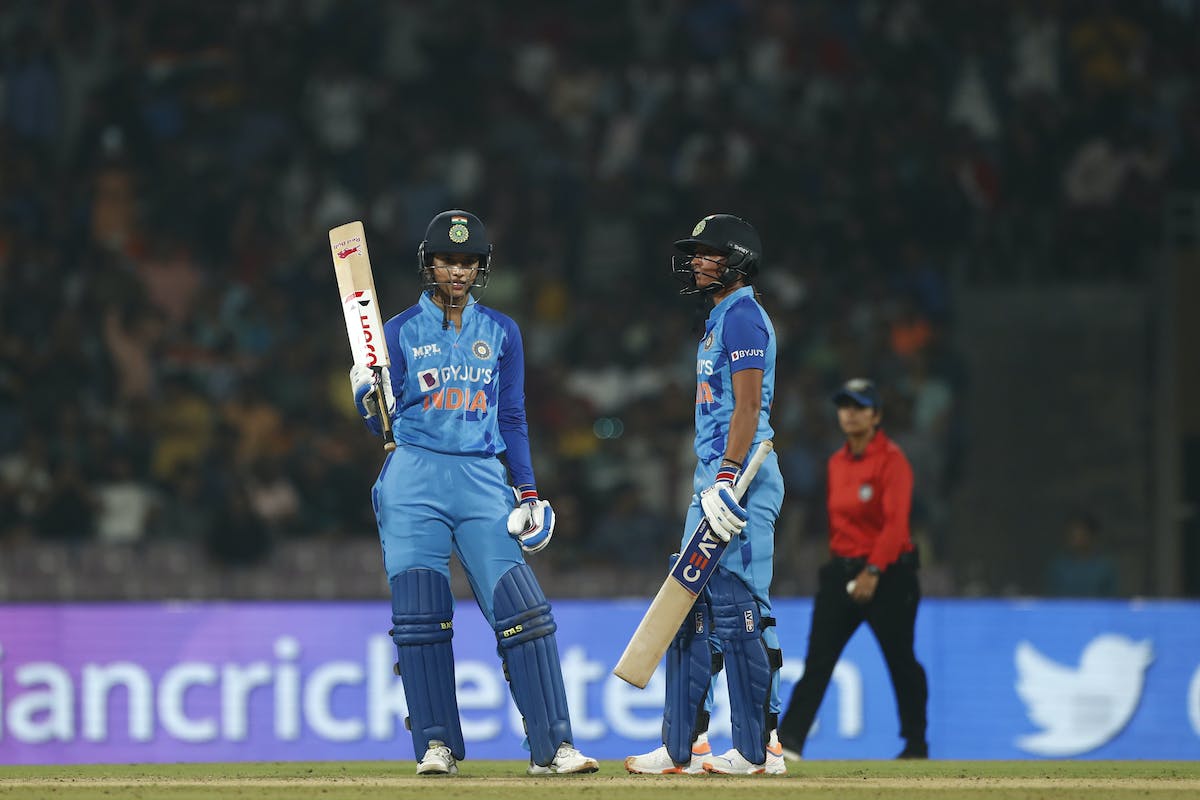 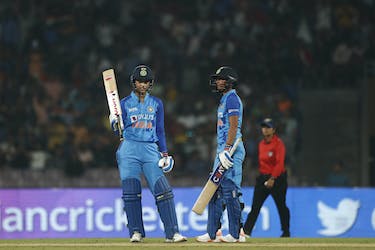 A full house at the DY Patil Stadium, Navi Mumbai were treated to one of the best matches in Women's T20 International (WT20I). Chasing 188 after electing to bowl first, India forced the match into a Super Over for the first-ever time and ended up winning the game after puting up 20 on the board.

It was some special hitting from both sides. For Australia, it was Beth Mooney once again who smashed an unbeaten 82 off 54 deliveries, while Tahlia McGrath scored 70 not out off 51. There were contributions from almost everyone in the Indian team as well, with Smriti Mandhana leading the way with 79 off 49, with nine fours and four sixes punctuating her innings.

There were useful contributions from Shafali Verma (34), Richa Ghosh (26*) and Devika Vaidya (11*) who hit a four off the final delivery to take the game into a Super Over.

Pleased with the wicket for this match, player of the match Mandhana said that tracks like these should be made more often in women's cricket.

"I think this is one of the most entertaining games we've all been a part of. When they were batting, I realised it was an amazing wicket, I had my eyes on a big score," she added.

Australia captain Alyssa Healy reckons her side were a bit off with the ball today that helped India claw back into the game.

"Missed a bit with the ball tonight and they cashed in. What a great advertisement for women's cricket this has been, with 40,000 people here tonight," Healy said.

"I think we missed a bit with the ball, gave them a chase. We did well to hang in there in the end and get it to the Super Over, India were all over us in that chase. We fought well to get us to that position, fought till the very end."

Despite this win, India skipper Harmanpreet Kaur reckons her side can still show some improvements in the fielding department.

"Fielding is something we need to keep working at, we gave too many runs today. Bowling was better today, because this wicket was too easy to bat on, nothing for the bowlers. Fielding is the only thing we need to improve from today," Harmanpreet said.

Harmanpreet was also full of praise for 19-year-old Richa Ghosh, who smashed four sixes including one in the Super Over to help her side level the series.

"I was always backing her, even when she wasn't getting runs. Today we saw what we could do with her power hitting," a proud India captain said.

With the five-match series level at 1-1, the action now shifts to the Brabourne Stadium, where the remaining three matches will be played, starting with the first one on Wednesday (December 14).