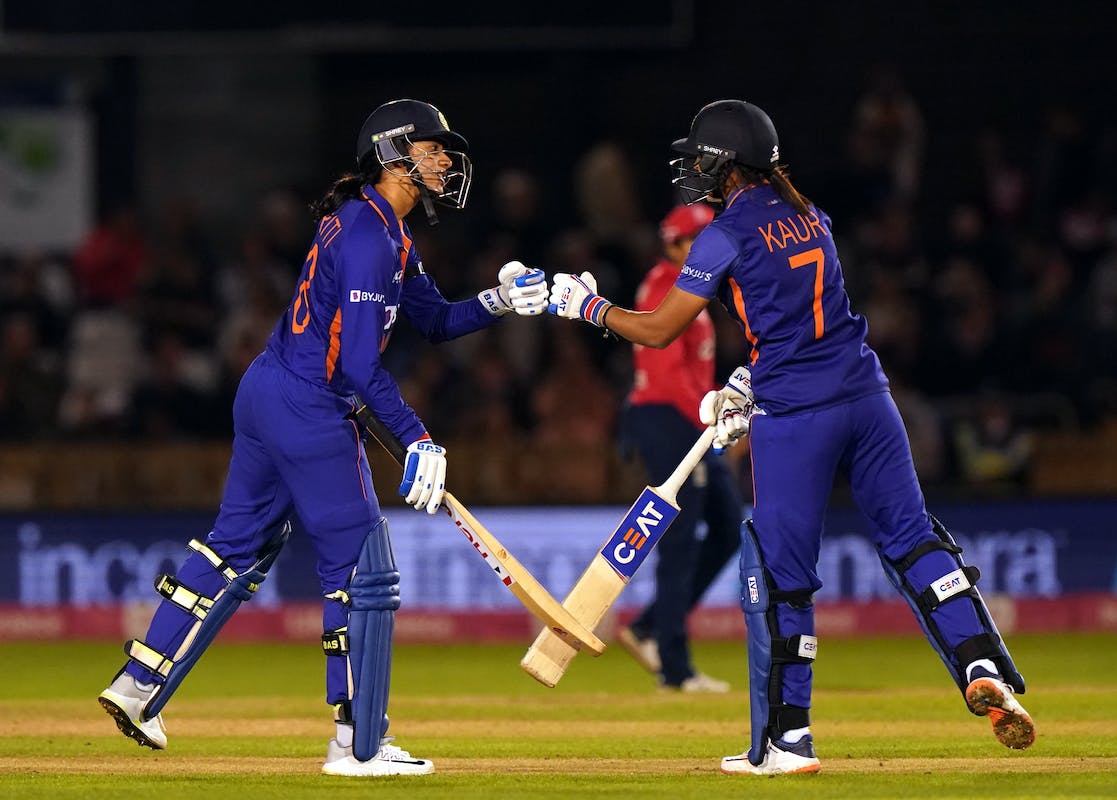 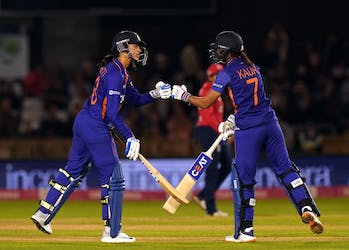 The International Cricket Council (ICC) announced the ODI Team of the Year for the Men's and Women's sides, rewarding 22 players for their consistent performances in the fifty-over format.

The Women's ODI Team of the Year features three Indian players, with Harmanpreet Kaur named as the captain, along with Smriti Mandhana and Renuka Singh.

The vice-captain of the Indian side, Mandhana, smashed a scintillating hundred against West Indies in the league match of the World Cup in New Zealand and followed it up with six half-centuries to continue her sublime run in the last calendar year. 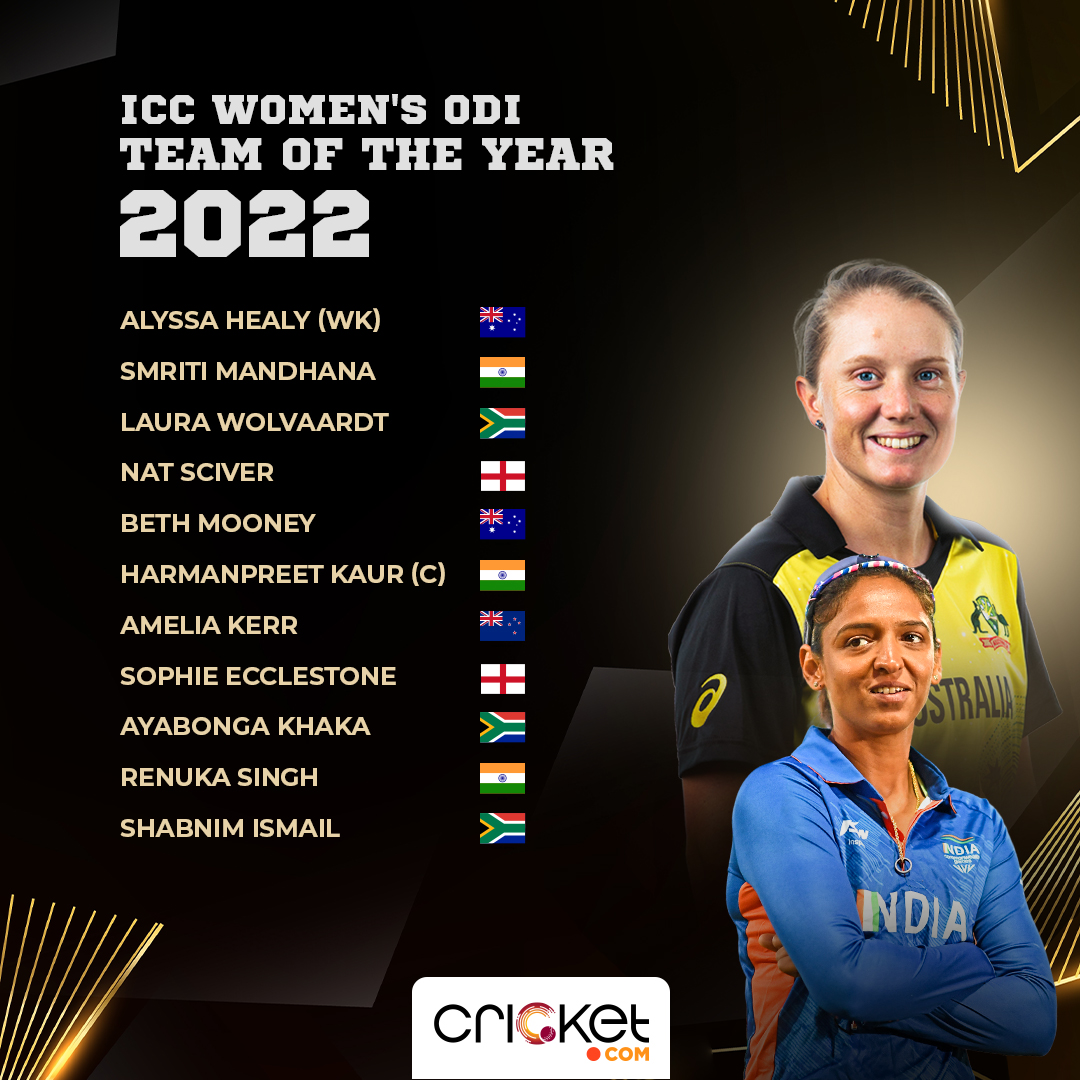 Along with the southpaw, the Harmanpreet too had a dream run with the bat and scored two centuries, including an unbeaten 143 runs against England in September. Apart from her twin hundreds, she also scored five half-centuries and chipped in with five wickets in the middle overs.

Another player who has been a standout performer in the women's circuit is Renuka Singh. The right-arm pacer scalped 18 wickets in 7 innings in the 2022 season, with best figures of 4 for 28 against Sri Lanka in Pallekele.

In the Men's ODI team of the year, Shreyas Iyer and Mohammed Siraj have managed to break into the XI, with Babar Azam at the helm. 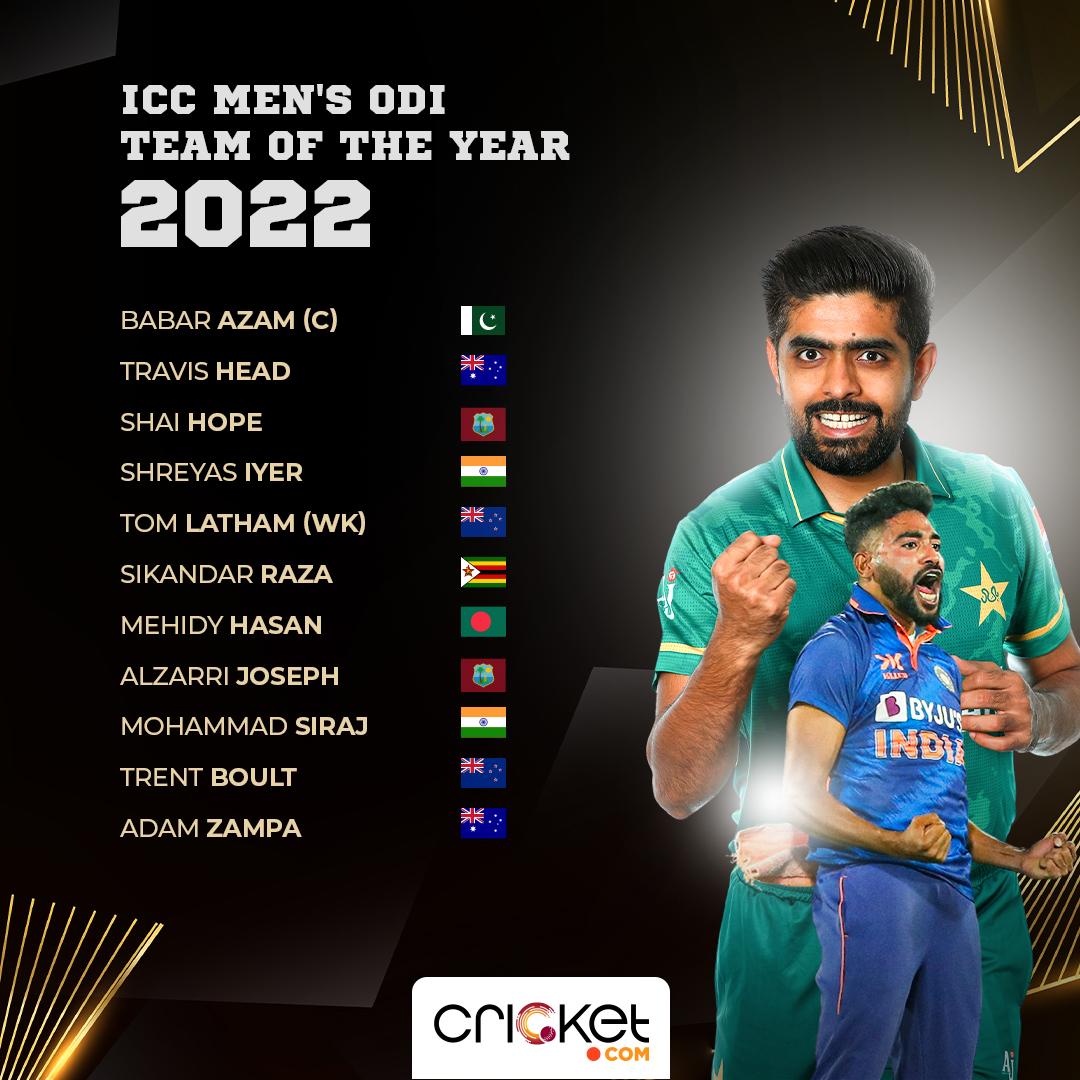 The right-handed batter was one of the most consistent players for the Indian side in the middle order and amassed 724 runs in 17 innings at an average of 55.69.

Along with the 28-year-old, Siraj is another player who has been the mainstay in the Indian bowling unit. The right-arm pacer picked up 24 wickets in 15 matches to emerge as the front-runner to lead the bowling unit in the ODI World Cup.