Harmanpreet Kaur ruled out of WBBL 08 with injury 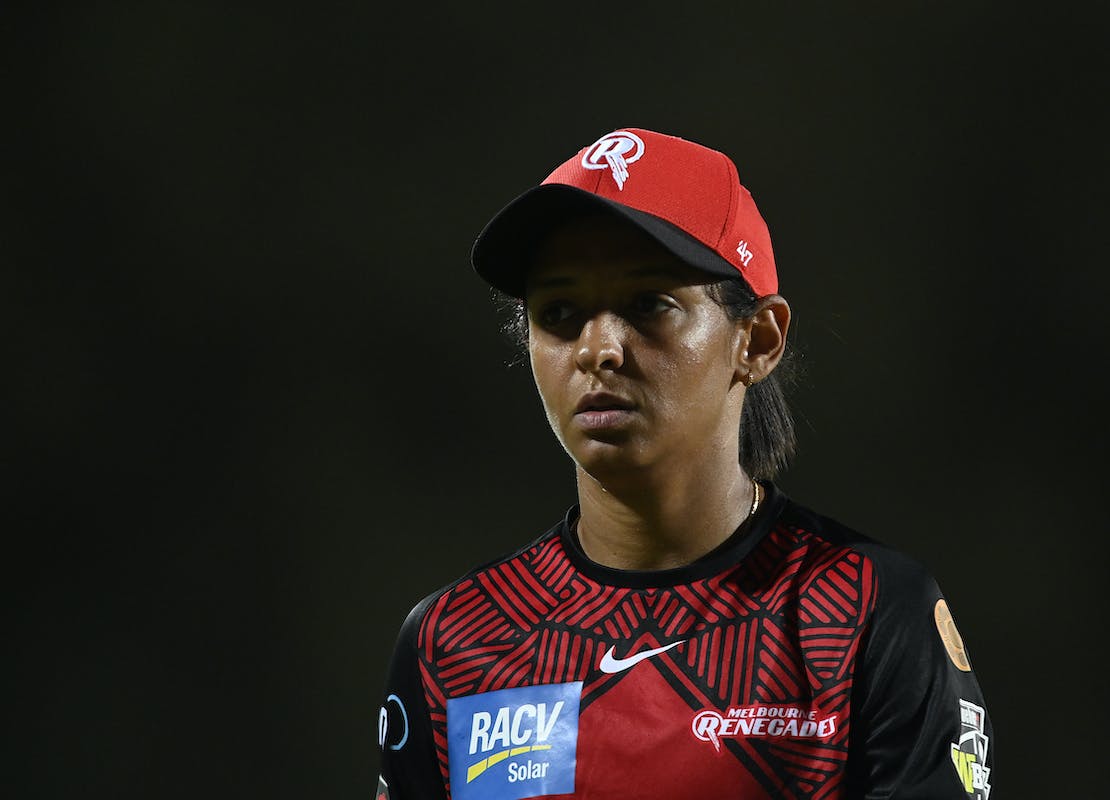 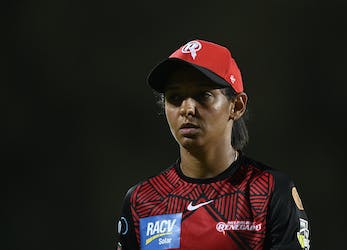 Harmanpreet Kaur ruled out of WBBL 08 with injury

England’s Eve Jones has been announced as Harmanpreet’s replacement

Melbourne Renegades have been dealt a huge blow as India skipper Harmanpreet Kaur has been ruled out of the entirety of the tournament with a back injury. England’s Eve Jones has been announced as Harmanpreet’s replacement.

Harmanpreet’s injury is a significant blow to the Renegades, who are currently fifth in the table having played two matches. The 33-year-old enjoyed an incredible WBBL 07 and was named Player of the Tournament for her exploits. Apart from amassing 406 runs at an average of 58.00, the India skipper took 15 wickets at an ER of 7.45.

“Harmanpreet was fantastic for us last season and we were looking forward to having her part of our squad again this year, but unfortunately she has been ruled out through injury,” Renegades General Manager James Rosengarten said.

“Eve will stay on with our squad for at least the next couple of matches as we work through the best strategy for our squad for the remainder of the tournament.”

But while Harmanpreet will take no part in WBBL 08, both Jemimah Rodrigues and Pooja Vastrakar are expected to join their respective teams shortly. While Jemimah will be representing Melbourne Stars, Vastrakar will be linking up with the Brisbane Heat.