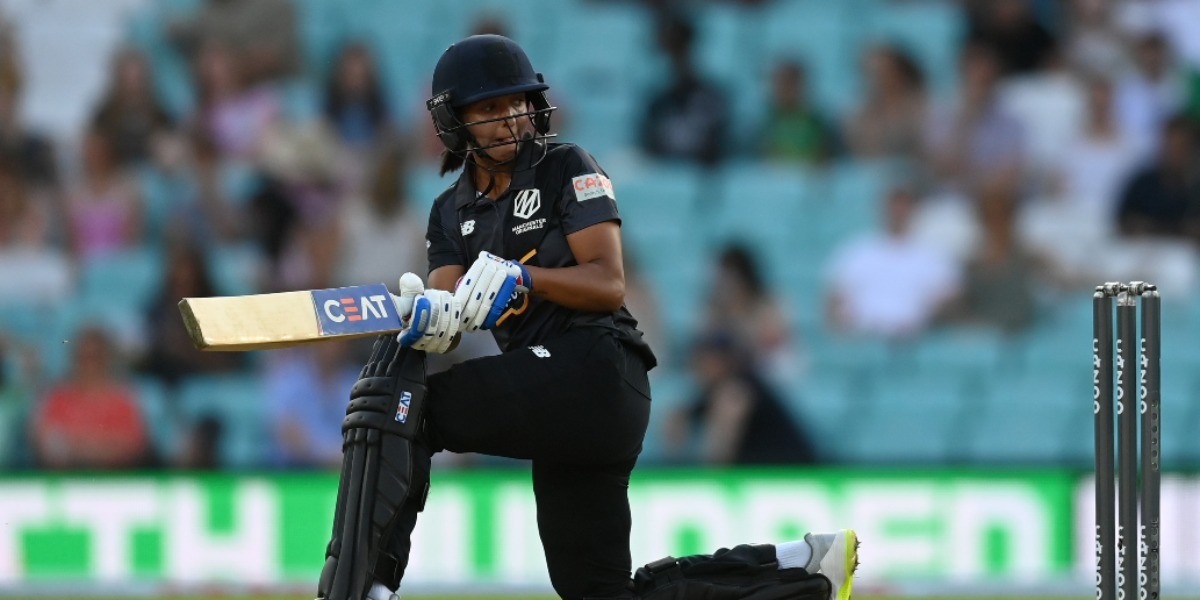 South Africa captain Dane van Niekerk led from the front with an unbeaten fifty as the Oval Invincibles defeated the Manchester Originals with just two balls to spare in the inaugural match of English cricket's new Hundred competition on Wednesday. Invincibles skipper van Niekerk's 56 not out off 42 balls saw the hosts finish on 139-5 as they chased down a target of 136 for a five-wicket win at their Oval home ground.

Harmanpreet Kaur was the only Indian player in action and she managed to score a brisk 16-ball 29, which included six fours, that eventually took her team to a competitive total.

A tournament three years in the making finally got underway following a 12-month delay due to the coronavirus pandemic with a standalone women's match. Of all the fears expressed about the Hundred, be its impact on the existing 18-county structure and skepticism about its projected £50 million revenues, few concerned the quality of cricket on show.

And in a match featuring five South Africa internationals, there was plenty of high-class play for a sparse crowd of 7,395 to enjoy. Meanwhile, the higher-pitched than usual cheers of the crowd suggested the tournament was on its way to achieving one of its main aims -- a younger, more female audience.

Not everything went according to plan, however. The Hundred, shorter than a 120-ball Twenty20, has been designed to be finished in two-and-a-half hours so as to suit the needs of terrestrial television.

But Wednesday's match, perhaps unsurprisingly, overran its allotted time. And it was arguably no great shock when the very start of the match saw the 100 balls per innings match transformed into 101 when Proteas pace bowler Marizanne Kapp -- the wife of van Niekerk -- bowled a legside wide.

But Kapp soon had the honour of taking the competition's first wicket when Emma Lamb was caught behind for a duck. Lizelle Lee's 42 helped the Originals reach 135 for six off their 100 balls with India's Harmanpreet Kaur, one of the truly global stars of the women's game, adding an entertaining 29.

Among the innovations being pioneered in the Hundred, which does away with the concept of the six-ball over, is the tactical time-out. And this produced one of the biggest cheers of the evening when the break allowed a young girl in the stands, whose soaring rendition of  Wiz Khalifa's 'See You Again' over a presenter's microphone was applauded by the players on the field as well as her fellow spectators.

Originals captain Kate Cross took two wickets in two balls before the England international was denied a hat-trick. It looked she would lead the visitors to victory in south London, however, when the Invincibles belied their name by slumping to 26 for 3. But the married couple of van Niekerk and Kapp turned the tide.

South Africa's Mignon du Preez could only parry a tough chance over the boundary rope for six from Kapp, who soon cleared the ropes again. Dropped catches cost the Originals dear, and van Niekerk brought up her fifty with another boundary.

Van Niekerk, fittingly, hit the winning runs when an edged boundary flew past the wicketkeeper, a four greeted with shrieks of joy from her adoring fans.