He is seeing the lighter side of it: Faf du Plessis on Virat Kohli's dismissals 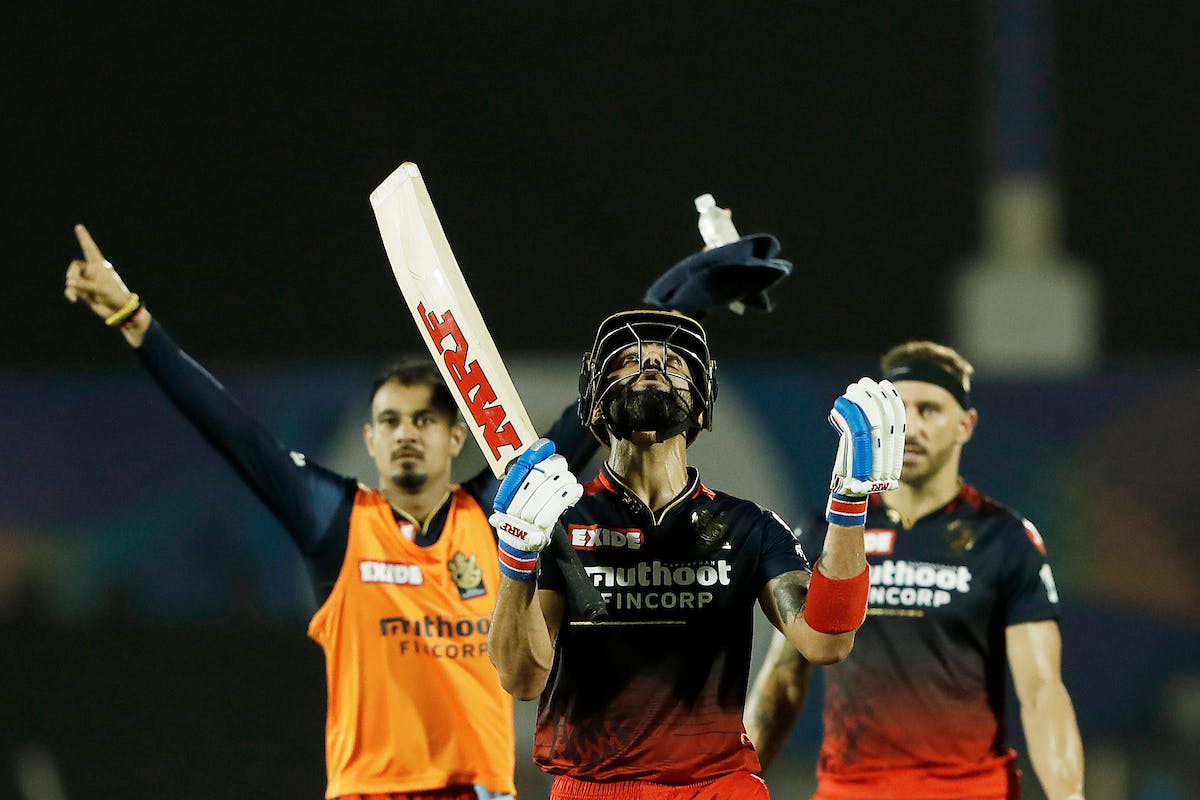 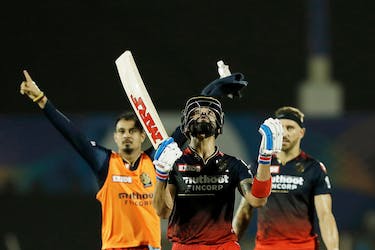 He is seeing the lighter side of it: Faf du Plessis on Virat Kohli's dismissals

In a crucial encounter at the Brabourne Stadium, Punjab Kings produced an all-around performance to crush the Royal Challengers Bangalore by 54 runs and stay alive in the competition. With a comprehensive win, Punjab Kings are sixth on the points table and in contention to secure a place in the playoffs

After being asked to bat first by Faf du Plessis, Punjab got off to a flyer courtesy of Jonny Bairstow. Opening the batting along with Shikhar Dhawan, he took the attack to the opposition bowling unit and smashed 66 off 29 deliveries studded with four boundaries and seven maximums.

While he was dismissed on the first ball of the 10th over, Liam Livingstone continued to play an aggressive brand of cricket to dismantle the Bangalore bowling unit in the middle overs and at the death. Livingstone scored 70 off 42 deliveries to power the team to 209 in the first innings.

In a post-match interview, Mayank Agarwal heaped praises on the duo and said, "We were brilliant with the bat because the wicket was holding up a bit. The way Jonny and Livi batted was amazing.

"We haven't changed a lot, to be honest, just about understanding a few situations, understanding the wicket. Have to be adaptable and flexible, which we have been, which is nice."

After opening the innings in the first half of the competition, the skipper dropped down in the middle order to allow Bairstow to attack in the powerplay.

"Two points the most crucial thing for us, and as long as the job gets done, I'm fine batting at five," he said.

The captain of Punjab also shared the role of Arshdeep and his impact on the team. 'Very energetic person and a very confident guy. He's the leader in the team and rallies around everyone, takes up the responsibility, even goes up and speaks to the bowlers sometimes," he said.

On the other hand, Bangalore endured a day to forget as the bowlers were smashed all around the park and conceded 209 runs in the first innings.

However, du Plessis feels it was a par score and the wicket was brilliant to bat on.

"It was a good score, and the way Jonny started the innings there and put our bowlers under some real pressure. I thought we pulled it back, and 200 was probably a par score on that wicket. It was probably the best one we've had and played on in this campaign. When you're chasing big scores like that, the key thing is not to lose wickets in clusters, and that's where we got it a little bit wrong," he said in a post-match interview.

One of the talking points in this edition of the IPL has been the form of Virat Kohli. The former skipper is enduring a dismal run in the competition and was dismissed for 20 off 14 deliveries in a bizarre fashion.

"He's seeing the lighter side of it. Every single way that you think you can possibly get out, that's just how the game works. All you can really do is make sure you keep working hard. Tough patches are difficult for all of us, but he's in good spirits and he believes it's around the corner," du Plessis revealed Virat's mindset and his mode of dismissals.

Ahead of their must-win clash against the Gujarat Titans on May 19, du Plessis shared insights on the preparation for him the side.

"Take a day off, forget about the performance and then come back and see how you can switch the guys on for what will be a must-win game for us and then make sure we put all our energy into the game that's ahead of us and not the game behind us."

"There's not one more net session that will make you a better player now. We've had a lot of nets, a lot of games and it's been a long IPL. So for me, it's just making sure you're nice and strong in mind, keep believing in yourself and us as a team. If we play to our full potential, we're a very good team, but tonight we didn't do that," he concluded.