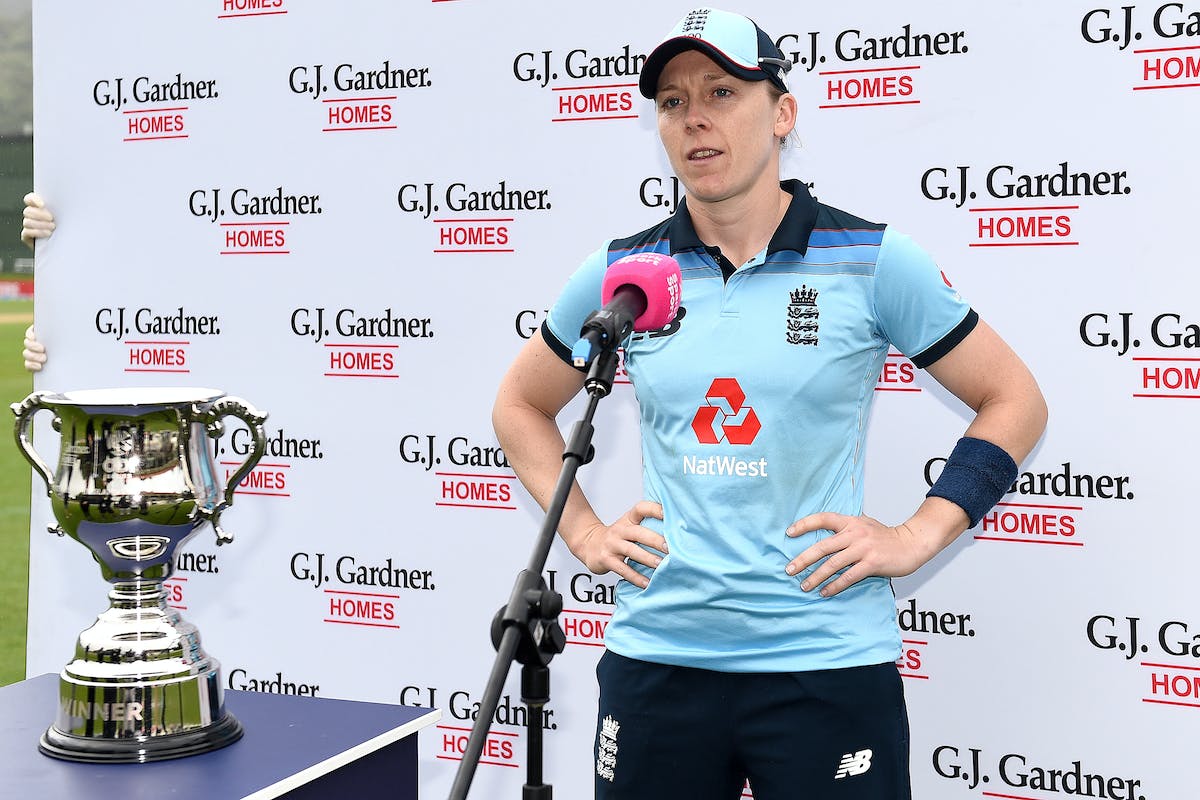 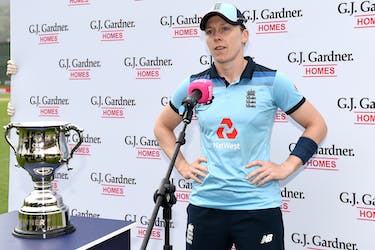 England women's team captain Heather Knight has been ruled out of their opening game of the Commonwealth Games 2022 against Sri Lanka due to a hip injury.

Knight suffered the injury during the first T20I against South Africa last week and missed the subsequent two matches of the series which England won 3-0.

Allrounder Nat Sciver will lead the side in Knight's absence on Saturday at Edgbaston. Knight is expected to be fit for England's second match against South Africa on Tuesday.

"The main thing is we take that same mindset into a big world event, we take what we've done so well and perform it under pressure. You know that if you don't start well in those sorts of events you can be under the pump so it's so important that what we've done, we build on and we continue to have that mindset," Knight said.

"There's still ways I think we can improve and I'd love to see us piece it all together in a big world event."

Knight's absence could more game time for 17-year old batter Alice Capsey, who scored a 17-ball 25 in the third T20I against South Africa. The hosts could also play teenage seamer Freya Kemp or 20-year Issy Wong in the Games.

"The young girls have really added something to the squad. They've added that energy, that rawness, that fearlessness and for us older girls it's keeping us young and keeping us excited," Knight said of the young talent in the team.