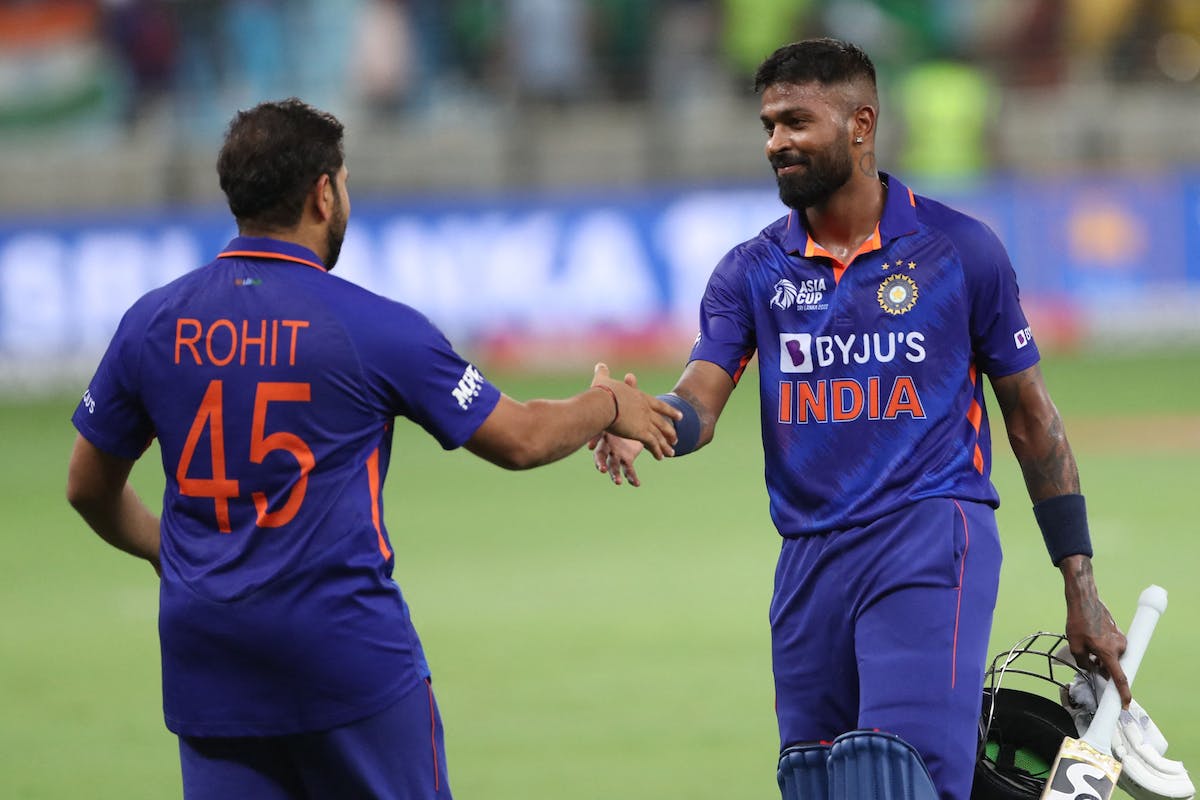 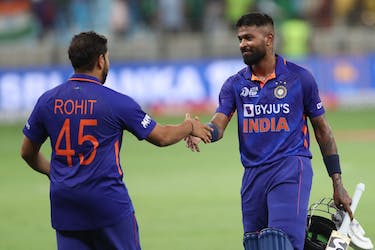 Having gone through the Qualifiers unscathed, can Hong Kong upset India?

India were pushed to the limits by a determined Pakistan side that had two of their first-choice fast bowlers – Shaheen Afridi and Mohammad Wasim – missing out due to injury. Initially set up brilliantly by the bowlers, India had some useful contributions with the bat from the likes of Virat Kohli (35), Ravindra Jadeja (35) and Hardik Pandya (33*) to steer them home.

They next come up against a Hong Kong unit that is high on confidence having won all the matches in the Qualifiers, including a win against the T20 World Cup-bound UAE. But when it comes to India, each and every player will have to be at their best to pip the top-ranked side.

Toss will be of great importance in this game. Dubai, for that matter in the UAE, you win the toss, you are more or less assured of winning the game. In T20Is since 2021, 13 of the 15 matches have been won by the team who it right at the toss and the trend is most likely to continue in this tournament as well.

Hong Kong nearly edged past India in the Asia Cup 2018, falling short by 26 runs short in the end, chasing 286 after opening batters Anshuman Rath and Nizakat Khan put up 174 for the first wicket.

Since then though the likes of Rath and Mark Chapman have gone on to pursue their careers in India and New Zealand respectively. Chris Carter quit international cricket to train to become a pilot in Australia. But the good news is that a few players, Babar Hayat and Scott McKechnie to name a few, who missed a huge chunk of action since then have been drafted back into the side, making an instant impact.

However, it is their spin duo of Ehsan Khan and Yasim Murtaza who will be key to Hong Kong’s chances. Ehsan, whose bowling action was under scrutiny four years ago, finished as the leading wicket-taker in the qualifiers with nine wickets at nine, while Murtaza picked up just three. Murtaza though finished as the leading run-getter in the tournament with 130 runs and will once again likely be used at the top of the order, opening the innings with skipper Nizakat.

Rest of Hong Kong's batting line-up, consisting of Hayat, Kinchit Shah, Aizaz Khan and McKechnie, picks itself. Given that Kinchit can ship in with a few off-spinners, the only bone of contention for Hong Kong will be leg-spinner Mohammad Ghazanfar. Recently-capped medium-pacer Ateeq Iqbal could be a good option in his place.

Given Indian batter’s struggle against left-arm pacers, it would not be a bad idea to include one of Dhananjay Rao or Mohammad Waheed – the uncapped duo – a go.

Though India did very little wrong against Pakistan, they were certainly taken aback by the onslaught from No. 11 batter Shahnawaz Dahani, who added a crucial 16 runs off his six deliveries. Arshdeep Singh resorted to bowling short against him and despite the fact that the majority of the wickets fell to such deliveries, it certainly was not advisable against a tail ender who was just waiting for such balls to cut loose.

A full and straight delivery eventually brought about the wicket, which is the length the pacer should have bowled right from the beginning, which could have made the run-chase a tad easier.

India did not play Rishabh Pant against Pakistan thereby making Jadeja the sole left-hand batter. He was promoted to four and along with Hardik, he put on a match-winning stand of 52 before throwing it away in the final over.

It was a redemption of sorts for Hardik, who four years ago in the same fixture, at the same venue and in the same tournament broke down with injury. Now he is not just able to finish matches for India with the bat but his bowling too that has played a pivotal role – an excellent sign with the T20 World Cup on the horizon.

The trio of KL Rahul, Rohit Sharma and Suryakumar Yadav added 30 off 37 deliveries, leaving a lot to do for the rest. They will look to make amends against Hong Kong, who provide them the best chance to get some runs under their belt. That could mean Pant missing out once again.