Hong Kong’s rise and fall: Can they scale greater heights? 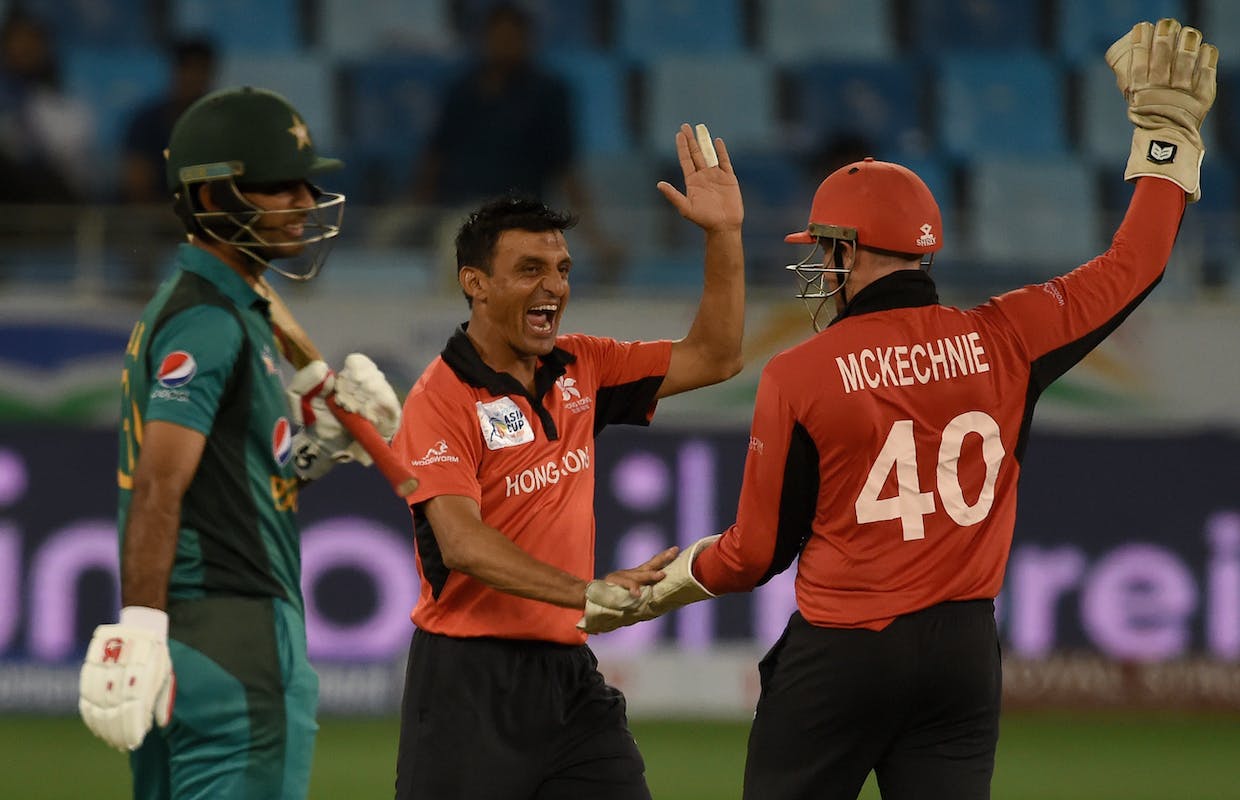 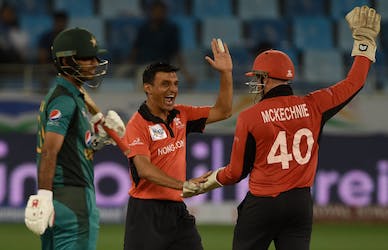 Hong Kong’s rise and fall: Can they scale greater heights?

Hong Kong Sixes was a tournament that the city boasted of during the 90s and early 2000s that saw many current and future international stars take part in creating a carnival-like atmosphere. With the rise in T20 cricket across the globe, Hong Kong then decided to have a 20-over tournament of their own in the form of the T20 Blitz – a tournament that saw established stars like Kumar Sangakkara, Tillakaratne Dilshan, Daren Sammy, Jesse Ryder, Chris Jordan and many others make it a huge success.

The tournament also launched Nepal’s Sandeep Lamichhane, who then went on to play in some of the biggest T20 leagues, including the Indian Premier League (IPL). Moreover, after the Sixes, the Blitz put Hong Kong on the map in world cricket, given their pull to land some of the top cricketers around the world, thereby giving their players much-needed exposure.

Imagine the likes of Anshuman Rath rubbing shoulders and also leading someone of the stature of Sangakkara. The same can be said about players Babar Hayat, Nizakat Khan, Aizaz Khan, Kinchit Shah and many others, who had a glorious opportunity to be up and close with the best, see them train, seek tips and watch their methods when it comes to preparing for a game. 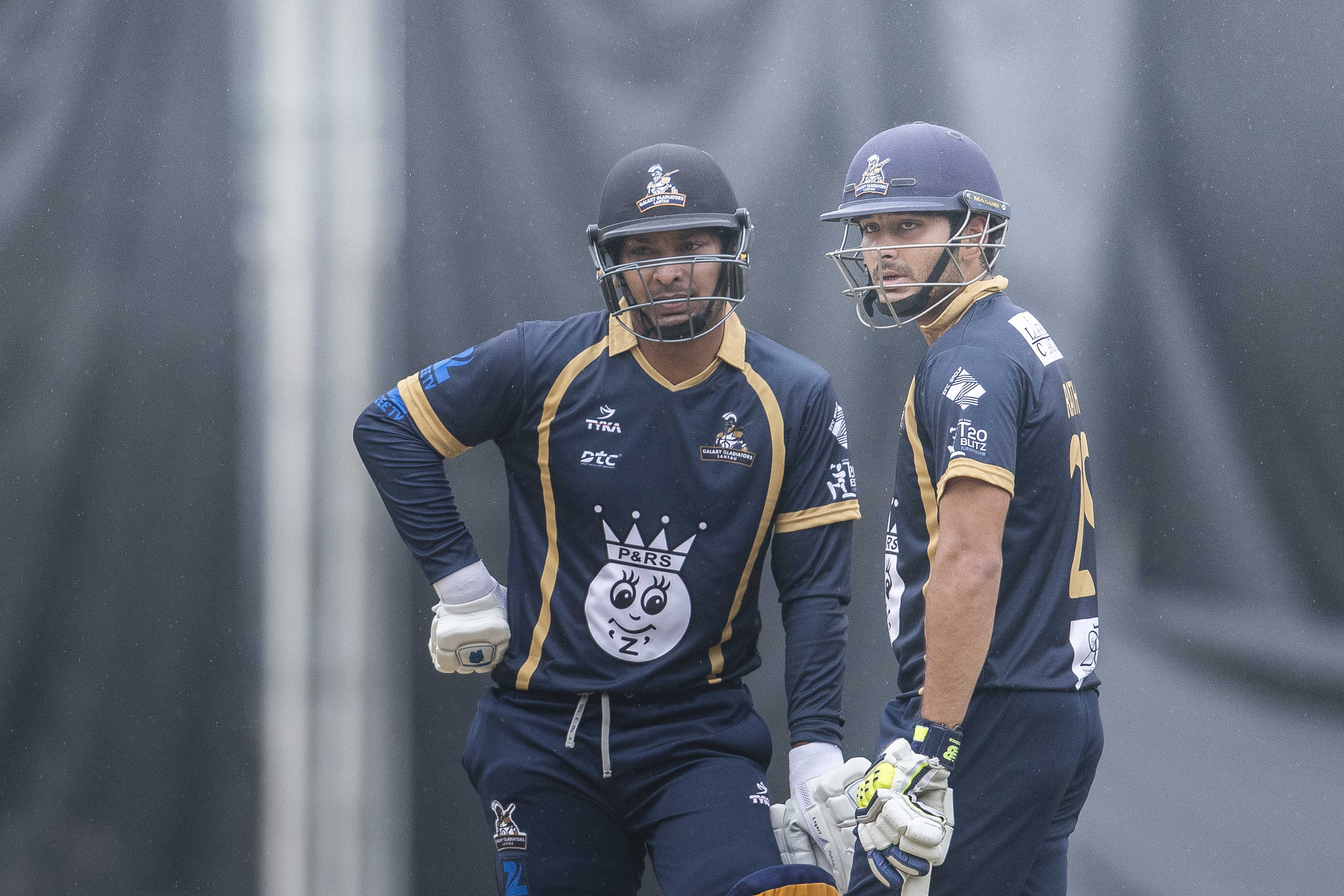 However, it became difficult to access government funds and attract investors, and as a result, we have neither had the Sixes nor the Blitz since 2018. From 2015 to 2018, Cricket Hong Kong (CHK) received government funding of close to USD 1 million, which helped them grow the sport in the country.

Moreover, the outbreak of Covid, coupled with Hong Kong’s rigid restrictions and quarantine rules that followed, it became more and more difficult for cricket to be played there, let alone host a global T20 league.

“When the lockdown started in Hong Kong, we hardly spent time outside as the facilities were closed. We did our conditioning and circuit training at home. Our fitness trainer and our head coach Trent Johnston put in a lot of effort. They came on Zoom and looked after us, give us 4-5 hours of the day,” Nizakat Khan said in a chat with Cricket.com in 2020. 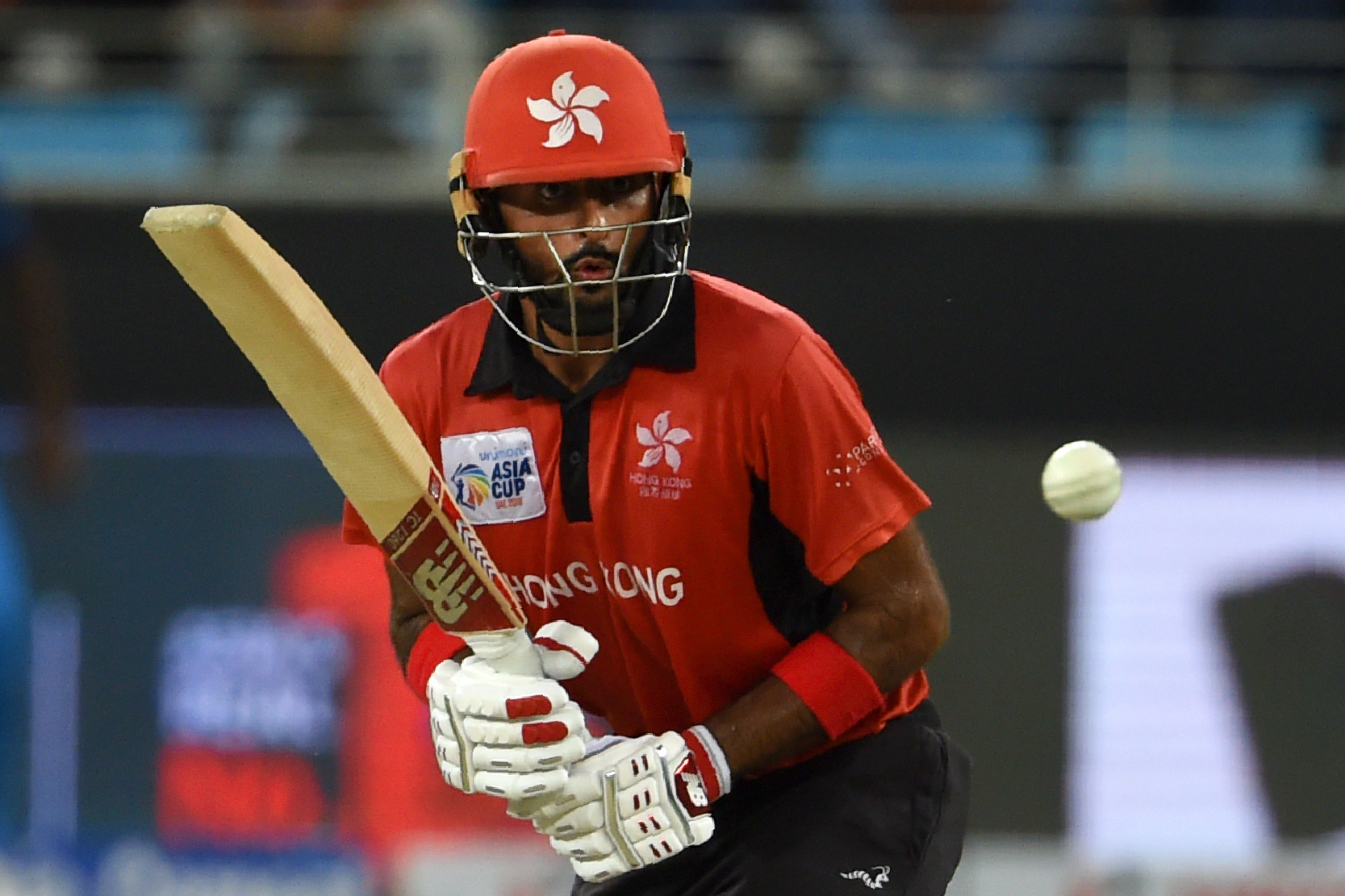 “After the restrictions were reduced and social distancing was lifted, we were allowed to train indoors in HKCC (Hong Kong Cricket Club). We have been training there. We are into very basic stuff. The grounds are still closed because it’s off-season in Hong Kong. So, we’ve been doing our gym work at a university. We usually do our gym work there, and then we do our skill work in HKCC.”

If the challenges were not already steep, two promising players, Irfan Ahmed and Nadeem Ahmed, were banned for life for their involvement in match-fixing. It was a huge gap to fill, especially with the loss of left-arm spinner Nadeem, who is still Hong Kong’s leading wicket-taker in ODIs and in T20Is, he is their third highest wicket-taker, despite last playing international cricket in 2017.

Not to forget, players like Mark Chapman and Anshuman Rath too left to pursue their careers elsewhere. While Chapman rose through the ranks in Auckland and has now forged a career with the Blackcaps, Rath recently switched his allegiance to India. 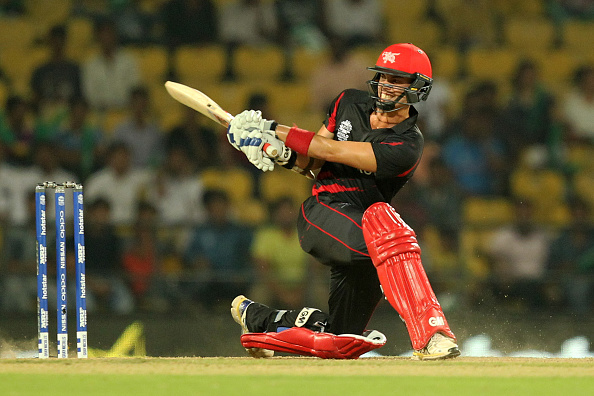 Rath feels there will be more and more players leaving the system in the future as one cannot sustain a career for a long period of time, not just in Hong Kong but in associate cricket in general.

“Financial constraint is one thing in associate cricket, not just in Hong Kong. But I do see the potential of others moving. A couple of young kids who have worked their way through the Hong Kong youth system have now moved to New Zealand to start qualifying there.

“I think it will happen more and more. The sad reality is that Hong Kong cricket does not produce enough to keep people interested. It’s such a sad thing, we were one of the best associate sides at one time – back in 2015 and 2016. I would say we were the best associate sides, along with Scotland and the Dutch. Unfortunately, we haven’t been able to keep our players due to numerous amount of reasons. I think it will continue to happen,” Rath further explained.

Amid all this, Hong Kong also lost their ODI status, further denying them whatever little funding they would receive from the ICC. Their aim was to get it back soon, but they will have to wait a little longer as they narrowly missed out on a place in the World Cup Qualifier play-off as they finished just three points behind Jersey in the World Cup League Challenge Group B.

Yet, they gave India a scare in the Asia Cup in 2018, where Nizakat and Rath forged a huge first-wicket stand. Chasing 286, the duo put on 174 for the first wicket but then fell 26 runs short. To put things into context, Hong Kong, a team that did not even have an ODI status at that point, gave one of the top-ranked sides a run for their money.

They went through the recent Asia Cup Qualifiers unscathed and now have another crack at giving India and Pakistan a scare. They will have to be wary of veteran 37-year-old off-spinner Ehsan Khan, who picked up 10 wickets in three matches in the Qualifiers. He will be Hong Kong’s biggest weapon in the Asia Cup as well. 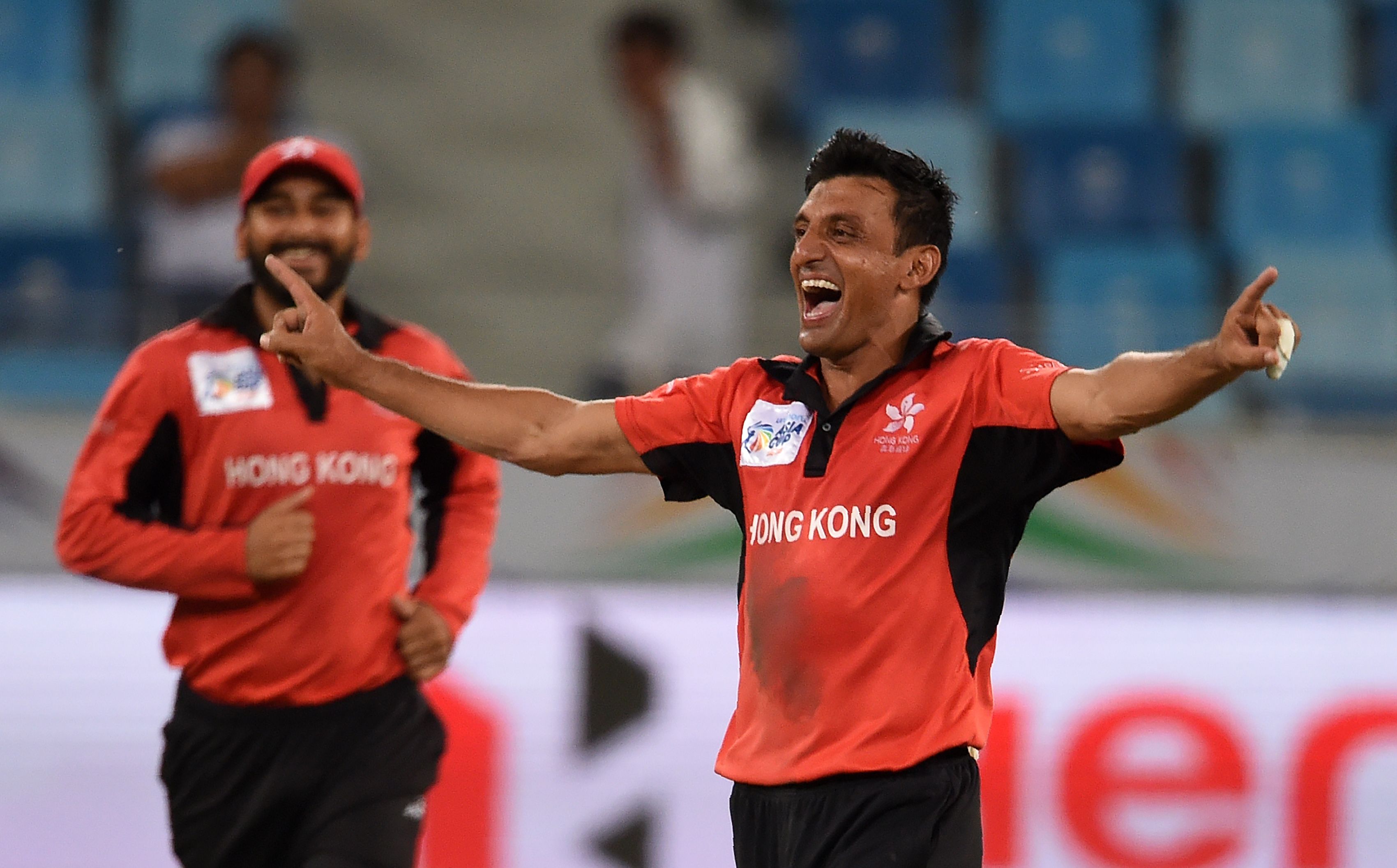 Also, the return of Babar Hayat into the fold for the first time in five years and the experience of Scott McKechnie behind the wickets has certainly been a huge boost for Hong Kong, who will look to continue their good run of form.

Chances are that 23-ranked Hong Kong will not win a single game against India or Pakistan, who are in the top three. They have had mixed results in T20Is of late, finishing sixth in the T20 World Cup Qualifiers out of eight teams, which included two losses to Uganda. Beating UAE – the highest ranked associate side in the Asia Cup Qualifiers and one of the winners of T20 World Cup Qualifiers, was also an impressive feat.

This is perhaps the push Hong Kong needed going into the multi-team event. They’ll hope to give the world a glimpse of their true capabilities.