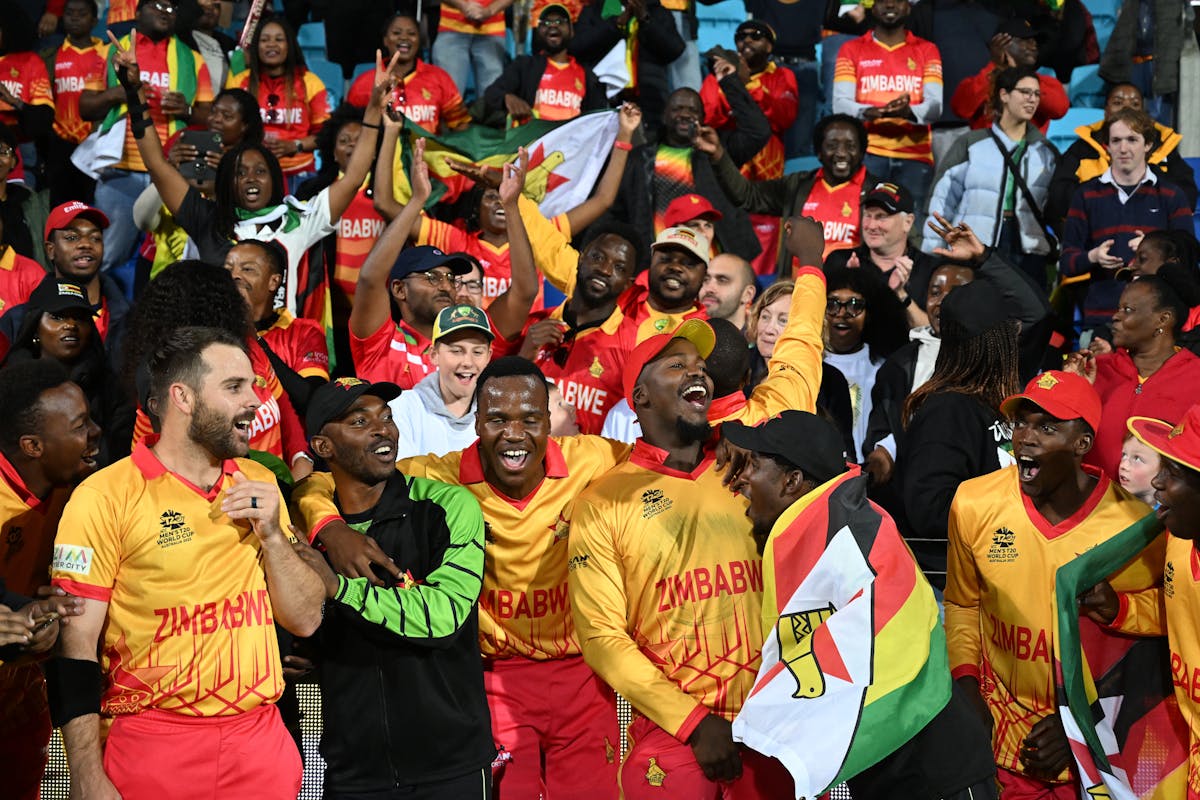 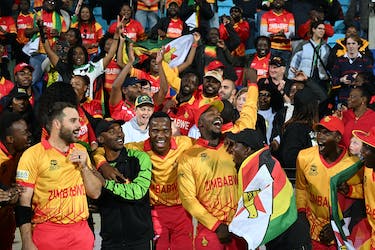 While the Proteas seem to have all their bases covered, they will be put to the test by a resurgent Zimbabwe unit

We have seen Zimbabwe’s rise especially over the last year or so and it has been nothing short of heartwarming. They have gone to-to-toe with top teams in the past and have had the upper hand a lot of times and it promises to be a similar case this time around. From being banned to winning the qualifiers and making it through to the Super 12s, Zimbabwe can be mighty proud of their journey but it would be daft to assume that they may not soar higher.

They will be up against their neighbours South Africa, against whom they’ve lost all the five T20Is, but know a thing or two about underachieving and underperforming at big events. South Africa may have all their bases covered this time around, but they have gone in to a big event with similar aura, but have fallen short – sometimes especially – every time.

Will this be the tournament the jinx is broken?

One of the major worries for South Africa is the form of their skipper Temba Bavuma, who has managed just 64 runs at 10.66 in T20Is this year. He has kept an in—form Reeza Hendricks – 323 runs at a strike-rate of 140 in T20Is in 2022 – out of the XI. Moreover, he has hit fifties in four of his last five innings. 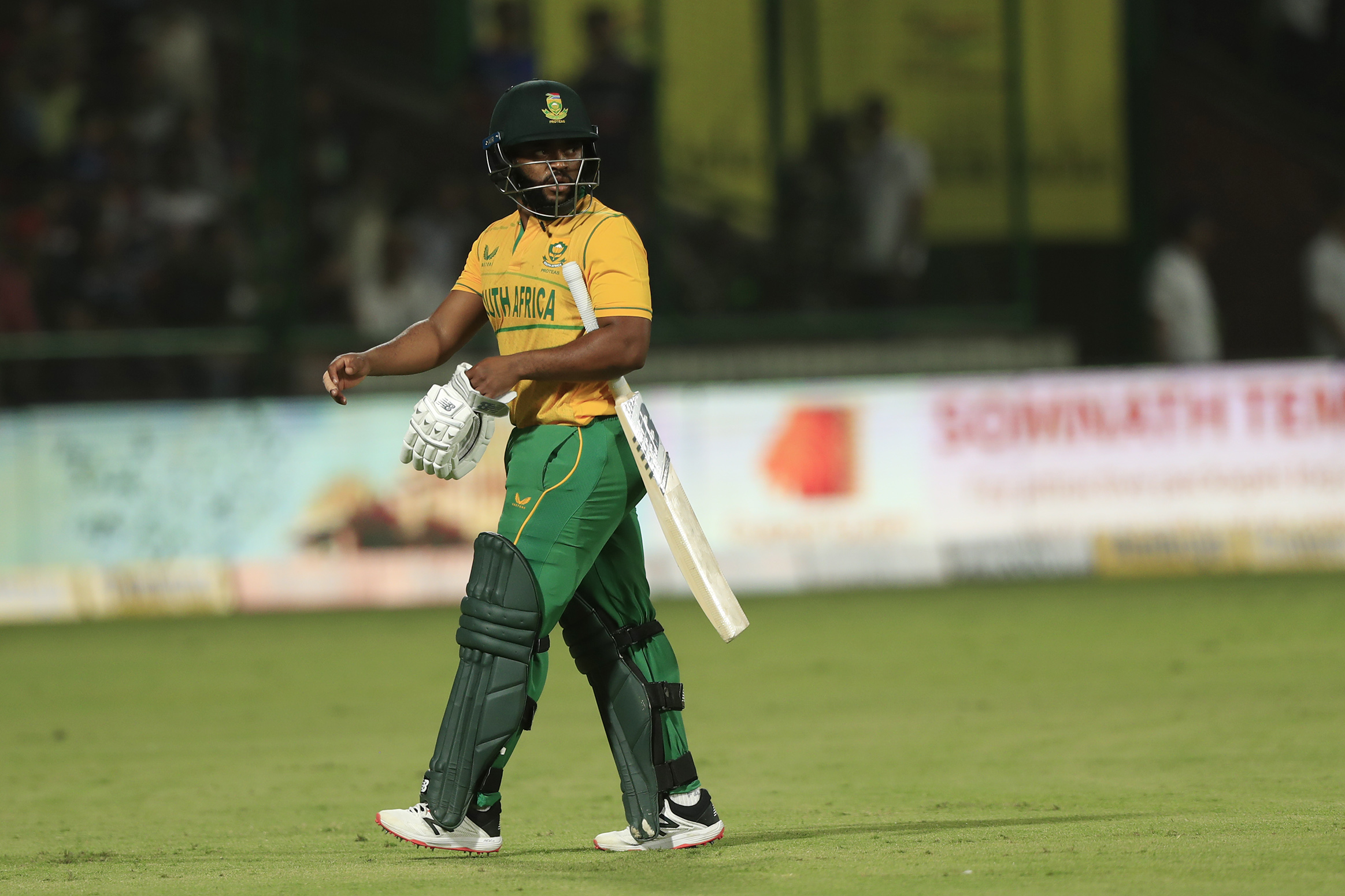 Do South Africa look to slot him somehow? The question is where does he bat? Can’t remove Rilee Rossouw out, given his recent form, Aiden Markram has been a rock for South Africa at four, while the likes of Tristan Stubbs and David Miller who follow give the innings some much-needed impetus in the middle.

Bavuma, as a result, will have to figure out a way to score runs briskly at the top and set the platform for the rest of the innings.

All good for the Proteas batting otherwise?

Quinton de Kock has blown hot and cold this year, having managed just 205 runs at a strike-rate of 127. His average of 22.8 is also the worst for him in T20I cricket since 2018. He managed just 69 runs from four innings in last year’s T20 World Cup as well and it’s safe to say, with Bavuma struggling for runs, the onus will be on de Kock to get South Africa off to a flyer.

Rossouw has taken to international cricket quite well since his six-year absence. The southpaw is hugely boosted with impressive shows in the Pakistan Super League (PSL) and also the Vitality Blast that has propelled him to put up a good show in T20Is as well. In his six innings since his return, Rossouw has hit 231 runs at 57.8 with an envious strike-rate of 181.

As far as Markram – who has consistently struck at 150 against both pace and spin - is concerned, he is not just South Africa’s leading run-getter in T20Is since 2021, he has shown that his best position is No. 4, where he averages over 40 and strikes at 151. In the absence of Rassie van der Dussen, Markram along with Miller and Stubbs will have to share bulk of the scoring.

Speaking of Miller, he has just turned a corner in the last couple of years. Largely utilized at the death, Miller has scored 374 runs at a strike-rate in excess of 200 in the last five overs in T20Is since 2021. He has picked up his game against spin as well, scoring at over 144 and against the pacers that goes up to 175.

How about the bowlers?

While the spin duo of Keshav Maharaj and Tabraiz Shamsi have managed to pick up wickets at regular intervals, but it is the rate at which they concede the runs is the worry. The South African spinners conceded runs at 8.8 an over since the end of the T20 World Cup 2021, which is the worst among the top 10 teams.

However, the progress Shamsi has made over the last couple of years is quite impressive.

Lungi Ngidi has been among the in-form fast bowlers for South Africa of late. He is the leading wicket-taker for them in T20Is this year with 15 scalps at 15.9, and since 2021, he has picked up two or more wickets on seven occasions in 16 innings and has gone wicketless just four times.

He will look for support from the other end he perhaps could not ask for a better set of pacers in Kagiso Rabada, Anrich Nortje, Wayne Parnell and Marco Jansen.

Who’ll be key for Zimbabwe?

It’s safe to say Sikandar Raza has been in the form of his life. He has started the tournament off on the right foot, having hit 136 runs at 45.33 (SR 172.2) and with the ball, he has struck five times giving away just 5.5 an over.

Raza has turned it around this year, especially with the bat, where he has scored 652 runs (SR 156) that that has included as many as five fifties – a significant improvement.

Raza has been severe against spin in the tournament so far striking at nearly 185, but at the same time, he has not fared badly against the pacers too having scored at 163, but he has fallen thrice to them, scoring at an average of 25.

Needless to say, he will be pivotal to Zimbabwe chances again.

The great news for Zimbabwe is that many key figures in their ranks like Sean Williams, Blessing Muzarabani and skipper Craig Ervine have got some games under their belts which they lacked due to injuries ahead of the tournament. They go into this match having played in the first round and have warmed up well.

What does Jongwe bring to the table?

Luke Jongwe has been a key figure in Zimbabwe’s resurgence. Since 2021, he has picked up 41 T20I wickets – the most from his side.  He has been brilliant for Zimbabwe in this period especially in the death having picked up 20 wickets at an economy rate of 8.2, striking once every 12.2 deliveries.

With a couple of left-handers in South Africa’s top five, Jongwe could also be a handful against them give that he strikes every 10.1 deliveries against them.

If Zimbabwe think their rise has been commendable, they will be put to the sword against South Africa. If they come out on top, their it would give the Chevrons to greater heights.