How many batsmen have been dismissed in the 90s in IPL? 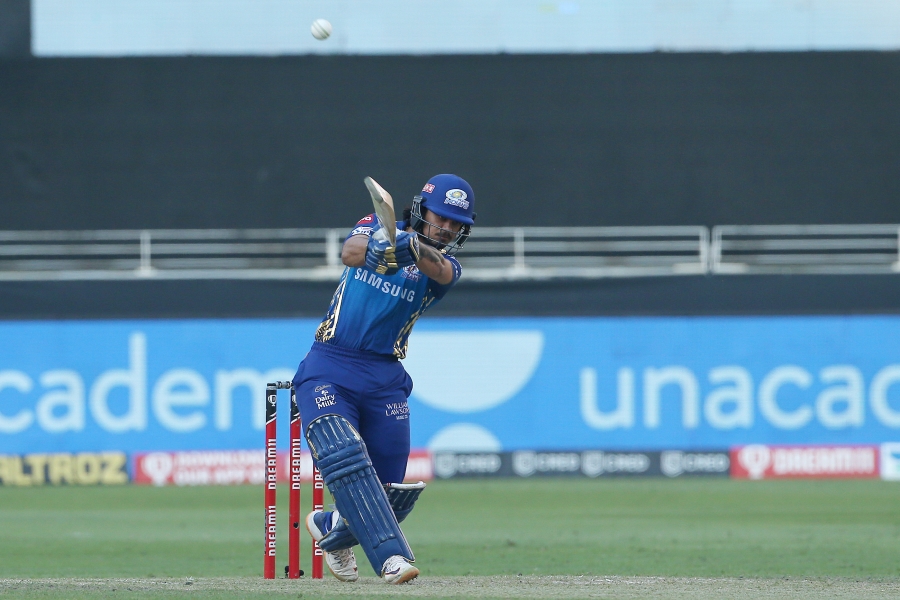 How many batsmen have been dismissed in the 90s in IPL?

In one of the games against Mumbai Indians, Chennai Super Kings’ top four batsmen combined to make just three runs. Is this the lowest by the top four in an IPL innings? – Ajay Kamat on Twitter

The match you are referring to is their encounter on 23 October 2020 at Sharjah when CSK’s top four batsmen – Ruturaj Gaekwad (0), Faf du Plessis (1), Amabati Rayudu (2) and N Jagadeesan (0) managed just three runs between themselves. This is now the fewest runs made by the first four batsmen in the same innings in an IPL match. Previously, the fewest was the four runs, when Brendon McCullum (0), Mahela Jayawardene (4), Parthiv Patel (0) and Raiphi Gomez (0) aggregated while playing for Kochi Tuskers against Deccan Chargers at Kochi on 27 April 2011. Interestingly, in that game, the top six Kochi batsmen could manage just four runs, with both Brad Hodge and Kedar Jadhav were also unable to make any run. There were also two other instances of the top four contributing five runs in IPL.

Shikhar Dhawan recently received a Man of the match award though his team Delhi Capitals lost the match against KXIP. How often has this happened in IPL? – Suresh Bhaskar on Twitter

Overall, there have been 15 instances of a player receiving a Man of the match award despite their team losing the game. Shikhar Dhawan is the 14th such player to do so, with Yuvraj Singh being the only one to receive the MoM award twice for a losing side – for KXIP in 2009 and then for Pune Warriors in 2011. Dhawan (106), incidentally is the only third player to receive an award after scoring a century. The others being Yusuf Pathan (100) for Rajasthan Royals in 2010 and Virat Kohli (100) for RCB in 2016. Likewise, three bowlers won the Award after picking up a five-wicket haul – Sunil Narine (5/19) for KKR in 2012, Adam Zampa (6/19) for Rising Pune Supergiants in 2016 and Aniket Rajpoot (5/14) for KXIP in 2018. Incidentally, Zampa’s figures are the third-best in IPL and are still the best by a spinner.

Are 10-wicket victories a rarity in T20 cricket? – Akhil Shetty on Twitter

As of date, we have had 117 instances of a 10-wicket victory in T20 cricket out of approximately around 9100 games, which is about 1.28% of the overall total. In T20 internationals there have been 22 instances (2%) and in IPL there have been 13 such instances (1.6%). Incidentally, this IPL season we have had two such instances, the joint-most in a season after 2017. For the record, RCB has won by this margin on three occasions – the most by any side, while CSK and MI have done it twice. Among losing sides, KXIP have been at the receiving end on four occasions!

How many batsmen have been dismissed in the 90s in IPL? – Anand Kumar on Twitter

Chris Gayle’s 99 for KXIP against RR at Abu Dhabi was the 34th instance of a batsman being dismissed in the 90s in IPL. In all 29 batsmen have had this misfortune. Glenn Maxwell for Kings XI Punjab, all during the same season (2014) and fellow Aussie, David Warner, for Sunrisers Hyderabad, have done it on three occasions, while Chris Gayle, one each for RCB and KXIP, has done it twice. The summary of batsmen being dismissed in the 90s in IPL cricket is as follows: 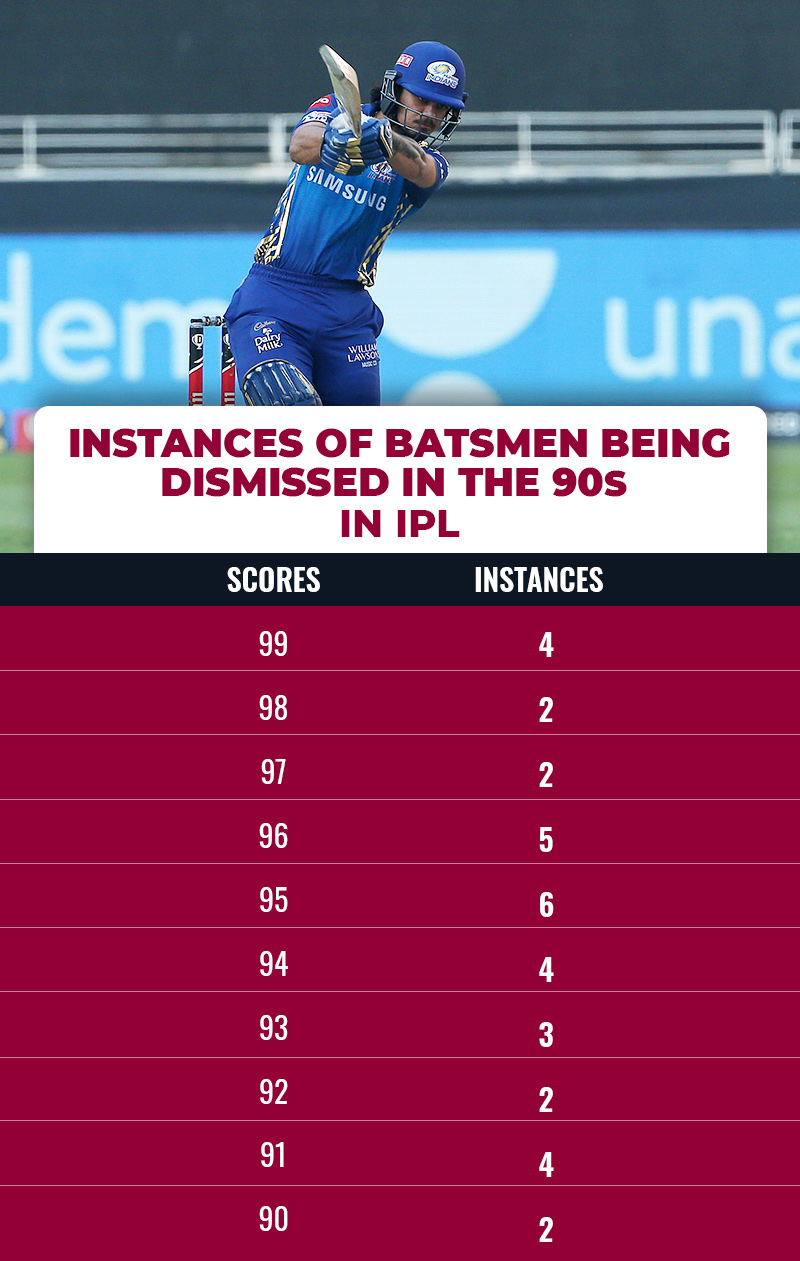 ** There are also 31 instances of 22 batsmen remaining unbeaten in the 90s in IPL cricket. Virat Kohli and Shikhar Dhawan have done this on three occasions each!

** If we are to combine both the dismissed and unbeaten instances of batsmen in 90s, then David Warner (5 times), Virat Kohli and Chris Gayle (4 each) and Shikhar Dhawan, Shane Watson and Glenn Maxwell (3 each) have done it most times in the IPL.

Could you provide similar details for Mumbai Indians, as you did for Chennai Super Kings - i.e their position at the end of each IPL season – Sreejit R on Facebook 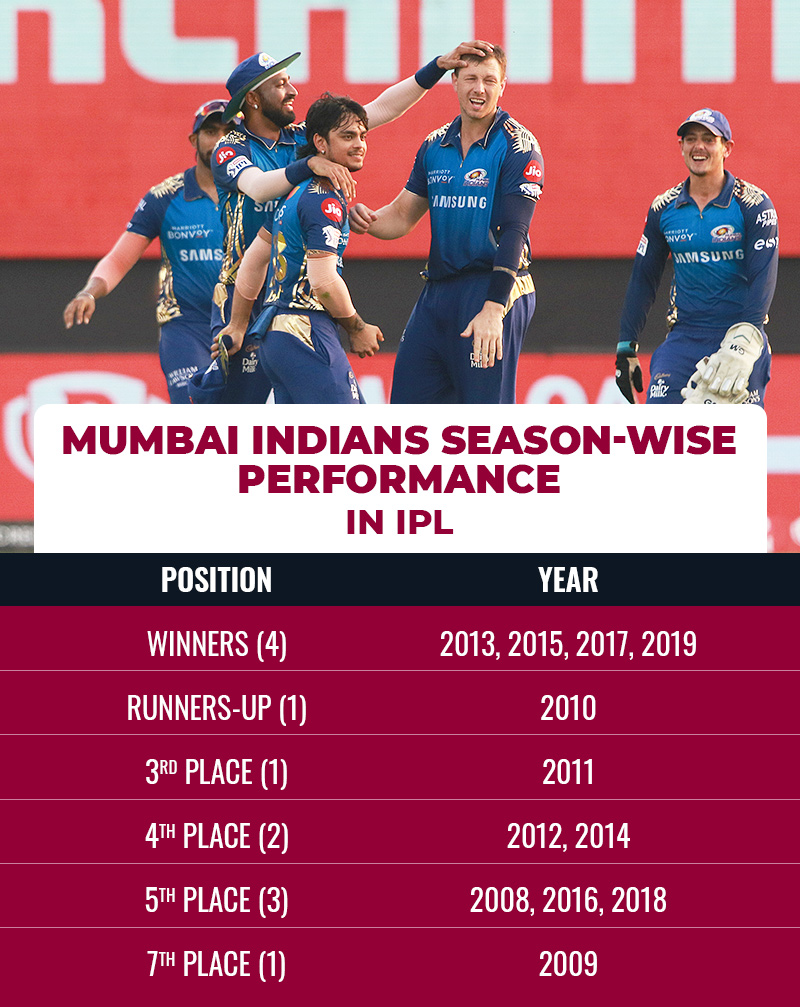 Has any side won the Fairplay award and the IPL title the same season? – Sreejit R on Facebook

Three sides have done it. Chennai Super Kings, twice in 2010 and 2011 and Sunrisers Hyderabad in 2016. The full details are as follows: 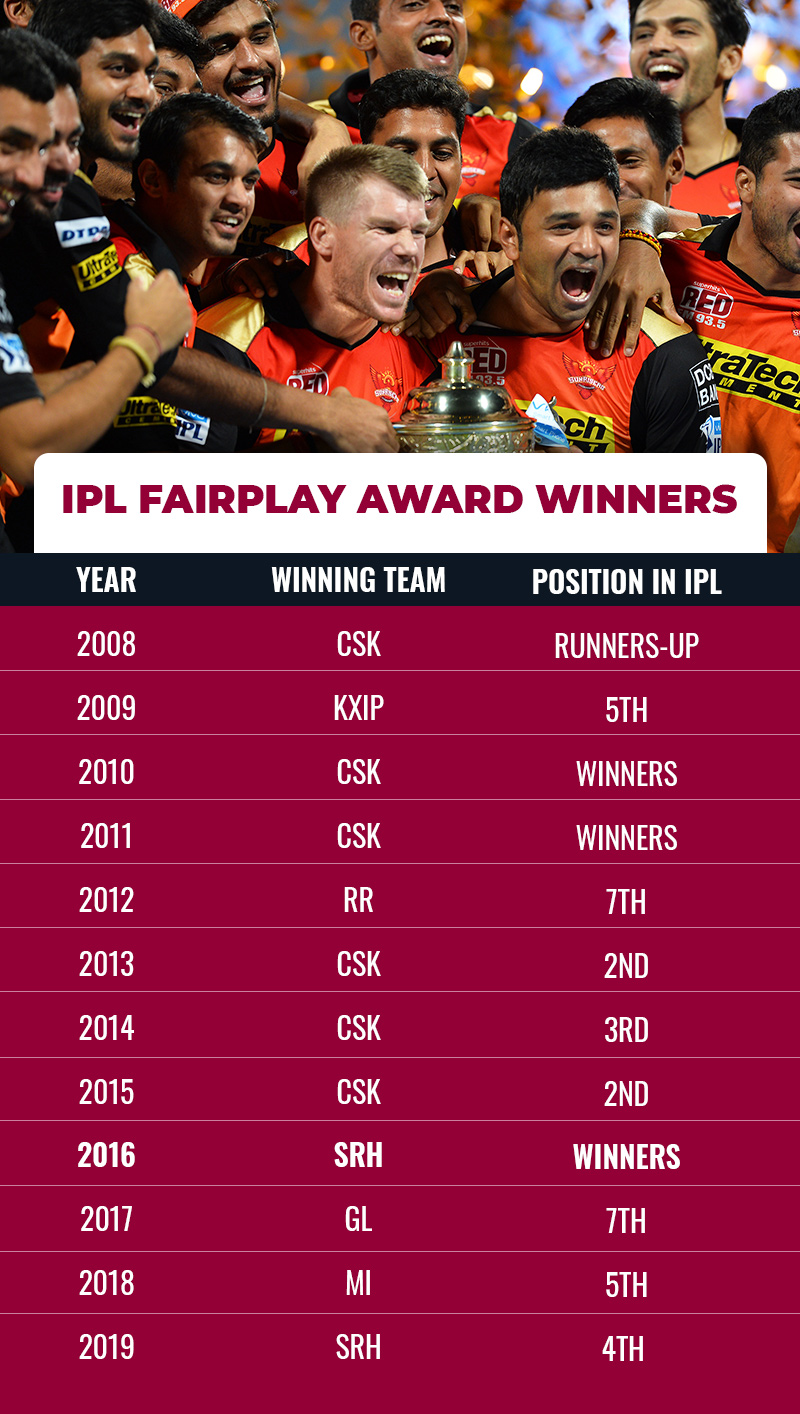 All records mentioned above are correct and updated as on November 2, 2020

STATS BURST
Which visiting side has the best ODI record in Australia since 2000?
In this series, your cricket-related queries will be answered by our expert statistician