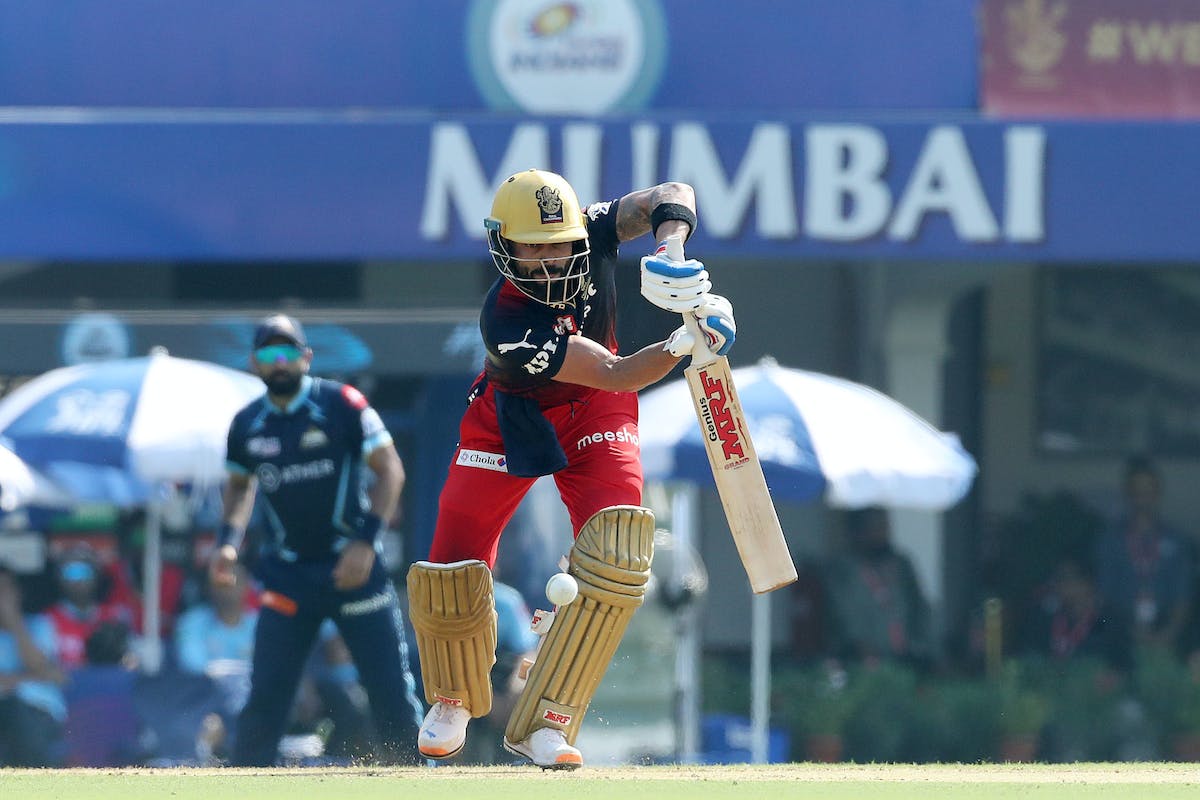 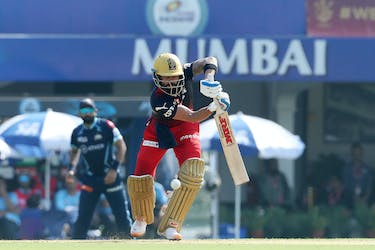 Royal Challengers Bangalore captain Faf Du Plessis felt that Virat Kohli's 53-ball 58 against Gujarat Titans on Saturday was a step in the right direction as he hoped for big scores from top-four batters.

Kohli fifty helped RCB to a score of 170/6 in 20 overs, but Rahul Tewatia (43 not out off 25 balls) and David Miller (39 not out off 24 balls) ensured that Gujarat got over the line with three balls to spare and six wickets in hand. The win made sure Gujarat maintained their top position in the table while RCB are fifth after 10 matches with five wins and as many losses.

"We tried to get 175-180. They bowled well in the middle and kept us down. We started well with the ball but they played under pressure really well as they are in the tournament," Du Plessis said at the post-match presentation.

RCB's mid-season signing Rajat Patidar was also among runs as the youngster scored 52 off 32 balls while adding 99 runs for the second wicket alongside Kohli.

"Patidar played really well and with confidence. After two bad performances with the bat, coming back was good. But the bowlers being taken down by good batting took it their way," Du Plessis said.

Kohli after a lukewarm season where he scored 128 runs from the first nine matches, bounced back with a well-paced fifty.

"It was a huge step in the right direction to get a solid 50. You want one of your top 4 to get the 70s in the future, so it's good," Du Plessis said.