I see another five-year cycle in Virat as the Test captain: MSK Prasad 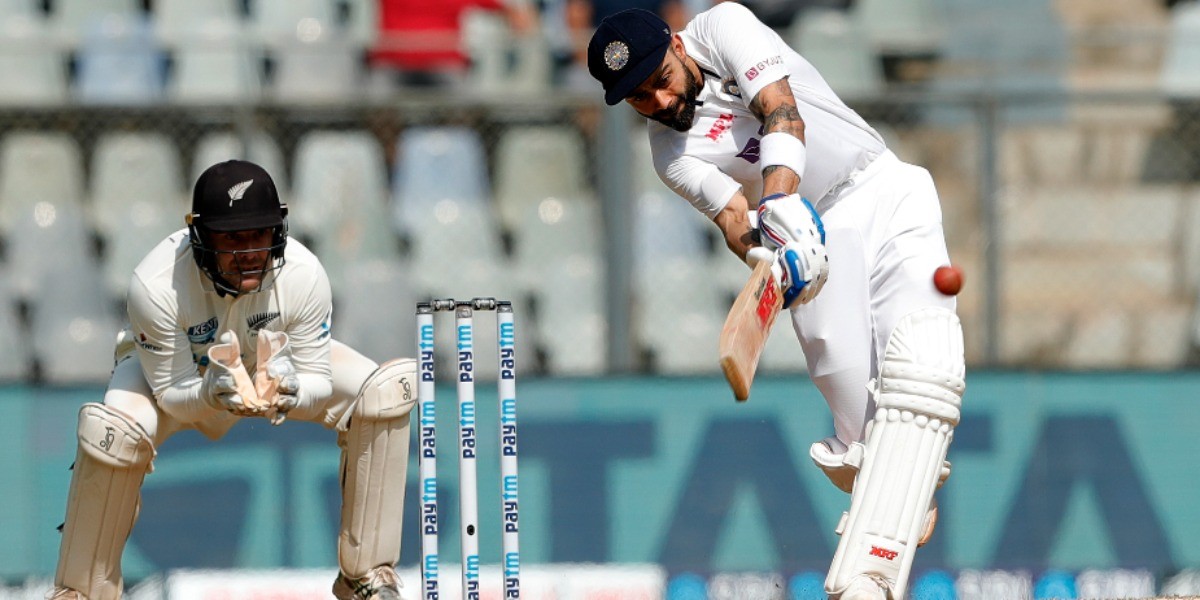 I see another five-year cycle in Virat as the Test captain: MSK Prasad

In an exclusive chat, MSK Prasad shared insights on the performance of the team and the leadership options for the side

After enduring a torrid time in the recently concluded T20 World Cup, the selectors will face an uphill task naming the squad for India's tour to South Africa later this month. With Virat Kohli stepping down from the leadership role in the shortest format of the game, there are doubts pertaining to his role as the skipper of the ODI side.

However, former chief selector of the national side, MSK Prasad, feels the selectors should take a call after the T20 World Cup in the coming year.

In an exclusive conversation with cricket.com, he says, "In the 2017 Champions Trophy, we were finalists, the 2019 World Cup, we were at the top of the table, and unfortunately, all of us know that the weather has also played a big role in that game.

If you see the way he has led ODIs, I don't think Virat has led that badly. You have given him two ICC trophies; one, he has taken the team to the final, the other we lost in the semi-finals under peculiar circumstances," he added.

It is up to the selectors to take a call whether they want to stick with Virat for ODIs and Rohit for T20. He has definitely thrown a challenge by not quitting ODIs, so maybe from his perspective, he must be thinking that he has done well, which is fair to an extent. But, yes, in the T20 World Cup, we have miserably performed, and we have failed in every angle.

I personally feel instead of taking a call right now, let Virat lead those seven games, and subsequently, after the T20 World Cup, you take a call.

Prasad also felt that Team India should only look at two leadership options as opposed to three for all different formats.

"I don't think we should be having three captains. We should stick to two captains only, so right now, Virat for Tests and ODIs and Rohit for T20s. Or if the selectors feel one captain for white-ball cricket. Maybe in the future, if KL Rahul establishes himself as a Test cricketer, he is the guy to look out for," he said.

With the Indian side dominating in the longest format, the former right-handed batter heaped praises on skipper Kohli for the performances of the team away from home.

"I am seeing another five-year cycle in him as a captain for Test cricket because he is a fantastic captain and the energy that he brings in Test cricket is absolutely different.

If you see, we have won in Australia twice, though we might not have won in South Africa or England, we had a fantastic series there and let's not forget that we were the finalists of WTC also. I don't see any new captain leading red-ball cricket in the next three to four years," he said.

With the emergence of Rishabh Pant and KL Rahul as mainstays in the Indian side in red-ball cricket, Prasad feels the duo can be groomed as leaders for the future.

"I totally agree with it, and fortunately for them, there is a training ground that is happening, which is the IPL. I know leading red-ball cricket and leading in white-ball cricket is a little different, but at the end of the day, it is all about leading and developing leadership qualities. I think the franchise cricket, at times, will have more pressure than playing for the country. So, they are getting trained nicely, and once the maturity level dons on them, we should be looking at them for the future but not right now. Maybe in the future, if KL Rahul establishes himself as a Test cricketer, he is the guy to look out for."

Prasad also shared insights on the two possible candidates his team of selection committee groomed for the future.

"Me and my selection committee were always thinking of grooming young leaders; that is the reason why Shreyas Iyer has been groomed through India A cricket, and we have given him captain in the shorter format that is ODI, and we have Hanuma Vihari as the captain for the longer format, thinking that these are the leaders who will take it forward when they represent the game at the highest level, " he concluded.