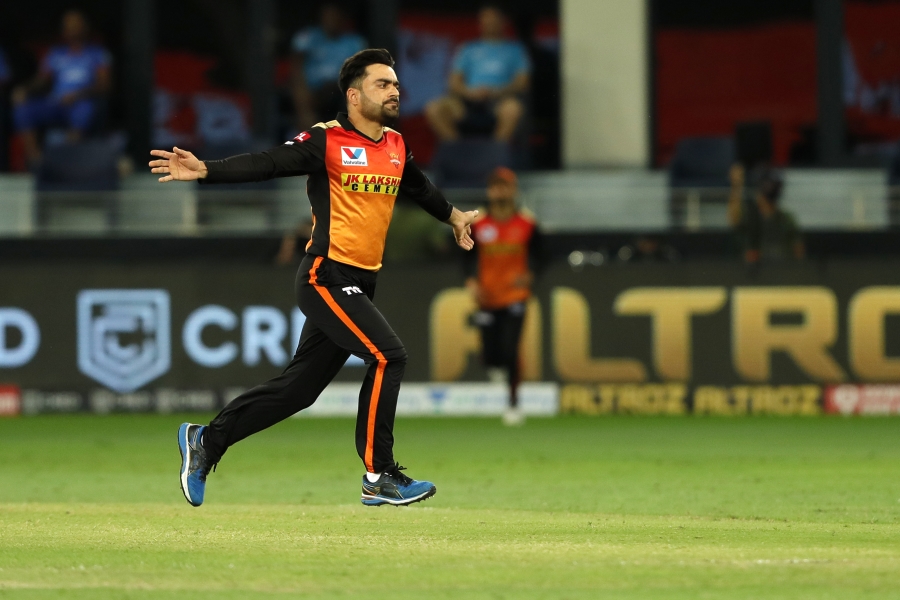 Rashid Khan continues to bamboozle batsmen in the Indian Premier League and the Afghanistan leg-spinner credited his astonishing success to bowling with a clear mind.

Going into Tuesday's (27 October 2020) contest against Delhi Capitals in a do-or-die situation, Sunrisers Hyderabad registered a comfortable 88-run win to stay alive in the race for the play-offs.

Rashid returned the incredible figures of 4-0-7-3 to make a significant contribution in Sunrisers' win.

"I just go with a clear mind, that's my biggest strength. I want to bowl a good line and length, no matter the situation. You have to mix up and play with the batsman's mind, and see the weak zone and strong zone of the batsman as well. So I keep those things in mind," Rashid said at the post-match presentation ceremony.

The Afghan bowled 17 dot balls in his four-over quota.

"Winning the game was the most important. The wicket was helping a lot. What I'm mainly focusing on is to bowl economically, whether I get wickets or not. Dot balls help me to get wickets and it also helps the other end to get wickets," he said.

His skipper David Warner was a happy man at the end of the match.

"The game before, we were disappointed with that chase. We defended last game, and with two world-class bowlers in (Anrich) Nortje and (Kagiso) Rabada we decided to go after it," said the Australian.

"I went a little 2009 and opened my front leg to take it on. I took a bit of responsibility at the top of the order, and take it to the bowlers. It's tough to play orthodox cricket in these conditions, so I have to open up 360 degrees," he said of his batting style today.

The skipper added that it was a difficult decision to leave out Jonny Bairstow and replace him with Wriddhiman get Saha but the move paid off.

"Incredible knock from Saha though and his strike-rate in the powerplay was incredible. Unfortunately he's got a little groin niggle but hopefully it isn't too bad."

Capitals skipper Shreyas Iyer said he won't be "bogged down" by the massive defeat.

"We still have two games. One win is all we need - we've been waiting for that since the last three games. This loss is definitely going to motivate us. I think we lost it in the powerplay itself, when they got 70+ runs," he said.

"We need to have a strong and positive mindset. These loses are no going to put us down. We've been doing amazing before these three matches, and it shouldn't get to our heads," Iyer added. 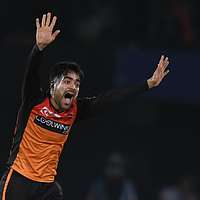