I do a lot of scenario practice: Karthik on honing his finishing skills 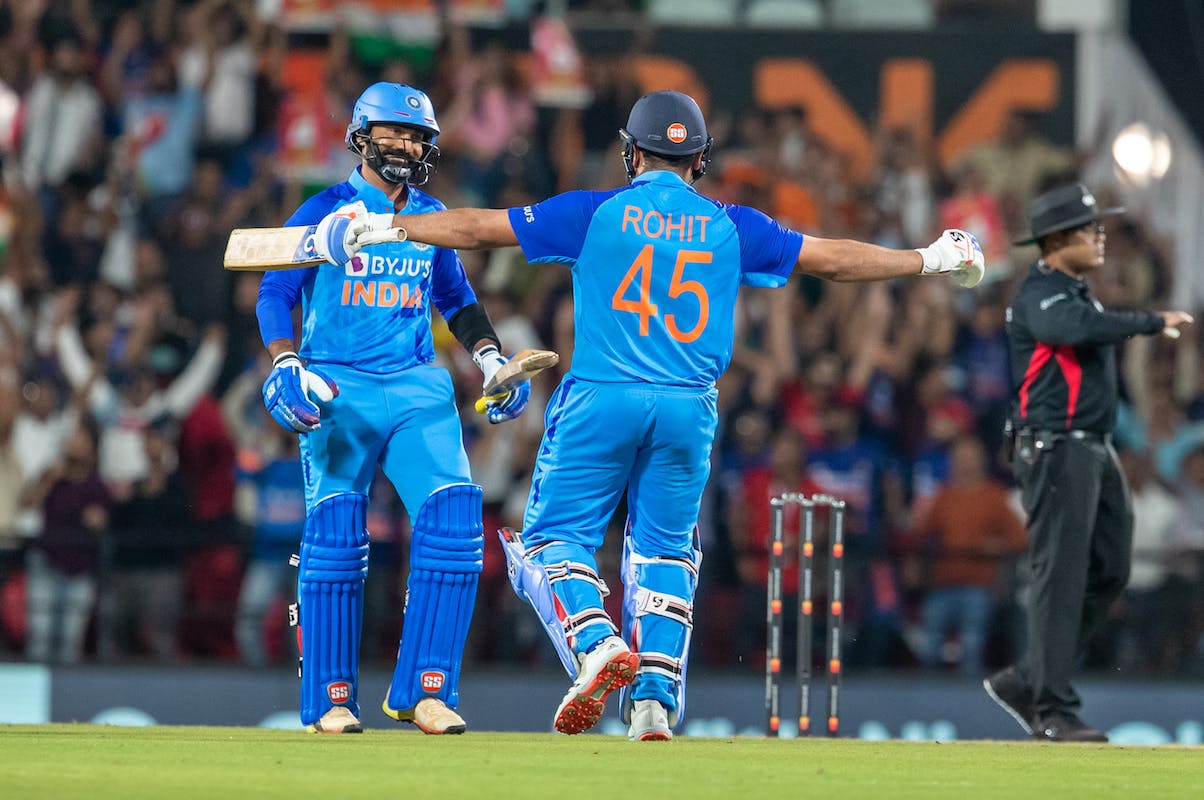 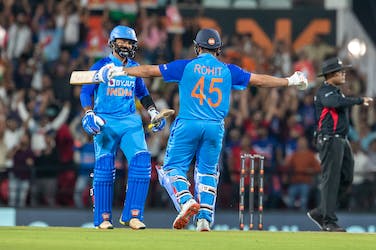 I do a lot of scenario practice: Karthik on honing his finishing skills

In an eight-over side game at the Vidharba Cricket Association Stadium, Jamtha in Nagpur, Team India showcased all-around dominance to register a comprehensive six-wicket win against Australia in the second T20 international and level the three-match series.

After opting to bowl first, the Men in Blue were set a target of 91 runs courtesy of a brilliant knock of an unbeaten 43 from Matthew Wade. In pursuit of 91 runs, Rohit Sharma and KL Rahul were off to a flyer as they amassed 20 runs in the first over. However, the hosts lost wickets at regular intervals, and the equation was down to nine off the final over, with Dinesh Karthik on strike.

The wicket-keeper batter, who has been the new finisher for the side since his heroics in the Indian Premier League, smashed a six and a boundary off his first two deliveries to guide India over the line by six wickets.

In a post-match press conference, he shared insights on his training pattern and said, "Over a period of time, I have been practising doing this for a while. I have been doing it for RCB, and I am happy doing it here. It has been a consistent practice, and when I do get some off-time, I do scenario training."

"Vikram Rathore and Rahul Dravid have been really accommodative and allowed me to practice the way I want and the shots I want, which has helped. I don't practice too much, but I keep it as specific as possible," he further added.

There 37-year-old also addressed the growing concerns about his batting position in the recent past and explained the logic behind the team management's decision to send Axar Patel ahead of him in the first encounter.

"There are times when the team management feels that Axar Patel can go and target the spinners and take them on. Having a left-hander against leg spinners is always a great match-up, and that is the reason we try and do it, depending on how the game is unravelling at that point in time," he said.

The right-handed batter also heaped praises on skipper Rohit Sharma for his blazing knock of an unbeaten 46 off 20 deliveries that set the foundation for the home team.

"Rohit Sharma played an outstanding inning today. The way he batted against the new ball to world-class bowlers and the shots he executed were not easy. His ability to play fast bowlers is second to none, and that is what makes him very special," he said.

Karthik also credited the role of Hardik Pandya in the side and the freedom he allows the team management in picking the playing XI. "We needed only four bowlers today because the bowlers could bowl two overs each, and we, in fact, have five today. That is the luxury of having a world-class all-rounder in Hardik."

"If he is in the team, your XI becomes balanced, and you can play an extra batter or bowler depending on the situation; that's what makes him so special. Axar Patel, also coming out with the bat in various stages of the game, will help Indian cricket because that helps in the balance of the side," he further added.

Despite relentless showers on the morning of the game, the two sides were very keen to play and give the fans something to cheer. Explaining the reason behind the same, Karthik said, "We were very keen to play, and for one reason only, I think from the time we started right up to the ground, there was crowd throughout. With the amount of people standing on the ground, we knew it was a special occasion for us."

"After covid, there have not been many situations where people have come to the city and been through the whole drive from the hotel to the stadium. Obviously, at the start, we felt it might be hard, but I guess both teams were very courageous."

"The conditions were good when we fielded, not the best but both the teams played the game for the city of Nagpur because they came in large numbers. They are one of the loudest crowds and really happy to play, and it takes the series 1-1 to Hyderabad, but to play for the people of Nagpur was very, very special," he concluded.