I played the team that I thought was the best: Kohli 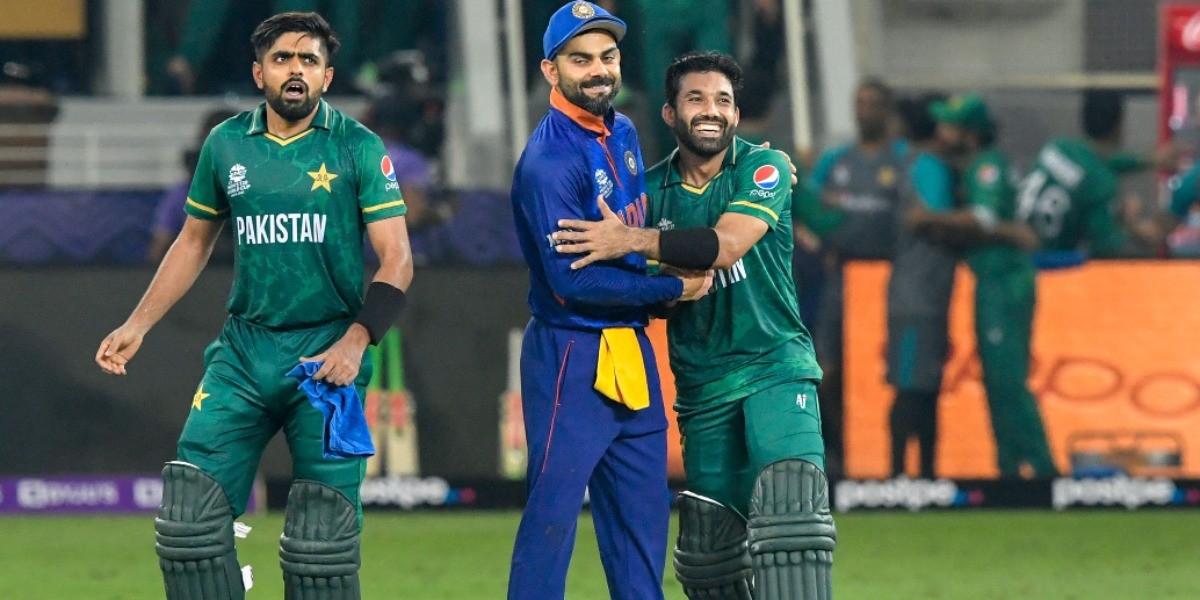 I played the team that I thought was the best: Kohli

The Indian skipper accepted that they were completely outplayed by India

Indian skipper Virat Kohli didn’t shy away from accepting that they were completely outplayed by Pakistan in their first game of the T20 World Cup 2021 on Sunday (October 24). This was the first time Pakistan defeated India in World Cups. The Men in Blue could only manage a below-par total of 151 in Dubai and Pakistan chased it down without losing a single wicket.

"They (Pakistan) definitely outplayed us. There's no doubt about that. You don't win by ten wickets if you don't outplay the opposition. We didn't even get any chances - they were very professional and you definitely have to give them credit. We tried our best and we tried to create enough pressure on them, but they had the answers. There is no shame in accepting that a team played better than you,” said Kohli.

"When you step onto the field as 11 players from either side, you have an equal opportunity to win the game and there's no guarantee that you will go out there and win every match. But, having said that you also don't go out there being casual, right? So, we tried our best, we made a decent total out of our situation and we thought we could put them under pressure, but they didn't let us come into the game at any stage. They definitely deserve the credit for finishing off the game very strongly and not allowing us to put any pressure on them through the innings."

Kohli said it would not have been the end of the world for him even if his team had won. However, when Kohli was asked if his team was over-confident and wasn't thinking about the Pakistan game, the 32-year-old said: "You know, it's amazing what the realities and what ideas people have on the outside. I just wish they could put on our cricket kit and actually walk into the field and understand what pressure is.

"You don't go out there to take anything lightly, especially a team like Pakistan who on their day can beat anyone in the world. This is a game that has to be respected, and we are a team that definitely respects the game, and we do not think that winning one game is the end of the world, and no other team should think that.

"This is a very big game. Cricket is beyond and above anyone else, any individual, and we definitely respect the game. We never take any opposition lightly, neither do we differentiate between oppositions. That's how we play our cricket. On the day if we haven't played good, we accept it and we give credit to the opposition, as well. We don't create any other scenarios other than knowing what went wrong and trying to correct that and move forward in a positive manner."

Kohli said batting became a bit easier in the second innings but also accepted that they were at least 20-25 runs short. India lost Rohit Sharma, KL Rahul and Suryakumar Yadav inside the powerplay and could only manage 36 runs in that phase. It was only because of Kohli (49-ball 57) and Rishabh Pant (30-ball 39) India touched the 150-run mark.

“I wouldn't say that it (conditions) became very, very difficult but if the pitch becomes a little better to bat on, you get off to a start, you start feeling more confident about the chase and that's what happened. The more dew came in towards the second half of the Pakistan innings, ten overs onwards and they were able to rotate strike. We weren't even able to get dot balls in because the pitch was obviously providing a bit more pace for the batsmen to work with. The slower balls were not holding up as much,” said Kohli.

“So, these small little factors, they make a massive difference and as a team you need to understand what was the reality of the situation out there in the middle and that's where those 20-25 extra runs would've been good. But brilliant bowling in the first six didn't allow us to get those extra runs. We know how exactly the game went and where it went wrong and we have absolute clarity of that. That's a good thing to know where you went wrong so that you can work on it and try and correct it and move forward. We still have a lot of matches in this tournament and if we stick to the processes we follow we definitely feel like we can overcome these mistakes."

When asked about playing Ishan Kishan in place of Rohit Sharma, Kohli said: "I played the team that I thought was the best. What is your opinion? Will you drop Rohit Sharma from T20 internationals? You'll drop Rohit Sharma? Do you know what he did in the last game that we played? Yeah?"

The Indian skipper also heaped heavy praise on Shaheen Afridi who claimed three big wickets and was named Player of the Match. The left-arm seamer dismissed Rohit for a golden duck and then knocked over Rahul with a superb inswinger. He then also got rid of Kohli in the 19th over to make sure India didn't get those extra 10-15 runs.

“He did bowl very well with the new ball. I think he hit the right areas to pick up wickets, and in T20 cricket you need good execution to pick up wickets with the new ball, and certainly he did that, so credit to him. He put our batsmen under pressure immediately with the new ball, and he ran in with intensity and showed that he's bowling in consistent areas, so as batsmen you are forced to be a bit watchful, and yeah, that spell kind of put us on the back foot immediately, and from there on to get those extra 20, 25 runs in the end seemed pretty difficult when you lose three wickets for 20 runs.”

Most of the Indian players have been playing non-stop cricket. The likes of Kohli, Rohit, Rahul, Pant, Jasprit Bumrah and few others played five Tests in England and then directly came to the UAE for the second half of IPL 2021. Once the T20 league got over, they joined the T20 World Cup bio-bubble. India will play their next game against New Zealand on Sunday (October 31) and Kohli said this gap will help them regroup.

“I think it (the break) works really well for us from all points of view, knowing that we've played a full-fledged season already. We've played the IPL, which is very high-octane by itself in testing conditions here in the UAE and then we come into the World Cup. So, for us, these big breaks are definitely something that will help us as a team to be in the prime physical condition that we need to play this high-intensity tournament.

"A T20 World Cup is always a high-intensity tournament. It will help us to regroup as a team to get to the practice sessions, eager to execute the things we want to and prepare in a very confident manner and then arrive on the day again to make sure again this time we execute our plans. We have enough confidence in our ability that with this preparation time we will come out once again being in a positive frame of mind. So, for us as a team, personally I can say it's a good thing that is happening. We will have time to reflect and prepare again." 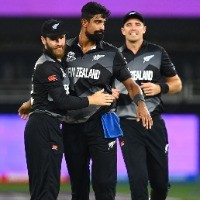 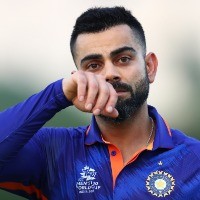 NEWS
Having called week-long break helpful, Kohli now terms it "ridiculous" at NZ toss
After their fixture against New Zealand, India are scheduled to play Afghanistan on November 3 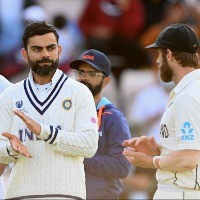 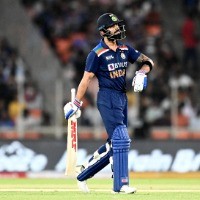 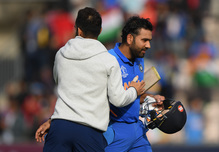