I will wake up tomorrow and see if I can play the tour match: Kohli 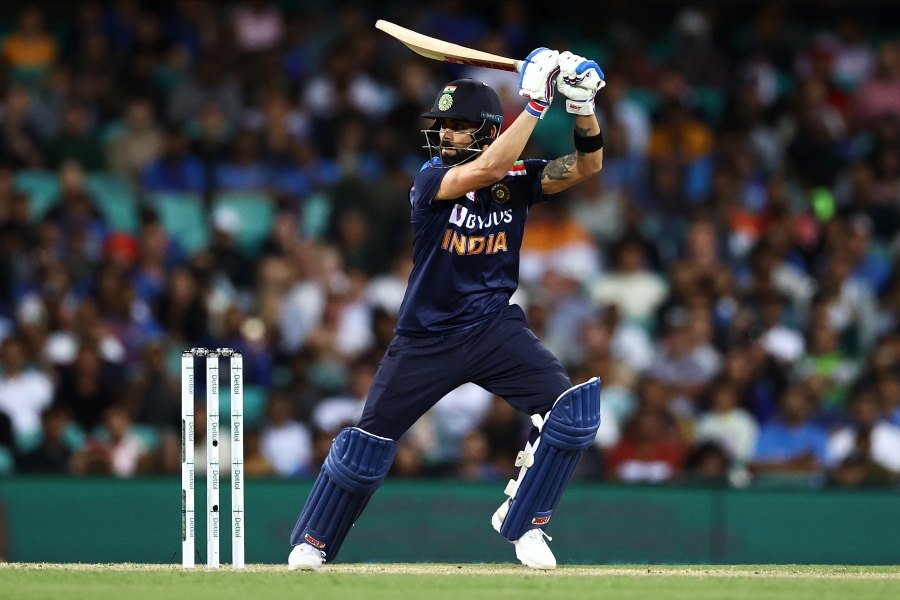 I will wake up tomorrow and see if I can play the tour match: Kohli

India captain Virat Kohli on Tuesday hinted that he might skip the three-day pink-ball warm-up game ahead of the eagerly-awaited Test series against Australia after an intense limited-overs leg of the tour ended with his team winning the T20 series 2-1 here on Tuesday.

The tour game against Australia A is due to begin in three days' time and will be India's final tune-up before the opening day-night Test in Adelaide from December 17.

Kohli will lead the team in the opener of the four-match series, after which he will go back to India for the birth of his first child.

"I will wake up tomorrow and see if I can play the tour match. Playing it on and off is not my thing and I like to play the full game. I will talk to our physio and then decide on my participation," Kohli said after the third and final T20 International, which India lost by 12 runs.

Overall, Kohli was pleased with the way his side fought and found ways to win matches from tough situations.

"We are finding ways to come back and give the opposition a scare and the series win is a little asterisk for us to finish the 2020 season on a high."

Like in the previous game, Hardik Pandya, in the company of Kohli, again threatened to win the game for India after he had hit a couple of sixes.

"At one stage when Hardik started going we thought we could pull it off. The middle over phase during our batting cost us the game. A partnership of 30-odd would've made it easier for Hardik."

Kohli also thanked the sports-loving Australian crowd for the manner in which it turned up despite the threat posed by the COVID-19 pandemic.

"I feel the crowd was a factor as well, it's always giving you a dimension of motivation. Our crowd pulls us through sometimes, and Australia has got great support too, and we as players feed off the crowd's energy."

Having won the series, Kohli was looking forward to the Tests and said the current team is stronger than the one that made history by winning its first Test series Down Under two years ago.

"We need to take the same competitive attitude into the Tests, and having played here a few times, we can score runs as well.

"Once it's time to capitalise and score, we need to do that session by session. I'm sure the current side is stronger than last time," Kohli said.

Australian captain Aaron Finch was delighted to be on the winning side after the reverses in the first two matches.

"It was a great series, and we just happened to be on the wrong end of the first two. It's the first time we've had two leg-spinners (Adam Zampa and Mitchell Swepson) in the side, and they were bold with the short boundaries here, so credit to both of them.

"Swepson bowled the 7th over against Shikhar (Dhawan) and Virat, both destructive in their own ways, but Zamps bowled really well as well. We played some great white-ball cricket over the last 18 months and really proud of the bunch," Finch said.

Swepson was named the Man of the Match for returning fine figures of 3/23, including the wicket of in-form opener Dhawan, in his quota of four overs.

"Happy to get this award, and win the game for my side. I think that was a bit of a skidder, but I'm happy to say that I gave it a bit of a rip and got that wicket (of Shreyas Iyer).

NEWS
Disappointed with the way I bowled in first T20: Swepson
The 27-year-old, who had replaced Ashton Agar in the side, after the latter suffered a calf-muscle injury, returned with figures of 1/21 in two overs