If opportunity presents, would love to keep in next three World Cups: KL Rahul 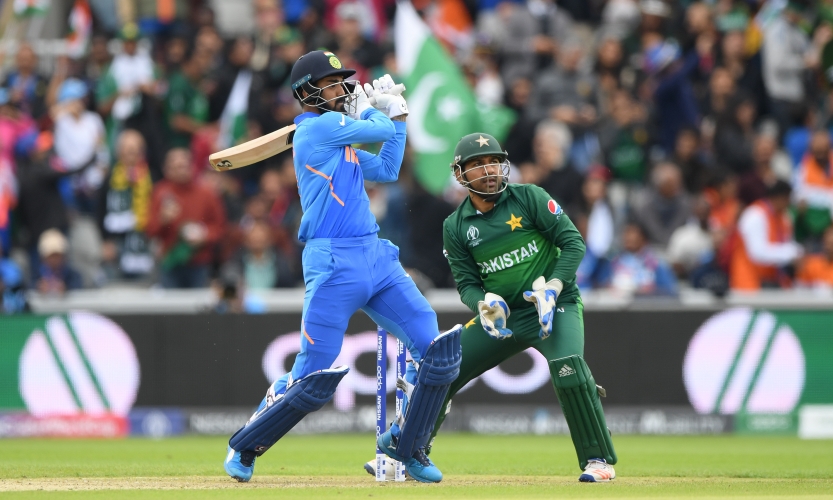 If opportunity presents, would love to keep in next three World Cups: KL Rahul

India's white-ball vice-captain KL Rahul said he would be happy to keep wickets in the next three global ICC events if given an opportunity even though the team management has not yet spoken to him about it.

Rahul has now pipped specialist wicketkeepers Rishabh Pant and Sanju Samson as the no.1 glovesman in the limited-overs format. Three ICC events -- two back-to-back T20 World Cups followed by the marquee ODI World Cup -- are scheduled in the next three years.

The 28-year-old's keeping does provide the team the option of having an extra batsman or bowler.

"It helps the the team combination a little more and it's something I would love to do...if the opportunity presents itself and I can keep in three World Cups, I would love to do it for my country," Rahul said in response to a query from PTI ahead of the limited-overs series against Australia starting November 27.

Has the team management spoken to him about keeping in ICC events?

"Nothing has been told to me and we are not thinking that far as a team. Obviously World Cups are important and that is a long-term vision for every team and country," he said.

"I think for me, we are just taking one game at a time. So if I put up consistent performances with bat and gloves, it gives us an option of playing an extra bowler or an extra batter," said the stylish Karnataka batsman.

In the ODIs, Rahul has been batting at no.5 and has opened in the T20 Internationals, and he admitted that his position in the line-up will depend on formats.

"What the team wants from me and what combination sits better," said Rahul.

"Obviously, the last ODI series (against New Zealand) that we played, I batted at no.5, it's a role that I have enjoyed and (I am) happy to play whatever role the team gives me."

Mahendra Singh Dhoni's keeping was in a different league and the way he guided spinners went a long way in India's white-ball success.

Would he be able to chide a Kuldeep Yadav or Yuzvendra Chahal like Dhoni could, if he takes upon a similar role?

"Look obviously, nobody can fill MS Dhoni's place. He has shown us the way and how wicketkeeper-batsman role is performed.

"With Kuldeep, Yuzi and Jaddu, we have a decent friendship and obviously I will go and give them a feedback as to what is a better length if they are doing something wrong and anybody in wicketkeeper's role will have that responsibility," he said.

Rahul loved the role of an ODI keeper against New Zealand and hopes to continue with the good work.

"I did one series in New Zealand and quite enjoyed it and hopefully I can be better at reading the game and give bowlers and captains some good feedback for the bowlers and the captain."

Captaining and keeping wickets apart from opening the batting for KXIP has given him an idea of what he can expect in terms of pressure and workload when he dons the India jersey as the vice-captain.

"I did get a little bit of a feel with the IPL. I had to play a similar role there. It was challenging, new, got used to the role and started enjoying it.

"Yeah, hopefully I will continue the same over here. When you are playing for the country, you have 11 of the best skilled guys, great cricket minds all by themselves and an able and passionate leader like Virat.

"You look forward to a new responsibility."

The IPL captaincy, he said, has also taught him how to compartmentalise and stay in the moment.

"Something, I learnt from the IPL is how to stay in the moment. While batting think as a batter and see how I can win the game as batter.

"As a keeper, in the last 3-4 seconds, when the bowler is running in, you do not think as a leader. This is important going ahead for me."

The 14-day quarantine here as been challenging, Rahul admitted, and he felt a lot better when he got together with his team-mates for training.

"Challenge has been being in the room alone. The time you practice, meet teammates, is the best time in the day. You have fun together. Challenge is mostly when you are back in the room and all alone."

I am blessed with certain skills and power-hitting is not one of them: Rahul

The tag of being a power-hitter is quite sought after in international cricket but Rahul has no qualms admitting that he does not fit the bill and neither does he crave for it.

Known for his classical batting, Rahul said that even if he has to score at a high strike-rate of 160 to 170, he can do it minus the blitzkrieg.

"I wouldn't call my batting power-hitting, that's something I honestly feel like I have not been able to do or not what I am blessed with," Rahul said on the eve of the white-ball series against Australia starting with the first ODI on Friday.

"I am blessed with certain skills and I try and play the role I feel the team requires me to play at that particular moment. If that means scoring runs at 160-170 strike rate, I try to do that to the best of my ability and if it's the other way around, I will try to do that," he added.

He hasn't played 50-over cricket regularly for India save for the past one year and is happy that he is in a situation where he has been in good form as far as white-ball cricket is concerned.

"....I have never got a long run like this. So yeah, it feels good that I am contributing to team's win and playing my role pretty well. Happy that I can put up consistent performances."

On a lighter note, Rahul said he has forgotten that during the last ODI series in New Zealand, he got a hundred.

"...I have actually forgotten the last innings I played and scored a hundred in New Zealand (century in Mount Maunganui in February)," he said.

"...it's a fresh start for everybody and like I said its important for us as a team to start well and enjoy being out there in the middle."

Talking about the Australian team, Rahul was all praise for Marnus Labuschagne but refused to call him an unknown entity.

"...I don't think he is unknown anymore. He is in the top-5 and he has been getting a lot of runs in the last 12-15 months or before the COVID in the games that he played. He has been really consistent for his side.

"We have watched how Marnus played and fingers crossed hopefully, he won't score that many runs against us. We will have a plan set, we have a top quality bowling attack so it will be a good challenge for him and our bowlers as well."

"Yes of course, he (Maxwell) will (be dangerous). That's one of the reasons why we picked him in our IPL franchise because he is a quality player.

"He is a gun fielder, he is always there to support his team-mates. He will be eager to get out in Australian colours and perform for his country as well."