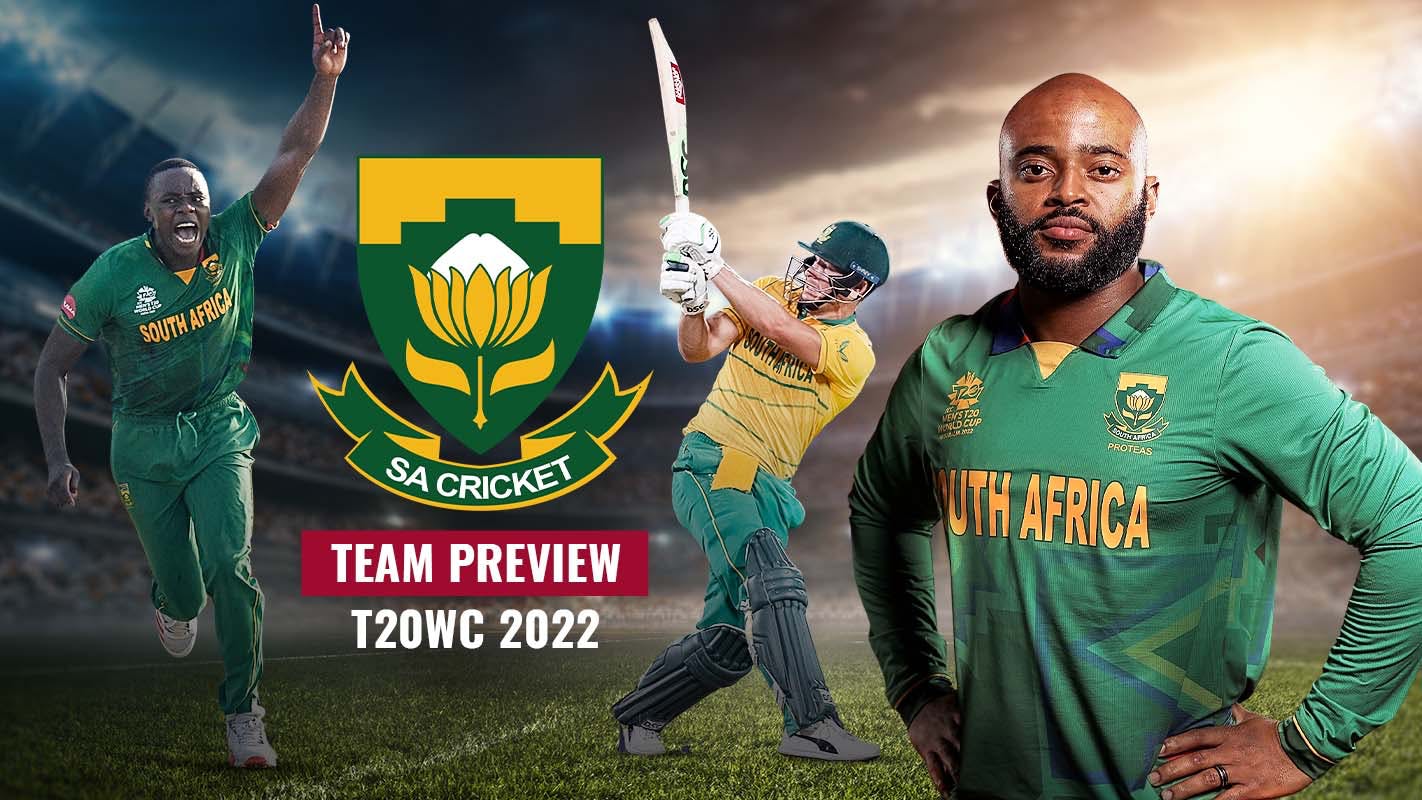 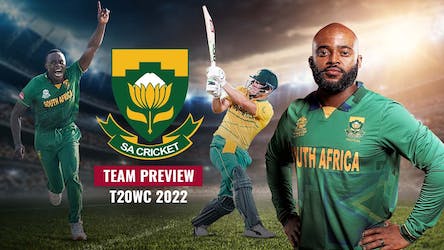 It was one badly assessed run chase that knocked South Africa out of the T20 World Cup last year. Chasing only 84 against Bangladesh, they strolled along to finish the game in 14.4 overs. Two days later, Australia chased down 74 against Bangladesh in 6.2 overs. This created a difference in net run-rate which knocked South Africa out despite as many points as Australia. It won’t be wrong to say that the Proteas had found a new way to knock themselves out of yet another promising campaign.

Heading into this edition of the T20 World Cup, they are once again a promising bunch. The fact that the tournament is in Australia should boost their morale. The conditions suit them which can be seen through their great record Down Under.

Unlike some other sides, South Africa possess impactful players in both batting and bowling departments. With Quinton de Kock, Rilee Rossouw and David Miller in the top five, they can maintain a powerful LHB-RHB combination. England are the only other side with such combinations.

Miller is among the top performers this year, averaging 56.6 at a strike-rate of 186.2. Rilee Rossouw, a T20 globetrotter, averages 57.8 while striking at 180.5. De Kock’s numbers are grim (average 22.8, strike-rate 126.5) but he showed some hints of hitting form in his last two T20Is - scores of 68 and 69*. Aiden Markram, the right-hander at four, also has superb numbers in the format. Reeza Hendricks, if he gets a chance, isn’t far behind the left-handers. The young Tristan Stubbs has already created waves in his brief career. The Proteas have plenty of match-winners in their batting core. 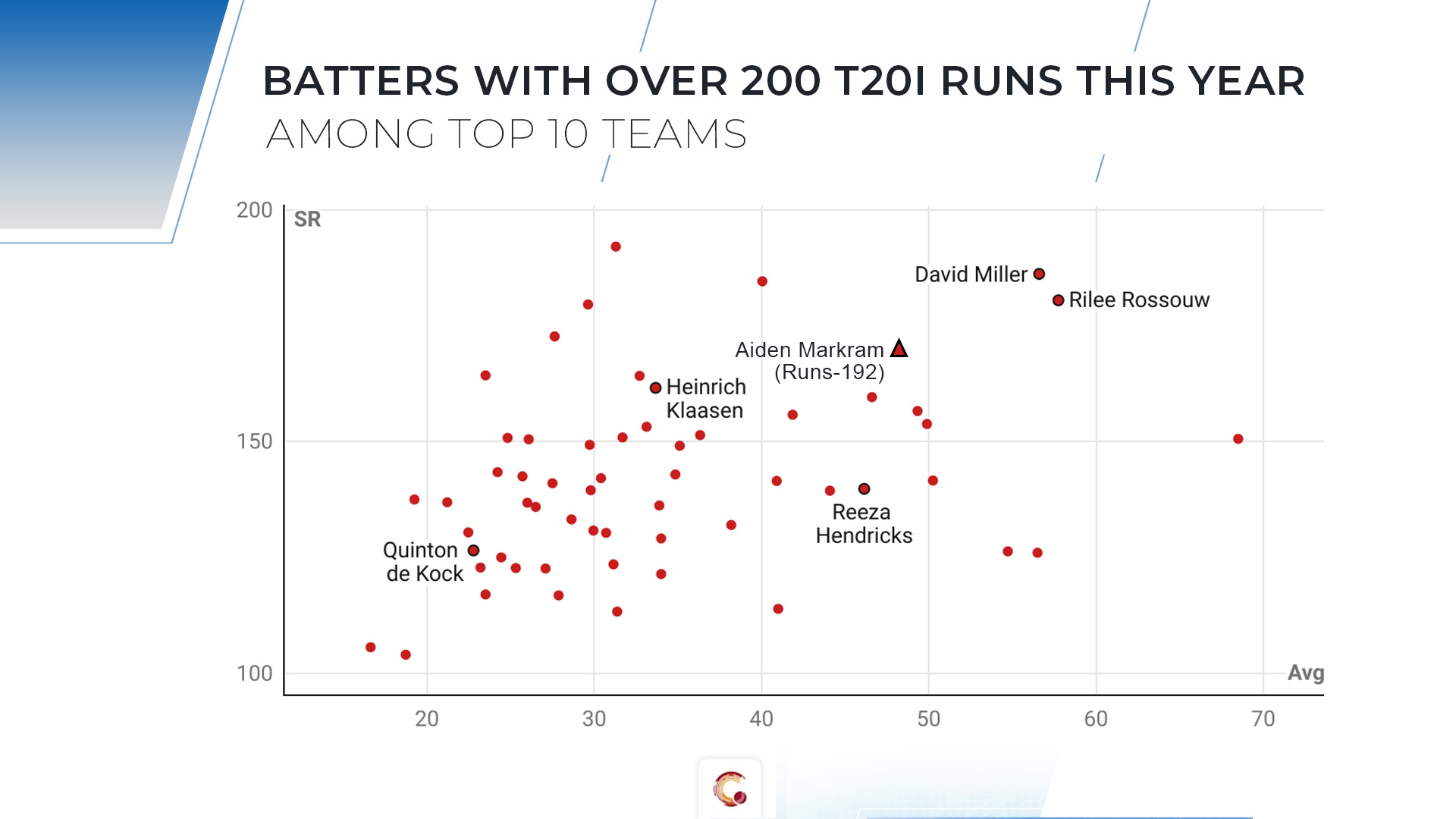 With the ball, Kagiso Rabada is enough to raise the standards of any pace attack. Lungi Ngidi has been South Africa’s best seamer this year (15 wickets in nine matches at an economy of 8.8). Wayne Parnell and Marco Jansen are impactful left-arm seamers. Anrich Nortje’s form could be a bit of concern but the fact that everyone in the Protea seam attack has some X-factor attached to them - be it pace, swing or the left-armer’s angle - provides them several all-phase pacers.

South Africa have the fourth-best bowling strike-rate among top 10 T20I teams this year. Their economy rate is the worst which is a consequence of playing many high-scoring games in England and India. The Protea pacers have always been in top form in Australia - a big reason behind South Africa’s excellent record in the country. If they come together yet again to complement their batting, South Africa will be a tough team to get through for the opposition.

A move that can work: South Africa are caught between a rock and a hard place regarding their captain Temba Bavuma. As captain, they would like to have him in the XI but Bavuma’s form is constantly leaving a negative impact in the productive batting phase of the first six overs. In seven T20Is this year, Bavuma averages only 9.8 at a strike-rate under 75 in the powerplay.

Opening is Bavuma’s optimal batting position. Shifting him down won’t help. Bavuma’s presence also blocks the spot for Reeza Hendricks who has been in fine T20 form this year. Hence, benching the skipper to play all their in-form players seems to be a reasonable shout.

South African cricket has been synonymous with fast-bowling all-rounders. Heading into this World Cup, it is strange to see them lacking in that department. The Proteas have two options in Wayne Parnell and Marco Jansen. 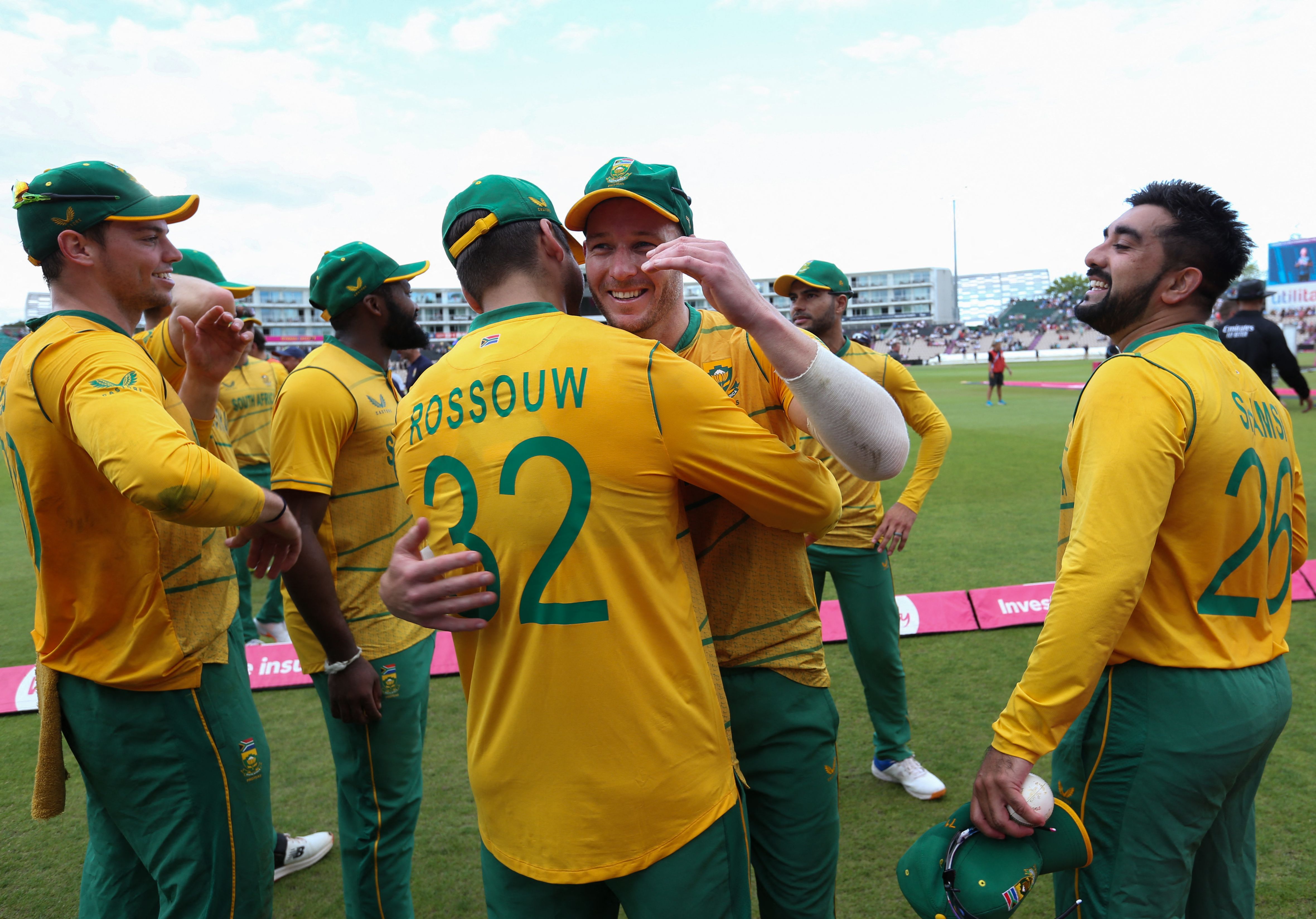 Jansen is yet to complete a year in international cricket and averages 9.2 in his T20 career with the bat. Parnell has better numbers - average of 19.7 at a strike-rate of 100.8 in T20s this year - but number seven seems to be a bit too high to frame an ideal batting order. In Dwaine Pretorius, they lost arguably their best all-round option of the squad.

Thus, South Africa’s powerful batting falls off the cliff after number six. Losing early wickets will always be a tough blow for them to absorb.

Anrich Nortje’s form could also be a worry for South Africa. His bowling average aside (33.5), the speedster has leaked runs at 9.6 runs per over in T20Is this year. It is atrociously high when compared to 6.1 in 2021. Nortje was one of South Africa’s death bowlers last year. He bowled nearly 30% of his overs at the death in 2021. He is now  struggling to contain runs irrespective of the phase he bowls in. The Proteas have other options but they would like one of their ace pacers to hit the rhythm. 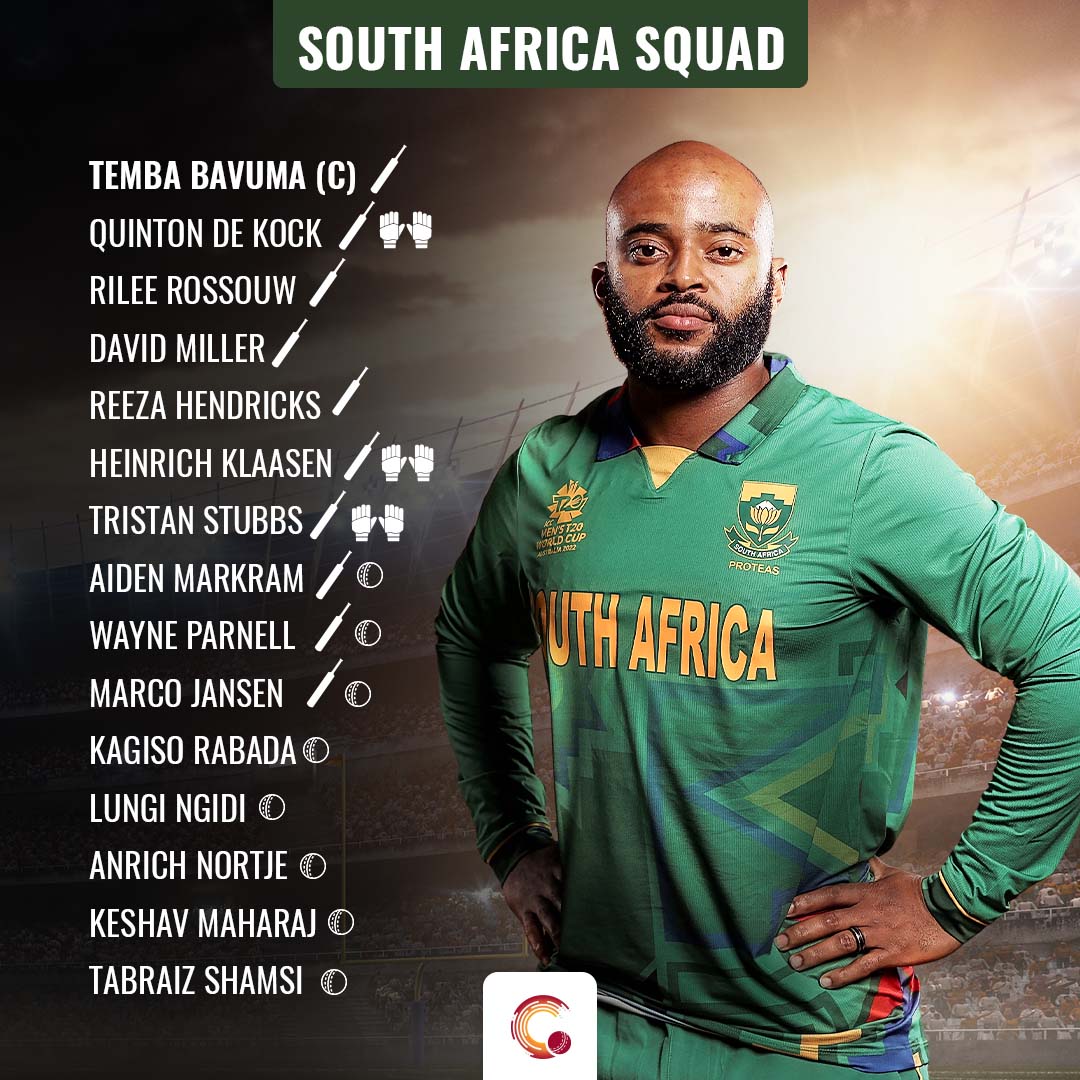 South Africa have a straightforward XI, except a few decisions that they have to make. Bavuma will most likely start the tournament which will keep Hendricks on bench. The other decision is regarding Nortje. Like Bavuma, he is also expected to get the preference in the early phase of the tournament. If his form doesn’t come through, Jansen can be brought in as replacement.

The Proteas can also field two frontline spinners, playing both Keshav Maharaj and Tabraiz Shamsi. However, it seems to be quite far-fetched given the conditions in Australia. Maharaj will get the nod owing to his batting and the control he offers as a finger spinner.

South Africa will kick-off their campaign locking horns with Zimbabwe in a night game in Hobart on Monday (October 24).