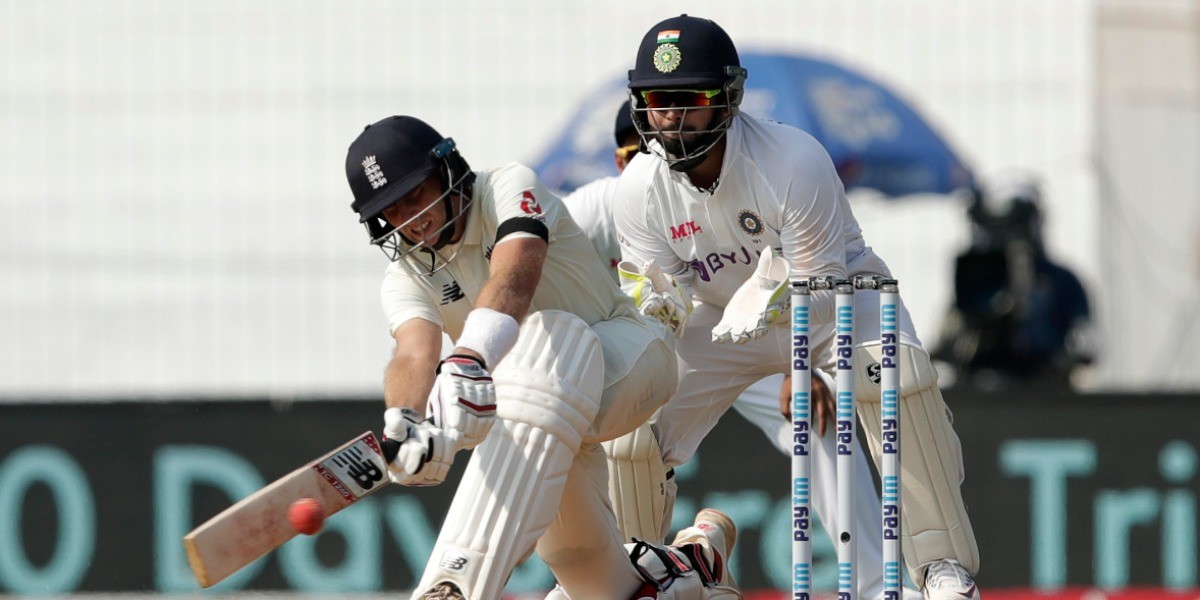 India and England face off in the second Test of their four-match series at Chepauk from Saturday (13 February 2021), with the visitors leading the series 1-0

Less than a month ago, India secured a remarkable Test series win in Australia. In fact, considering the circumstances during the series, even the word ‘remarkable’ doesn’t seem to do enough justice to the magnitude of the victory. India had just about enough fit players to take the field in the final Test of the series, that too at The Gabba where no visiting team had won for over 32 years, and yet they managed to defeat Australia.

Cricket, though, as is the case with most things in modern-day sport moves quickly. Just three weeks after that memorable win Down Under, the Indian team suffered a 227-run defeat at home against England. It was just their second loss in Tests in India in the last eight years.

CAN RAHANE TURN A CORNER?

One of the architects of that series win in Australia was Ajinkya Rahane. While he played a masterful knock in the Melbourne Test, it was his captaincy – deputising for Virat Kohli who had returned home on paternity leave – that saw Rahane receive acclaim. While his leadership was impressive and the results were extraordinary, his batting performances in recent years have become an area of concern for India.

Since the start of 2017, apart from 2019, he has a batting average of below 40 in every calendar year, albeit we are only a little over 40 days into 2021. What is even more worrying is his form at home – in 25 Test innings in India during that period, he has notched up just one century and averages just 35.21.

Quite contrary to most Indian batsmen, Rahane has struggled against spin in home conditions, averaging just 32.82 against tweakers in India across his career. Since 2017, that number is 28.19 which is far from ideal. 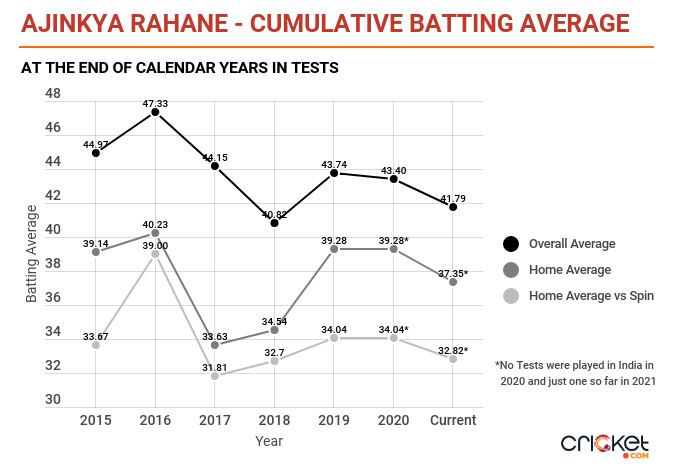 After the first Test, when asked about Rahane’s performances, Kohli defended his deputy strongly. "Look if you're trying to dig something out, you're not going to get anything because there's nothing. I've said this many times in the past as well - along with Pujara, he [Rahane] is our most important Test batsman and he is going to continue to be. We believe in his abilities, we have believed in his abilities for a long time now and he's an impact player,” the India captain said.

With the team management backing him, Rahane will be keen to prove that he is still an invaluable member of India’s Test team as a batsman alone. If he is able to address his issues against spin in home conditions, he will certainly be on the right path to get back to top form.

WILL WE SEE SPIN-FRIENDLY CONDITIONS?

The pitch at the MA Chidambaram Stadium in Chennai for the first Test came under some criticism. Many felt that the batting-friendly nature of the surface at the start of the contest played a huge role in the result. So, could we see a pitch that favours bowling more, especially spin, this time around?

In the recent past, however, at times when surfaces have been prepared to support the home side, results haven’t always gone as the hosts would’ve liked. In fact, we have seen this happen in Tests between India and England themselves in the last decade – at the Wankhede Stadium in 2012 and then at Lord’s in 2014.

If it does turn out to be a pitch that supports spin massively, then England will need Jack Leach and Moeen Ali to take centre stage. Dom Bess has taken 17 wickets at an average of 22.4 thus far in 2021 but will sit out this match, with Ali all set for his first Test appearance since 2019. In the first Test of this series, Bess and Leach took 11 wickets at an average of 27.9 between them which was a decent return. 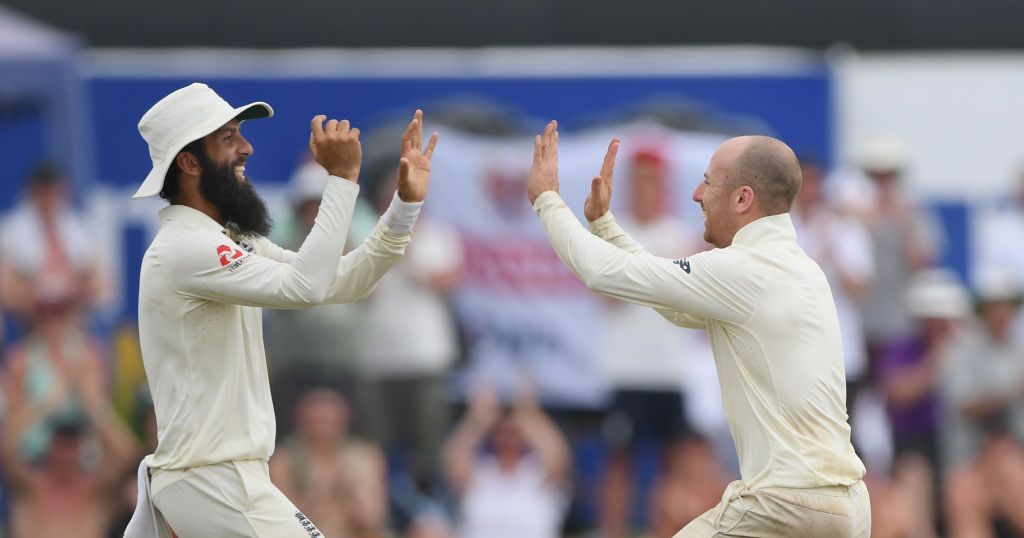 On the other hand, India’s trio of spinners took a wicket once every 41.5 runs during the Test. While Ravichandran Ashwin was excellent as he so often is, Shahbaz Nadeem and Washington Sundar disappointed with the ball. Now that Axar Patel is fit, he is likely to come into the team to make his Test debut while it’ll be interesting to see if Kuldeep Yadav gets a game too or not. As of now, the biggest challenge for whoever plays will be bowling to Joe Root, who has been in incredible form over the last month.

A common criticism of Root’s batting has/had been regarding his inability to convert starts into big scores. He has, especially, been compared with ‘Big Four’ contemporaries Kohli, Steven Smith and Kane Williamson, all of whom have fine conversion rates from fifties to hundreds in Tests. On the other hand, before the start of 2020, Root had converted only 25.8% of his half-centuries into centuries.

In addition, in recent years, his form had also been underwhelming. In Test cricket, between 2018 and 2020, his batting average was just 39.7. You wouldn’t have been wrong to expect much better from someone who is considered to be one of the world’s best. In 2020, across eight Tests, he did not make a single three-digit score and doubts surfaced if he was good enough to be part of the aforementioned ‘Big Four’.

Going by the above numbers, such discussions were justified. But with the ability Root possesses, it was always felt that he’d eventually be back to his best. And in 2021 thus far, he has been quite sensational – in each of the three Tests he has played, he has notched up 150+ scores which include two double hundreds. Most importantly, he seems to have gotten over his Achilles heel and is converting attractive cameos into unforgettable, match-defining knocks.

What’s most impressive about those innings is that all of them have come in Asia, where visiting batsmen haven’t often enjoyed batting. When Australia toured India in 2001, Matthew Hayden enjoyed great success with the sweep shot against the spinners. And 20 years later, Root has used that approach with excellent results. Out of the 576 runs the England skipper has scored against spinners in 2021, 240 (41.7%) have come as a result of various variations of the sweep – 163 with the conventional sweep, 38 with the reverse sweep, 25 with the paddle sweep, 12 with the slog sweep and two with the paddle scoop. 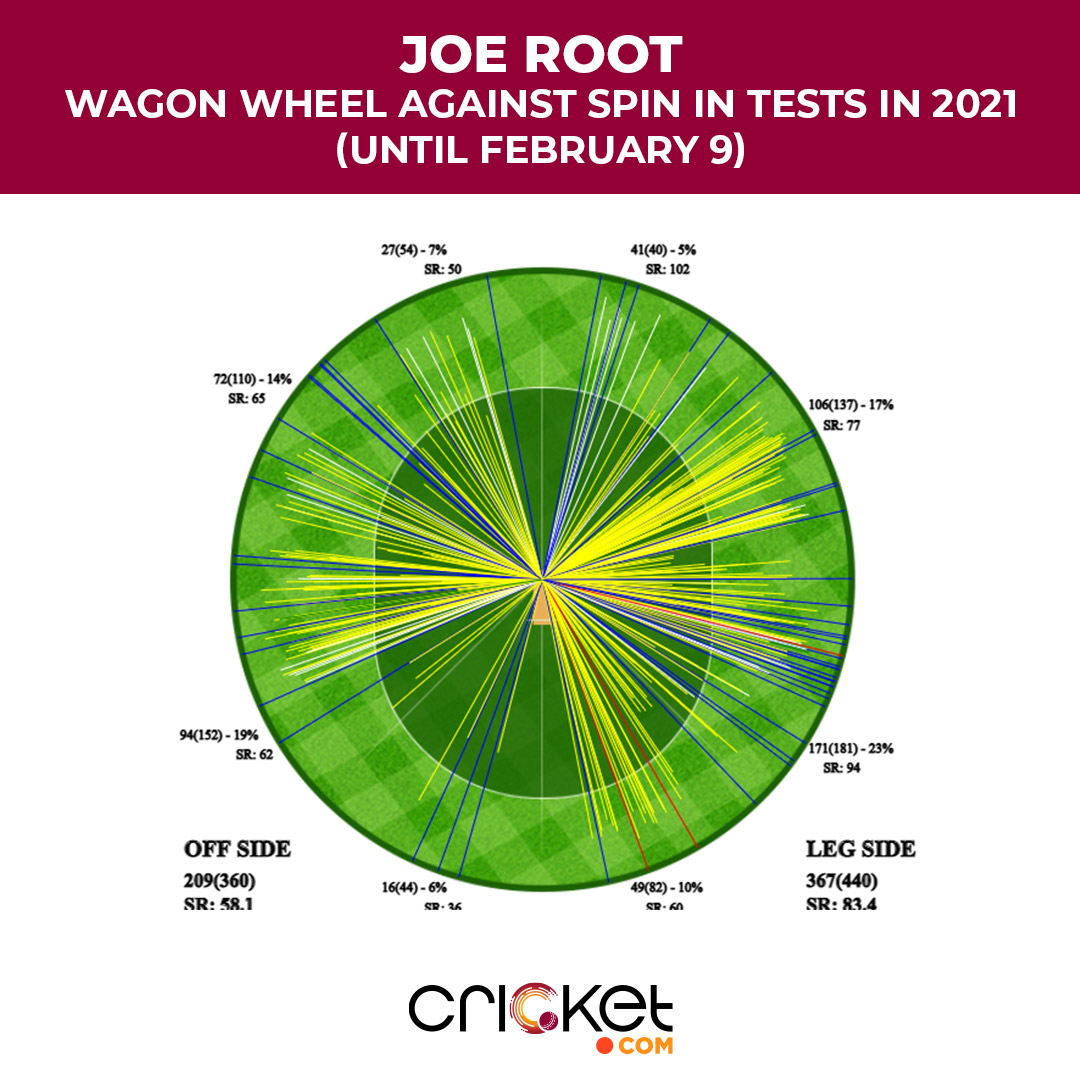 It’ll be interesting to see how India, especially their spinners, look to stop Root. It’s not going to be easy. In that 2001 series, India didn’t quite stop Hayden from scoring big through the series, but despite that, they turned a 0-1 deficit into a memorable 2-1 series win. While that series is inspirational for a number of reasons, Kohli and Co. would certainly prefer if they didn’t concede a 200+ run first innings lead like they did last week and Sourav Ganguly and Co. had done against Australia at Eden Gardens in 2001.

On the other hand, England have won six consecutive Tests in Asia. It’s an exceptional feat and, despite going into this series as underdogs, they are now in with a chance of repeating their heroics from the winter of 2012-13. And a positive result in the second Test will assist them greatly on that front, but they will know that it’s easier said than done.