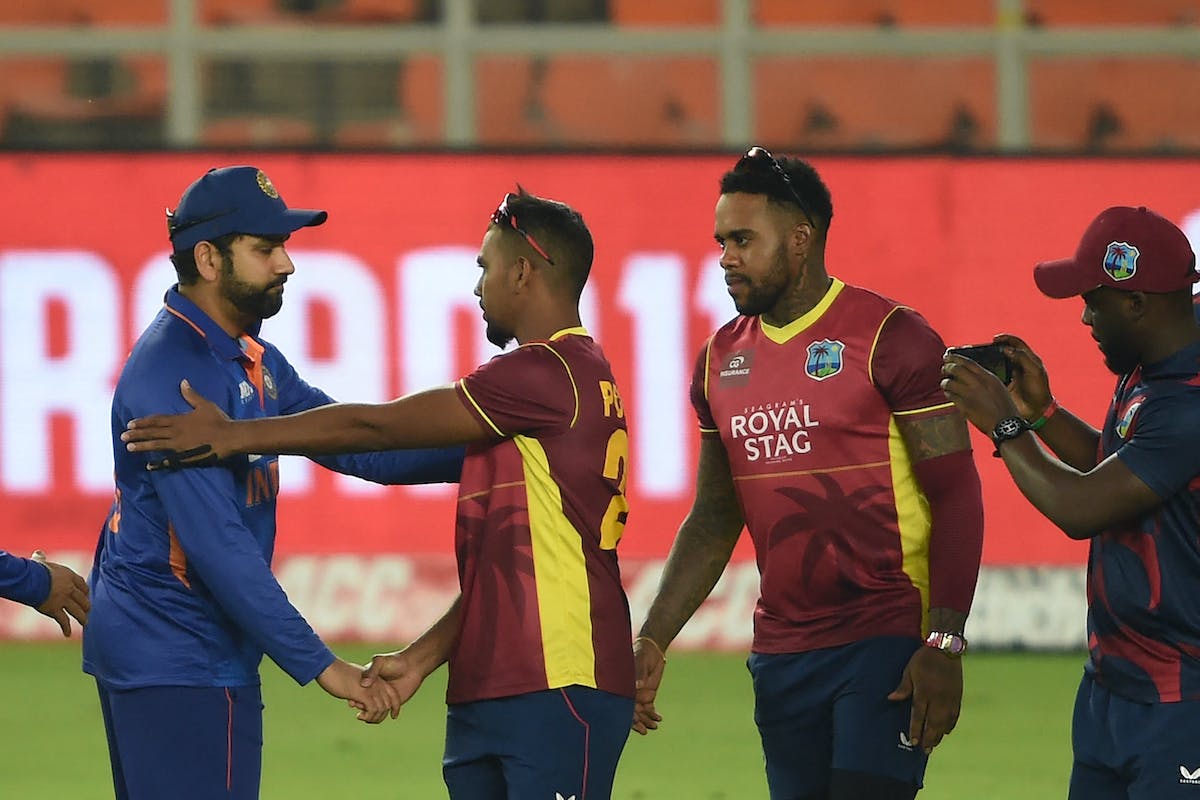 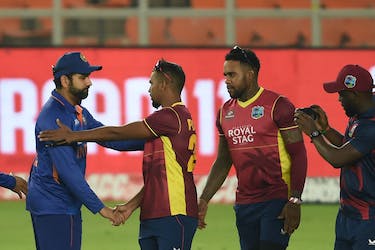 Despite having multiple captains and a bunch of new players, India are yet to lose a T20I series this year

Despite putting up a terrific fight in the One-Day Internationals (ODI) West Indies were blanked 3-0 in the series and will seek a quick turnaround in the T20 Internationals (T20I) against India, starting Friday (July 29) at the Brian Lara Stadium, Trinidad.

Nicholas Pooran’s men have had better outings in T20Is, most recently beating Bangladesh 2-0, before succumbing to an ODI whitewash. They bounced back well in the T20Is after a series loss in India, but they kick-started the year with an impressive 3-2 win over England at home.

India have barely put a foot wrong in T20Is this year, having not lost a series despite having multiple captains in the format. They will look to further extend their run as we get closer and closer to the T20 World Cup.

However, the good news for West Indies is the return of Jason Holder, who was rested for the T20Is against Bangladesh and returned to play the third ODI against India following his recovery from Covid-19. 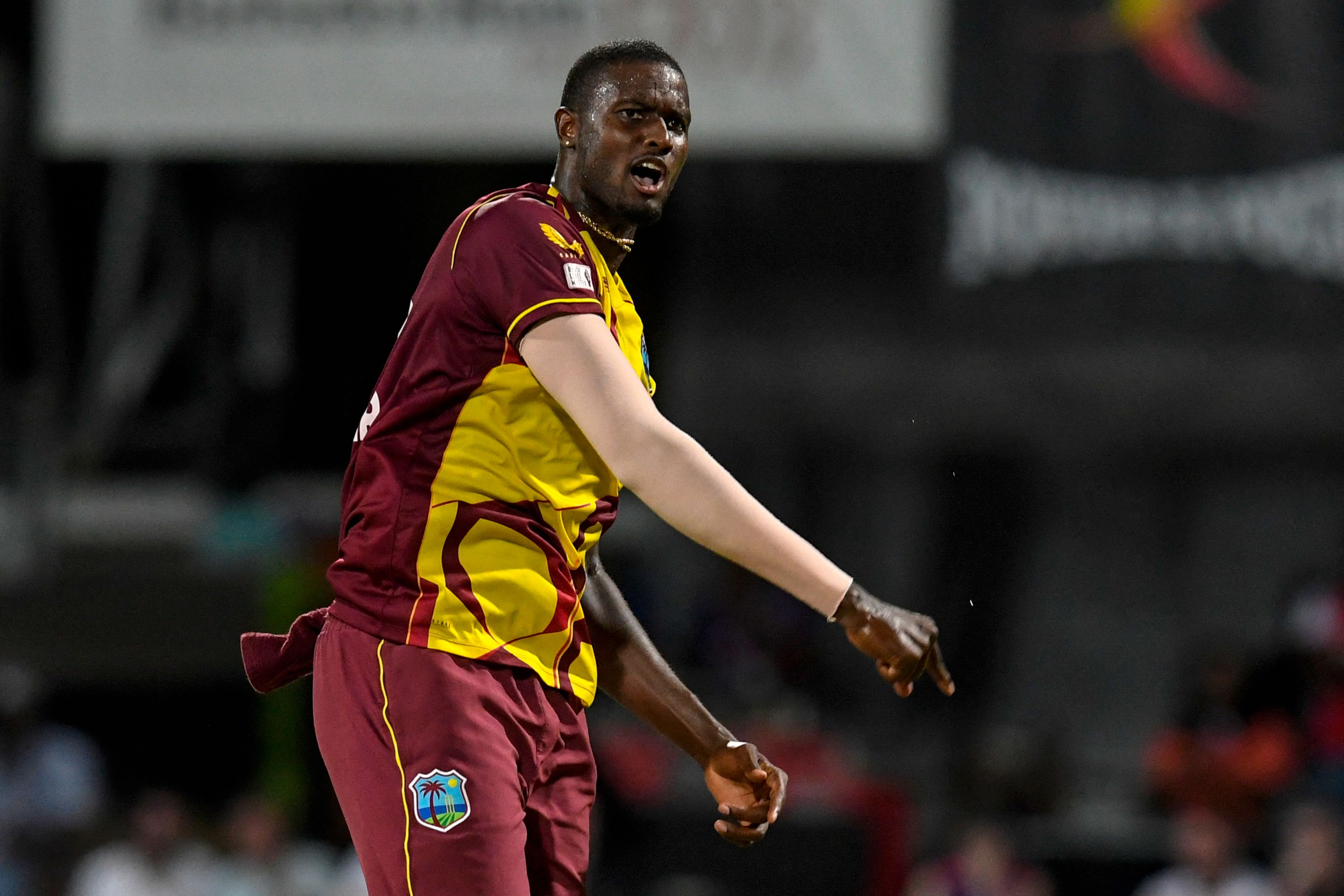 Considered among the best all-rounders in T20 cricket, Holder has been in incredible form especially with the ball this year. He has picked up 16 wickets at 13.6 and economy rate of 8.2 from seven matches. While he may not have gotten many opportunities with the bat, he has often proved he can play a vital role down the order.

Rovman Powell too showed his prowess with the bat against Bangladesh and also in the Indian Premier League (IPL) 2022. Along with Holder in the latter stages of the innings, he can be a handful. However, since his monstrous unbeaten 28-ball 61 against Bangladeshi in the second T20I, Powerll has scores of 5, 9, 13, 18, 6 and 13 in his next six limited-overs fixtures.

West Indies’ T20I vice-captain would surely want to improve on that to ensure that his side finish off well.

West Indies captain Nicholas Pooran confirmed that Shimron Hetmyer, who last played a T20I in November last year, has passed his fitness test on Tuesday (July 26) morning and could be in contention for a place in the XI against India. 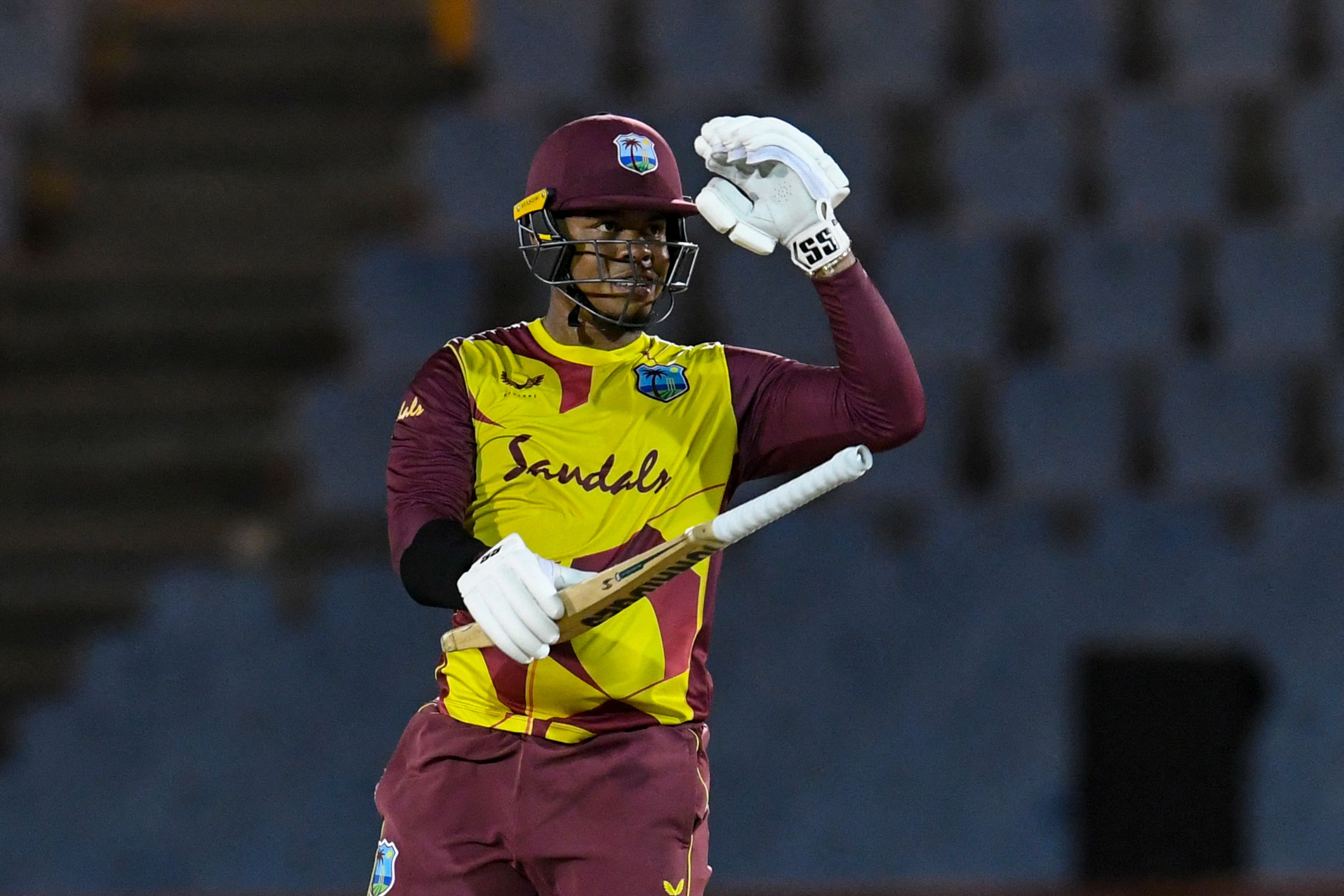 Earlier this year, Hetmyer played a pivotal role in taking Rajasthan Royals (RR) to their second IPL final, playing crucial knocks in the middle-order. Overall, he struck 214 at 44.85, which included a strike-rate in excess of 153, which are terrific numbers.

With Hetmyer batting at five (or back at three), it will give West Indies more firepower and cushion with Powell, Holder and also Pooran occupying important slots in the line-up. Only the middle-order batters (4-7) of New Zealand (9.2) and India (9.4) have scored at a better rate than West Indies (8.8) in T20Is this year.

Rohit-Pant combo at the top?

With KL Rahul out of the series as he is recovering from Covid, we might once again see skipper Rohit Sharma open with Rishabh Pant as they did in a couple of matches against England despite having Ishan Kishan in the side. 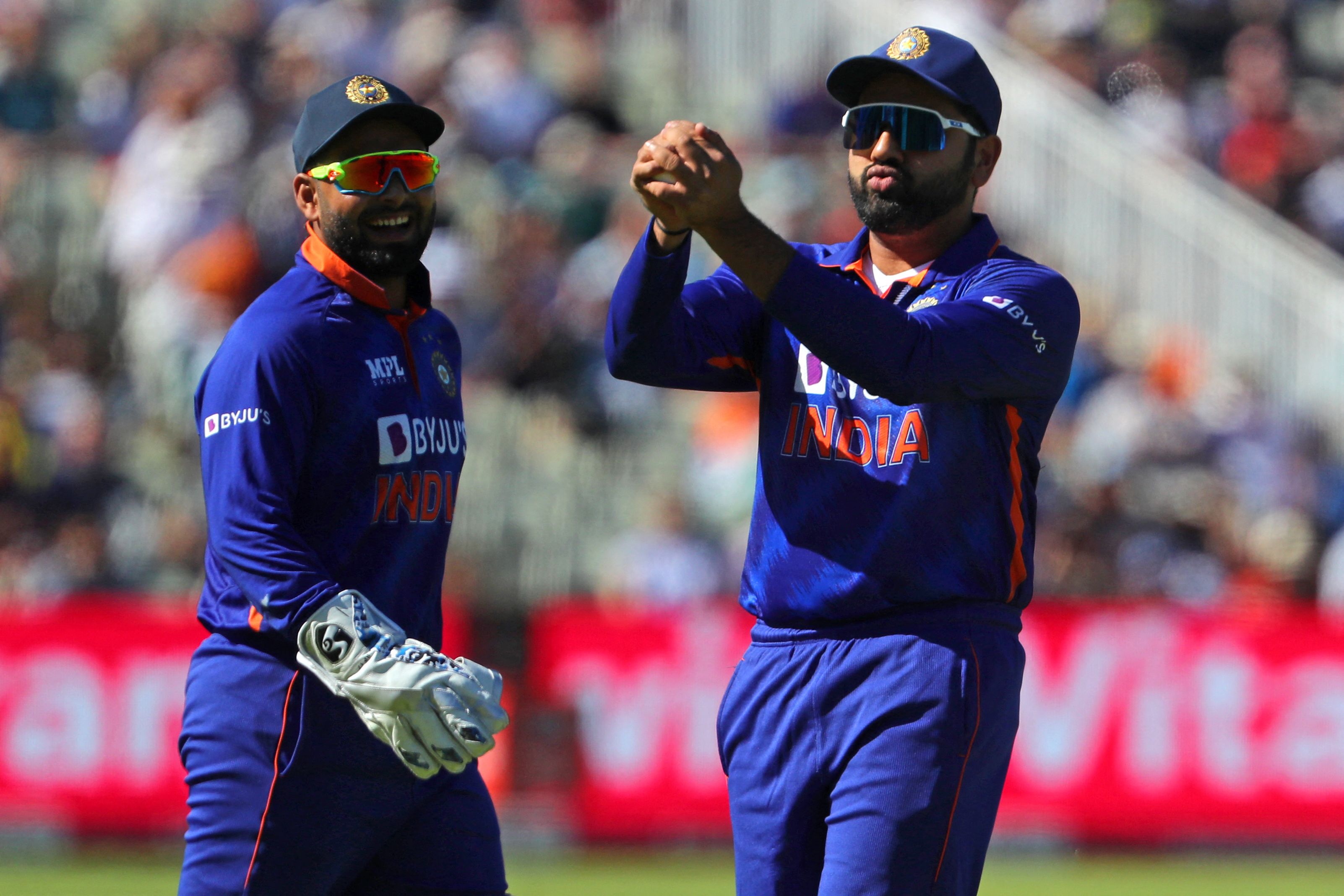 India have tried as many as six opening combinations this year, with Rohit and Kishan being the most successful pair, having put on 223 runs, which include two 50-plus stands in five innings.

Despite the chopping and changing, India’s openers’ ability to churn out runs at a quick pace has not drifted off. They have scored at 8.3 runs per over this year with only New Zealand (8.9) scoring at a better rate than them.

Who will grab their opportunities?

In the absence of regular stars in both the batting and bowling departments, it presents an opportunity for a few to make a case for themselves and give the selectors a headache or two. India go into the series without Jasprit Bumrah and also Yuzvendra Chahal, who has been rested for the T20I leg.

Also, Ravindra Jadeja could miss the first T20I due to injury, paving way for Axar Patel to replace him. But who plays instead of Chahal? India have the option of picking from Kuldeep Yadav, who has not played T20Is for India in six months or the young Ravi Bishnoi, who impressed with his spell of 2 for 30 against England in a high-scoring affair at Trent Bridge.

It could also be a toss-up between Deepak Hooda and Shreyas Iyer. While Hooda has shown impressive form in the shortest format that cumulated in a century against Ireland recently, Shreyas was in top form in the ODIs and has a special liking towards West Indies against whom he has seven fifties from nine innings in the 50-over format. 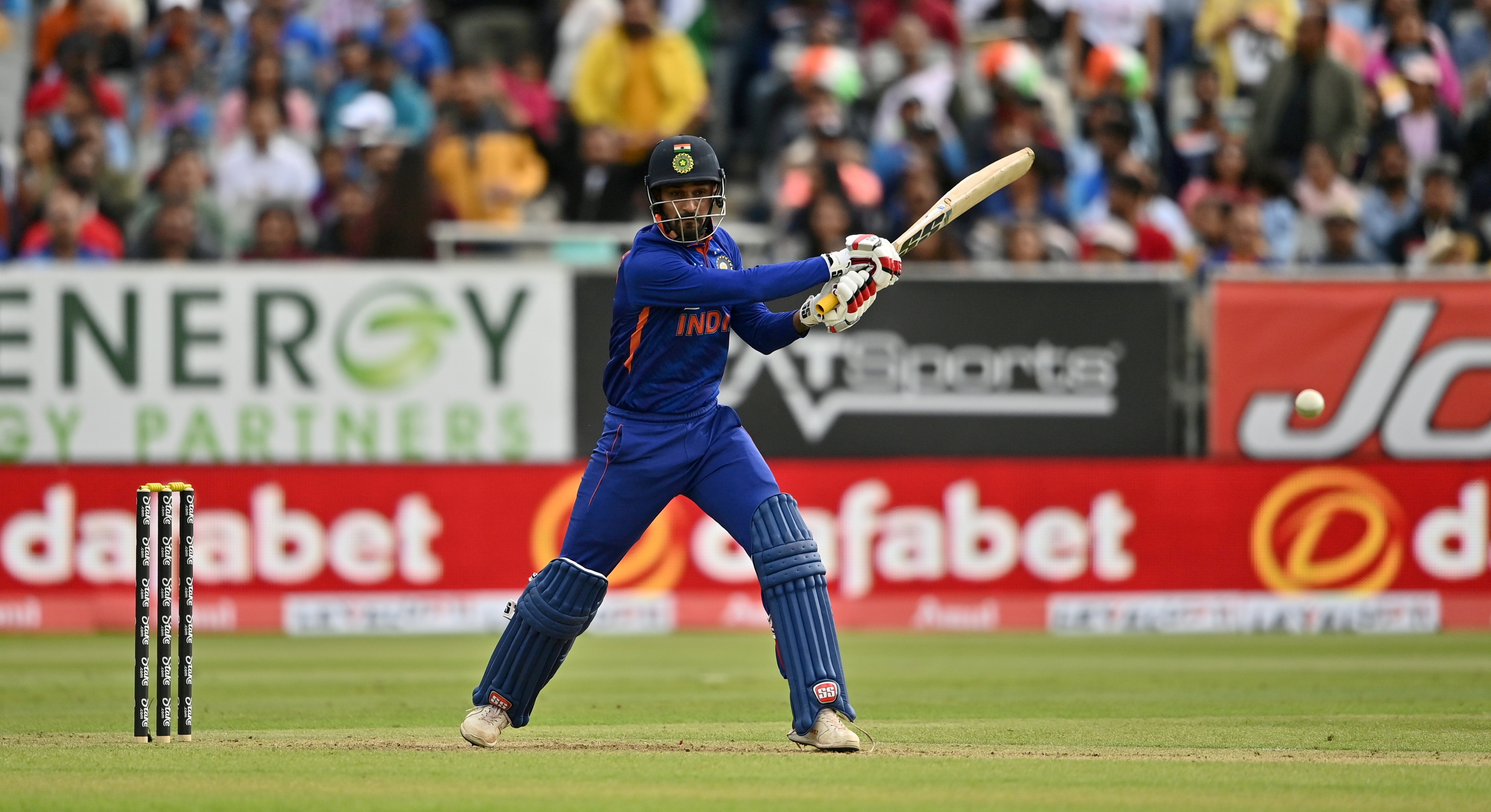 India also have the option of Arshdeep Singh and Avesh Khan to pick from the pace bowling department to support Bhuvneshwar Kumar. While Avesh got his chance in an ODI against the West Indies, he was plundered for 54 runs from his six overs. Arshdeep, who picked up two wickets on debut against England at the Rose Bowl, gives India an extra dimension with his left-arm pace.

Not to forget, he was among the best bowlers at the death in the IPL earlier this year and could relieve some pressure from Harshal, especially in the final five overs.

*All stats are from full-member teams/players unless stated otherwise.