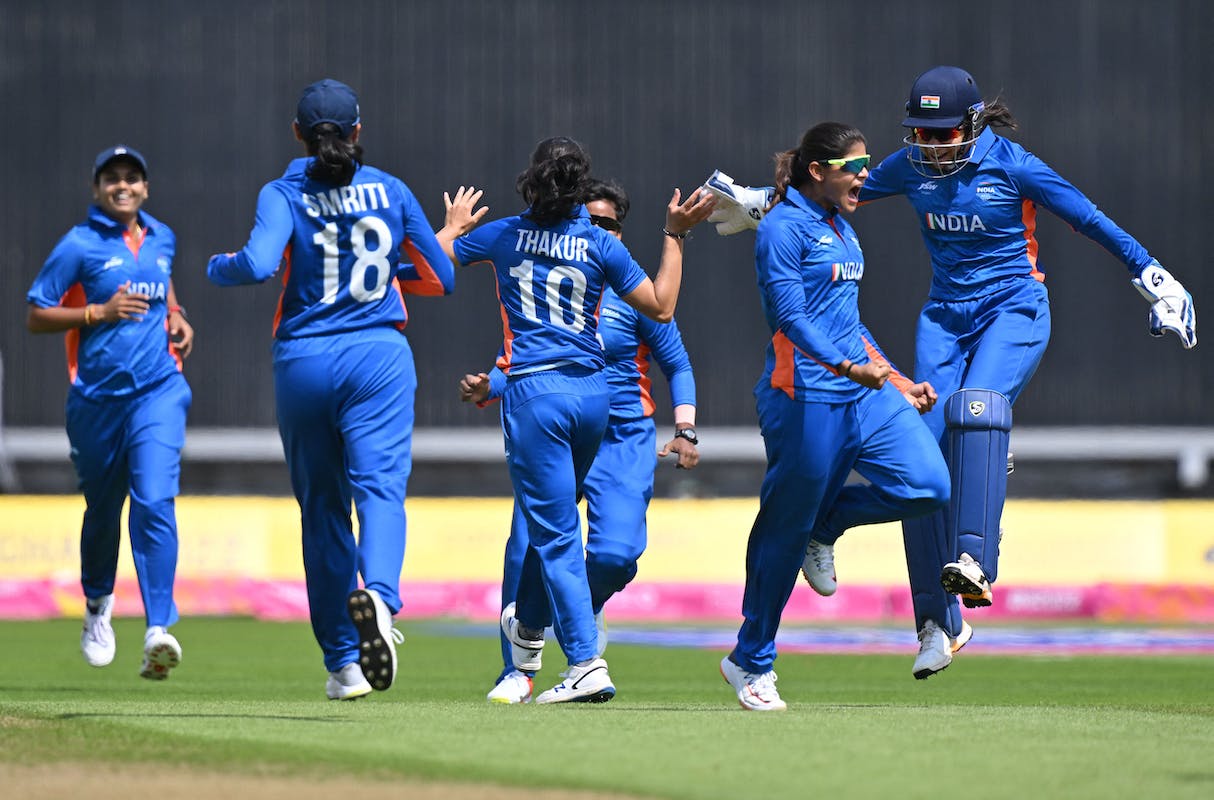 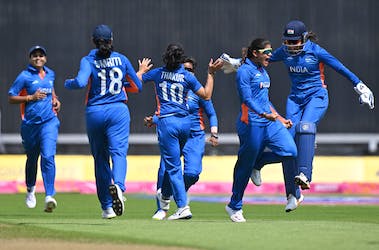 Right before the first match of the group stage in the Commonwealth Games, Indian skipper Harmanpreet Kaur called for a “killer attitude” from her teammates. Jemimah Rodrigues wanted to fulfil her childhood dream of winning the Indian women's Hockey team a medal in Olympics. Smriti Mandhana summarized the side’s aspirations by saying “we've always imagined us lifting the trophy and trying to put us on a podium where we lift a trophy.”

If it wasn’t the most telling part of the narrative, then what really is?

Multiple arrows may have already been directed in the direction of making India a force in the sporting world but as a country, it is nowhere in the elite group of medal contenders. It changed a bit after the heroics in the 2021 Tokyo Olympics, and the way the nation cheered for Neeraj Chopra, a hope was reborn. And that’s precisely the reason why when cricket was added to the niche for the CWG 2022 in Birmingham, the Indian women’s cricket team were not only expected to bury the demons of the recent world events, but also carry the hope of an entire nation to add a yellow-plated metal to the overall tally.

In the inaugural game of the tournament, Renuka Singh had Australia on the mat before the world champions found a way, like they always do. Ashleigh Gardner and Grace Harris eventually made it a walk in the park but come Sunday, India will be facing archrivals Pakistan in a contest that would, more or less, decide their qualification fate. That both sides find themselves in a similar situation after losing their respective opening Group A fixtures make this clash even more important.

For India, batting issues were glaring. Smriti Mandhana failed to get India going against the Aussies, but it has surely not been a one-time thing. Despite being one of the most prolific run-scorers in living memory, things haven’t been as smooth-sailing for the Sangli girl in the last year or so. Against Australia, it was skipper Harmanpreet Kaur, who had to pull the side out of the woods after Shafali Verma set up the base but it was never going to be enough with other wickets falling like a pack of cards. Such has been the glaring batting issues in the top and middle order but ironically, the quartet of Mandhana, Verma, Rodrigues, and Kaur are still the best bets to land the side in safer waters too.

In Rodrigues, India have a batter, whose success in English conditions are well documented. In 11 T20s in England, the Mumbaikar averages 51.5 with a strike rate of 147.1. That is an incredible achievement and her success in the 2021 Women’s Hundred, in which she ended up as the second-highest run-scorer, tells you that something is coming to Pakistan so hard. Her ability to judge the pace and swing in the English conditions would be crucial to India’s middle-order success.

All said and done, it shouldn’t be a difficult task for India against the Pakistanis. Pakistan bowlers were parsimonious against Barbados ladies but wickets eluded right till the end. Couple that with the disastrous batting display, you see a side waiting to be rolled over. On Friday night, only Nida Dar held up the ground but a cricket match is hardly won that way. David Hemp and Bismah Maroof would know that.

They would expect more from openers Muneeba Ali and Omaima Sohail, who were uncomfortable right from the beginning against Barbados. Their failure added more pressure on the middle-order with Maroof scoring 12 off 28 balls and Aliya Riaz struggling with 14 off 24 balls. It is never ideal to run into a side like India with such form in the kitty.

Then the deciding factor of the match will be how both sides recover from their first losses and ensure performances that are extremely important to their Commonwealth Games campaign. There would be no love lost between both sides, just like the smile on Baby Fatima’s face after the CWC game earlier this year. Cricket will have as much importance but things beyond wouldn’t be any less either - and for a change, it will not be the winner who will have happy faces around.