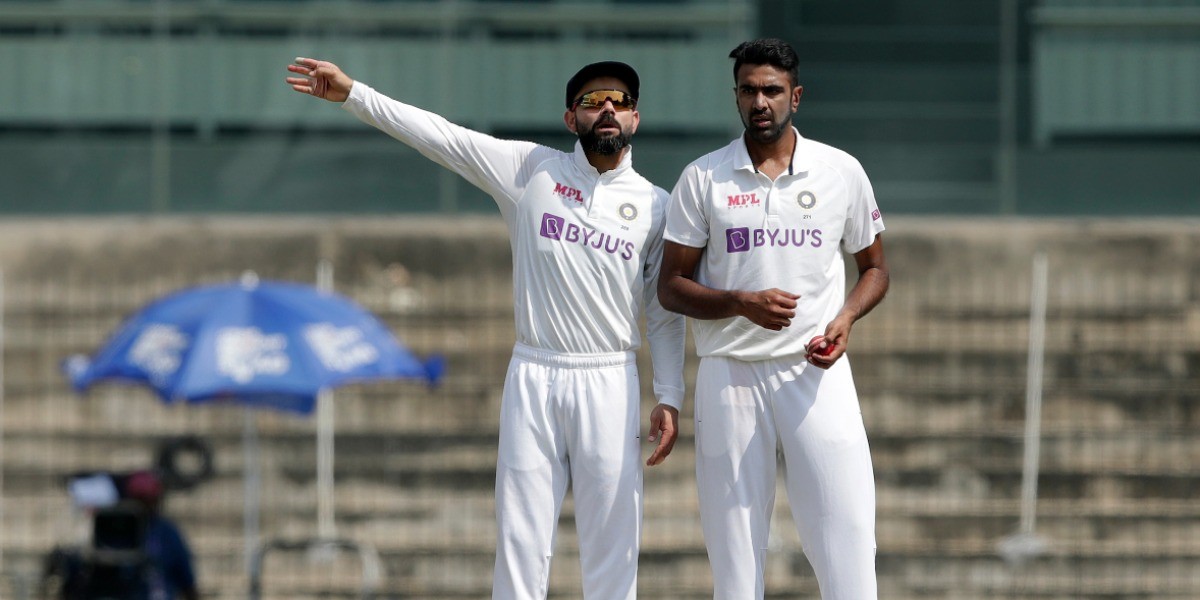 England won the first Test convincingly by 227 runs. On the back of that result, there is pressure on India to bounce back as they need to win this series to make it to the World Test Championship final.

Joe Root and Co. have the upper hand as far as results in recent Test matches between the two teams go, winning four out of the last five, but four of those were played in England. Their victory in the first Test should give them a lot of confidence though as they lost four matches and drew one during their last tour of India. 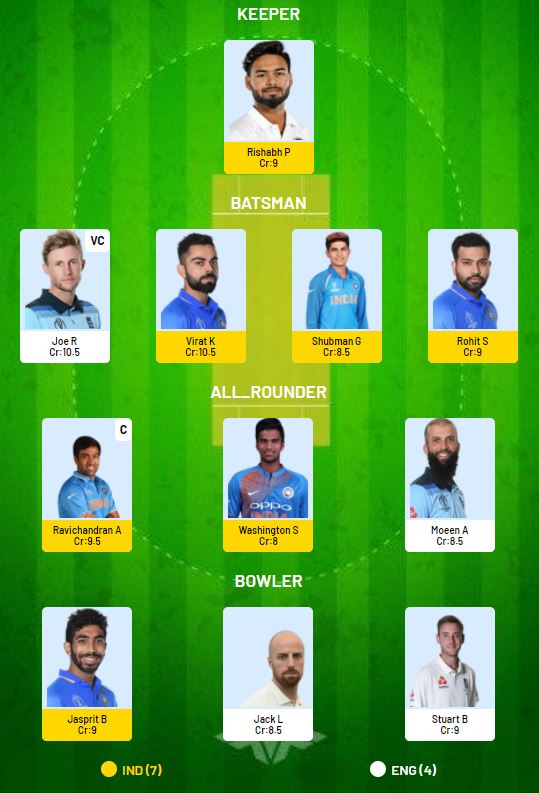 While you could go for the above team, you also have the option of choosing your own team from cricket.com’s Fantasy Research Centre. Based on algorithms, we come up with six different teams that could fetch crucial points. 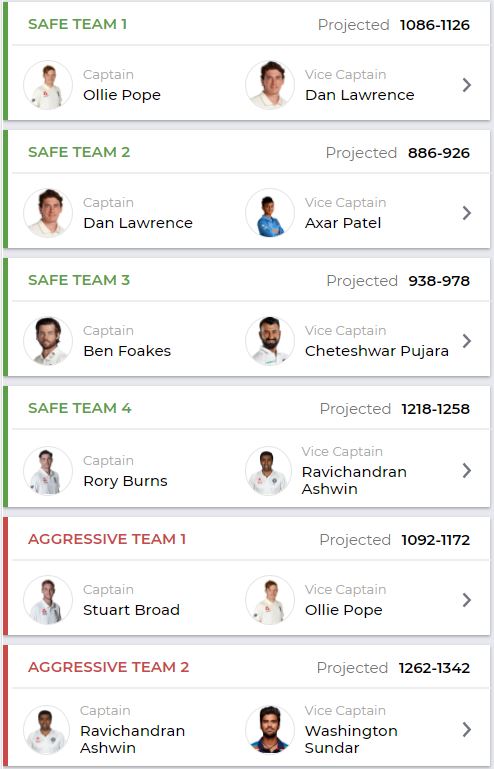 This will be the second consecutive Test match at the MA Chidambaram Stadium in Chennai. At the end of the first game, there was a lot of talk about the toss being a huge factor in the result. But there’s little doubt that the visitors played fantastic cricket and deserved their win, thereby inflicting India’s first home loss in Tests in almost four years.

In the first Test of the series, we saw conditions favourable for batting at the start before it changed later in the game. This has often been the case with the pitch in Chepauk in recent years. Since 2010, in the three Tests played at this stadium, the batting average in the first two innings has been 54.4, while in the third and fourth innings, the number drops to 20.7.

Unsurprisingly, spinners have bowled more overs (65.4%) and taken more wickets (66.3%) than pacers in Test cricket at the stadium in the aforementioned period. In the first Test, 24 of the 40 wickets were taken by the slower bowlers. Hence, we have selected four spinners in our team.

With two players, Virat Kohli and Joe Root, both at 10.5 credits, it’s quite a task to pick a team for this match on FanFight. In our suggested team, because of budget constraints, we couldn’t pick Cheteshwar Pujara or Ben Stokes which is a massive risk. But do remember to select your final XI only after the toss. If Kuldeep Yadav and Axar Patel are playing, they could turn out to be good options, especially considering they are at 8 credits. This should allow you to get Pujara and/or Stokes in your team. 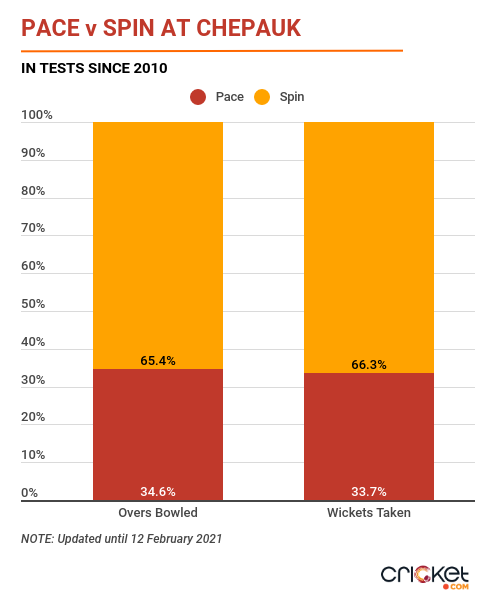 In India’s second innings in the first Test, Virat Kohli was dismissed by Ben Stokes for the fourth time in Tests. But it must be noted that the India captain has a good batting average of 54.3 against the England all-rounder across 17 innings. When two superstars of world cricket face each other, you can always expect something special.

When it comes to his batting, Ben Stokes has had his struggles against Ravichandran Ashwin. On Monday, the India off-spinner dismissed Stokes for the eighth time in Tests in 17 innings. This is an encouraging contest from an Indian point-of-view as Stokes’ batting average against Ashwin is just 20.8.

Ravichandran Ashwin took some blows while batting in India’s second innings in the first Test. If he plays, he should definitely be in consideration for the role of captaincy in fantasy cricket. In the first Test, he took nine wickets, including a six-for in England’s second innings. He has a bowling average of 22.8 and strike rate of 49.3 in Tests in India which are superb numbers. At times, Ashwin can also get you some valuable points with the bat.

Our Criclytics player projector predicts Ashwin could score 5-8 runs and take 8-10 wickets in this match.

At the time of writing, Joe Root is the captain in 51% and vice-captain in 14% of the teams that have been created on FanFight for this Test so far. That comes as no surprise considering the incredible form he has been in this year. In 2021, in three Tests, he has made three 150+ scores which include two double hundreds. In the first Test of this series, he scored a sensational 218 in his team’s first innings and was rightly named the Player of the Match.

Our Criclytics player projector predicts Root could score 216-325 runs in this match.

While Virat Kohli is the top batsman in the Indian team, Shubman Gill could be an X-Factor for your side. The 21-year-old has shown promise with the bat, including a fifty in the fourth innings in the previous Test, but he hasn’t yet got a really big score in Test cricket. With the talent that he possesses, though, a big knock shouldn’t be far away. In his four-match old Test career, Gill has scored 338 runs at an average of 48.3.

Our Criclytics player projector predicts Gill could score 63-94 runs in this match. 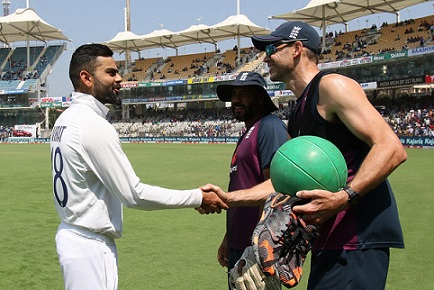 FANTASY
India vs England, 3rd Test: Fantasy Preview
Here are a few tips and suggestions that might help you in creating your fantasy team for the third Test between India and England in Ahmedabad