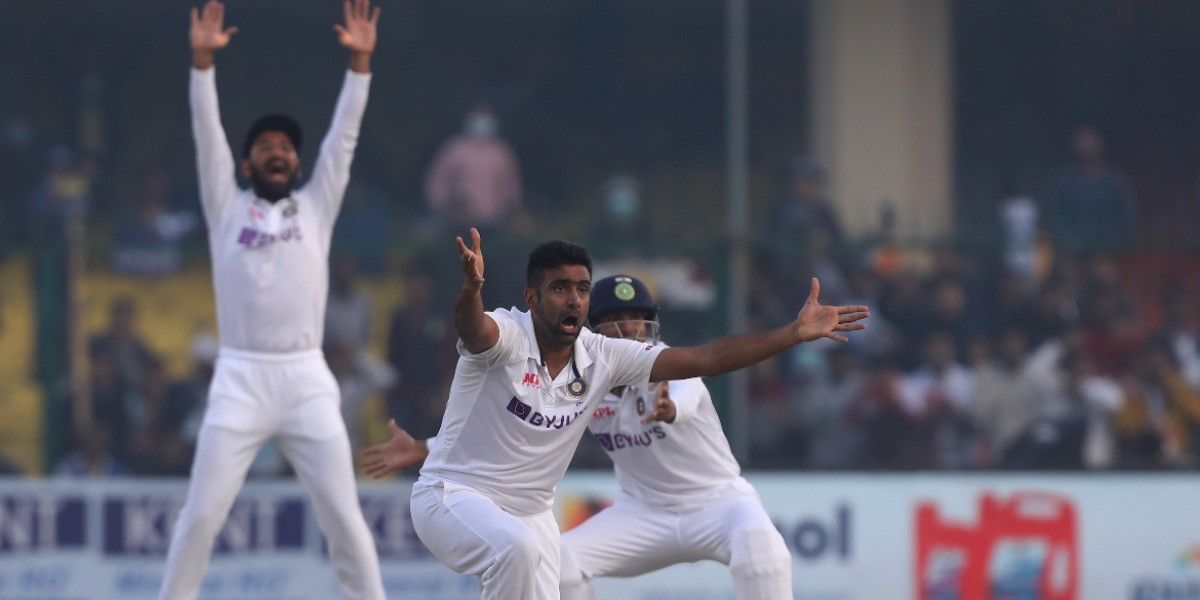 Here are a few tips that might help you create your fantasy team for the second Test between India and New Zealand in Mumbai, starting on December 3 (Friday)

It was a hard-fought game in Kanpur, probably one of the very best we have ever witnessed on the Indian soil in the last decade or so, as the Kiwi last-wicket pair survived the onslaught to wreck a draw for the visiting side. As the caravan moves to Mumbai, which is set to host a Test match after a gap of almost five years, things are pretty much on an even keel. And with Virat Kohli returning, India also have a selection conundrum that will test the water of their love for vice-captain Ajinkya Rahane, whose returns have been middling for a while now.

For New Zealand, things are rather smoother. Without the presence of Trent Boult and Devon Conway, they put up a commendable display and eventually walked out with a draw in a hard-fought Test match. Tom Latham, in both the innings, channeled his 2016 avatar to show why he is such a good player of spin bowling and his 95 and 52 in the Kanpur Test laid the foundation for what could be a historic few days for them on Indian soil.

Since 2010, Wankhede Stadium in Mumbai has hosted only four Test matches and scoring runs were not really a difficult postulation. With an average of 34.7 and a balls per dismissal ratio of 60.9, batters have had a reasonable amount of success at the venue and like a typical sub-continent wicket, spinners have ruled the roost.

In the last decade, spinners have picked 103 wickets - which accounts to 81.7% in total - as compared to 23 by pacers. If that is not enough evidence about what the wicket might offer, let’s get another thing into the head - pacers have had a strike rate of over 100 at the venue since January 2010. 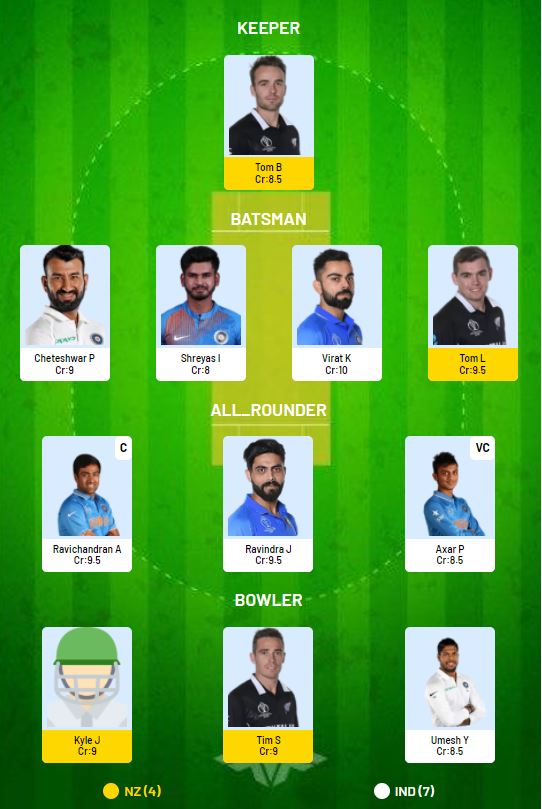 Ravichandran Ashwin is a legend of Test cricket and when it comes to bossing home conditions, very few cricketers have done with his consistency. Since January 2020, he has picked 57 wickets at an average of 18.9    and if you remove his away performances, his average goes up to 15.5. In those five home matches in this period, he has 38 wickets to his name and that is enough to tell you why he has been such an important cog in the wheel for India.

Axar Patel has dominated all the talks in the last four home Tests he has played and why would he not? In four Tests, he has 33 wickets which involve five five-wicket hauls. That is some insane record. Factor in his average of 11.24, we have a bowler who has become undecodable for visiting batters around the world. His batting prowess can’t be ignored either, with the Gujarat all-rounder averaging 33.03 in first-class cricket. Hence he is a must-have in your fantasy team.

Even though Kane Williamson doesn’t have a great record in India, where he averages 35.46 despite making a debut century all those years ago, he is still the most important player for the Kiwis in the Mumbai Test. With Tom Latham showing great consistency at the top and Will Young backing him up, there is a great chance that Williamson would do what he does the best. 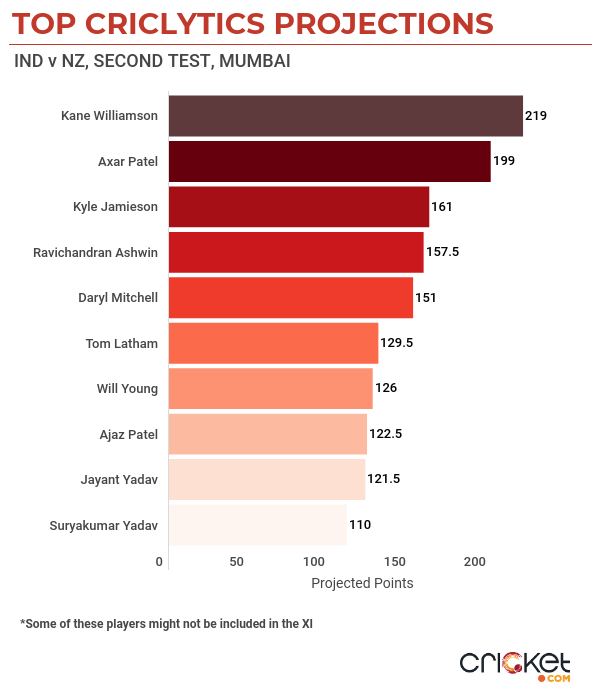 Player Match-up to keep an eye on

Not many Indian players have had a great time against Kyle Jamieson but Cheteshwar Pujara has suffered the most. He has been dismissed four times by the tall New Zealander, scoring just 46 runs in 170 balls. Their battle in Mumbai will be interesting. You can check out many match-ups from our tool by clicking here.