Indian bowlers didn't give us any freebies: Markram 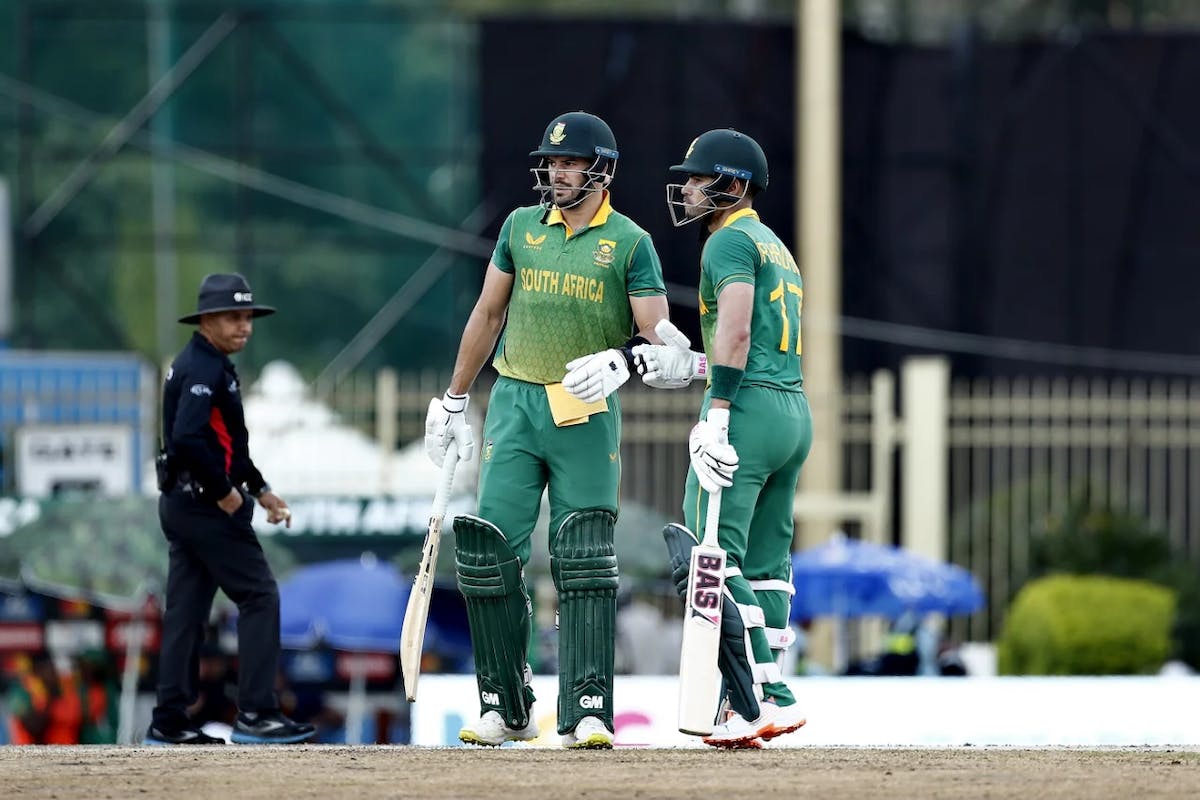 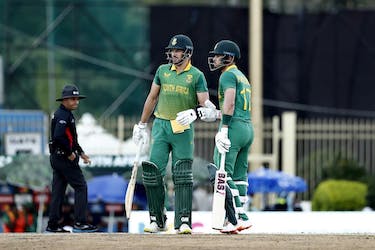 Indian bowlers didn't give us any freebies: Markram

South Africa middle-order batter Aiden Markram rued his inability to take the game deep despite top-scoring for his side, saying the Indian bowlers didn't give the visitors any freebies during the second ODI in Ranchi.

Markram (79) and Reeza Hendricks (74) shared 129 runs for the third wicket, but South Africa lost four wickets for 63 runs in the back-end to settle for 278 for 7, a target India chased down with seven wickets in hand, on Sunday.

"They (India) bowled well, they did not give us any freebies. Whenever a team goes bang-bang, the fielding team all of a sudden gets that momentum in their corner. Myself getting out at that time of the innings was, maybe, where we left that 15-20 runs short," Markram said after India levelled the three-match series.

"I would have liked to take it 10 overs deeper and be there in the last five overs and try and cash in, maybe that's where we fell short."

David Miller, who has been in imperious form in the tour with unbeaten knocks of 106 and 75 in the Guwahati T20I and Lucknow ODI respectively, too found the going tough in the death overs.

"You have got David Miller in the form of his life and if he's struggling to hit it out of the park it tells you something about two things -- they bowled really well and the conditions were really tough," Markram said.

Markram said he enjoyed batting with Hendricks. "The partnership was doing well and it's nice to have spent time in the middle. A lot of credit goes to Rezza for being able to keep the runs flowing from the other end. The wicket was slightly drier but we managed to put up a decent score."

Mohammed Siraj (3/38) was back in his elements as he spearheaded the inexperienced Indian attack and triggered South Africa's collapse by dismissing Hendricks. In-form Heinrich Klaasen (30) played some beautiful shots but he too couldn't go all the way and was dismissed by Kuldeep Yadav.

"If we look at the conditions we thought we were happy at 280 and it would have been defendable," Markram said.

The dew also played a role in the later part of the match, but the 28-year-old defended the Proteas' decision to bat first. "The ball was quite wet and we definitely saw the impact of dew. Maybe in hindsight, we can say we got it (toss) wrong.

"But from the initial look, it looked really dry so that's the reason we were batting first. I don't think we bowled badly at all. They hit some good balls to boundaries and it makes things quite tough to slow down," Markram said.

In reply, India cantered home in 45.5 overs riding on Shreyas Iyer (113 not out) and Ishan Kishan's (93) 161-run stand. "Ishan (Kishan) and Shreyas (Iyer) played excellent knocks. A lot of credit goes to them for having such a big partnership, and pretty much killing the game and getting their team over the line."

Asked about the reason behind skipper Temba Bavuma's absence from the second ODI, Markram said: "He was feeling slightly unwell and didn't want to risk ahead of the T20 World Cup. Obviously, we missed him. He is our leader."

Playing a three-match ODI series in the lead up to the T20 World Cup in less than two weeks' time may not be an ideal preparation, but Markram counted on the positives. "There are two sides to it. We get to play cricket and guys get to find form, that's the positive you can take.

"Obviously the two formats are slightly different but we look at everything that we take from it. It's a very important series for us to secure an automatic ODI World Cup qualification so we are giving it our all and taking the positives from the ODI series into T20." he signed off.

The decider will be played in New Delhi on Tuesday.