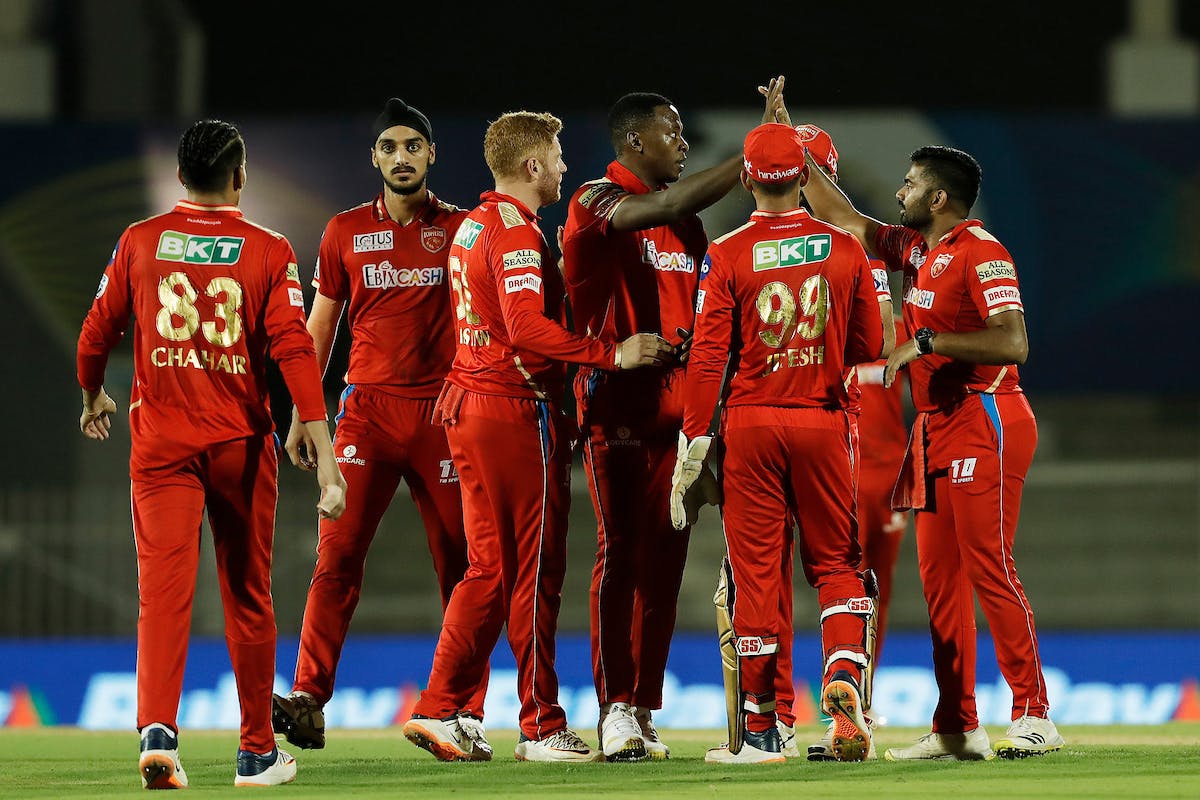 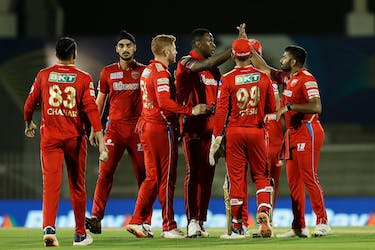 This article has been updated after Match 63 in which Rajasthan beat Lucknow Super Giants to reach 16 points.

After 63 riveting games in the league phase of the Indian Premier League, the race for a spot in the playoffs is heating up.

The newly inducted Gujarat Titans have secured their place in the top-2, and with three spots up for grabs, we take a look at the way ahead for the teams.

We have not considered the Net Run Rate (NRR) and will only analyse how the results of each of their encounter can affect their fortunes in the tournament.

The first team to qualify for the playoffs, the Gujarat Titans have been one of the most consistent sides in the tournament and recorded 10 wins in 13 league matches. With 20 points, the Titans are assured of a top-two spot, allowing them two opportunities to reach the finals.

Rajasthan Royals bounced back in a commanding fashion to register a 24-run win against the Lucknow Super Giants on May 15 and move to second position in the points table with 16 points.

While they have almost secured their place in the final four, a win against the Chennai Super Kings in their last league game at the Brabourne Stadium on May 20 will also hold them in good stead for a top-two finish.

The Lucknow Super Giants were on course to seal their place in the playoffs last week after eight wins in 11 league games. However, their comprehensive defeats in the last two games have derailed their campaign.

The KL Rahul-led side will face Kolkata Knight Riders in their last game and ought to win in order to secure their place in the playoffs. While they can still qualify with 16, it will depend on other results, and Net Rune-Rate as Bangalore and either Punjab or Delhi can still reach 16 points. A win will also put them in contention for a spot in the top-2.

Royal Challengers Bangalore were one of the firm favourites to reach the playoffs last week and even had a chance to finish on 18 points and have a shot at the top two spots.

However, Faf du Plessis-led side suffered a 54-run defeat against the Punjab Kings, denting their NRR further. The Challengers will face Gujarat Titans in their last league match and ought to win the contest to reach 16 points and stand a chance to progress further in the tournament.

Another area of concern for the Bangalore outfit is their NRR, which is -0.32. Among the top six teams currently, they are the only team to have a negative NRR.

For RCB to qualify: They will have to win their game and hope for the winner of Punjab versus Delhi to lose their last game. RCB cannot qualify on 14 points owing to poor NRR.

Delhi Capitals produced an all-around performance in their last game against the Royals to register their sixth win of the competition and go to 12 points.

The equation for Delhi in the tournament is simple - win all their remaining games and get to 16 points. Delhi will lock horns against Punjab Kings in their next league match, which will be a must-win game for both sides.

They can qualify at 14 with their good NRR but then would want to win against Punjab to remove them from contention and hope Hyderabad lose two and Kolkata lose one of their remaining games.

While 14 points are not enough to qualify for the playoffs, the Knights can still make it to the final four if they can register an emphatic win against Lucknow and also hope for a lot of other results to go in their favour.

Punjab Kings managed to keep their hopes alive in this competition by registering a comprehensive 54-run win against the Royal Challengers Bangalore.

They need to win both their remaining fixtures to reach 16 points and qualify for the playoffs. While Punjab's NRR was negative before the start of their game against RCB, their batting performance and a commanding win powered the team to get to a positive NRR, which will be crucial if teams finish on the same points.

Punjab will face Delhi in near do or die clash on May 16, followed by their last league match against the Sunrisers Hyderabad on May 22. If they manage to win both, they will all but certainly qualify for the playoffs.

There is also the unlikely scenario of them qualifying at 14. For that, Punjab will need to win one of the two to remain in contention, preferably against Delhi. Then it will depend on other scenarios like Delhi losing their last game, Hyderabad losing their remaining two and Kolkata losing one more.

After defeats in the last five matches, Sunrisers Hyderabad ought to win their remaining fixtures by big margins to reach 14 points and improve their NRR.

Chennai Super Kings and Mumbai Indians are out of the competition