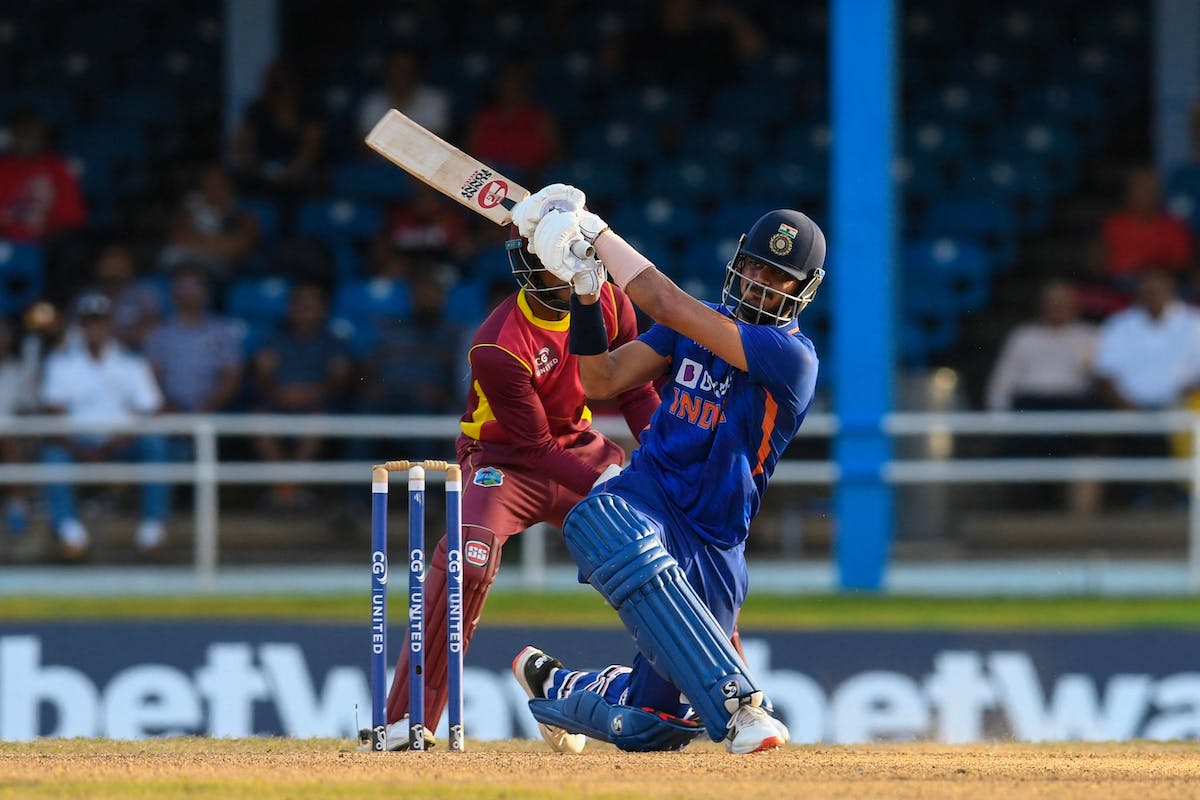 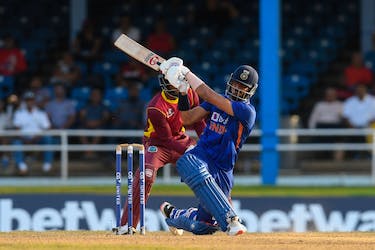 With key players giving this tour a miss, India's inexperienced batters showcased their skills to power the team to a series win

On the penultimate ball of the 39th over, Sanju Samson clipped a fuller length delivery to short fine leg and was run out trying to scamper through for a non-existent single.

With over 100 runs to get and half the side back in the pavilion, Samson's dismissal broke a million hearts. While most of us lost hope of India getting over the line, a young 28-year-old walked in to take centre stage in his first series after a five-year hiatus.

After taking the world by a storm with his exploits down the order in the second match of this edition of the Indian Premier League against the Mumbai Indians, Axar Patel joined Deepak Hooda in a similar situation with the team needing over 100 runs to win and not much batting to follow.

Thoughts rallied back to that innings as the southpaw smashed an unbeaten 38 off 17 deliveries to guide the Delhi Capitals over the line and showcase his batting credentials in the extravaganza.

Can he deliver yet again?

From the time he walked in to bat, he looked assured in his strokeplay as he steadied the innings with a couple of singles before executing a perfect pull over deep square leg off Akeal Hosein to kickstart his dominance.

Displaying an array of strokes all around the ground, Axar kept India alive in the run chase along with Hooda and Shardul Thakur. However, unlike his innings for the Capitals, India kept losing wickets at regular intervals, making it hard for him to win it single-handedly.

With 32 runs required in 25 deliveries and a debutant striding out, the onus of the side relied heavily on Axar to get the team over the line. A top edge that raced to the boundary, Axar was unbeaten on 48 and well on course for his maiden half-century.

He flicked the following delivery for a four between mid-wicket and square leg to get to his milestone. However, the celebrations were muted, and he acknowledged the dressing room with a mere thumbs up, clearly stating to the opposition and his teammates that his task ain't done yet and how much taking the team over the line means to him.

In the next 20 minutes that followed, Axar showcased his batting prowess to help India script a famous win and stamp his authority as a dependable option with the bat lower down the order.

With Ravindra Jadeja ruled out of the first two games, it provided an ideal opportunity for Axar to cement his place in the side, and the Gujarat-born player grabbed it with both hands.

And speaking of grabbing the opportunity, there is one player whose performance will bring a smile to his ardent fans as Samson smashed his maiden half-century to help the Men in Blue inch closer to the target.

Over the years, Samson's career has been a tale of two extremes, which is rather frustrating for the people, given the amount of talent possessed by the batter.

However, with most of the key players not in action, Samson was the first-choice wicket-keeper for the Indian side and a vital cog in their batting unit.

With the team tottering at 79 for three, the right-handed batter forged a crucial 99-run stand with Shreyas Iyer to lay a solid foundation for the side in the pursuit of 312. 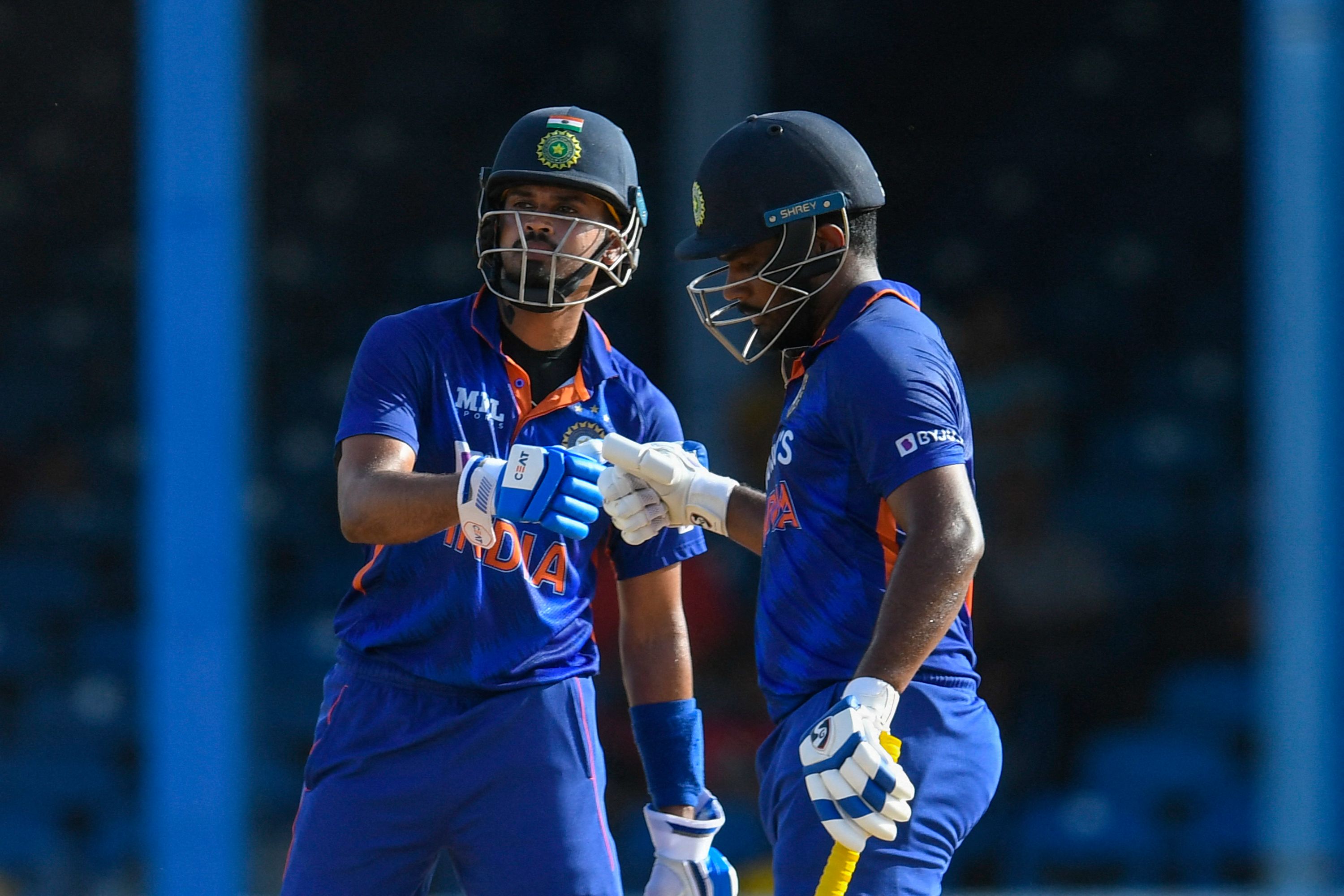 In his 51-ball stay at the wicket, Samson slowly accumulated the ones and the twos as Iyer tonked the ball all over the park in their vital partnership.

The 27-year-old was the epitome of calmness and played a perfect second fiddle to the exuberance of Iyer as the duo rallied together to get the chase back on track.

En route to their masterclass on how to build a partnership, Iyer continued his merry way as he smashed his seventh fifty-plus score in eight innings against the Windies.

While scoring runs for the nation is always special, this knock was more significant as the vice-captain of the side ducked and pulled his way through the barrage of short-pitched deliveries thrown at him.

After being touted as one of the players to watch out for in the future, Iyer's technique against the rising deliveries, primarily aimed at his body, has been an area of concern for the right-hander.

With a string of low scores courtesy of his inability to handle the bumper, there were question marks surrounding his skills to succeed at the highest level. 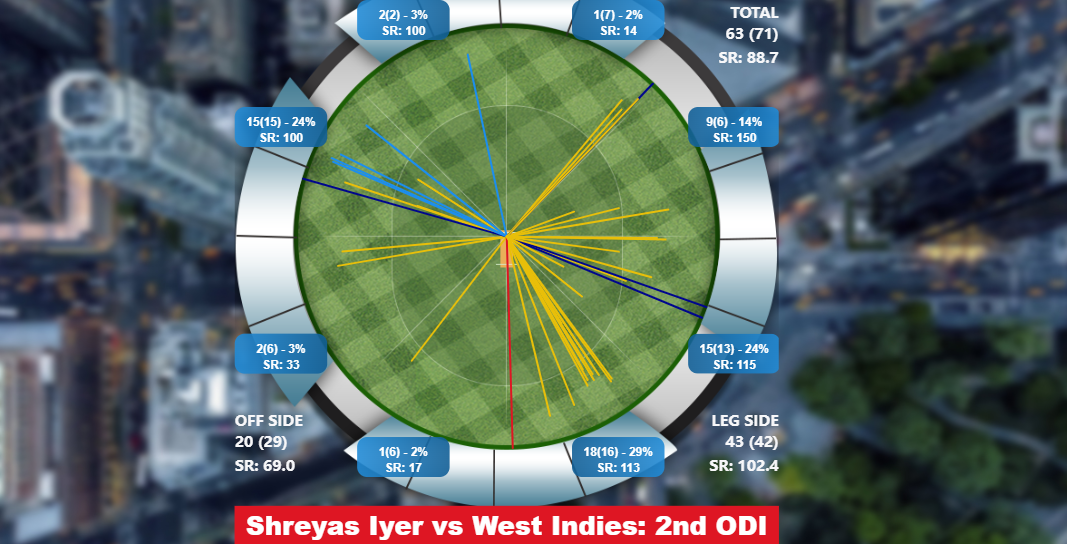 However, Iyer served a timely reminder of his credentials to the people as he swayed away from the deliveries or executed the pull shot to perfection to score some crucial runs for the team. And as he smashed a perfect pull stroke through mid-wicket off Kyle Mayers to reach his half-century, it was the icing for the Mumbai-born player.

Despite not batting through the innings and helping the team over the line, his outings in the first two matches should hold him in good space for the upcoming T20 World Cup Down Under after a disappointing series against England earlier in the month.

While the series is done and dusted with a game to spare, the final match promises to be a blockbuster as the Windies aim to salvage some pride against a young Indian contingent striving for yet another opportunity to stake a claim in the best XI.