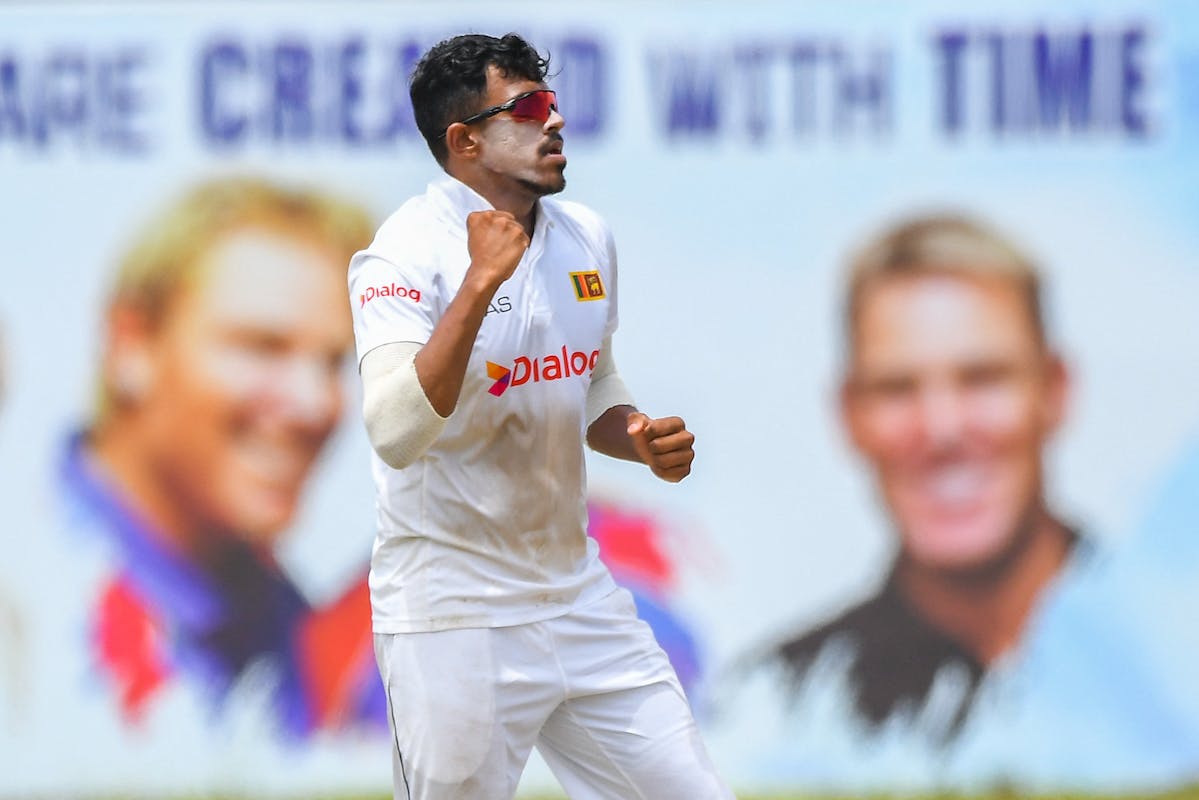 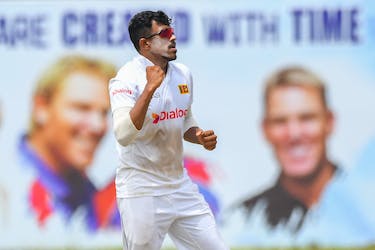 Sri Lanka Cricket (SLC) have confirmed that Maheesh Theekshana, who featured in each of the team’s last two Test matches, has been ruled out of the second Test of the ongoing series against Pakistan, starting July 24, owing to a finger injury. According to a Tweet put up by the board, Theekshana, who picked 5 wickets across the previous 2 Tests, has failed to recover from an injury he sustained on his right hand.

The board, therefore, have replaced the 21-year-old with all-rounder Lakshitha Manasinghe. A handy lower-order batter who specializes in bowling off-spin, Manasinghe featured in the two unofficial Tests against Australia ‘A’ last month in Hambantota and picked 13 wickets, including a five-wicket haul in the second unofficial Test. Manasinghe, in his first-class career, has picked 73 wickets in 17 games at a fine average of 26.38, and also averages 24.25 with the bat.

But while the hosts will be without the services of Theekshana, the second Test will see the return of opener Pathum Nissanka, who missed the latter part of the second Test against Australia and the first Test of the ongoing series against Pakistan due to Covid. What remains to be seen, however, is if Nissanka will walk back into the starting XI. The 24-year-old’s replacement Oshada Fernando impressed in the first Test, notching up scores of 35 and 64.

The second and the final Test of the series will be played in Galle from Sunday, July 24. The game was originally supposed to be played in Colombo but was shifted to Galle owing to the political situation in the country’s capital. Sri Lanka, who will enter the series 1-0 down, will be aiming to square the series like they did against the Aussies a week ago.