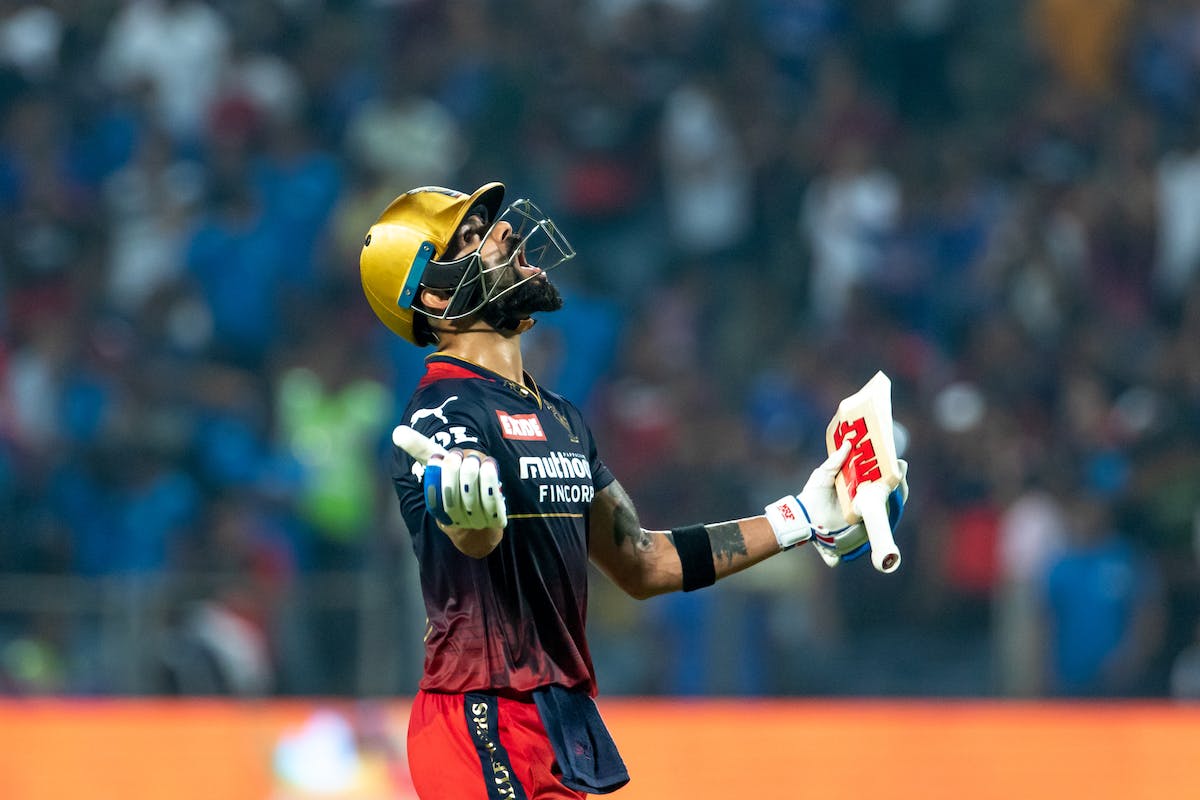 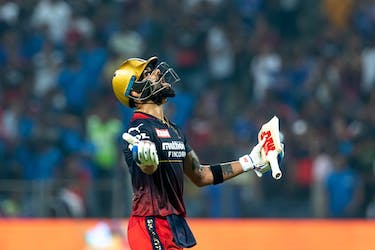 Is Virat vs. Kohli the biggest matchup this IPL?

Match Day, on the back of two consecutive ducks, the conflict in Virat Kohli’s mind is apparent. He sits by himself staring into the mid-distance. Almost subconsciously he’s taking his specs off, then putting them on and having a dialogue with himself.

Kohli: You got squat.

Virat: Ok, we’ve been there before, can we focus on now, how I don’t get another duck? I don’t want to be looking like MI with 8 consecutive ducks.

Kohli: What do you want? Ask yourself, what-do-you-want? Pause. You don’t have to answer right away, ask. But at least ask.

Virat: What do you want?

Virat: I want to…

Kohli: Ha good, you remember that…

Virat: Break, what break? Even you want me to take a break, whose side are you on, man?? First, it was everyone and their uncle on social media, then the firangis like KP, THEN Ravi…yeah, Ravi, off all people…now even you??

Kohli: Y’kno Ravi, you’ve always known Ravi, he’s loyal to his bosses. When you were boss, he was loyal to you. But you stopped being boss, a long time ago.

Kohli: Can we stop lying to ourselves. Can we take a break?

Kohli: I meant a break from this, specs on, specs off, dual personality BS, and come back when we are refreshed to restart the conversation.

Virat: Ok, I concede. We need a break. But only from this conversation. 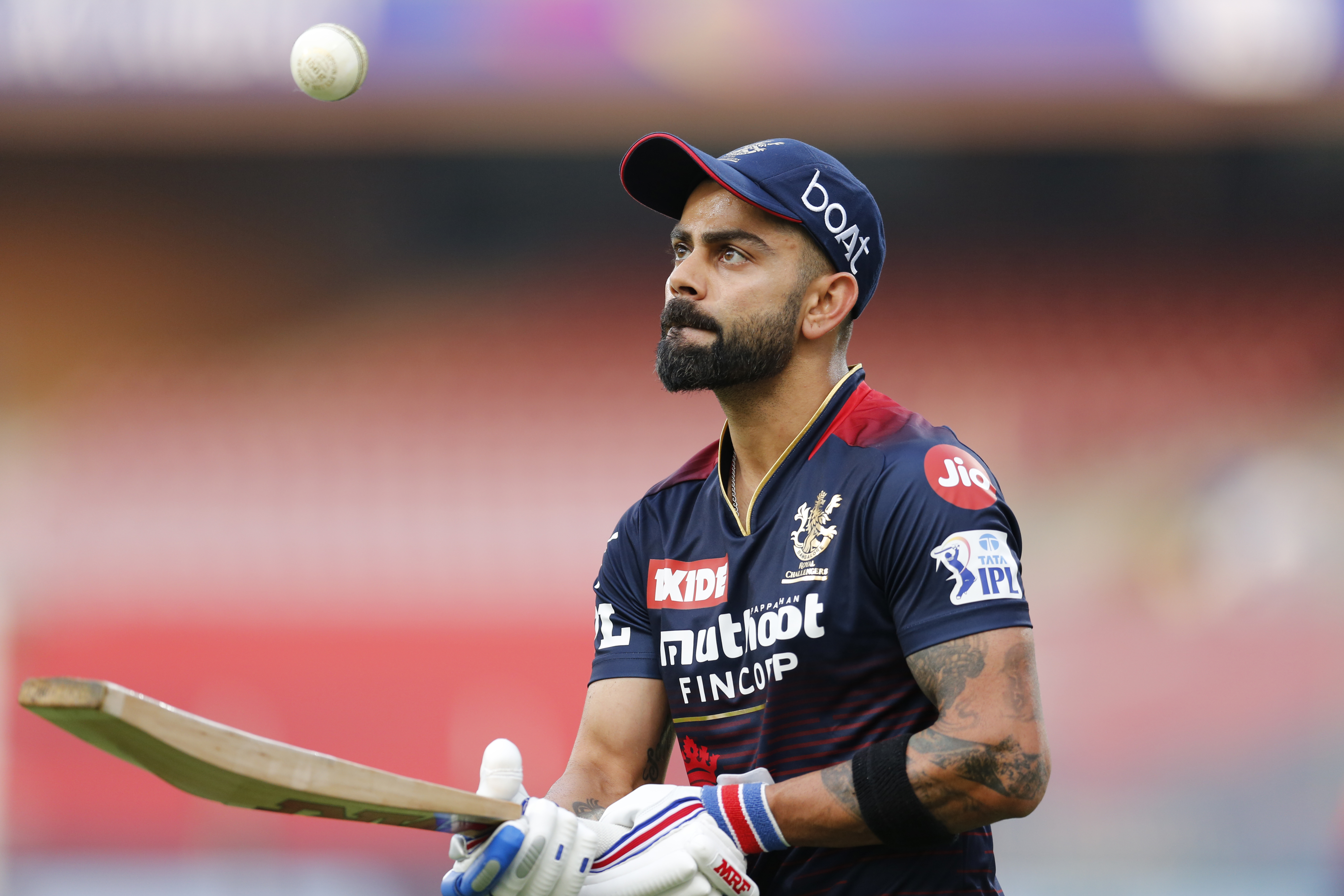 After a break from his heady conversation with himself, Virat Kohli steps out to the balcony. His wife, Anushka is there. He sits alongside her. They don’t say a word for a few minutes. Then she breaks the silence.

Anushka: How did it go?

They continue to sit in silence, then Kohli breaks the silence.

Kohli takes a deep breath and sighs. They sit in silence for what seems to be an eternity.

Anushka: I’ll go in, this change of scene will do you good…do you want your specs?

Virat and Kohli are at it again.

Virat: What did she mean by that’s a start?

Virat: Dunno what scares me more, not scoring runs, scoring another first-ball duck or being dropped.

Kohli: When you were captain, you dropped a lotta guys. You know who. Sometimes they came back. Maybe you need to know what it is to make a comeback in the truest sense, not to be feeding on past laurels.

Virat: Or past Hardys…hehehe past Laurels & Hardys…I used to be a Hardy…

Virat: Right, right, bite the bullet, Virat. Bite it. Another first ball duck scares the hell out of me. Think it will scare any batsman to have it festering inside, that fear, it kills me.

Kohli: So what’s the alternative? 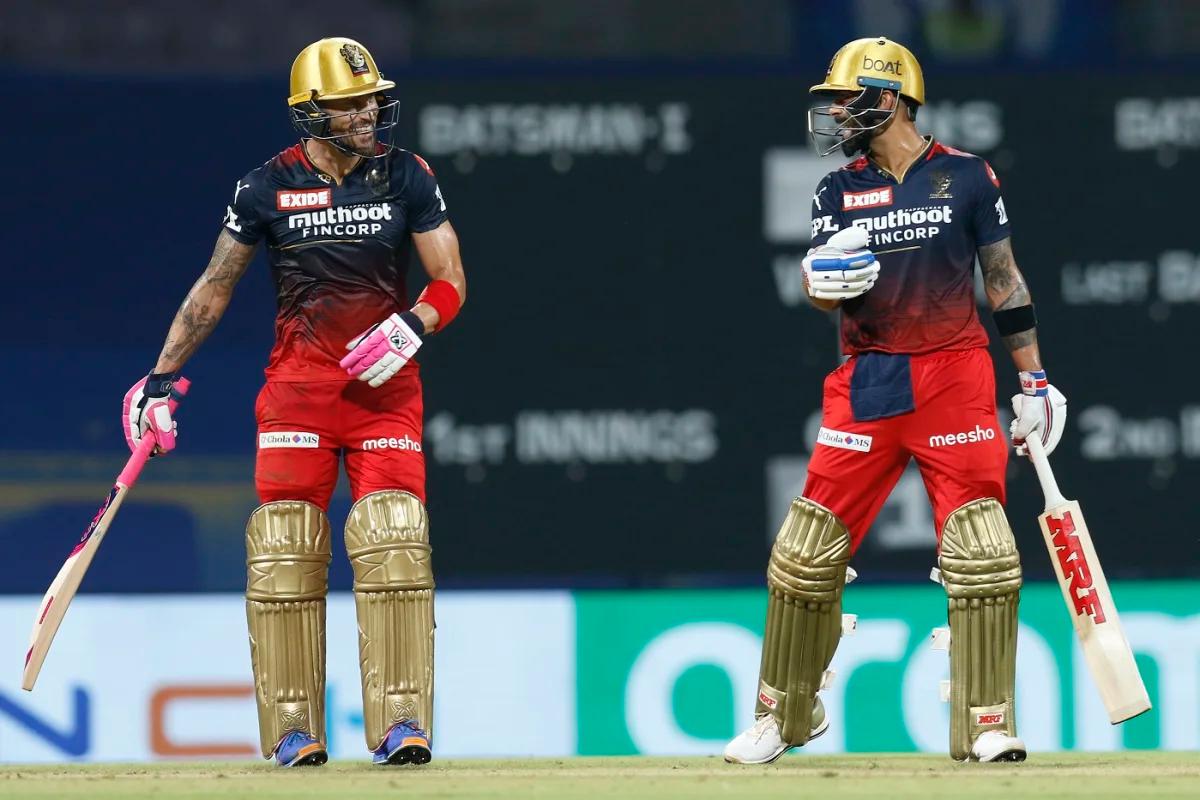 Virat: Ask Faf to give me a break for a few games?

Virat: What if he refuses?

Kohli: Have you asked?

Virat: What if they don’t pick me again, what if RCB win the IPL without me?

Kohli: Are you helping them win it just now?

Kohli: Your contribution is starting to resemble Manish Pandey’s.

Virat: we’re both gun fielders, we’re both more or less the same age too.

Kohli: Yeah, you’ve played far more than him. Being dropped may not be such a big deal for him. Each time he plays it’s like a comeback for him. Yet his team backs him match after match, then they drop him…then they pick him…only to drop him again.

Virat: Are you saying, I speak to him?

Virat: Or I could ask Paaji…

Kohli takes his phone, texts Tendulkar, who replies right away, they get on to a call. After the call, Virat walks back in, beaming.

Anushka: You look happy, like a load just came off you, think I know what happened.

Kohli: Yes, all these years, I didn’t realise…after carrying the team for years, I was carrying myself for years…the team is doing fine, with me, without me. But my load, my expectation of myself, Virat competing with Kohli, and Kohli competing with Virat, it has to stop. At some point, I just needed to know, I’m as much Virat as Kohli. And basically, deep down I’m this kid who played cricket, a kid called Cheeku.

Virat Kohli went on to eliminate the cover drive. In doing so, he lost a part of himself but gained so much more.