Internal conversation about captaincy is not for media: Rahul Dravid 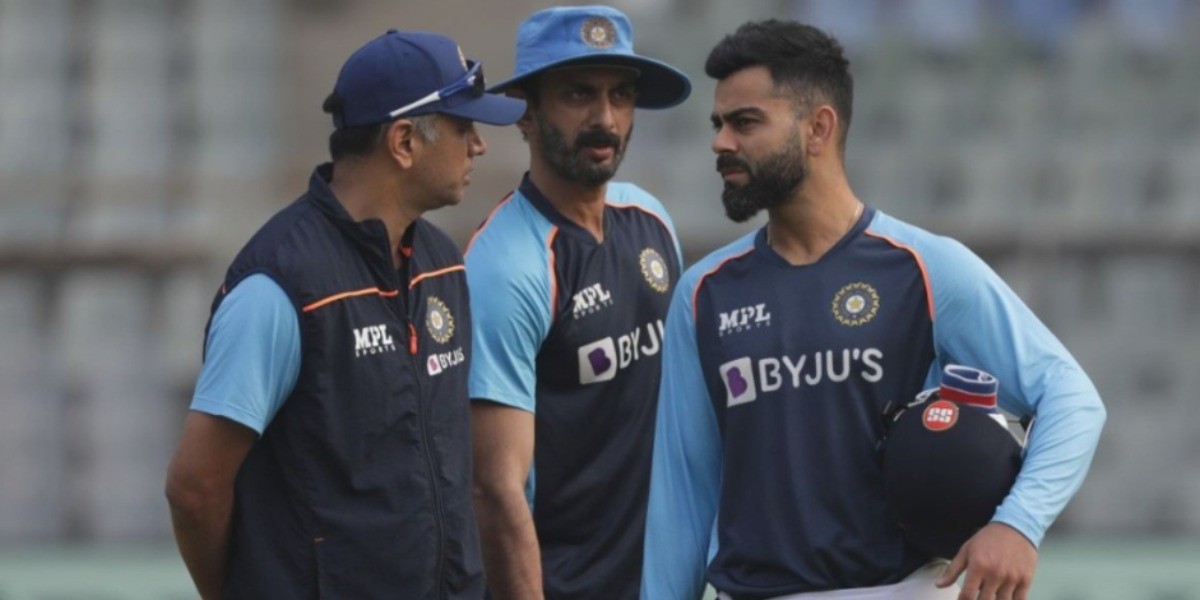 Internal conversation about captaincy is not for media: Rahul Dravid

On Saturday, India head coach Rahul Dravid refused to divulge details of any internal conversation he might have had with the selectors on Virat Kohli's white-ball captaincy, saying it is not for public consumption.

Over the years, the Indian captains have ideally addressed the media ahead of the opening Test match of a series; however, it was Rahul Dravid who answered questions ahead of the Boxing Day Test against South Africa away from home.

A month before the Indian team set foot for their opening match in the T20 World Cup, Virat Kohli announced his decision to stand down as the skipper of the Indian side in the shortest format of the game post the completion of the iconic event.

While he expressed his desire to lead the team in the ODIs, the selectors decided to hand over the reins of white-ball format to Rohit Sharma.

With tensions flaring in the pre-departure press conference as Kohli openly contradicted claims of BCCI president Sourav Ganguly that he was asked to continue as T20 captain as there can't be two white ball captains.

The 33-year old said that no one in BCCI told him not to quit the T20 captaincy, which created an ugly controversy. However, the Head coach of the side praised Kohli for his passion for Test cricket and hoped that he would do well in this series.

"Virat has played a huge role in that obviously as a player and a leader. He has been fantastic. He is one of those players who loves Test cricket and really wants to compete. So, hopefully, he has great series that benefits the team as well," he concluded.