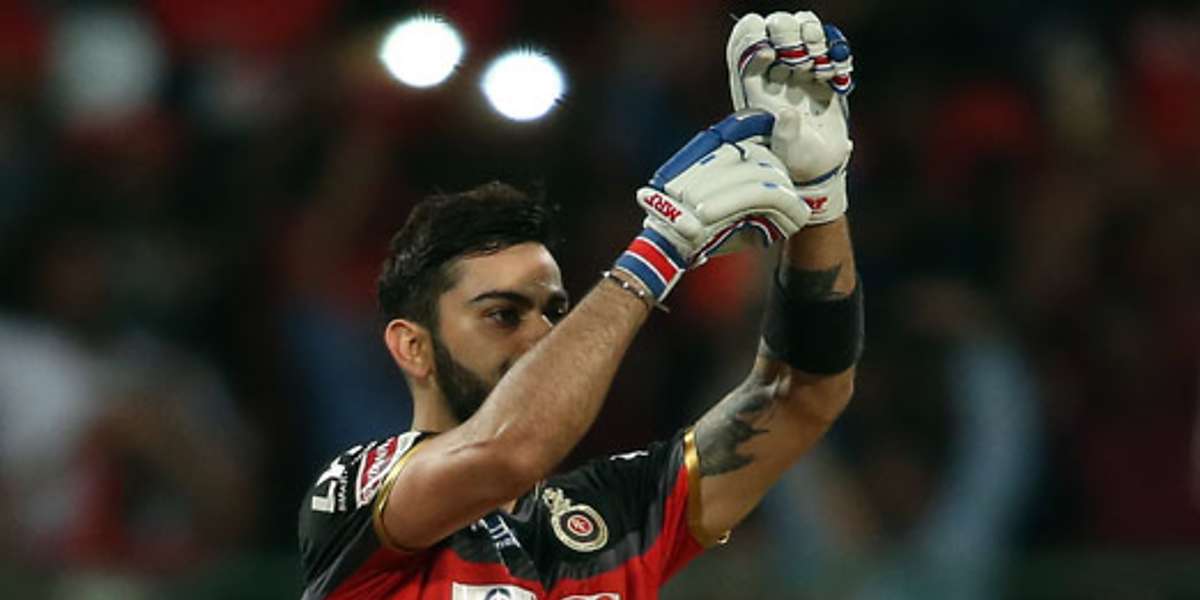 On this day, Virat Kohli slammed his fourth hundred of the season in a 15-over encounter against KXIP, that too with an injured hand

Matches 16 | Runs 973 | Average 81.08 | Strike-Rate 152 | 100s/50s 4/7 - These numbers tell you how dominating Virat Kohli was in the 2016 Indian Premier League. The Royal Challengers Bangalore captain smashed 11 50-plus scores in the season and almost single-handedly led his team to the final, which they unfortunately lost to Sunrisers Hyderabad. The batting maestro owned the 2016 edition and scored runs for fun. No other batsman has more runs than him in an IPL season.

Kohli played quite a few solid knocks in that season but one that stood out was his 50-ball 113 against Kings XI Punjab. What makes that innings more special is he scored those runs in a rain-curtailed encounter, which was reduced to 15-overs-per-side.

Kohli didn't have a single T20 century prior to this tournament but by the end of the group stage, he had four! The right-hander started the 2016 season with a brilliant 75 against Hyderabad and kept his form going right till the end of the event. He slammed his first century against the now-defunct Gujarat Lions and then scored another one against the similarly not there anymore Rising Pune Supergiant, before once again tormenting Gujarat.

Bangalore had to win this match to push their claims for a spot in the playoffs and it was their skipper who once again rose to the occasion.

Punjab's captain M Vijay won the toss and opted to bowl first on a batting-friendly Chinnaswamy surface, and Kohli and Chris Gayle made him pay big time. The match was reduced to 15 overs and both the batsmen were slightly watchful in the first three overs. The carnage began in the fourth when Kyle Abbott came onto bowl and Gayle clobbered him for two sixes and a four. He then smoked KC Cariappa for a six and a four in the next over, before Kohli switched gears and blasted his first maximum.

There was no stopping Kohli thereafter as he smacked three fours and two sixes in the next two overs as Bangalore raced to 82 for no loss at the end of seven overs. There were bottom-handed flicks, glorious cover drives, authoritative back-foot punches, stylish cuts and pulls, astonishing maximums over long-on and long-off... Kohli batted like a dream.

Both Kohli and Gayle crossed the 50-run mark in the ninth over but it was the former who went on to smash a century. Gayle was dismissed in the 11th over after hitting four fours and eight sixes in his 32-ball 73 but Kohli carried on. Prior to that over, Kohli had tonked Cariappa for three sixes in the space of five deliveries and the offspinner finished with 55 runs to his name in three overs.

AB de Villiers was knocked over for a silver duck, while KL Rahul chipped in with a handy 16*. However, it was Kohli who continued finding the fence with utmost ease. He hammered Mohit Sharma for three consecutive boundaries in the 13th over and then hit Sandeep Sharma for two fours and a six in the 14th to complete his century. He was dismissed off the final delivery of the penultimate over, but only after he had smoked 12 fours and eight sixes.

It was because of his unbelievable innings, Bangalore managed 211/3 in just 15 overs. In response, Punjab could only make 120 in 14 overs before rain brought a premature end to the match as Bangalore emerged victorious by 82 runs (DLS Method).

*FYI, Kohli did all this despite the seven stitches on his left-hand after he split the webbing in the previous match against Kolkata Knight Riders.

"To be honest, I didn't think I would get a 100 in 15 overs. I wasn't believing all that was happening around me. I was not willing to look at the scoreboard because I knew I was hitting the ball well and was feeling like I could hit every ball for a four or a six. When you get into the zone, you feel like you can hit every ball from point to square leg," Kohli said about his knock.

"Today, it was a little tricky. I didn't look to hit any balls, as I was feeling the pain. I felt a bit of gap in my hand and tried to make it thick. First few balls, I was flinching a bit. The first 8 to 10 balls, I was thinking about it, but once I got the flow going and my pain got away, I just tried to keep a base and kept going."

Kohli was dismissed for a duck in the first qualifier against Gujarat but Bangalore still made it through to the finals because of de Villiers' brilliance. In the final, Hyderabad managed 208/7 in 20 overs and despite Kohli and Gayle's fiery opening partnership, Bangalore lost the match by eight runs. Bangalore were 140 for 2 in 12.5 overs when Kohli departed for a 35-ball 55 but the middle order couldn't step up and the franchise ended up losing their third IPL final.