Sunrisers Hyderabad ready to punch above their weight again 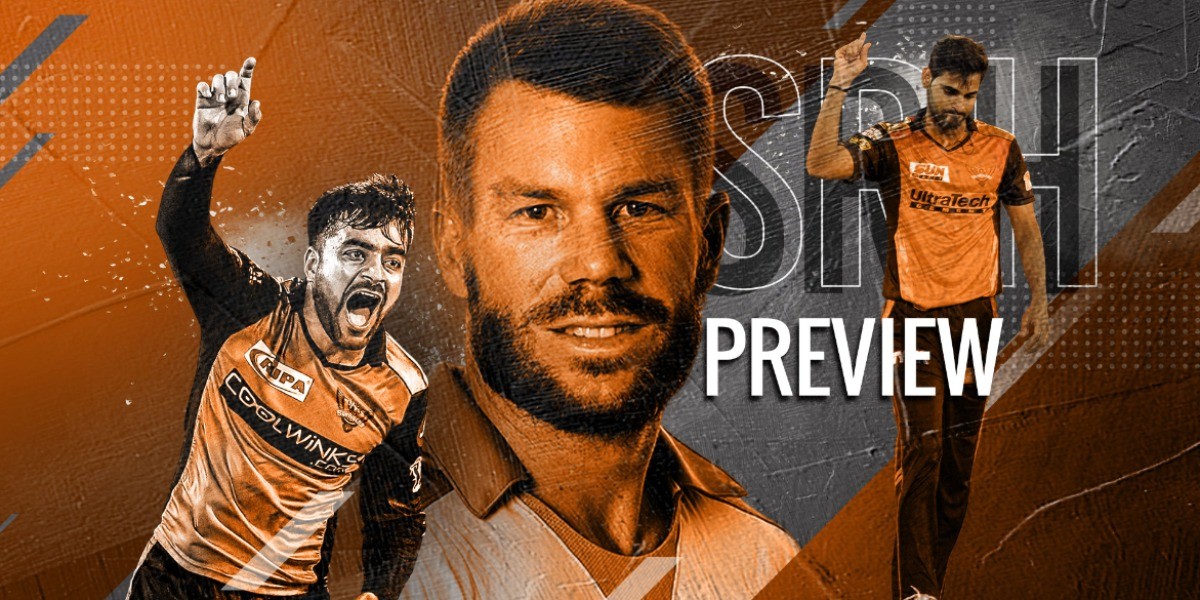 Sunrisers Hyderabad ready to punch above their weight again

“Leicester City! Leicester City are champions of England and the world is left to wonder, wide-eyed, thrilled, bemused, ‘How on earth did that happen?", cried an ecstatic Peter Drury when Leicester won the Premier League in 2016. Back in the subcontinent that year, the Sunrisers Hyderabad went on to win the ninth edition of the Indian Premier League. The ‘Underdogs’ finished at the top of the podium. Since then, both the teams are considered threats, but never do they begin a league season as firm favourites.

The Hyderabad franchise had a decent outing last year. They converted a rather slow start to make it to the playoffs, eventually bowing out to the finalists Delhi Capitals in Qualifier 2.

David Warner at the top of the batting order is a serious force to reckon with. The Hyderabad skipper amassed 548 runs last season but it was his partnerships with Jonny Bairstow and Wriddhiman Saha that helped SRH dictate terms from the outset. In the powerplay, Hyderabad scored at 8.4 runs per over - the highest among all teams. And, they averaged 53.6 runs per wicket in this phase - also the best. 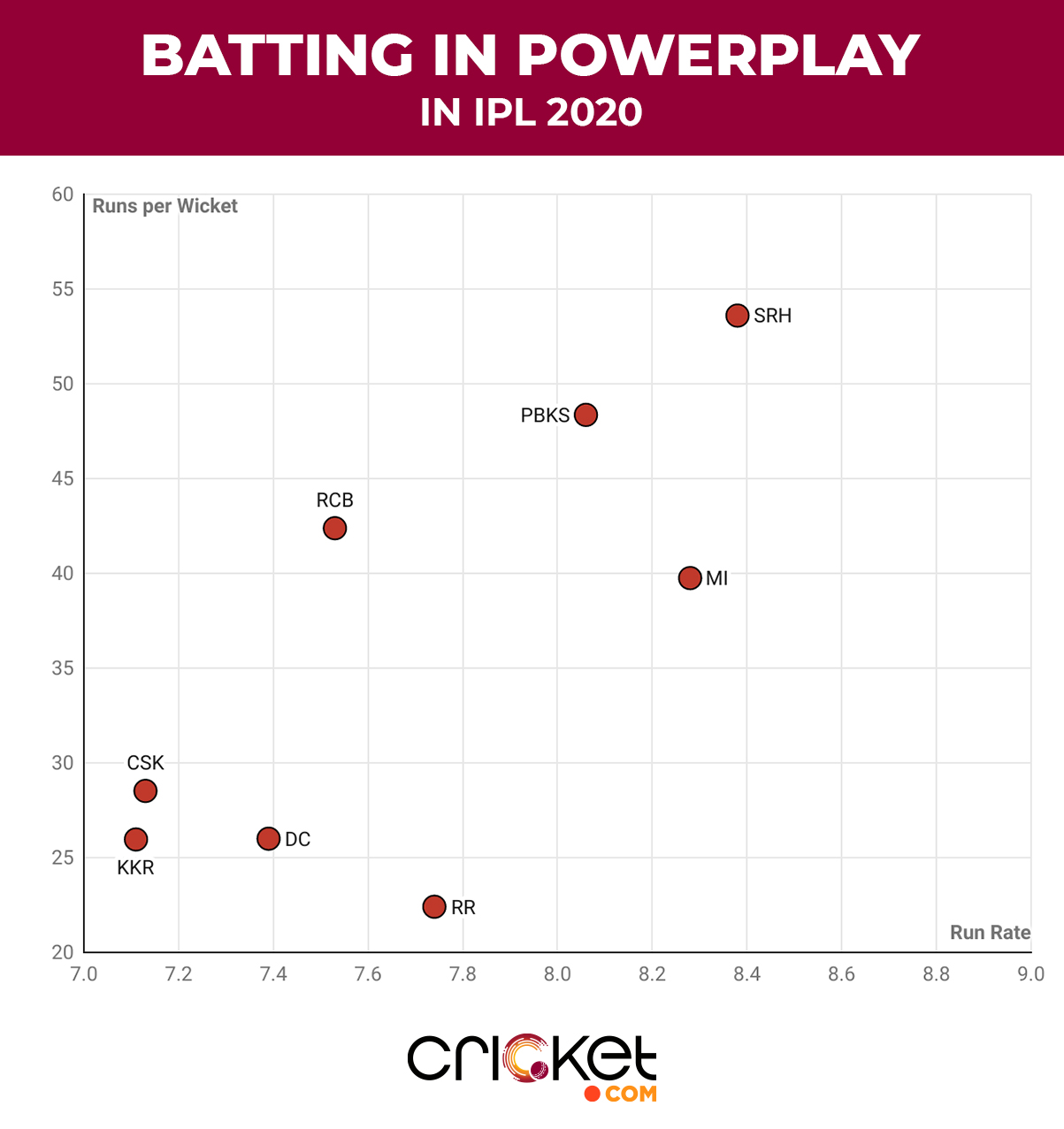 Sunrisers Hyderabad controlled the middle overs (7-15) with the ball last year. They bagged wickets at 22.7 balls per scalp and conceded only 6.9 runs per over in this phase, both being the best. Rashid Khan was the pick of the bowlers for them. 19 off his 20 scalps last season came in the middle overs. 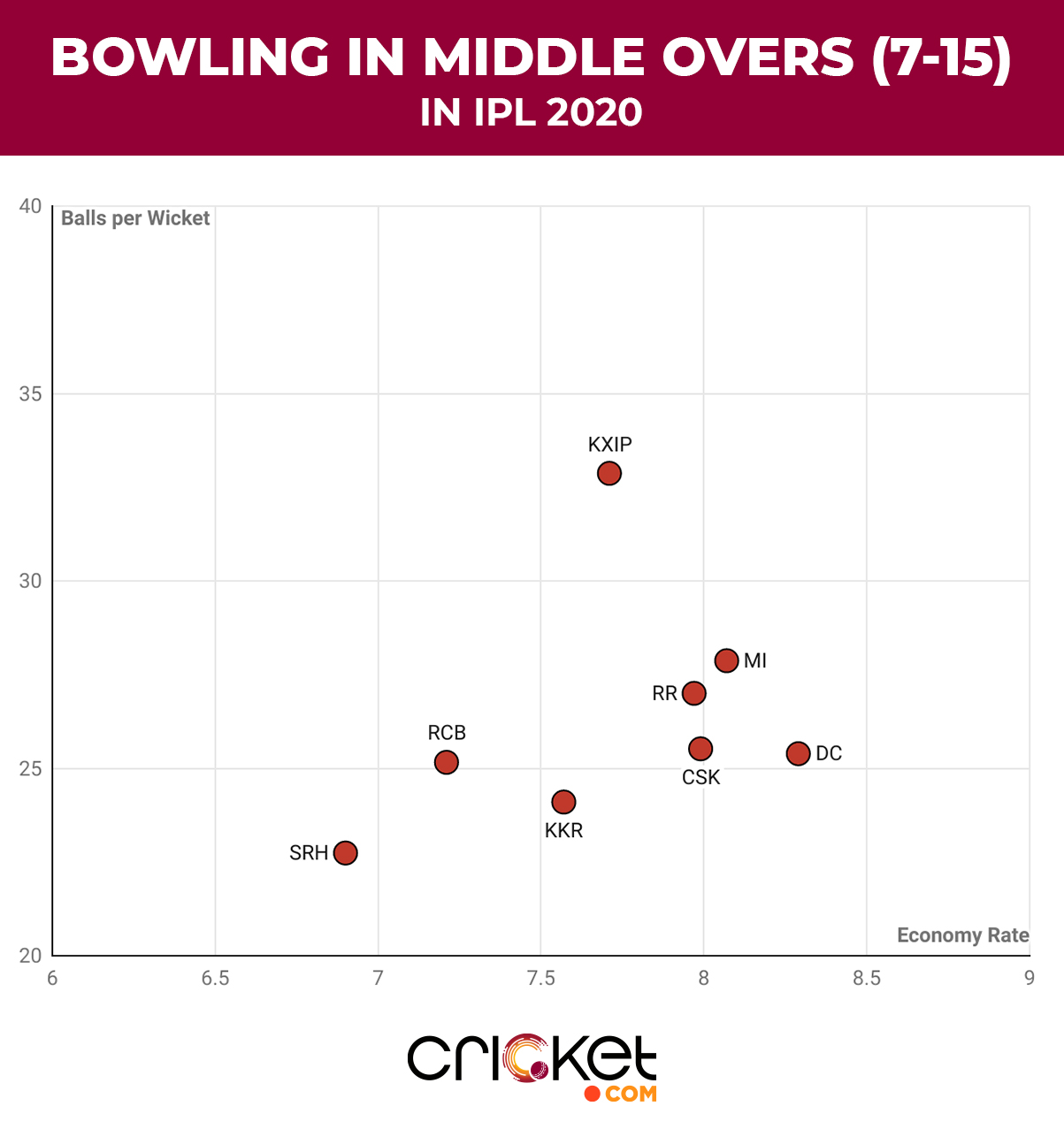 While SRH's numbers in the batting powerplay were the best, their power-hitting in the last five overs was lacklustre. The Sunrisers scored the least number of runs (623) from overs 16-20 last season. They managed these runs at 9.0 runs per over - also, the lowest.  The deficiency was felt as far as six-hitting is concerned. SRH smacked only 20 sixes in the final overs, while the champions, Mumbai Indians, cleared the rope 56 times. 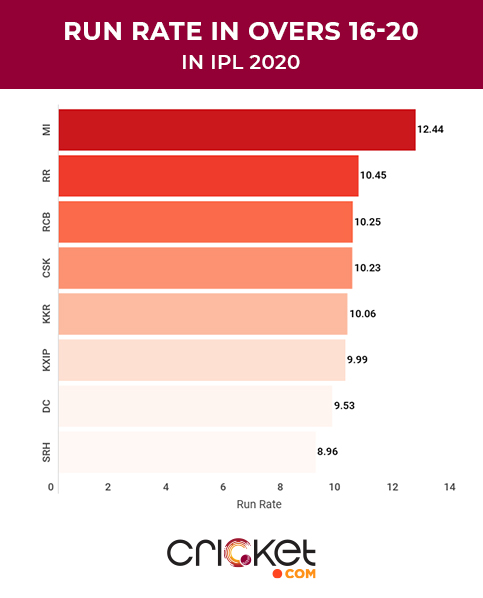 SRH have always been dicey chasers. Last season they batted second 10 times and managed only four wins. The defeat against the Punjab Kings where they fell short of the target by 12 runs, chasing only a mere 127, exposed their lower middle-order. Qualifier 2 was also in the bag had the lower middle-order not collapsed.

SRH were sloppy in the field last year. On paper, they had one of the most dynamic fielding units but the numbers paint a completely different picture. SRH dropped as many as 24 catches, the most in the league, with a catching efficiency of only 71.1% - also the lowest. 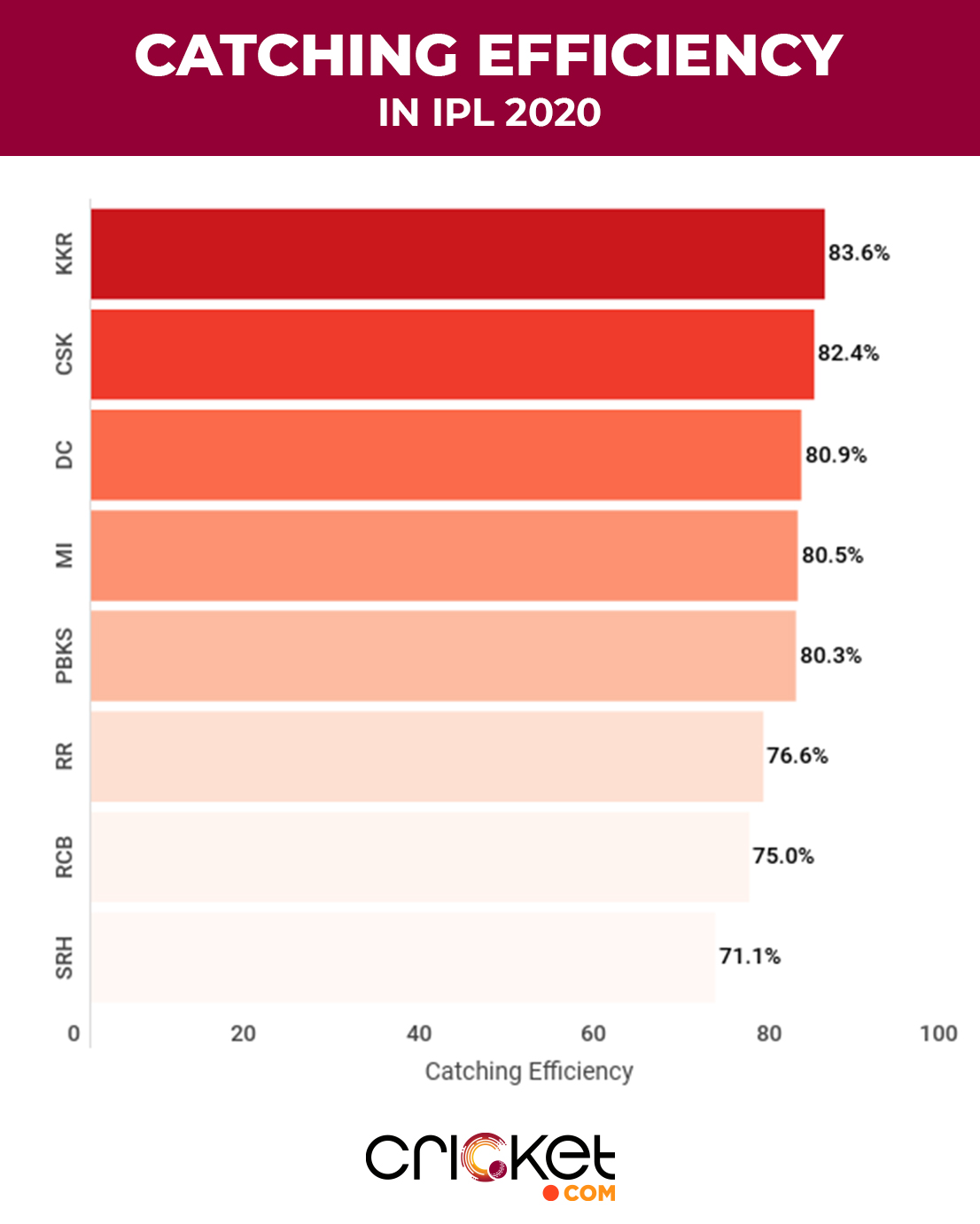 With the likes of Manish Pandey, David Warner, Priyam Garg, Abhishek Sharma and a couple more to name, the numbers are quite appalling. Their ground fielding was not the greatest either. The net runs saved were -17, were only better than Delhi Capitals and Chennai Super Kings.

Virat Singh garnered impressive numbers in the Syed Mushtaq Ali trophy 2021. The 23-year-old southpaw smashed 250 runs in five innings at a meaty strike rate of 150.60. Hyderabad have no left-handed batsman in their ranks as a middle-order option and Virat's inclusion might just provide them with the variety they are looking for.

Siddarth Kaul's numbers this year have been noteworthy. The pacer bagged 14 wickets in the Syed Mushtaq Ali Trophy and followed it up with 14 wickets in the Vijay Hazare Trophy as well. Hyderabad have a plethora of medium pacers in their dugout but Kaul has certainly made his case stronger after an indifferent IPL last year.

SRH's campaign last year was hampered by injuries to Bhuvneshwar Kumar and Mitchell Marsh. While the former has made a stern return and looked at his imperious best in the recently concluded limited-overs series versus England, the latter has pulled out of IPL 2021 expressing his inability to spend long times in the bio-secure bubble. Injury concerns do remain a significant threat and the Sunrisers will hope to have an injury-free season this time.

The middle-order conundrum can come back to bite Hyderabad. Kedar Jadhav was acquired for Rs.2 crores at the auction for his experience but the right-hander had a diabolical 2020 season, to say the least. Jadhav scored 62 runs in 5 innings at 20.76 with a strike rate of 93.9. Do they trust Jadhav and Vijay Shankar to do the job or will the likes of Abdul Samad, Priyam Garg, Abhishek Sharma be burdened with the task of finishing games for their side?

Hyderabad have a gun top-order, a world-class attack to help them defend tricky targets but the big question is can they go all the way?