IPL New Arrivals: George Garton’s massive jump from a shark to a Royal 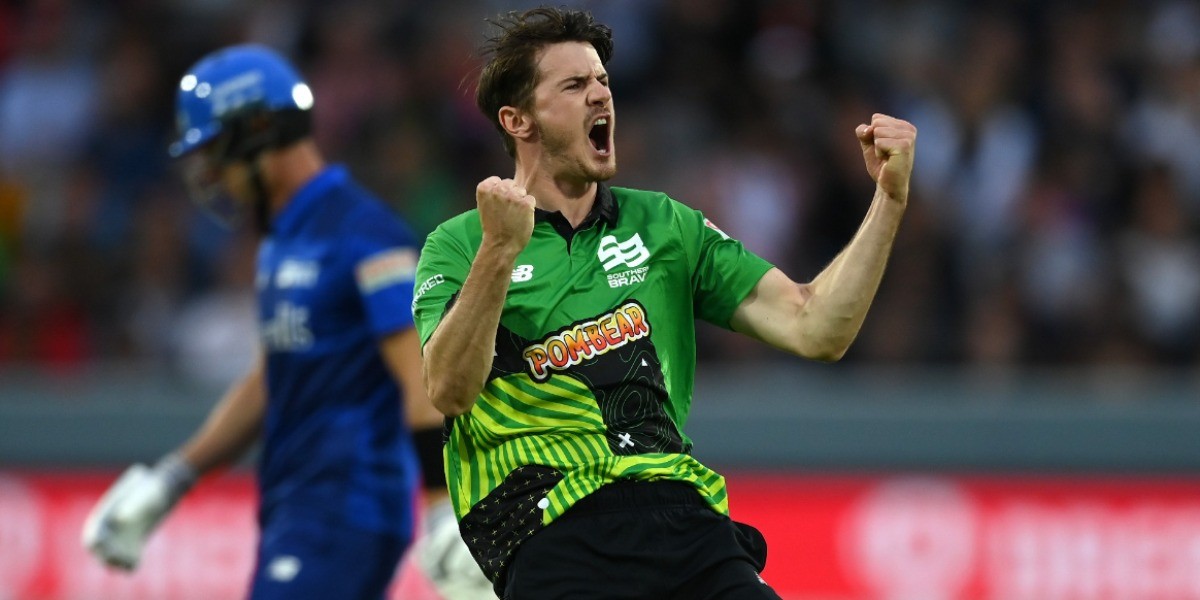 IPL New Arrivals: George Garton’s massive jump from a shark to a Royal

When RCB signed George Garton as a replacement player, there was an evident surprise on social media

38 T20 games, 44 wickets, an economy rate of 8.26 but an average of 20.06, George Garton has made a stunning jump in the world of franchise cricket. At the age of 24 despite having made no appearances for the national team, what makes the Sussex left-arm pacer a sensation?

The whole idea of T20 cricket has changed over the years, the franchises have moved on from solely relying on the household names to venturing into the territory less explored – talents and skills. Just in the first half of the 2021 IPL, Mumbai Indians handed a debut to South African all-rounder Marco Jansen, who until that point had just played 10 T20s.

England’s love-affair with left-arm pacers is vividly known, with Tymal Mills, Reece Topley, Sam Curran and Garton – all making it to the England squad in the recent years. While not just that, the increase in domestic white-ball competitions, including T10 has made players like Garton more valuable than the others.

Having impressed Mahela Jayawardene, Southern Braves’ coach during his time at Sussex, Garton offered a really unique package that fit perfectly with the franchise’s needs – ability to take the new ball, brilliant in the field, bats in the lower order. Last year, Chennai Super Kings profited from having a similar skillset in the squad and in various tournaments around the world, franchises have invested heavily in such players.

But with the cut-off for the IPL coming at a very nascent stage for the left-arm pacer, he was left out of the teams’ wish list but somewhere down the line, RCB had his name highlighted. Garton’s year has been a rollercoaster one, having made it to the England squad against Sri Lanka and subsequently against Pakistan, he contracted the virus at the wrong possible time.

However, ever since his recovery, the all-rounder has made a visible impact with the Southern Braves in The Hundred, which has then pushed him onto the IPL stage, even before his international debut. While Adam Milne finished the tournament as the leading wicket-taker (12 wickets), Garton ended the tournament with ten clips.

Striking in the powerplay

In the first half of the 2021 IPL, RCB were the third-best team in the powerplay (1-6) with 10 wickets in the tournament. While they picked up a wicket every 25.2 deliveries, which also happened to be the third-best, the franchise was heavily reliant on the success of Mohammed Siraj and Kyle Jamieson in the powerplay.

However, the franchise also had options to choose between Kane Richardson, Daniel Sams and Washington Sundar to bowl in the powerplay, which made their squad strong. In the absence of the trio, the franchise signed George Garton and Dushmantha Chameera to strengthen the new-ball bowling. 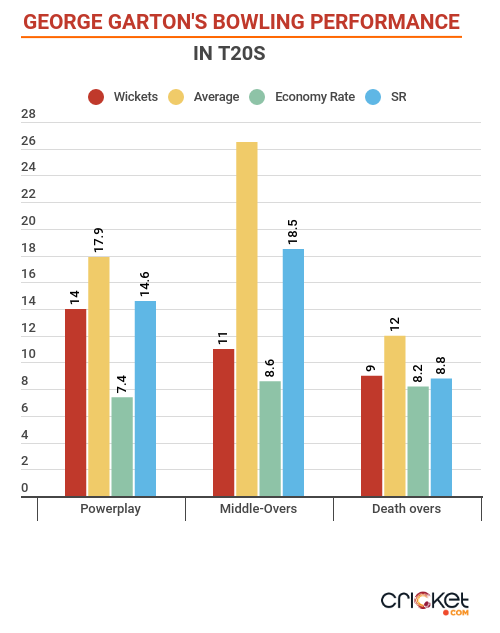 Garton fits in perfectly to the needs of the franchise, with 14 of his 34 wickets having come in the powerplay phase, the best phase for him. In the first six overs, the left-arm pacer has averaged 17.9, conceding runs at just 7.4 RPO while striking every 14.6 deliveries, showcasing his value.

As a traditional left-arm seamer, the Sussex pacer fits in as a natural replacement for Sams but offers more value with the new nut. With an innate ability to bring the ball back into the right-hander, Garton also uses the crease to the fullest, making it extremely tough for the batsmen to handle, coming at pace of 90mph and even more. That combined with an uncanny action, it leaves the batsmen in a spot of bother.

No issues with the variations

Not quite on the same page as Benny Howell, Garton does have a dearth of variations under his sleeves, something that was on show in the recently concluded edition of The Hundred. The left-arm pacer, who picked up 10 wickets in the competition showed as many as four variations – slower ball, slower bouncer, yorker, knuckle delivery.

In the 2019 edition of the T10 league in Abu Dhabi, the Sussex pacer picked up 12 wickets, ending the tournament as the highest wicket-taker, ahead of the likes of Qais Ahmed and Sri Lanka’s Lahiru Kumara. What set him apart in the tournament was his ability to change his pace, with ease.

Four of his 12 wickets in the competition came via off-cutters, with which he averages 16.8, striking every 8.8 deliveries, with 22.9% being dot balls. Garton also picked up a wicket with the bouncer, with which he has a dot-ball percentage of 50. However, his stock delivery, one that swings into the right-hander is his biggest wicket-taking delivery.

Not just that, his average against the left-handed batsmen (LHBs), the left-arm pacer picked up four wickets in the competition, averaging nine, striking every fifth delivery. How does he fit in the scheme of things?

In the 2021 edition of the IPL, RCB had just one left-arm seamer – in the form of Daniel Sams – but his absence took that tally to zero.

RCB bowlers in the first half of the season, had bowled mostly in the good length (6-8m) spot, where they maximized their output, with 16 wickets. That was a ploy which yielded the franchise the most success in the tournament, with Harshal Patel headlining the entire act.

Garton and RCB seem to be a marriage made in heaven, considering that the Sussex pacer’s preferred length is also in the good length spot. Nine of his wickets in the T20 format has come in that area, where he has bowled nearly 20 overs, averaging 16.6 at an economy rate of 7.8 RPO, striking every 12.8th delivery.

Garton is no mug with the bat

Having previously trialed at the Rajasthan Royals camp, Garton’s improvement with the bat has been substantial over the years. In the last season of The Hundred, the left-handed batsman had scored 29 runs in the competition, at 111.53. While that wasn’t his best performance, he has previously shown match-winning abilities with the bat, most notably smashing Steve Finn to win a game.

In the shortest format, Garton has scored 187 runs, including a high-score of 46, at a strike rate of 124.66, clearing the boundaries eight times, averaging 20.77 with the bat. As a fielder, his exploits are well known, with sharp athleticism, both in the field and off his own bowling.

How can RCB use him?

Realistically, given the combination that they are going with, it would be tough to see the left-handed pacer in the playing XI. However, if the franchise does insist on picking Garton in the setup for the variation, they would have to pick him at the expense of the Kiwi all-rounder Kyle Jamieson.

Otherwise, if the conditions do get inclined to assist pacers, the management could pick him alongside Kyle Jamieson but it would come at the expense of one all-rounder, either Wanindu Hasaranga or Tim David, which would make them one of the best pace attacks in the league, a well-rounded one at it. 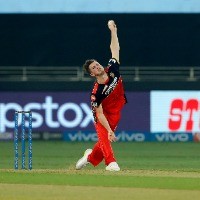 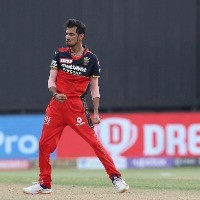 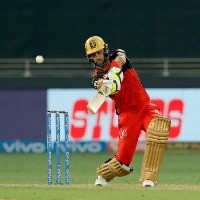 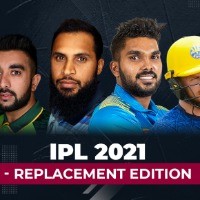 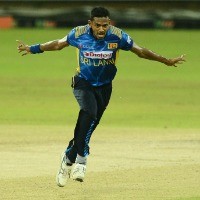 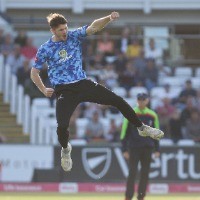 NEWS
Will be brilliant to share dressing room with Kohli and ABD: Garton
The left-arm paceman will fly to the UAE on Sunday for his maiden IPL stint 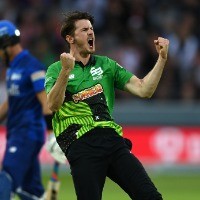 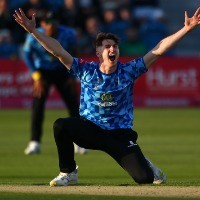