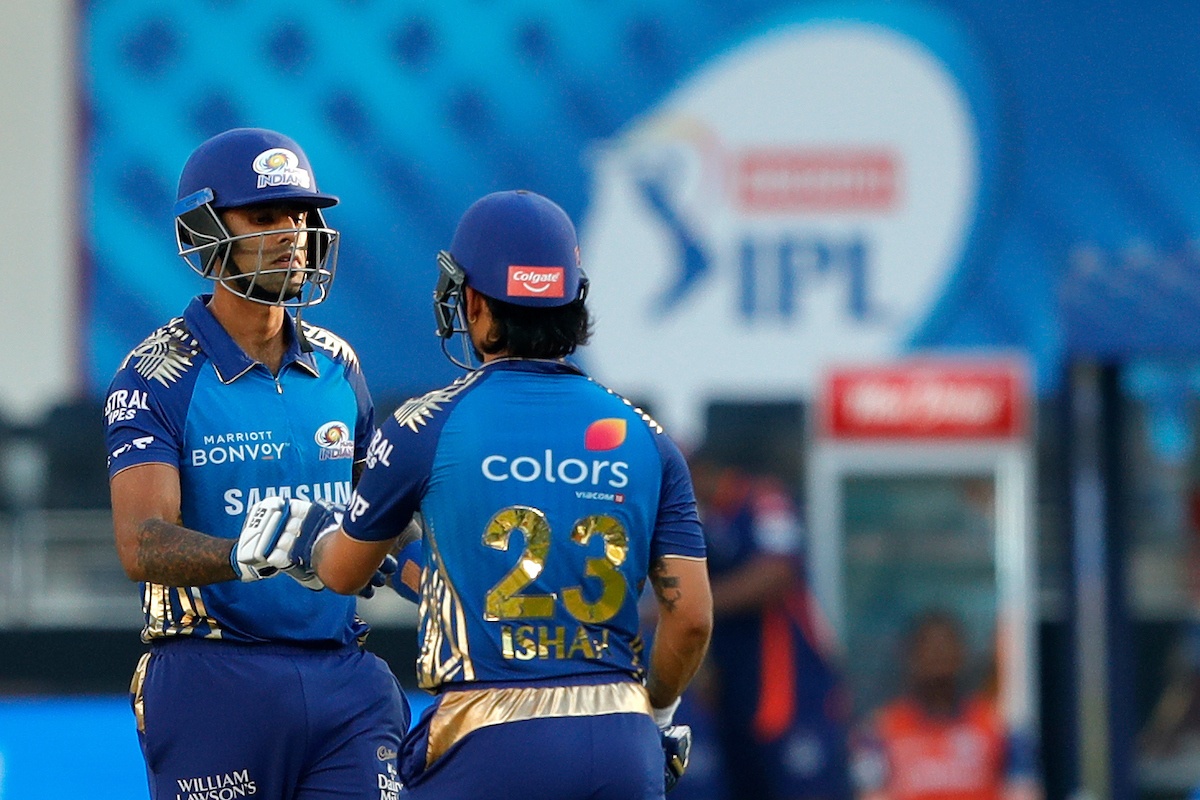 Here is an XI acknowledging the best performers in IPL 2020

It has been a scintillating season of cricket in IPL. One can assess it by the fact that the difference between the number two team and the last team on the table was only four points. In fact, the team which finished last was in contention for a Playoff spot until their last league game. It was an unbelievable ride and that is reflected in the XI of the year which consists of some surprising inclusions and exclusions. Here is Cricket.com’s IPL XI of the Year powered by Criclytics: :

Shikhar Dhawan started his season on a slow note. Following a run out for a duck in the first game with pedestrian scores in the thirties, it took him the seventh match to score his first fifty of the season, which came in a losing cause. But it was a tale of two halves for the Delhi southpaw. 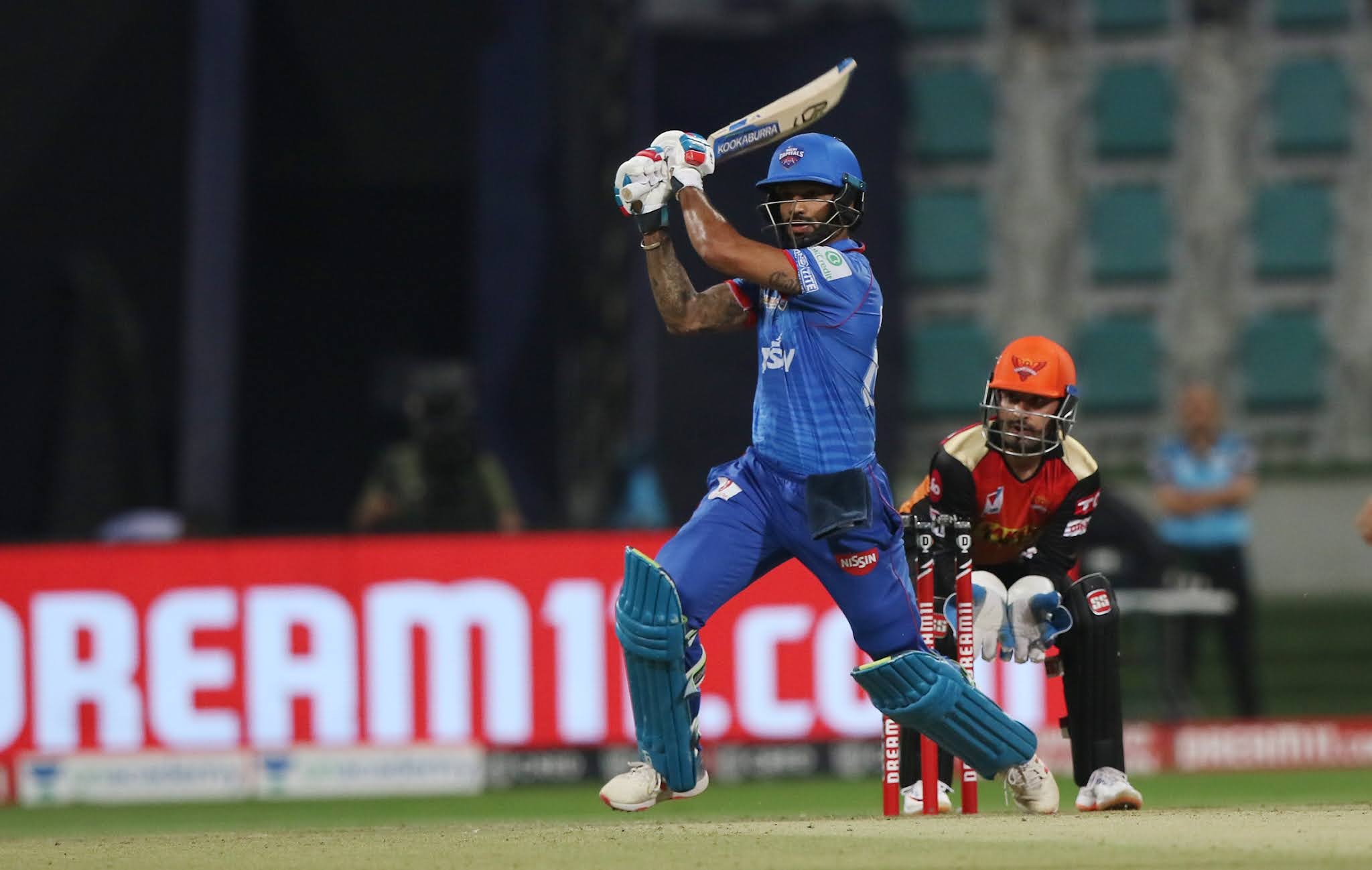 Dhawan recorded his first T20 hundred in the ninth game and became the first batsman to score consecutive hundreds in the tournament’s history. His rejuvenated form came at the right time for Delhi Capitals as returns from other batsmen diminished. October 14 onwards, he was the highest run-scorer by a distance (417 runs, ie, 87 ahead of the next best) despite three ducks. During this period, he showcased a masterclass on boundary-hitting during the middle-phase accumulating 189 runs at a strike-rate of 158.8 (something to note for Virat Kohli).

You must be thinking where is KL Rahul. He is the Orange Cap holder with 670 runs at an average of 55.8 while fulfilling the role of a wicket-keeper and a captain. However, at a strike-rate of 129.3, did his runs made the kind of impact Kings XI Punjab must have hoped for from their premier batsman? The answer is debatable.

Mayank Agarwal, Rahul’s opening partner, amassed 424 runs at 38.6. But striking at 156.5, the second-best amongst the 21 batsmen to notch up over 400 runs in the season, he had more impactful performances for KXIP. Mayank’s tally could have been higher had he not been the risk-taker in his partnership with Rahul. Whenever his opening stand with Rahul went beyond the Powerplay, it was Mayank who took the mantle of going for runs (strike-rate of 174.4 between overs 7 to 15) while Rahul attempted to bat through.

Mayank was the more complete batsman this season tackling every facet of a T20 innings with intent (Rahul’s strike-rate against spin this season was only 94.4 compared to Mayank’s 177) which makes him more worthy of a spot in the IPL XI of the year.

The highest run-scorer this season at number three (480), Suryakumar Yadav was the most impressive uncapped player this season. His display of maturity with the correct conflation of caution and aggression bewildered people about why he has not played for India yet. 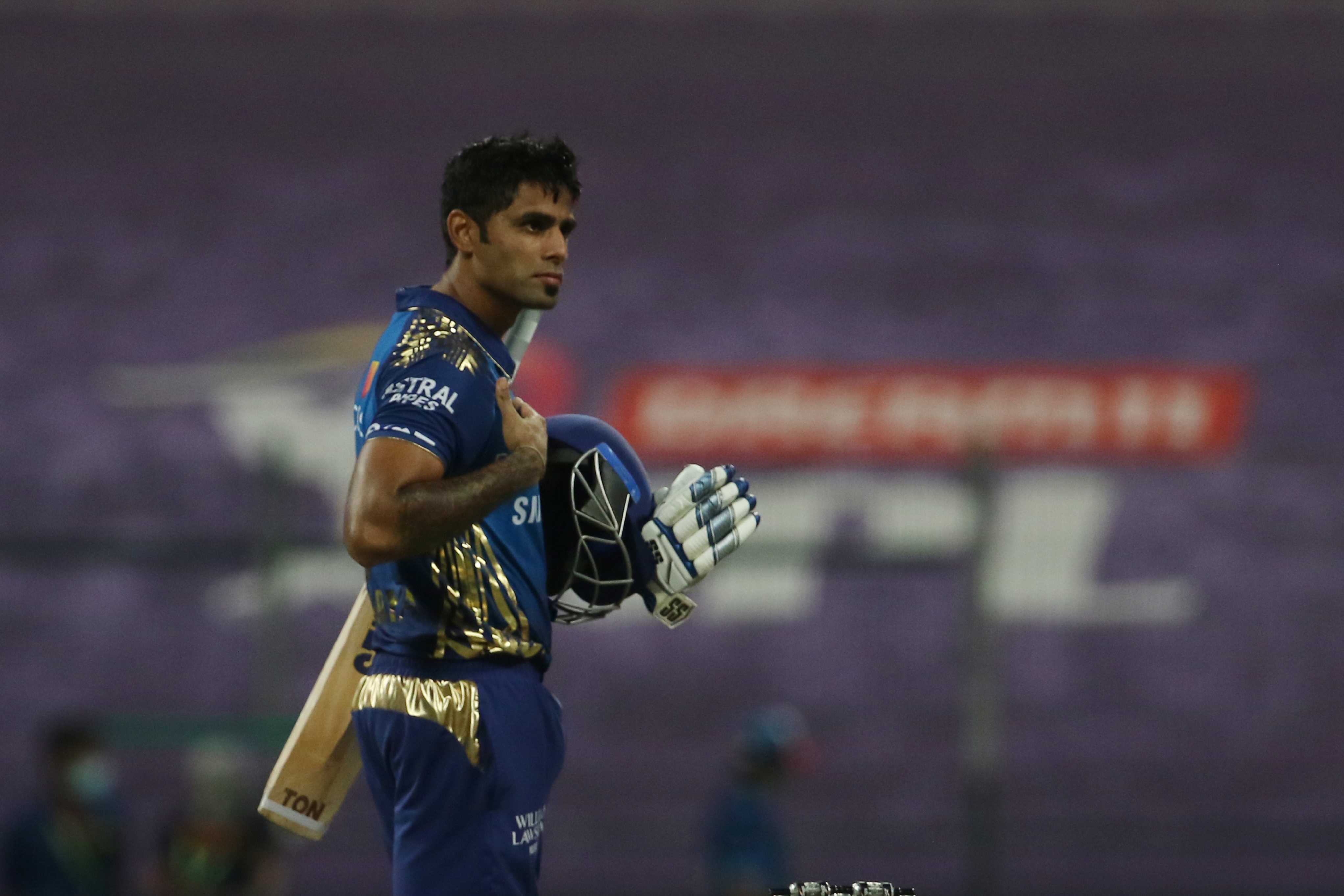 Surya scored his runs striking at an impressive 145. His numbers against pace display an average of 45.5 alongside a strike-rate of 152.5. He dominated spin by averaging 69 at 136.2. Batting first, he averaged 38.4 while batting second, the number rose to 43.3, striking in excess of 140 in both cases. There was no scenario in which he didn’t excel. He may not be good enough for the Indian cricket team yet, but Surya remains unrivalled for the number three spot in IPL XI of the Year.

Kishan was initially not in Mumbai Indians’ plans. It was a niggle to Saurabh Tiwary that gave Kishan a chance and he fetched it with both hands, scripting MI’s return in a daunting run chase with a knock of 99. From there on, Kishan became the highest run-scorer of the season for MI, smashing 516 runs at 57.3. His strike-rate, 145.8 is the highest amongst the top eight run-scorers in the season?.

He had a small hitch in between when he fell for a golden duck to a rash shot. But Kishan showed maturity lifting himself to three half-centuries in last seven matches. Two of them came as an opener as the youngster showed signs of turning into a complete T20 player.

There were instances when AB de Villiers gave the feeling of batting on a different pitch from the rest of his RCB teammates. In Match 28, he was miles ahead of any other batsman on either side. He scored 73 not out striking at 221 while no other batsman to have scored at least 20 could touch the strike-rate of 140. 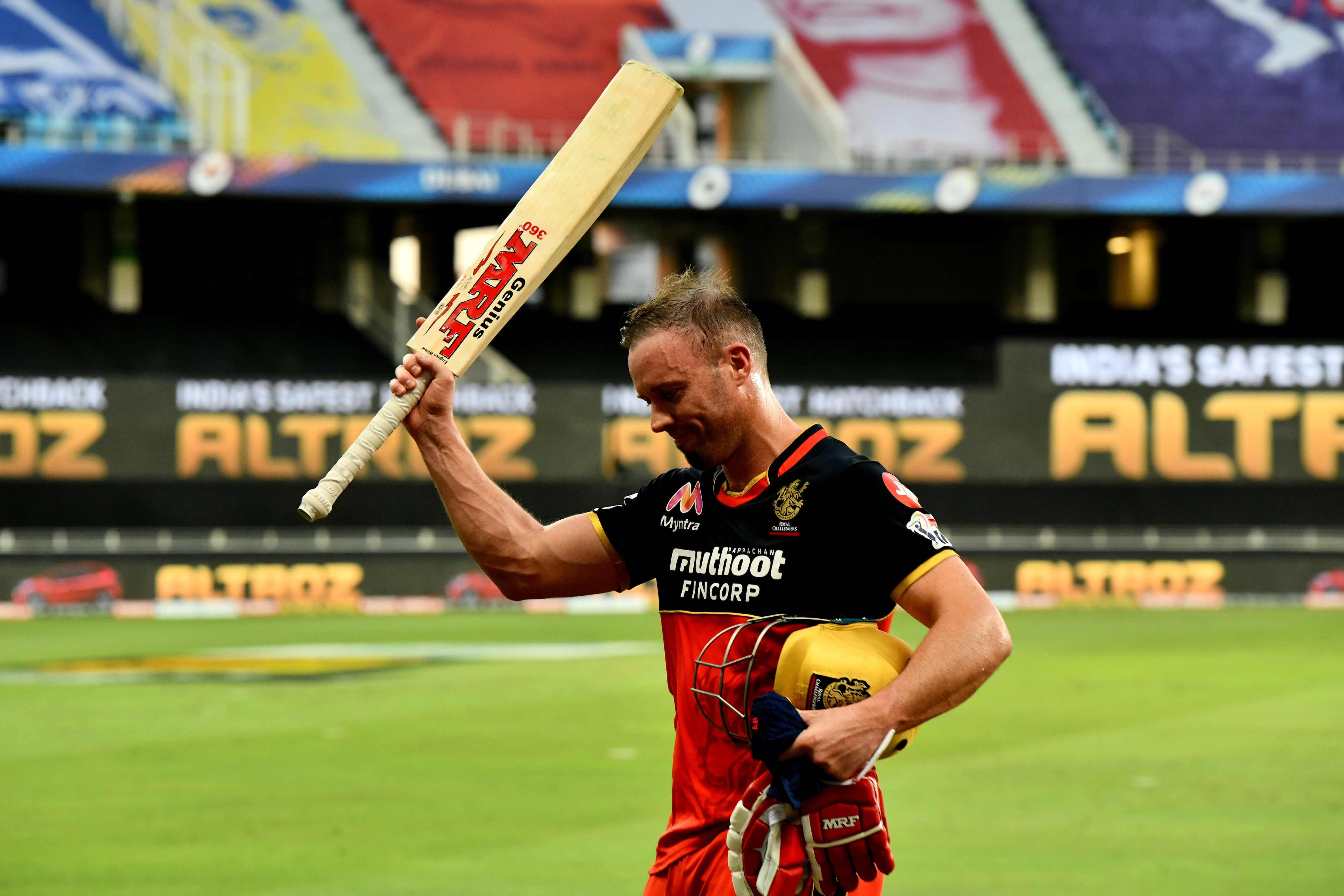 This was de Villiers’ legacy this season. Used primarily as the finisher, he won RCB three games with the bat. Amongst the batsmen to score 100 runs in the slog overs, he was the highest run-scorer (258) with the second-highest batting strike-rate (222.4).

Being the only player to keep wickets in this XI, he is the wicket-keeper of this side. Being the most experienced in the XI, he is also the captain. No designated captain in IPL 2020 has made it to this piece and the focus lies on picking the best players first (after all we are not picking England’s Test team).

Stoinis has piped Kieron Pollard to earn one of the two all-rounder’s spots in the XI. Except Dhawan, he was the only DC batsman who showed consistent form at the back end of the tournament. In 17 games this season, Stoinis topped the Criclytics report card for DC in a record five games with his all-round contribution - thrice finishing with 10 out of 10.

The Hulk rescued DC on many occasions. With a strike-rate of 148.5 - the highest by a DC batsman this season - he instilled the impetus into the innings irrespective of the batting position. With the ball, he kept chipping in with his golden arm - snaffling big wickets of Manish Pandey and Kane Williamson in Qualifier 2. This was Stoinis’ first grand season in IPL and it has placed him straight into the team of the year.

In a squad heavily dependent on superstars, Rajasthan Royals found a new guy in Tewatia to persist with for their future endeavours. His five sixes in an over to Sheldon Cottrell paved the way for the biggest run-chase in IPL history - RR chasing KXIP’s 223 at Sharjah. It did not stop there. Tewatia showed he can battle it out against high-class spinners as well. He racked up three consecutive boundaries against Rashid Khan when the required rate was 12 and won the game from a situation of a lost cause.

With the ball, he was the joint second-highest wicket-taker for RR. But his economy was much better than the senior leg-spinner in the squad (7.1 in comparison to Shreyas Gopal’s 8.5). Overall, Tewatia was the third Most Valuable Player in the tournament according to Criclytics with 1,008 points.

This was the first season when the Most Valuable Player came from a team that held the wooden spoon. In a side filled with some of the best international stars, Archer carried RR with economical spells and wickets in every game.

In the Powerplay, Archer bowled at an unparalleled economy of 4.3. Overall, he took 20 wickets at an economy of 6.6 and a record of 16.7 balls per wicket. The rest of the pacers combined took 21 wickets at an economy of 10.5 and 35.2 balls per wicket. In addition, Archer scored 113 runs at a strike-rate of 179.4, the second-highest in the tournament. On Criclytics, Archer accumulated 1,126 points, the most in the season and is an automatic entry into the XI of the year.

To lessen his impact, opposition batsmen tried to play him out but even those tactics did not stop Rashid Khan from being the most impactful spinner of the season. He picked 20 wickets at an economy of 5.4 runs per over, the best in the season irrespective of the minimum number of overs. Eight times in 16 games, his economy was less than 6. 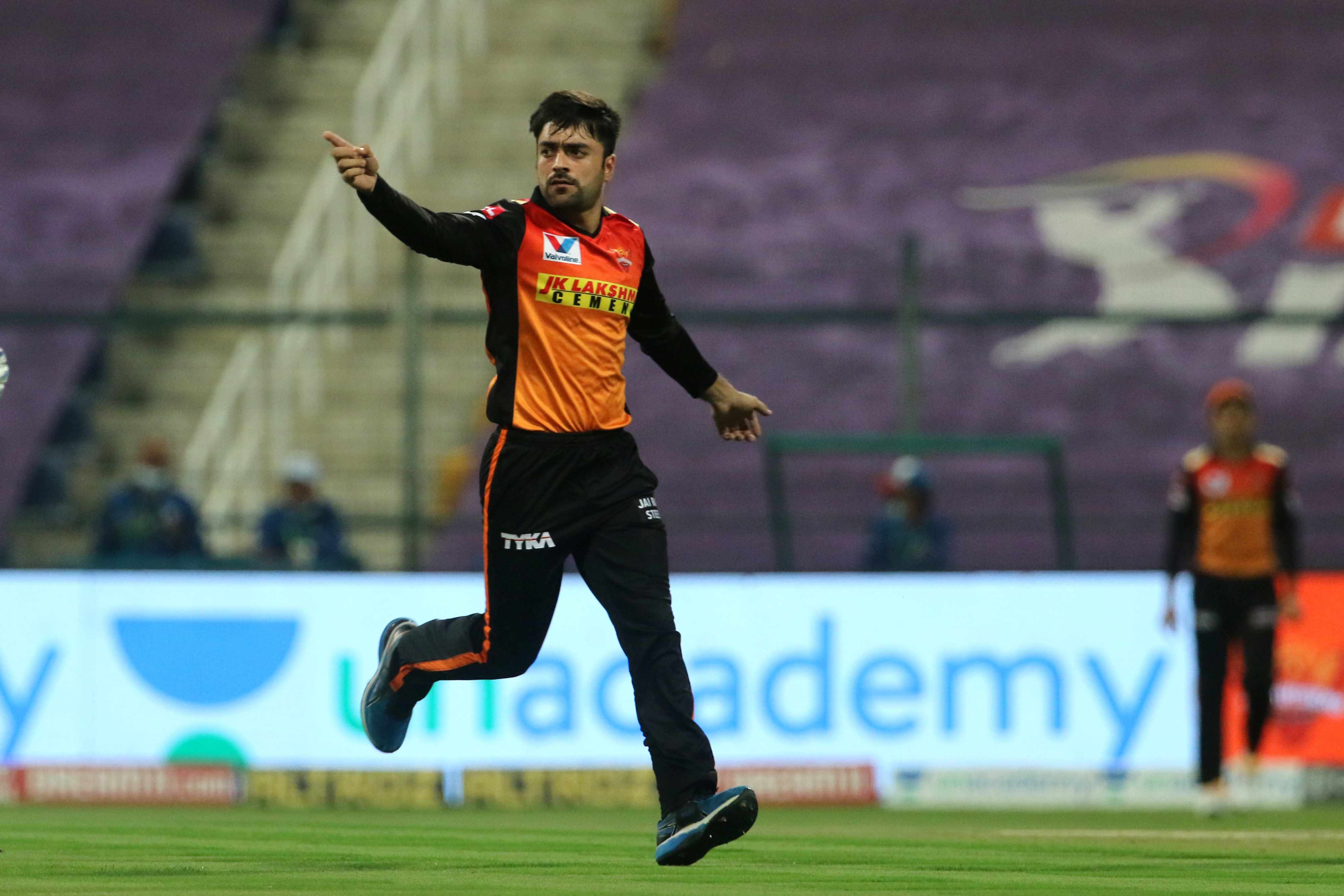 His twin spells against DC were the highlights of the tournament. The first one, 3/14 while defending 162 in Match 11 was the best spell in IPL 2020 in terms of impact. Later, his spell of 3/7 against the same opposition in a must-win game in Match 47 was the most economical this season. With 1,005 MVP points, he was the most valuable player for SRH in IPL 2020.

Shami has been playing IPL for a while but it is this season when critics can say he has finally cracked the code in T20s. Though his numbers were only marginally better than last year (20 wickets compared to 19 last season while bettering his economy by 0.1), it was his execution of yorkers which made Shami special.

He laid impact in every phase of the game for KXIP. Starting with a fiery new-ball spell against DC, it was his impeccable Super Over against MI consisting of six yorkers that made people take notice of Shami 2.0 in T20 cricket.

He did not win the Purple Cap but Jasprit Bumrah was arguably the best bowler of the season. He is the only player to gather over 1,000 points on Criclytics MVP table on the back of his bowling alone. After starting the tournament on a moderate note, Bumrah found his mojo after an exceptional Super Over against RCB in MI’s third game. His performance went north ever since.

Bumrah had the second-best economy in the Powerplay and the death overs amongst bowlers who bowled more than 10 overs in the two phases each. He had two four-wicket hauls and three three-wicket hauls in the season while going at under 6 runs per over in six out of the 15 games he played. 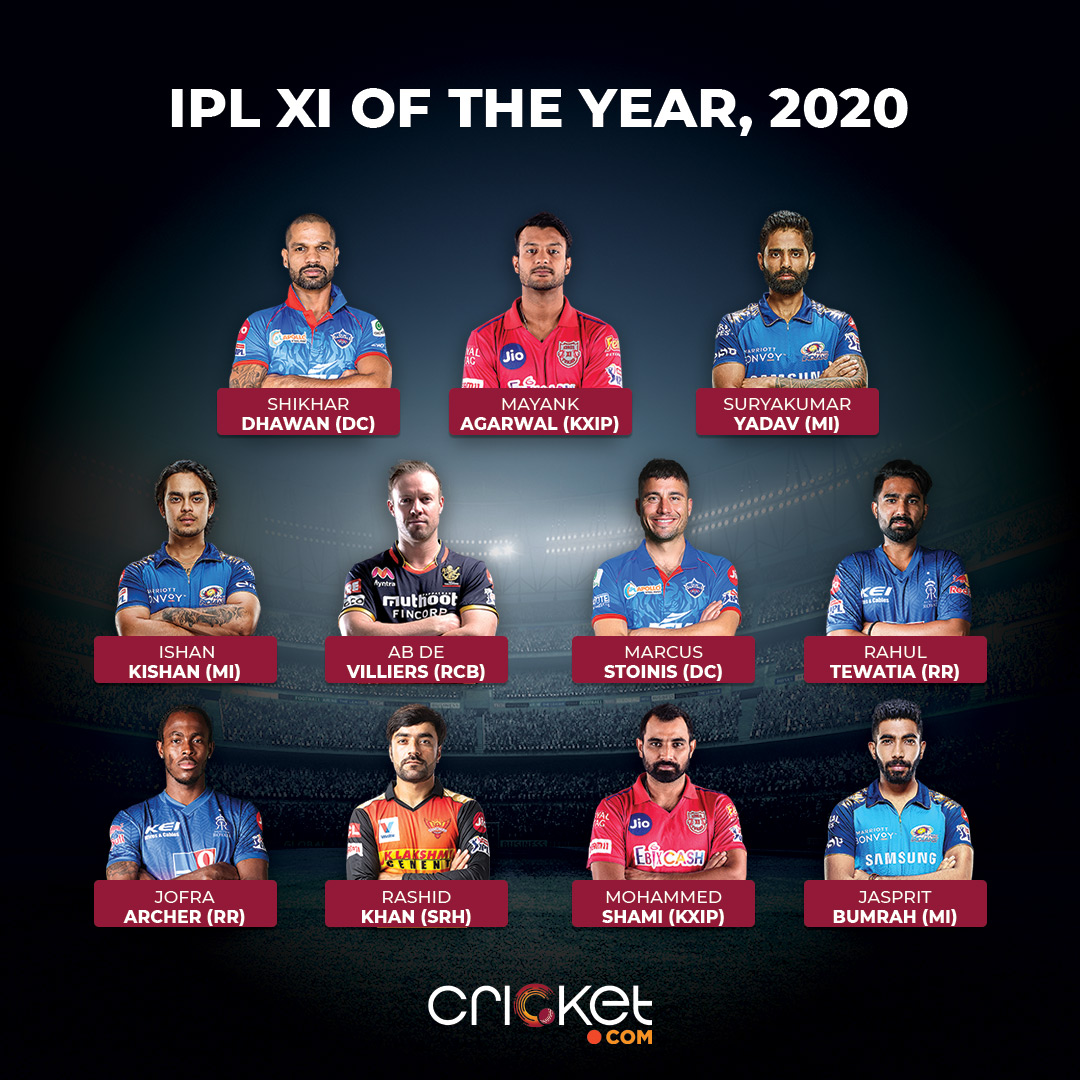 Probably for the first time, the IPL XI of the Year is populated with three uncapped cricketers. It could have been four as T Natarajan came really close. David Warner, Kieron Pollard and Yuzvendra Chahal are other honourable mentions. Surprisingly, neither the Orange Cap nor the Purple Cap holder (Kagiso Rabada) has made it to the list but it only underlines the quality over quantity premise.