Ishant needs a couple of games to get back into rhythm: Mhambrey 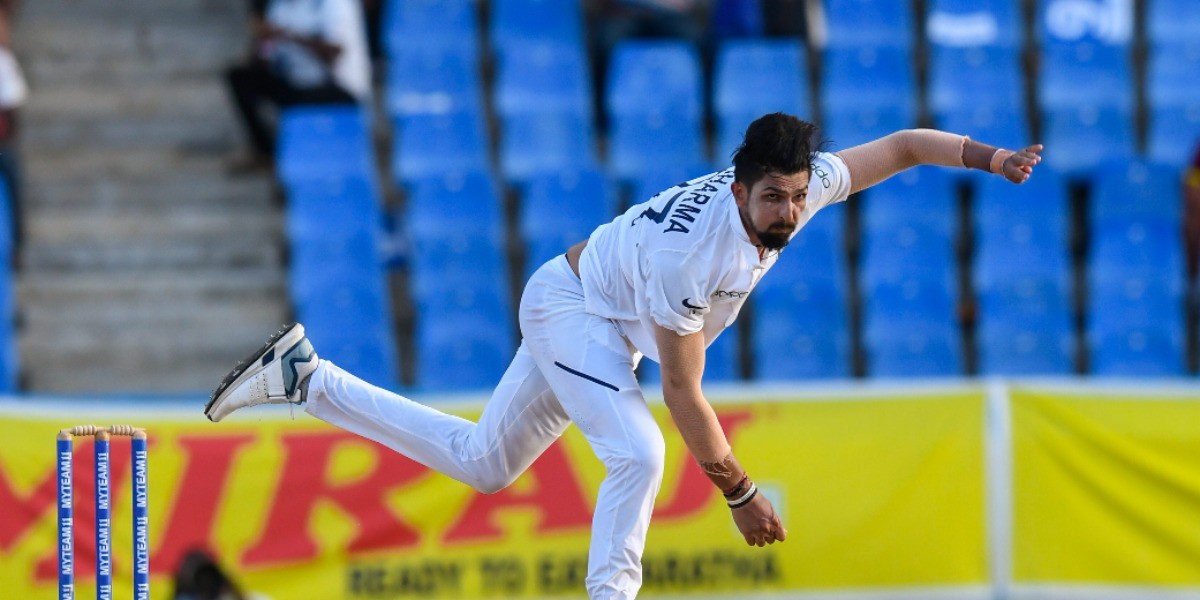 Ishant needs a couple of games to get back into rhythm: Mhambrey

Ishant Sharma's form has been a matter of concern for India. He did not have a good tour of England and failed to pick up a single wicket in the first Test against New Zealand in Kanpur.

India bowling coach Paras Mhambrey reckons the experienced fast bowler is a couple of Tests away from getting back in rhythm.

"Ishant hasn't, unfortunately, played much Test cricket for a long time and didn't play in IPL or T20 World Cup (and) that does make a difference," Mhambrey acknowledged in a virtual press conference ahead of the second Test.

Ishant has managed just eight wickets from his last four Tests despite bowling over 109 overs. He did not play a single game for Delhi in the second half of the Indian Premier League (IPL) 2021 and was also not part of India's squad for the T20 World Cup, meaning, he was without action for two months.

"We are working on his rhythm and we are aware of it. I am sure he needs a couple of games to get that rhythm going. He will be back for sure," Mhambrey added.

In this set-up, the man with 300-plus wickets not only has the duty to get the opposition out but also has to be a mentor to the younger crop of bowlers like Mohammed Siraj and Prasidh Krishna. "He has got enough experience under his belt and it makes a huge difference to have him in the dressing room," Mhambrey, a former Mumbai seamer, said.

"With the experience that he has and any opportunity for some other bowlers to spend time with him and understand the nuances of fast bowling, is of great help," the bowling coach outlined the senior player's broader responsibilities.

While he didn't commit if Siraj will get a game in Mumbai considering that the Wankhede surface has bounce and the rainy weather could mean underlying moisture which will aid swing bowling, Mhambrey seemed very happy with how Umesh Yadav bowled on an unresponsive track in Kanpur.

"Very happy, especially in the way Umesh bowled in the second innings. One spell that he bowled, he really troubled Kane (Williamson). It was a positive and I was happy to see that happen on that pitch. It was a special spell and he tried his best," he added.

The bowling attack had 52 balls to get New Zealand's last pair of Rachin Ravindra and Ajaz Patel out but could not. Mhambrey, in their defence, said that on any other track with a bit more bounce, the silly point or forward short leg would have come into the picture in the final hour where it was a matter of "just one ball".

"There's a lot of positives we can take from the last game. Obviously, we didn't win the game but I am very happy with the effort that we have put in. It wasn't easy to get 19 wickets on that track.

"It wasn't an easy wicket and we were unlucky at times with not much bounce on the wicket and couple of edges that didn't carry. Had that happened, we would have had a different result. I am extremely happy with the effort that everyone put in on that wicket."

No discussion on Rahane-Pujara form

With pressure mounting on Cheteshwar Pujara and Ajinkya Rahane, India bowling coach Paras Mhambrey has come out in their defence, saying that they are just one innings away from returning to form.

Pujara has not scored a Test ton since the start of 2019 and averages just over 30 this year. Rahane, on the other hand, has managed just a couple of fifties this year and averages less than 20 in Tests in 2021.

"We know there is a lot of experience behind them and they have played enough cricket...we also know as a team that they are one innings away from coming to form," Mhambrey repeated what head coach Rahul Dravid had said at the end of the Kanpur Test.

"As a team, everyone is behind them and backing them, they know the value they bring to the team and experience that they have. They will come good, really not having any discussion around them.

"They have played enough cricket to understand what is expected or required to get going," Mhambrey said.

Call on Saha closer to the Test

Mhambrey also confirmed that a call on wicketkeeper Wriddhiman Saha's availability for the second Test in Mumbai will be taken closer to the game. A stiff neck had denied Saha of keeping wickets in Kanpur but struck a vital unbeaten 61, that helped India set the Blackcaps a competitive target.

"The physios are in touch constantly with the head coach Rahul (Dravid) and obviously Virat (Kohli) now and as we get closer to the game, we will take a call and see what condition he is in," Mhambrey said.

Mhambrey also praised Saha for the effort he put in with the bat in the first Test.

"With whatever he (Saha) has been through, I think (it was a) fabulous effort in the last Test match to bat in that. It was painful, we realise that but he put his hand up and (said) the team wanted it and he delivered it for the team, really happy to see that, added Mhambrey.