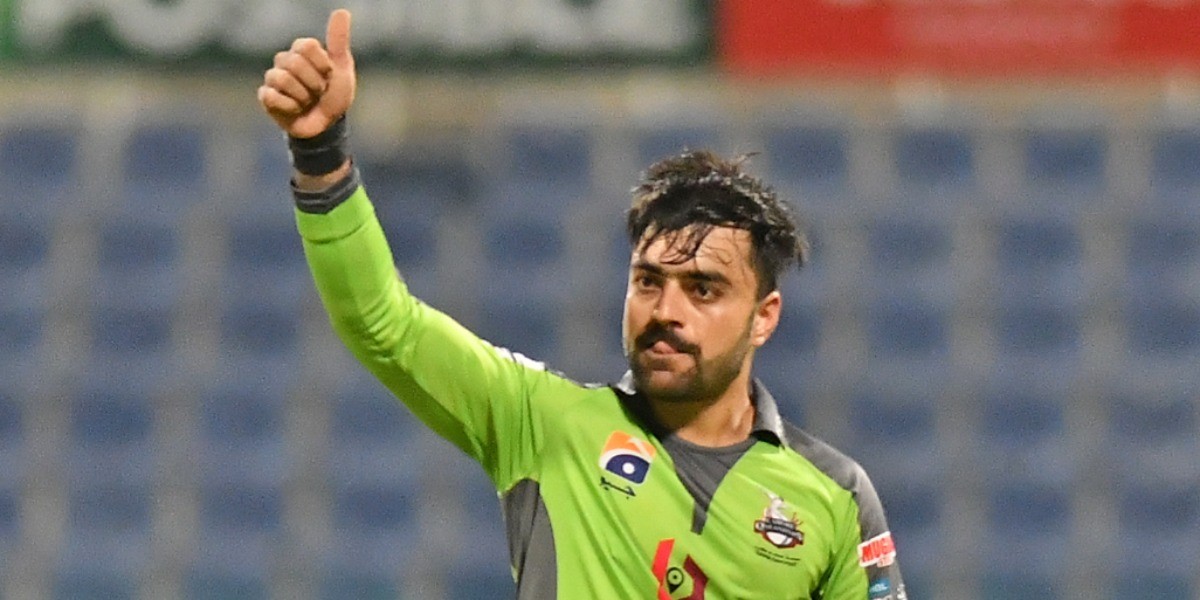 Islamabad United take on Lahore Qalandars in Match 20 of the Pakistan Super League (PSL) 2021 at the Sheikh Zayed Cricket Stadium in Abu Dhabi on Sunday (June 13).  Qalandars sit on top of the PSL table with 10 points from six matches, while United, who completed a comprehensive 10-wicket victory over Quetta Gladiators are currently in third place with six points from five matches.

Qalandars, on the other hand, have won both their matches after resumption of the tournament, more recently beat Peshawar Zalmi by 10 wickets.

The battle between Islamabad and Lahore is perhaps the most one-sided contests in PSL. United have won eight out of their 10 matches against Qalandars, including the last five encounters.

Pacers have been absolutely dominant in Abu Dhabi since the resumption of PSL 2021, having picked up 66.7% of the wickets. While the spinners may have contributed less percentage of the wickets, they have struck once every 16.3 deliveries, 21.6 runs apart, which is much better than the pacers whose corresponding numbers are 20.6 and 26.5 respectively.

Both teams are not short of quality pacers in their sides with the likes of Haris Rauf, Shaheen Afridi, James Faulkner, Hasan Ali and Mohammad Wasim set to be in action. However, one cannot discount the spinners. While the Qalandars boast a world-class spinner like Rashid Khan, who has already won two games for them since resumption, United have someone like their skipper Shadab Khan, who is not just a handy leg-spinner but is also capable of making a significant contribution with the bat.

A combination of seven batsmen, including a wicketkeeper and a spin-bowling all-rounder, followed by four frontline pacers, including a spinner is the way to go for this match. 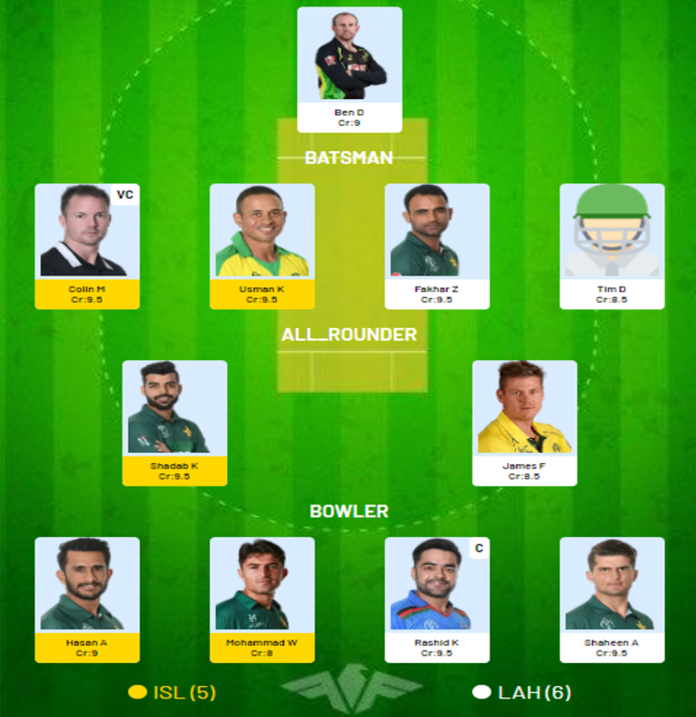 Rashid Khan bowled a miserly spell of 1 for 9 in the previous game against Islamabad United and struck a 5-ball 15 to take his team home. In the next game, he finished with 5 for 20 against Peshawar Zalmi, with 15 of those runs coming in his very first over. Rashid has been deadly in the middle overs in T20s and it is most likely to be no different this time around. He has not gone wicketless in his last six T20 matches and the fact that he can chip in with cameos late in the innings is certainly an added bonus.

Our Criclytics player projector predicts Rashid could pick up 2-3 wickets in this match.

Fresh from an impressive Test series against Zimbabwe, Hasan Ali has been among the wickets straight away in the PSL as well. He has picked up two wickets apiece in the two games since the restart and overall, he has 10 scalps at a miserly economy rate of 5.83. Moreover, he has picked up a wicket every 14 balls, 14 runs apart in PSL 2021 so far.

Our Criclytics player projector predicts Hasan could pick up 2-3 wickets in this match.

Colin Munro’s unbeaten 36-ball 90 in the previous game Quetta Gladiators was, was as destructive as they come in this format. His knock helped his team chase down 134 in just 10 overs. After scoring 11 in the first game, Munro seems to have gotten into the groove and will be crucial in United’s bid to climb the table.

Our Criclytics player projector predicts Munro could score up 30-44 runs in this match.

While Shaheen Afridi has struggled to get his rhythm in the last two games, he still remains an integral cog in the Qalandars’ bowling line-up. He had troubled the batsmen a lot more in Pakistan with his pace and his team will hope that he delivers in this game. He has picked up 10 wickets in PSL 2021 so far at an impressive strike-rate of 14.4.

Our Criclytics player projector predicts Afridi could pick up 0-1 wickets in this match.