It's difficult to defend when Surya attacks bowlers: Parnell 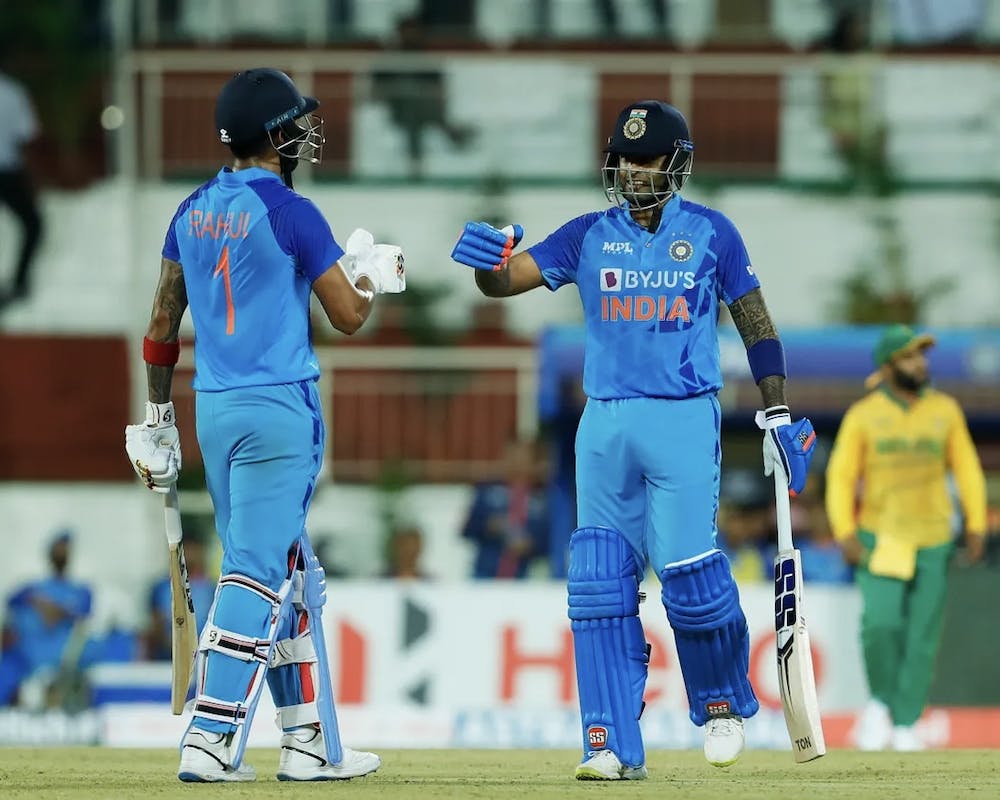 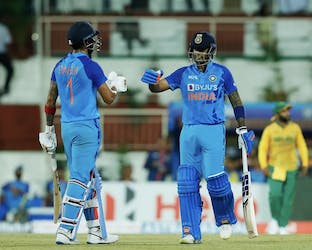 It's difficult to defend when Surya attacks bowlers: Parnell

After dismantling the Aussies with a stroke-filled 69 in Hyderabad, Suryakumar Yadav was once again in his elements in the first T20I against South Africa

Suryakumar Yadav has been at his peak of prowess for a few years now. Even though his India debut was delayed for way too long, when it eventually arrived, against England in 2021, he seized the opportunity with both hands to become the most destructive batter of the current generation. Ranked No.2 in ICC rankings, Yadav’s stock has only grown from time to time, with him being the most important cog in the wheel for the Rohit Sharma-led side.

After dismantling the Aussies with a stroke-filled 69 in Hyderabad, Suryakumar Yadav was once again in his elements in the first T20I against South Africa, racking up a half-century to guide India home in Thiruvananthapuram on Wednesday. That innings has found the Mumbaikar a new fan in Wayne Parnell, who stated that Yadav is probably the finest T20 batter at the moment.

"Personally from what I've watched in the last couple of months, I think he's probably the best T20 batter at the moment. He scores 360-degree which is very difficult for bowlers to defend," Parnell said in the pre-match press conference from Guwahati.

"It's about being strong and focussed on each ball. He's allowed to play good shots, but the other day he was lucky as well. He's certainly a guy whom I enjoyed watching the last couple of months. He's certainly playing good cricket.”

On Wednesday, Arshdeep Singh and Deepak Chahar reduced the Saffers 9/5 but from which Wayne Parnell and Aiden Markram forged a lone battle to guide them to 106 in 20 overs. Keshav Maharaj played a handy knock of 42 runs lower down the order to save them from blushes. But Parnell believes that there is nothing to worry about and called the batting collapse a one-off occurrence.

“It's just one of those things. It wasn't a good T20 wicket and they bowled really well, but our batters have been world class in the last couple of years so there's nothing to panic about.

On the new ball swinging so much in the first game, Parnell said, “It's a bit of a Catch-22 situation really. Certainly experience tells you that a new ball does swing so you have to have a look at the first one-two overs. We have to credit the Indian seamers who bowled really well. We will have to define ways to counter that in the second game."

Kagiso Rabada and Parnell hit the right lengths but the likes of Anrich Nortje struggled badly in the first match as the visitors looked one seamer short.

"Competition is good for the spots. Every single fast bowlers is different and has different skill sets. It's a positive sign for us. It also means that when we are presented with any particular condition, we can play a certain set of fast bowlers so I think personally having the variety that we have is really exciting," he said.