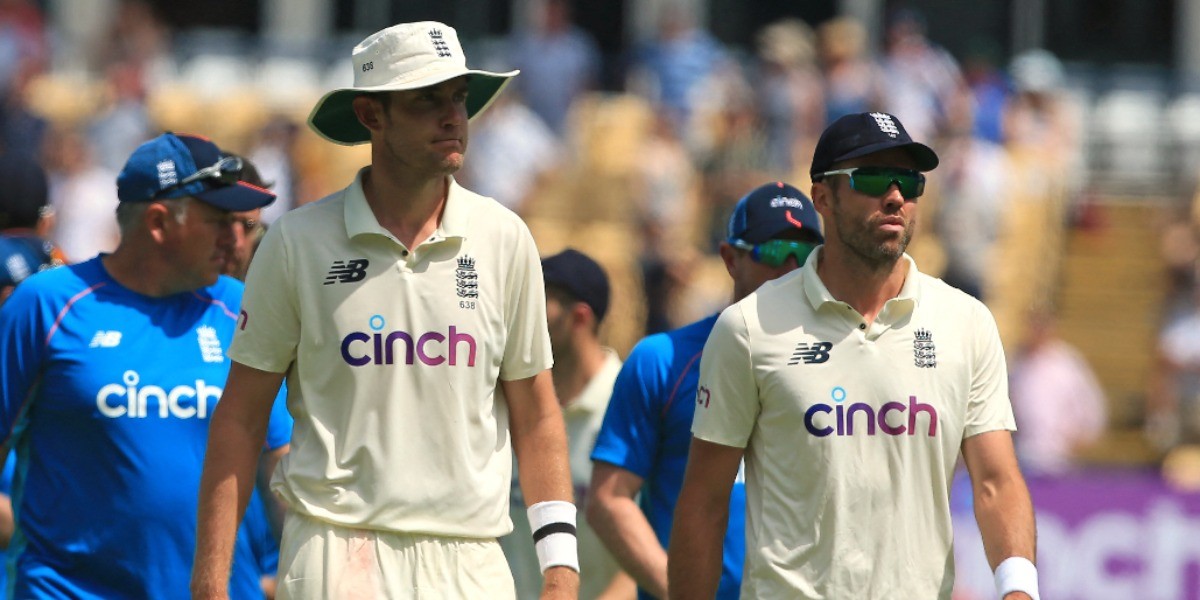 While Anderson had a niggle, spinner Jack Leach was picked ahead of Broad for the Gabba Test

Anderson missed the first Teat at the Gabba due to a minor calf injury, while left-arm spinner Jack Leach was picked ahead of Broad, which drew plenty of criticisms from all corners, more so after he ended the match with figures of 1 for 102 from 13 overs.

"Jimmy will be fit and ready to go for the second Test, as will Stuart," Silverwood said on Sunday (December 12).

"They are available. Certainly, from an experience point of view, with the bowlers we've got heaps of experience so I'm happy with that. The guys have already been training with the pink ball behind the scenes. And what we have got is a very skillful set of bowlers. We have talent and we still have two of the best up our sleeve as well," he added.

Speaking of the decision to pick Leach ahead of Broad, Sliverwood said,  "Stuart has been great, to be honest."

"Obviously he was disappointed not to be playing but he understood that this is a long series. Everybody will put their hand up to do the hard work out there and he is ready to do that now. We had good conversations with Stuart before any decisions were made and he was 100 percent on board.

"I've not told anyone they are playing yet. We will have some sore bodies from this Test and we'll make decisions from there."

England lost the first Test in Brisbane comprehensively by nine wickets within four days and to add to their woes, they were docked of five World Test Championship (WTC) points and were fined 100 percent of their match fee.

"We had a good chat in the dressing-room after," he said.

"There are obvious areas we need to improve on, such as holding our catches and building big partnerships. Obviously, they were hurting, but there is belief they can win this series. We have been in this position before. We have gone 1-0 down and then bounced back. We have the players here that can match the Australians. The confidence is there that we can compete with Australia, and that's exactly what we intend to do.

"What hurts the most is the Test championship points, because we are competing to get in the final," said Silverwood. "It was our first Test for a while, and we had not had that warm-up game, so the guys were not used to getting around all the time, and it was hot out there. It is something we will talk about. There is no hiding from it."

Former England captain Nasser Hussain had earlier called for the inclusion of Anderson over Broad for the Adelaide Test.

"People will say bring Stuart Broad and James Anderson back in but the bowlers that have been bowling in this Test have now got overs in their legs, so they are the best ones physically to go and play the next one," Hussain wrote in his column for Sky Sports.

"Broad and Anderson haven't bowled in anger in a match for months now and with their ageing bodies, can you get them both in? I'd definitely go with Anderson for the swing," he added.