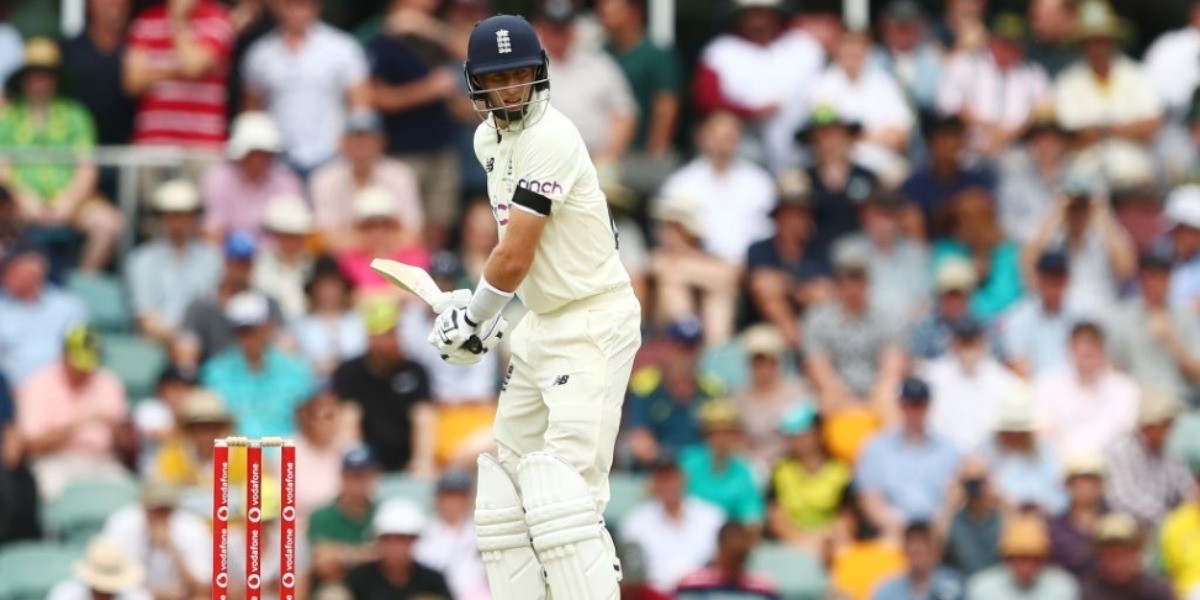 A riveting day of Test match cricket enthralled the fans at the Gabbatoir as England, led by the captain Joe Root, staged a fightback to stay alive in the game. On a day with plenty of ebbs and flows, a crucial unbeaten 159-run stand for the third wicket from Dawid Malan (80*) and Root (86*) bailed England out of a challenging situation and reduce the 278-run deficit to 58 runs by the end of the day.

The duo notched up half-centuries to lay a solid foundation for the side in the second innings and help England crawl their way back in the game after a masterclass from Travis Head earlier in the day.

Coming in at number five, Head registered his second-highest score in Tests to propel the side in a commanding position and gain a massive lead in the first innings. En route to his blistering knock, Head smashed the third-fastest ton in the Ashes rivalry to etch his name in the record book. The visiting side ended proceedings on Day three on 220 runs for the loss of the openers. Here are some of the notable stats from the third day of the match.

The right-handed batter achieved a special milestone en route to his half-century as he surpassed Michael Vaughan to score the most runs in a calendar year for England in this format. While Vaughan scored 1481 runs in 2002, the 30-year old amassed 1541 runs in 25 innings. 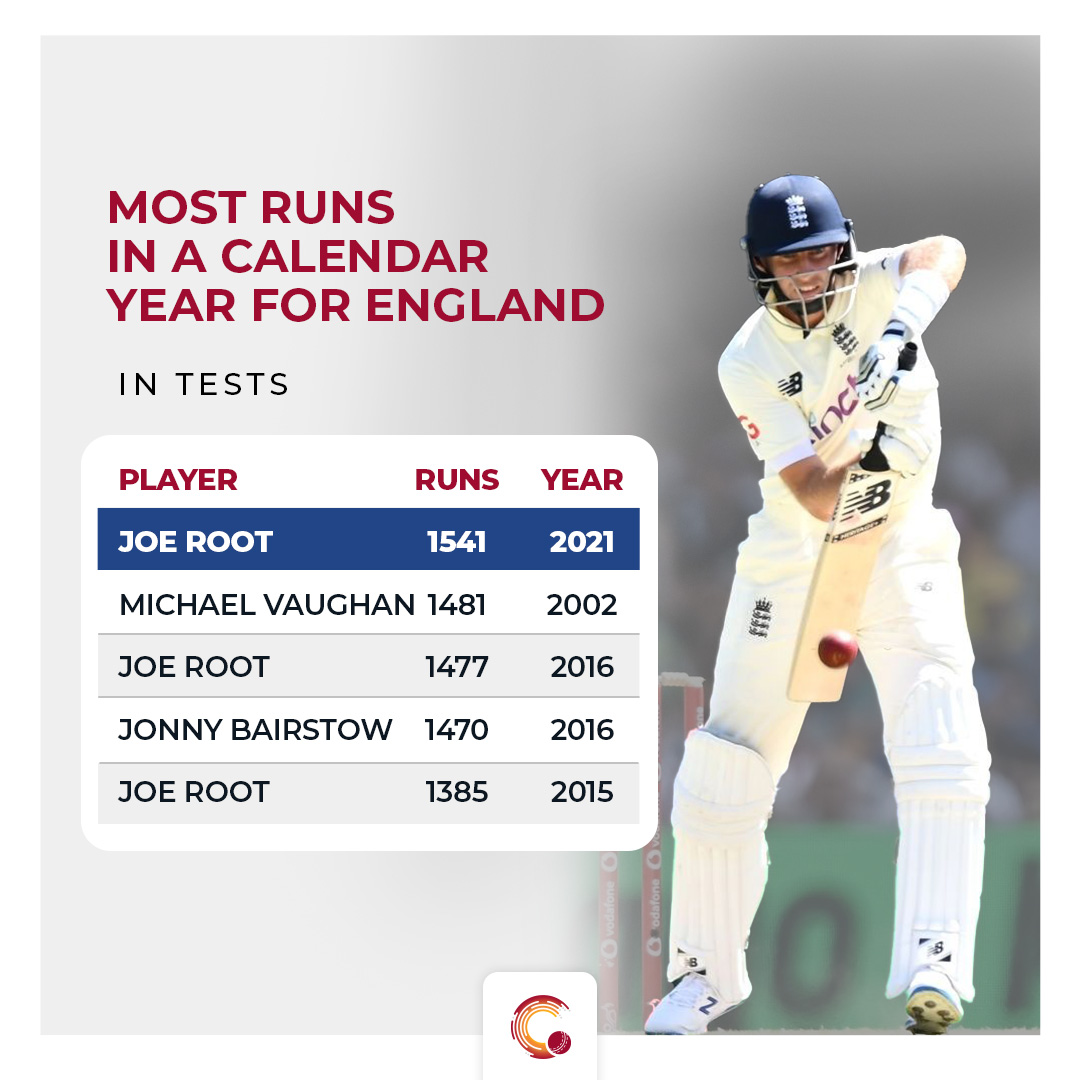 The skipper of the England side shouldered the bulk of the responsibility of the side this season and has an average of 67, including six centuries. Despite accounting for a duck in the first innings, Root bounced back in a commanding fashion to anchor the innings and help the visiting side fight back after a heavy deficit.

Australia seize control of the game

After bundling out the opposition for 147 runs in the first innings, the home team seized control of the game by piling up a mammoth total of 425 runs. 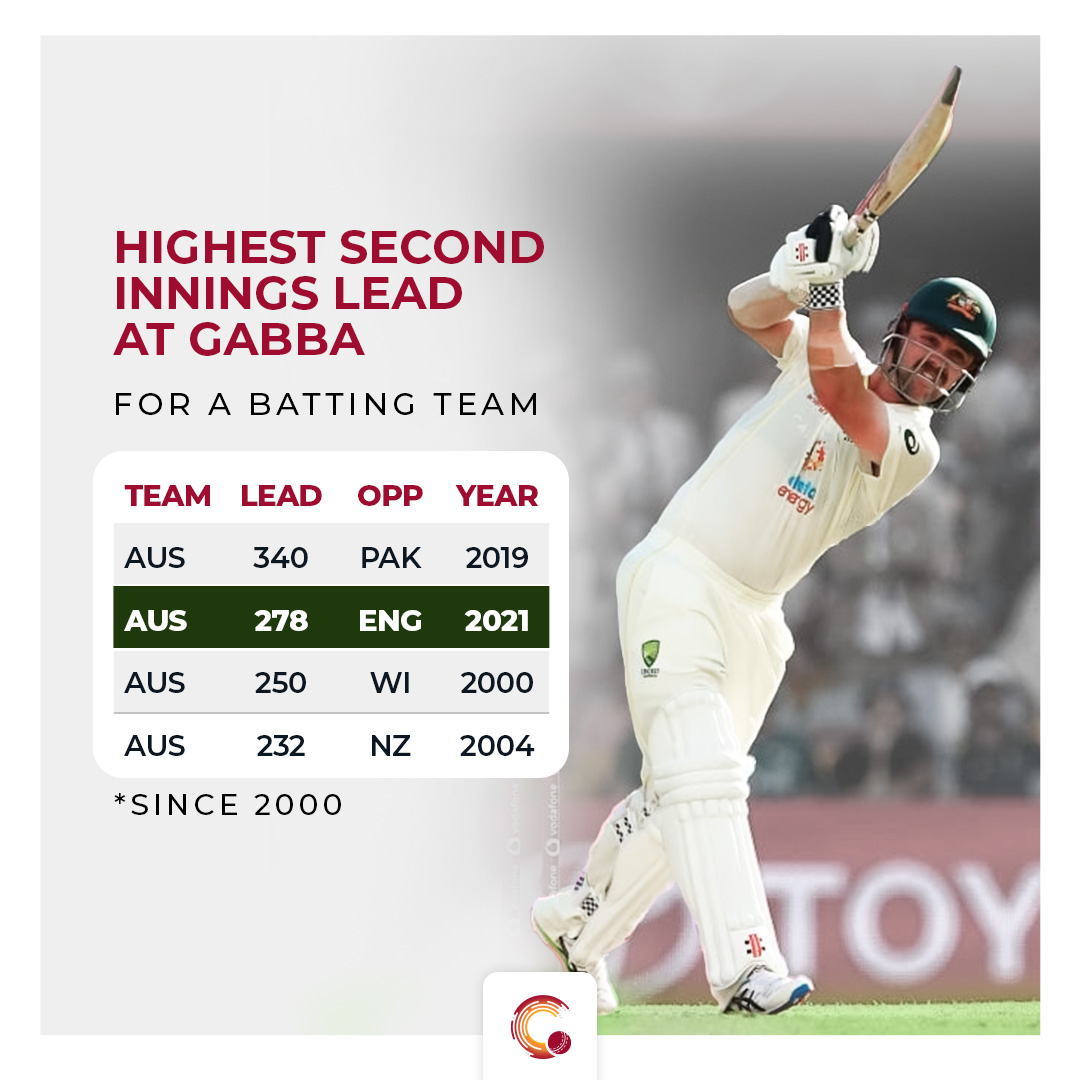 With a scintillating 152 from Travis Head and half-centuries for David Warner (94) and Marnus Labuschagne (74), Australia secured a massive lead of 278 runs, which is the second on the list of second innings lead at the venue for a batting team since 2000. In 2019, the home team gained a lead of 340 runs against Pakistan, which is the highest.

Travis Head special at the fortress

Even before the commencement of the first Test, there were doubts regarding the selection of Travis Head in the playing XI of the side. However, the 27-year old produced a masterclass for a near-capacity crowd at the Stadium to score his second-highest score in the longest format of the game. 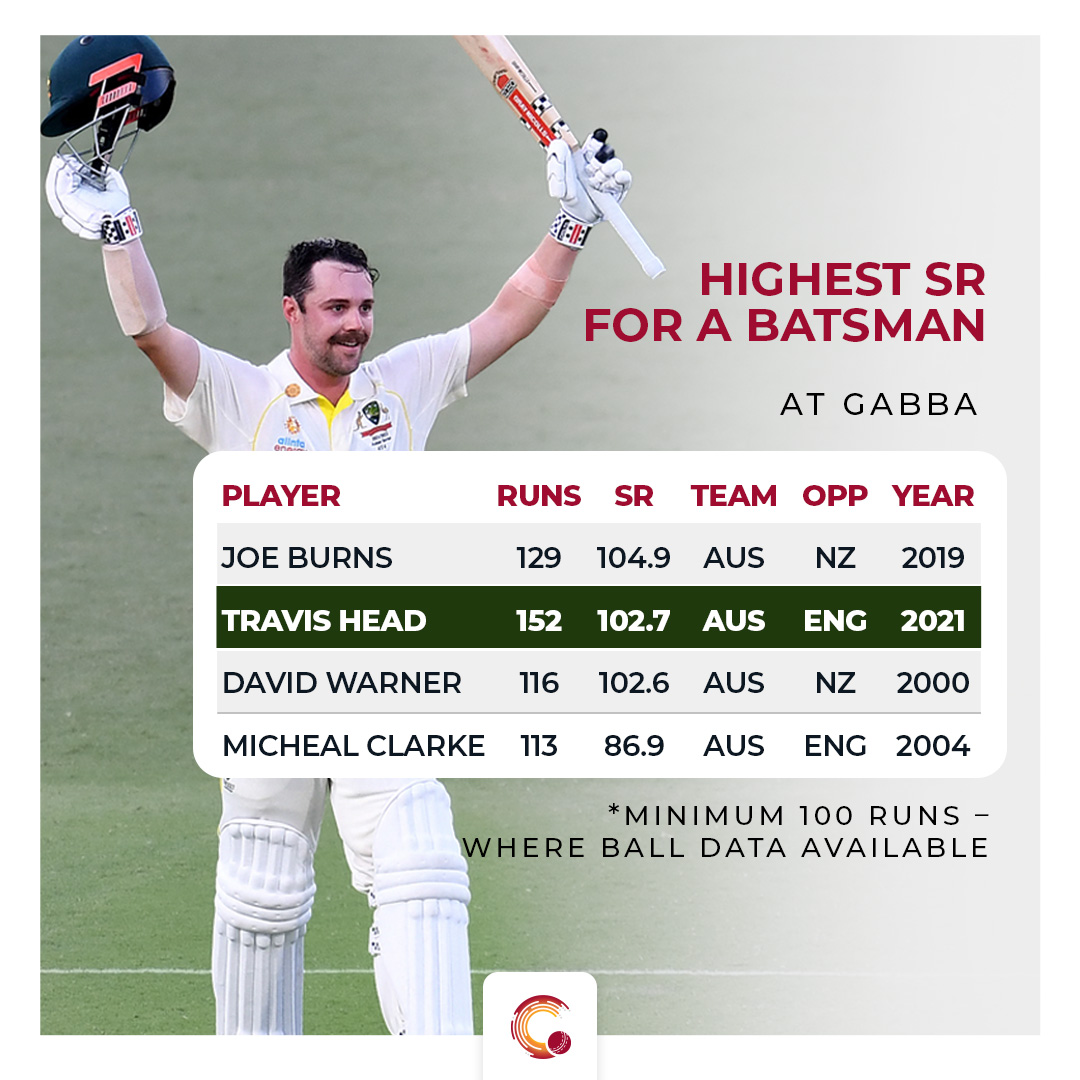 With the team reeling at 189/3 on the second day, the southpaw smashed 152 runs off 148 deliveries at a strike rate of 102.7, which is the second-best among players with a minimum of 100 runs at the Gabba. The brutal innings was studded with 14 boundaries and four sixes that helped Australia lay a solid foundation for a mammoth first innings total. Joe Burns in 2015 scored 129 runs at a strike rate of 104.9 against New Zealand, which is the highest.

Clean striking by the Aussie batters

One of the strategies deployed by the Aussie outfit in the game has been the ability to attack the bowling unit of the opposition, especially the spin duo of Jack Leach and Joe Root. The home team hit eight sixes in the innings, the most by a team in an innings of a Test match at the ground. 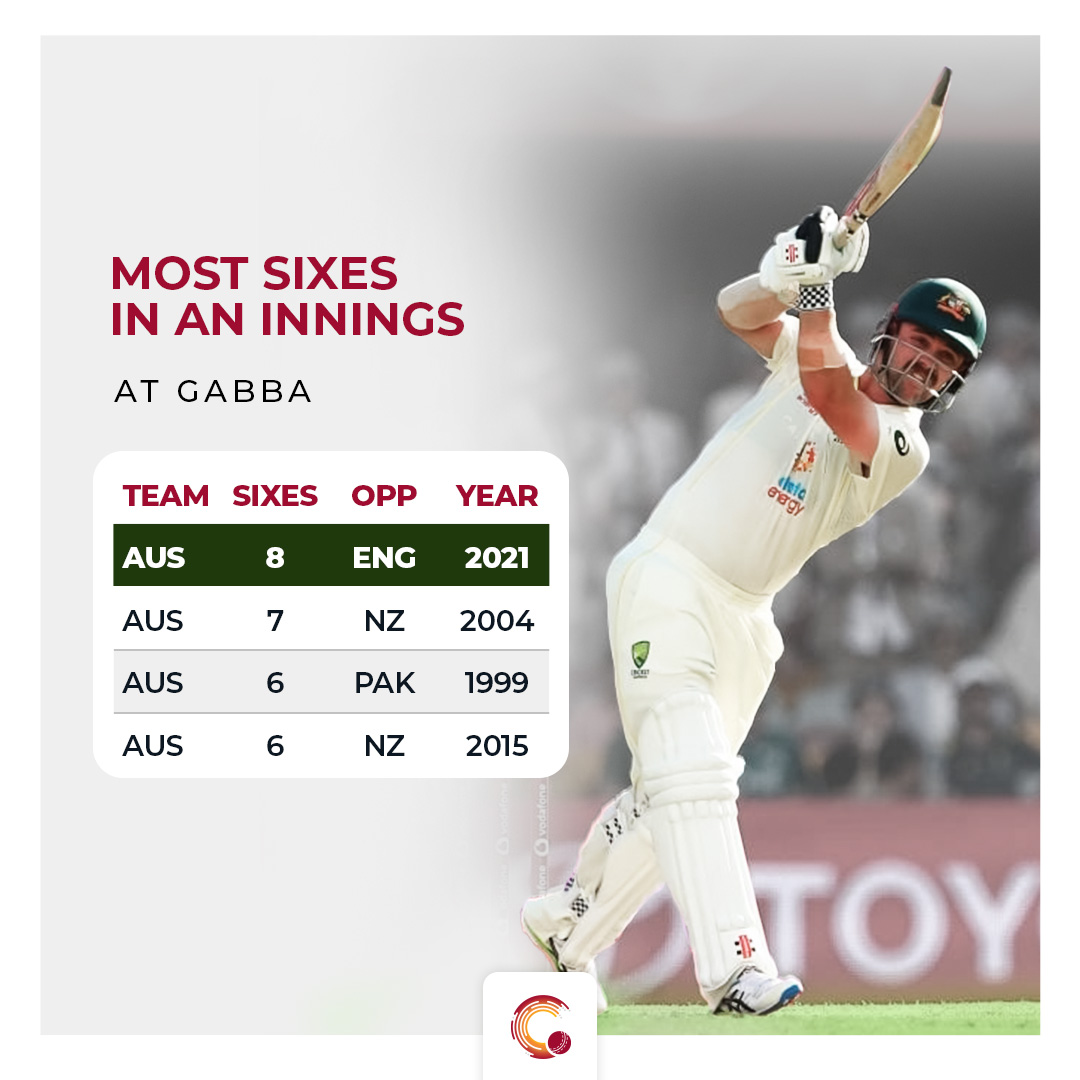 While Travis Head recorded four hits over the fence, Warner and Labuschagne scored two each to take the tally to eight. In 2004, Australia managed to smash seven maximums, which is the second-most by a team at the Gabba.

England opted for a spinner in Jack Leach for this Test to add variety to their bowling attack and hold one end with disciplined line and length. However, the left-arm spinner endured a torrid time with the ball and leaked runs at an economy rate of 7.84 in 13 overs, the worst by an England bowler in an innings of a Test match with a minimum of 10 overs. 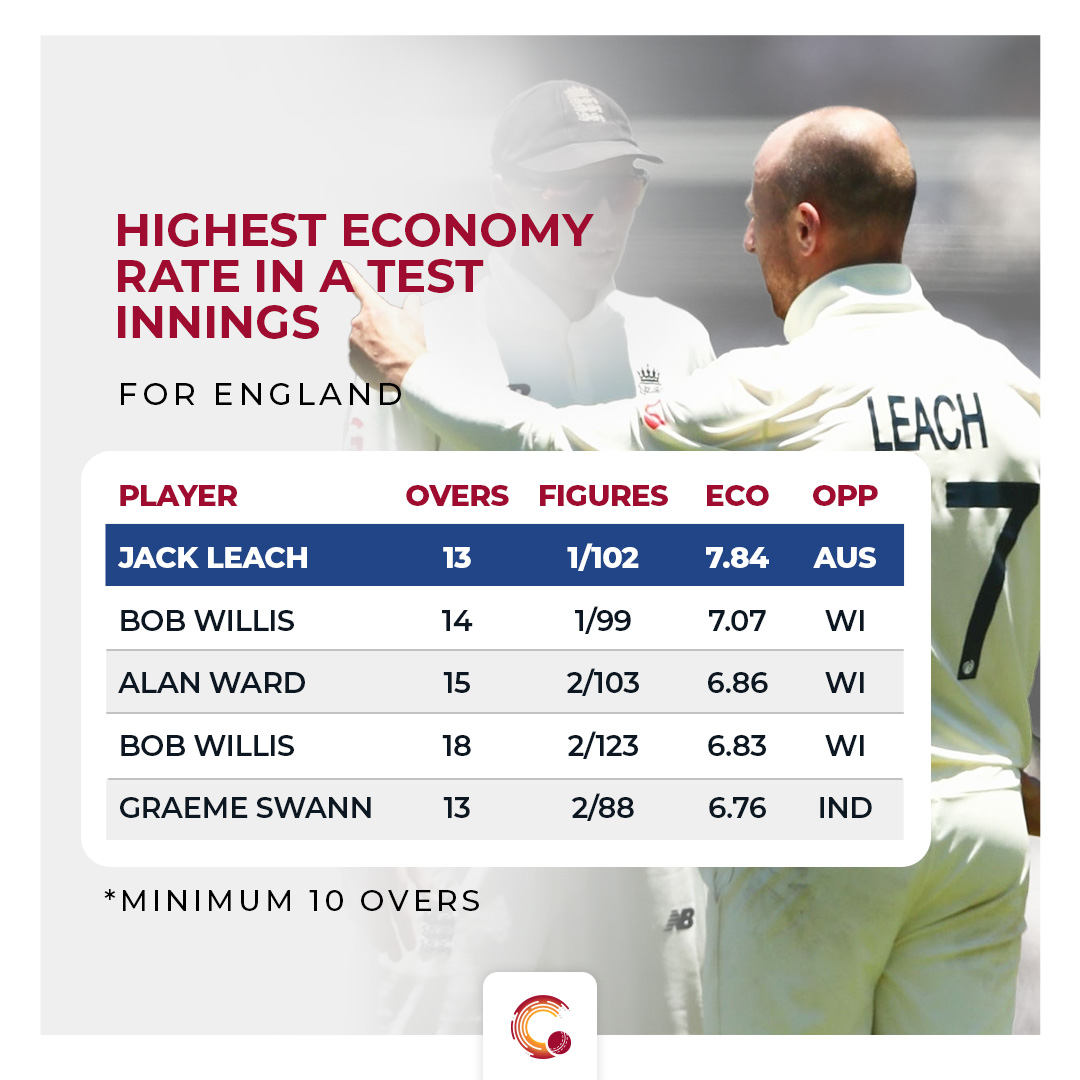 The 30-year old conceded 102 runs in his spell and picked up the wicket of Labuschagne to break a solid 156-run stand for the second wicket. Bob Willis returned with figures of 1/99 at an economy rate of 7.07 against West Indies in Manchester, which is the second-worst.