Jos has created a legacy of his own: Stokes 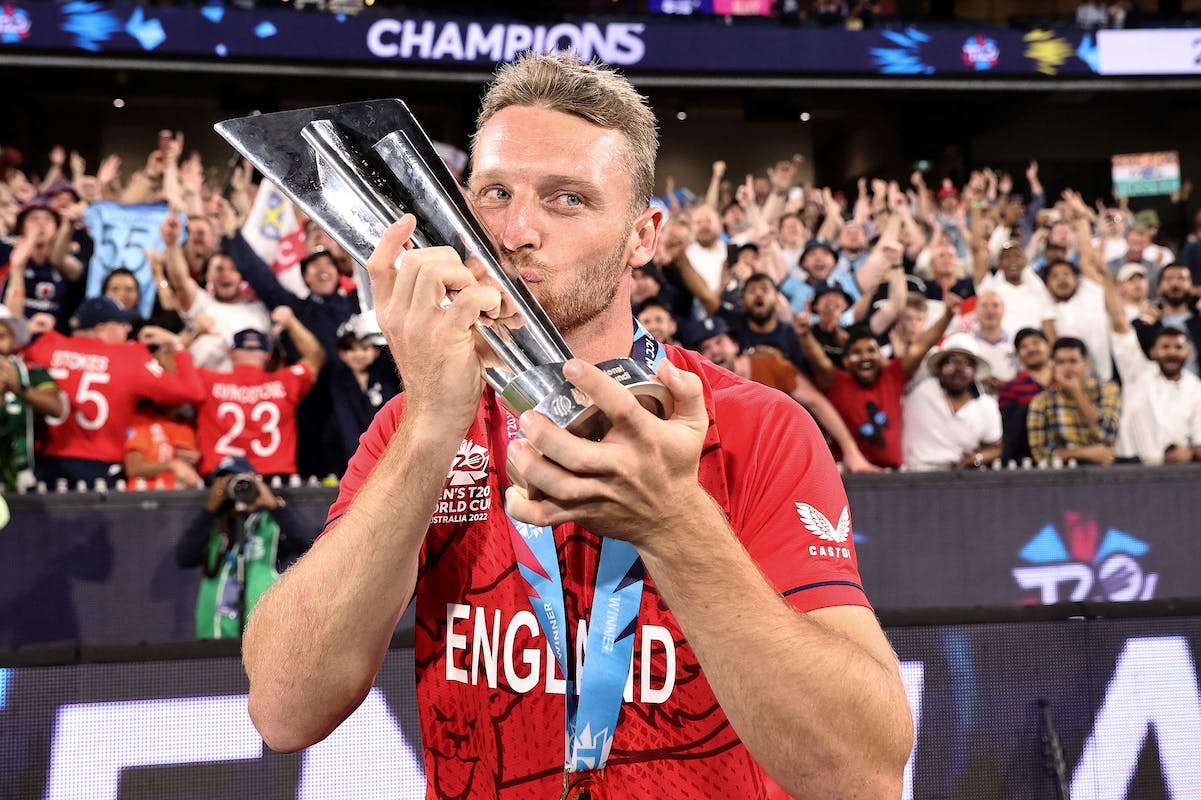 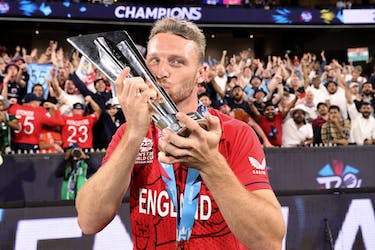 Jos has created a legacy of his own: Stokes

Jos Buttler didn't have the brightest of starts when he took over as England's white-ball captain in June, 2022 following the retirement of Eoin Morgan, who had led their revolution in limited-overs cricket.

They lost series at home to India and South Africa, before Buttler himself was sidelined for their seven-match T20I series in Pakistan, which they won 4-3. It was followed by a 2-0 win over Australia before the 2022 T20 World Cup. Doubts persisted over their batting as they laboured to a five-wicket win over Afghanistan in their tournament opener and then lost to Ireland by five runs.

Their troubles were compounded when the clash against Australia was washed out. They started to find their rhythm when they trounced New Zealand by 20 runs and then had to huff and puff into the semis with a four-wicket win over Sri Lanka.

However, all those doubts were shattered when they outplayed India in the semifinal to enter the final with a 10-wicket win. On Sunday in front of 80,000 fans at the MCG, they started strongly by restricting Pakistan to 137/5 in 20 overs.

Ben Stokes, their 2019 World Cup hero at Lord's, once again stepped in a tough chase with his maiden T20I fifty and guided them to a five-wicket victory. Even though all eyes were focused on him, Stokes sang praises of Buttler, pacer Sam Curran and leg spinner Adil Rashid.

"When the great man stepped down and Jos took over, you look how quickly he managed to take control of the team and progress it from the legacy that Morgan's left," Stokes told Sky Sports, with Morgan standing beside him as a commentator.

"Jos has now created his own legacy. He's a guy who everyone follows on the field and it shouldn't be taken for granted how hard it can be making tactical decisions under pressure in this format," Stokes said.

"Adil Rashid, Sam Curran, that's what won us the game. That was a tricky wicket, it was never one that you felt you were ever in on," Stokes said.

Stokes, who hit the winning runs off Mohammad Wasim's penultimate over, was made to work by the Pakistani bowlers as the game came down to the final two overs.

"When you chase totals in games like this you so often forget the hard work that's gone in before. The way that Sam and Rash and all the bowlers bowled to restrict them... I think on that was a huge reason as to why we didn't feel under too much pressure with the run chase. I never felt like it was out of our hands at all and was just trying to make sure I stayed there a long as I possibly could at the end," Stokes said.

Stokes also credited Ireland for giving his team a reality check as the defeat allowed them to regroup and set their campaign back on track.

"With that being so early on in the competition we obviously had to address it, say what we said, and then let it go because in tournaments you can't carry baggage with you. That was a little blip on the way. Credit to Ireland for turning up and beating us but the best teams learn from their mistakes, they take it on the chin but they never let it affect them and they just let it go, move onto the next challenge. I feel as if we've lived up to all the challenges that we've had thrown at us throughout the tournament," Stokes said.