Keen SRH look to bounce back against a struggling CSK 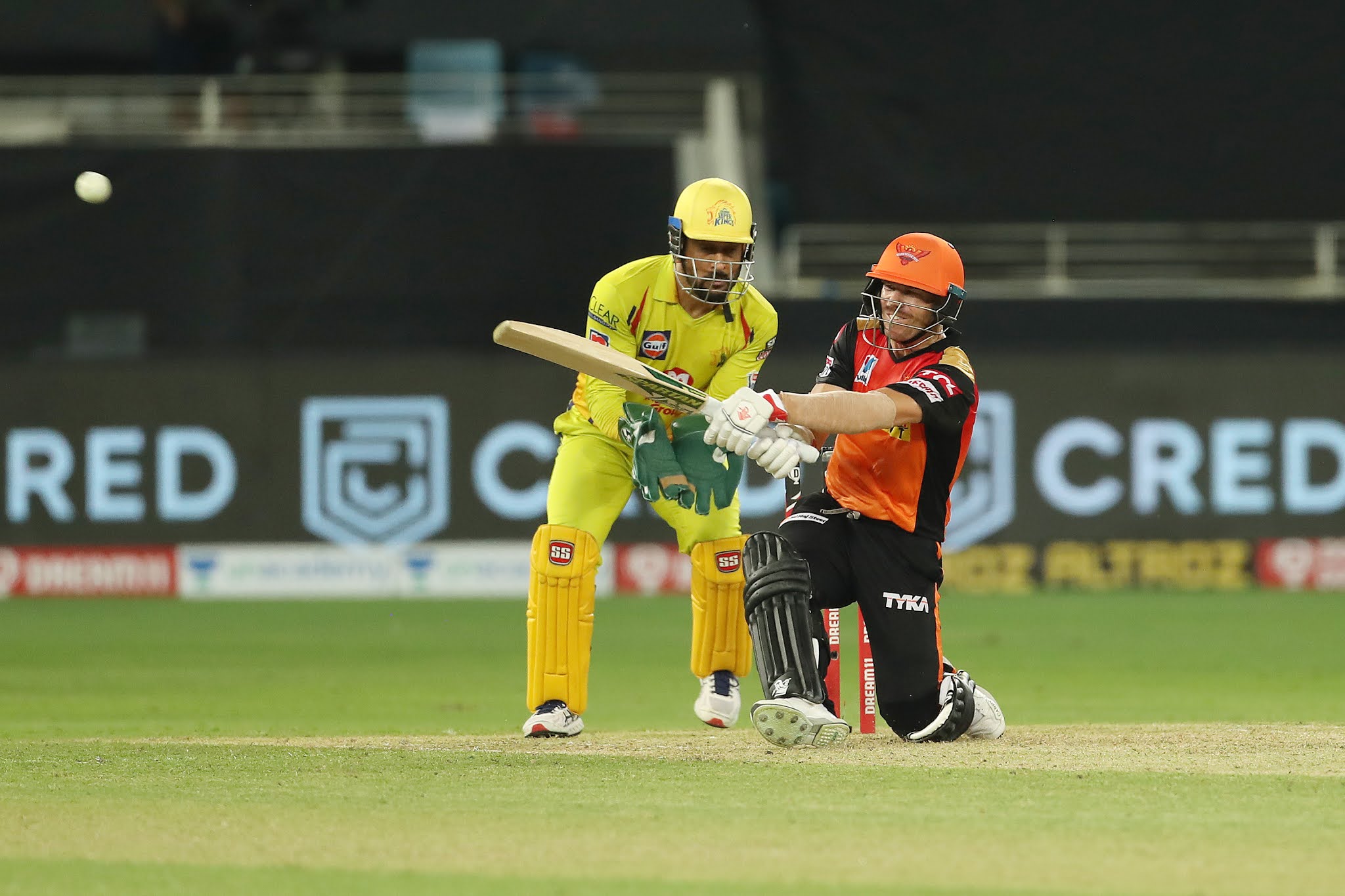 Keen SRH look to bounce back against a struggling CSK

After letting the game slip in the last few overs against Rajasthan, SRH are alongside CSK in the bottom half of the points table

As we cross the half-way mark in the league stage, Sunrisers Hyderabad and Chennai Super Kings get set for the first reverse fixture of IPL 2020.

SRH are on the back of a stinging defeat against the Rajasthan Royals. With about five overs to go in the game, SRH were on top with RR needing 65 runs in the last five overs and all their gun batsmen dismissed. As it turned out, they became the second team this season after KXIP to fall prey to Rahul Tewatia. In the company of Rian Parag, he stitched a memorable 85*(47) run partnership to hand his side another unlikely victory.

The dominating aspect of their counter-attack was that they did not spare any of SRH’s four main bowlers, including Rashid Khan. Each of whom gave 10+ runs in every over they bowled at the death. Talking about his team’s loss, SRH’s head coach Trevor Bayliss said that they failed to execute perfectly under pressure and there was that one-ball per over, that went for a boundary.

Looking back to the areas that the SRH bowlers bowled at, it was more than one ball per over that deserved to be hit.

On a collective bad day for SRH bowlers, there were no yorkers and just 6.9% balls bowled on a good length at the death. While Sandeep Sharma was too short, Tewatia’s movements in his crease did not allow T Natarajan to execute his yorkers. His extravagant reverse sweeps were off-putting for Rashid as well.

Twice in three games now, SRH have missed the calming presence of Bhuvneshwar Kumar to lead their pace attack.

So far in this tournament, Abhishek Sharma has bowled 7.29 balls and faced 8.57 balls per match on an average. No one who has featured regularly in a playing XI has been as underused as him.

Sharma bowled his complete quota and returned with 2/34 in SRH’s third game against DC, a side with more left-handers. Since then, he has bowled one over in three of their last four games. Moreover, batting at seven in a side with the top-4 known for their wicket preservation - he hardly gets a chance to bat.

Against RR, after bowling the seventh over where Sanju Samson hit him for two fours, SRH did not trust him with another one. In hindsight, SRH should have tested Parag and Tewatia – each of whom has a strike-rate of around 100 against spin – with an over from Abhishek.

It was against CSK that he made an impact with the bat in the company of Priyam Garg after their top-order failed. However, if SRH do not trust his ability then they will be better off replacing him with a genuine spinner in Shahbaz Nadeem and strengthen their bowling attack.

Another aspect that continues to hamper SRH is Manish Pandey’s approach with the bat. Promoted to number three, SRH have shown faith in his ability this season. However, his batting tempo continues to raise question marks about his T20 batting method. 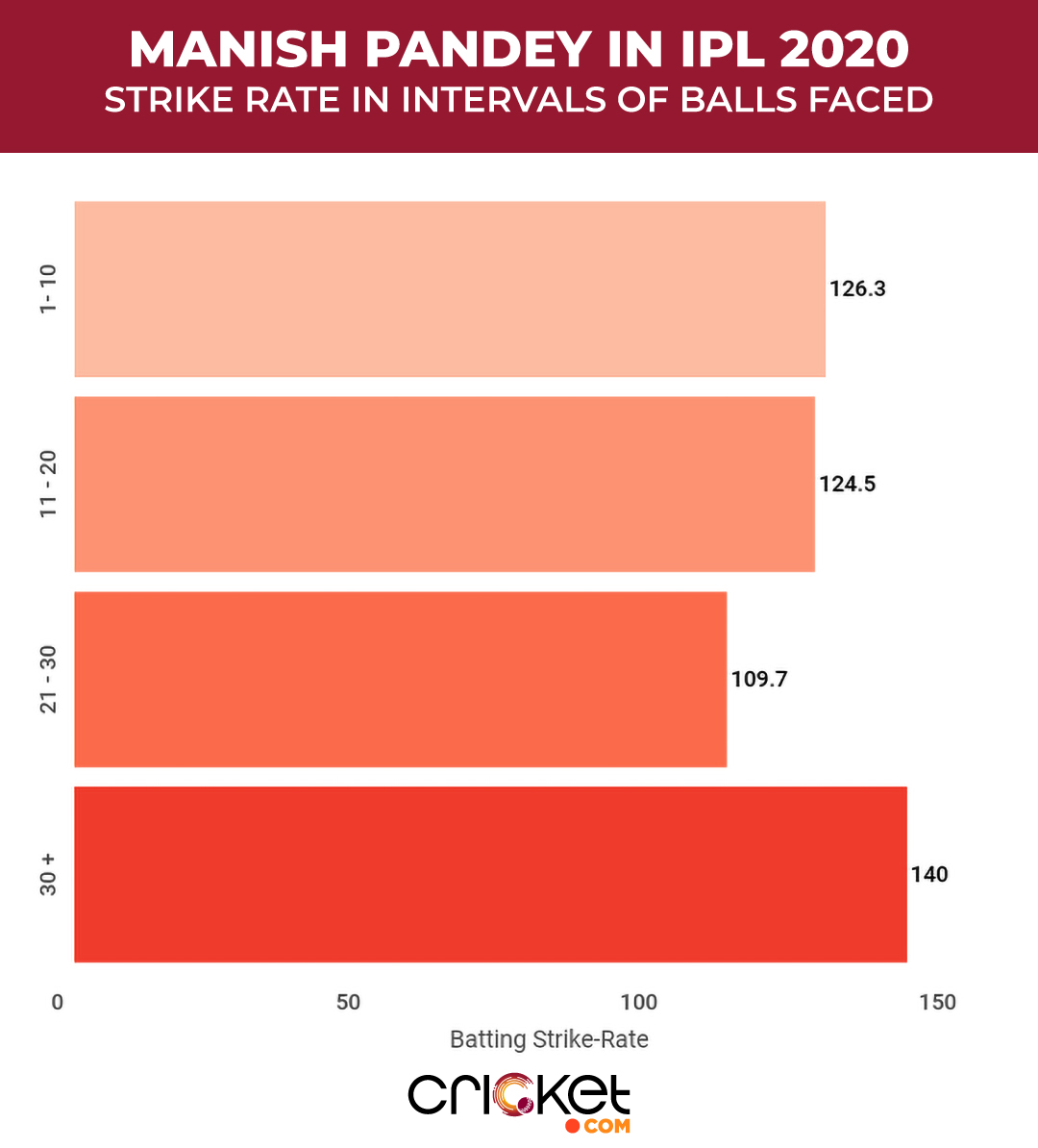 While David Warner struggles to be at his dominant best, Pandey’s tempo becomes crucial for SRH innings with the bat.

By now it is common knowledge that CSK’s lack of aggression with the bat in the first 15 overs leaves their lower-order too much to do at the end. All batsmen in their top-order are a product of the same mould that believes in taking the game deep.

With five losses in seven games, CSK need to break the rigidity and try some experiments to infuse fresh energy. Instead of wasting Sam Curran and Ravindra Jadeja at six and seven, they should try and promote them to three or four to change the rhythm in the middle-overs.

Even luck has eluded CSK

In IPL’s history, none of the existing IPL sides have had more luck with the coin than CSK (53.5%). In 2018, when they won the trophy, this percentage was as high as 68.8%. However, this year, MS Dhoni won the first two tosses and have lost five in a row now.

While one cannot pin it on the toss to explain the state CSK are in, it is just another example of this season following the Murphy’s Law for them. In conditions when batting first seems to have a clear advantage, CSK are yet to have the first go in seven matches.

With not much working for CSK right now, Dhoni will hope for an early advantage against SRH, even before the first ball of the match.