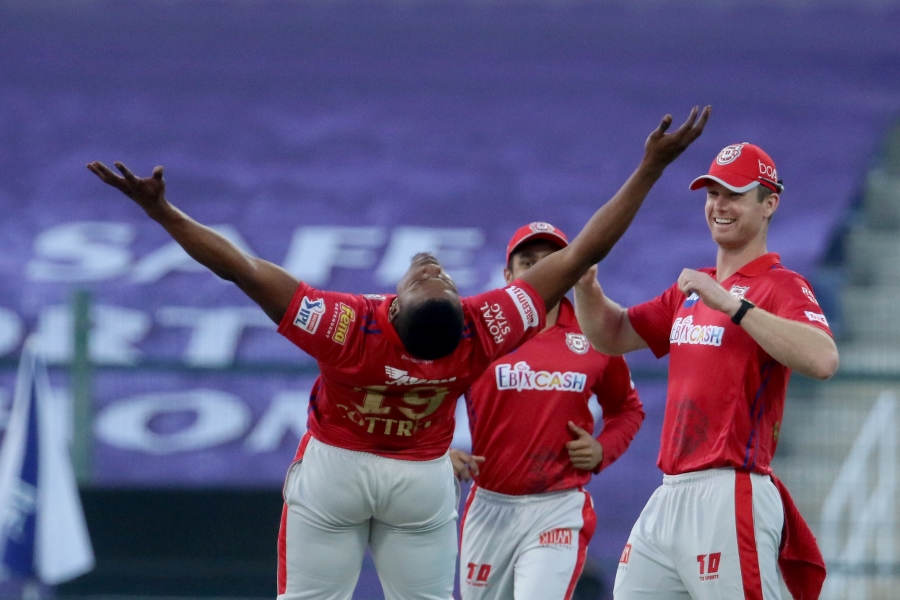 Anirudh Kasargod
Kings XI Punjab vs Chennai Super Kings, IPL 2020, Match 18: Fantasy Preview
Here are a few tips and suggestions that might help you in creating your fantasy team for the 18th match of IPL 2020 between Punjab and Chennai at Dubai

Two of the non-performing teams will face off in the 18th match of IPL 2020. Kings XI Punjab in 7th position will go head on against the table-footers Chennai Super Kings. Punjab, after a convincing win against Royal Challengers Bangalore, have lost their way. Against Rajasthan Royals, their bowling fell apart and against Kolkata Knight Riders, their batting was dismal. On the other side, Chennai are in a real fix as they are yet to find the right combination. 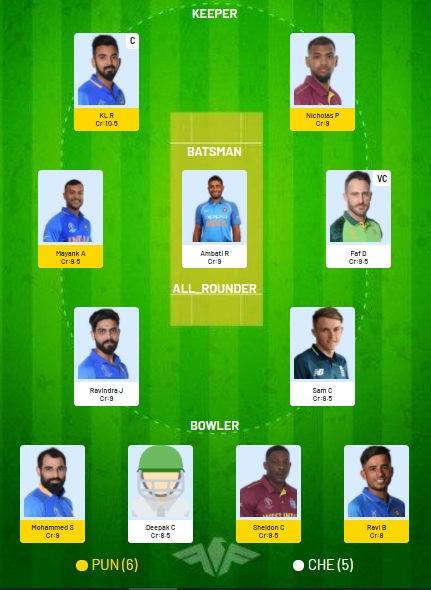 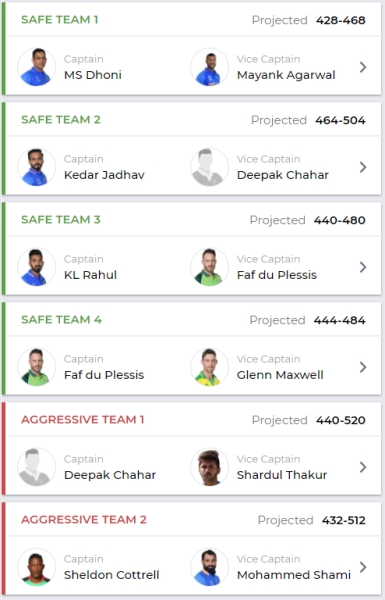 All the three venues in IPL 2020 have been a good one to bat on. However, at the Dubai International Cricket stadium, a team chasing is yet to make a mark. Two teams came close in chasing a target successfully, but, both of them lost in the Super Over. Kings XI Punjab in the second match and Mumbai Indians in the 10th.

On an average, 177 runs have been scored in the first innings at the Dubai International Cricket stadium this season. Though, the boundaries have been on the bigger side, sixes have been a common sighting. In the initial phase of the innings, it has been a difficult one. Runs in the Powerplay have come at a run rate of 6.8, which is the least among the 3 venues. But, as the game progresses, runs have come by freely, especially in the last 5 overs. 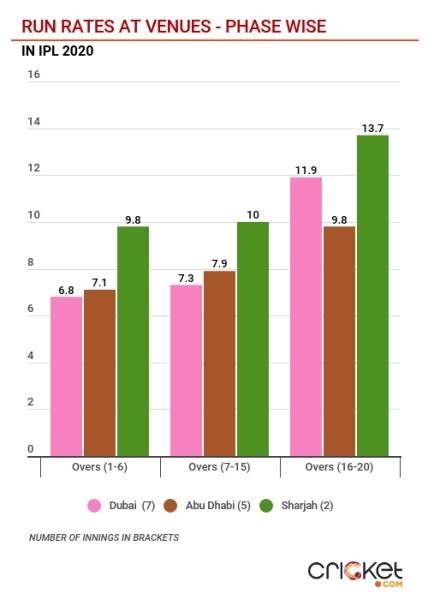 The Dubai International Cricket Stadium has given something to everyone. It’s not only the batsmen, but bowlers also have had good spells. In terms of balls/wicket, both spinners and pacers have been on equal terms. Pacers have bagged a wicket every 21.5 balls and spinners have managed to break through a tad early (21.0). However, pacers have dominated the wickets section with 61.5% of wickets. 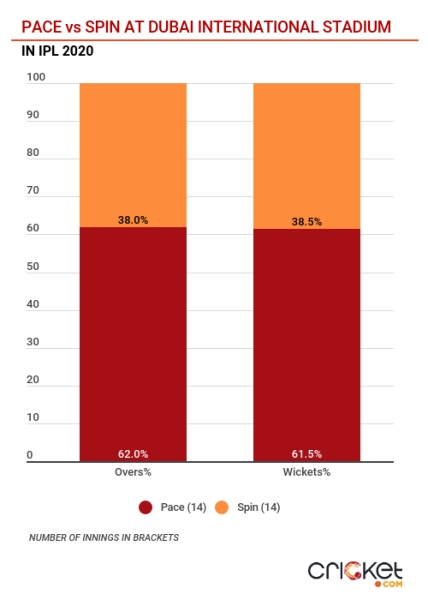 Five batsmen including wicketkeepers, two allrounders and four bowlers could be the ideal team combination. As the venues assists the quicks in the first six overs, bowlers with the ability to take up wickets up front would be a good option. Bowlers like, Sheldon Cottrell, Mohammad Shami, Sam Curran and Deepak Chahar could make merry at the start.

Chennai’s top order has been in a muddle this season, but, the likes of Faf du Plessis and Ambati Rayudu should make it to the fantasy team. Punjab's openers are in red-hot form, which makes them the top choice of batsmen. Alongside KL Rahul, Nicholas Pooran would be a good option considering a legspin and left-arm orthodox in the opposition for the choice of wicketkeepers.

Jadeja’s performance with the bat in the last match and his record against few of the middle order batsmen of Punjab, could also be one of the considerations. Sam Curran could be the other option for the allrounder.

Sheldon Cottrell has been exceptional in his first season of IPL, especially during the first six overs. However, he will be facing one of his nemesis in T20s right at the start. Faf du Plessis in the 2 innings against the left-arm pacer, has scored runs at a strike rate of 238.5. 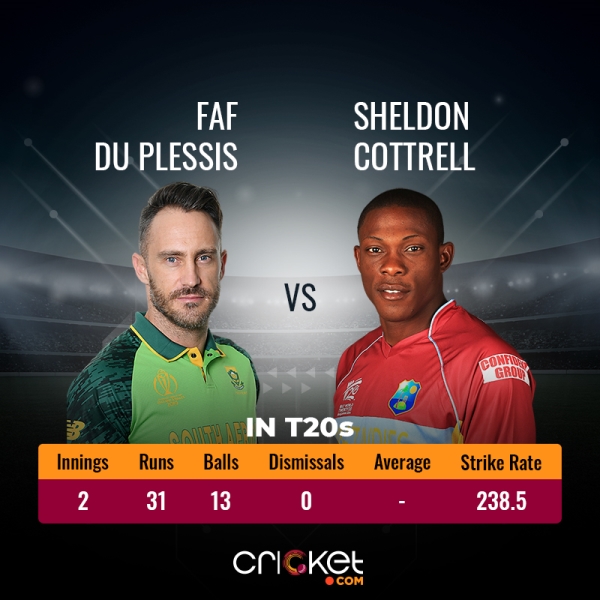 If Sheldon Cottrell has struggled when bowling to Faf du Plessis, the other opening bowler of Punjab also has his woes against Faf. Mohammed Shami in the three innings he has bowled to Faf, has conceded runs at a strike rate of 194.1. 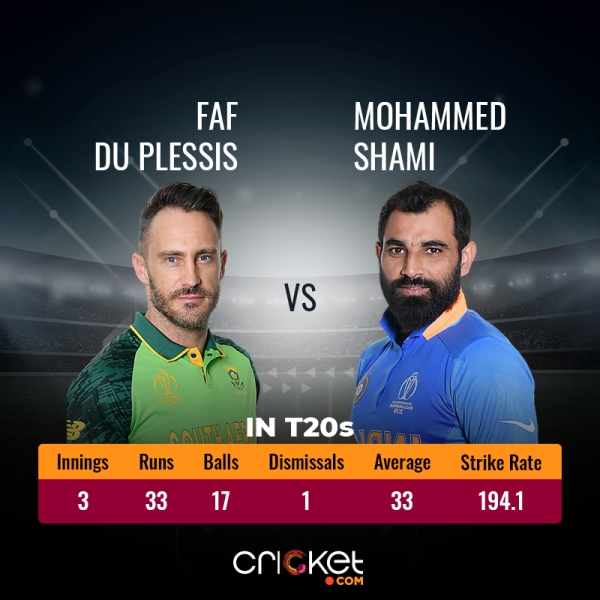 It is a well-known fact that Glenn Maxwell struggles against spin, especially legspin and left-arm orthodox. No wonder Ravindra Jadeja has had the better of him in T20s. In the 11 innings, Maxwell has got out to Jadeja in 5 innings at an average of 11.6 and a strike rate of 131.8. 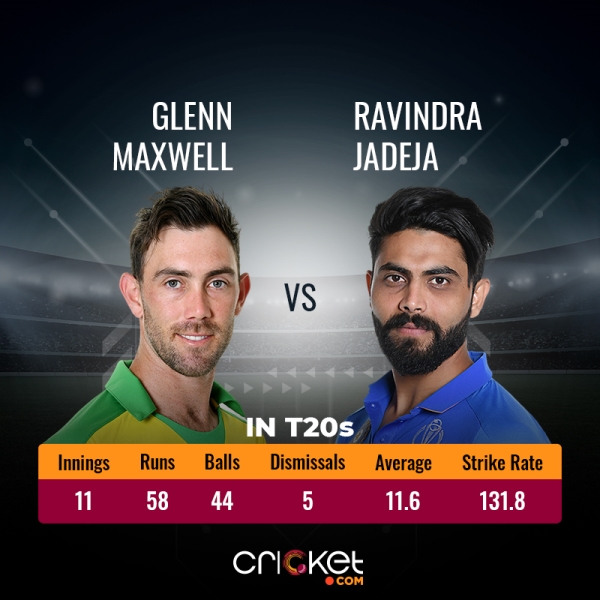 KL Rahul: With KL Rahul playing, it is hard to look past him as captain of the fantasy team. Rahul missed out against Mumbai Indians in his previous match, but in the present form he is in, he wouldn’t miss out an opportunity to bounce back. In this season of IPL, with 239 runs, KL Rahul is 2nd in the Orange Cap list.

Our Criclytics player projection predicts, Rahul could score 18-41 runs in Match-18 against Chennai.

FAF du PLESSIS: Though the Chennai batting has been poor, Faf du Plessis has been their shining light. In four innings this season, Faf has scored three 30+ scores, out of which two he carried forward to register a half-century. Faf is the only Chennai batsmen to score over 100 runs this season.

Moreover, Faf will be facing a team against whom he has scored runs with joy. Faf in the 8 innings against Punjab, has scored 367 runs, which is his personal best against an opponent. Faf has those runs at an average of 45.9 and a strike rate of 148.0.

Our Criclytics player projection predicts, Faf could score 15-38 runs in Match-18 against Punjab.

MAYANK AGARWAL: In the race for the Orange Cap, Mayank Agarwal is leading with 246 runs. KL Rahul is trailing by just 7 runs. Mayank in this season so far, has one half-century and one century to his name.

Our Criclytics player projection predicts, Mayank could score 13-36 runs in Match-18 against Chennai. 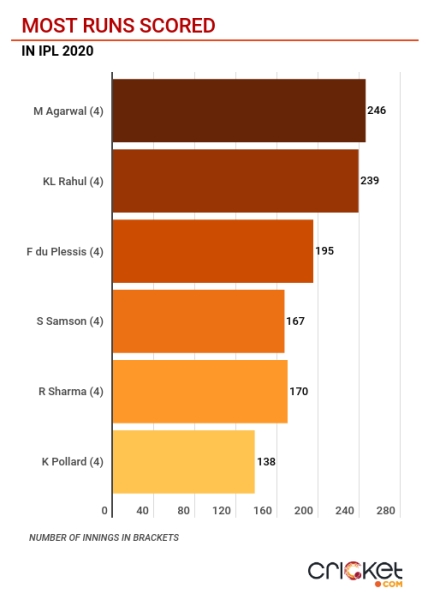 SHELDON COTTRELL: Barring his one over against the Rajasthan Royals, Sheldon Cottrell’s debut season of IPL has been a memorable one. Cottrell has bagged 6 wickets this season at an economy of 8.1 and has taken a wicket every 14.0 balls. More importantly, he has been a master in the department in which he specializes, picking up wickets in the Powerplay overs. Out of his 6 wickets this season, 4 of them have come during the first 6 overs, which is the most.

Our Criclytics player projection predicts, Cottrell could pick up 1-2 wickets in Match-18 against Chennai.