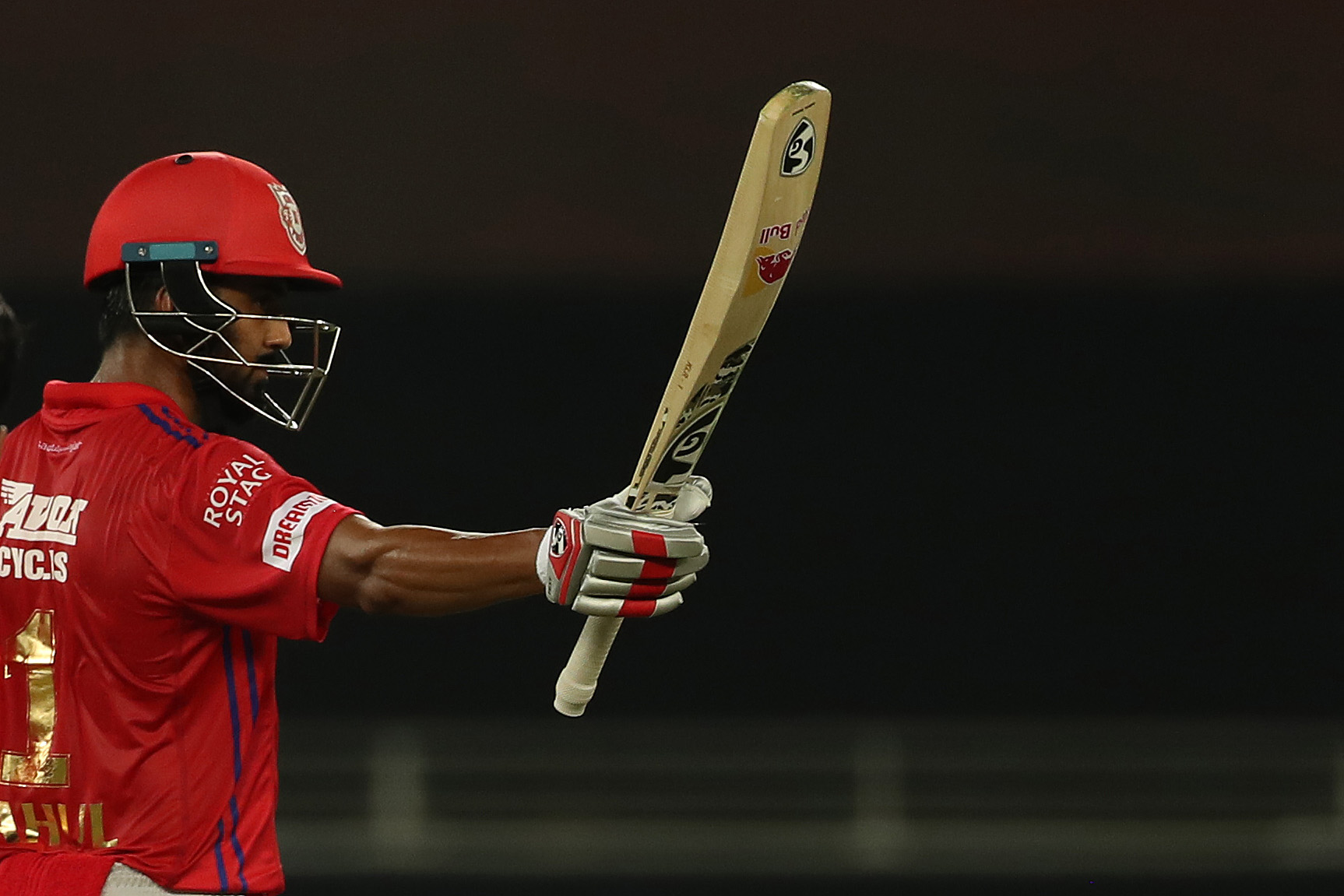 Both Kings XI Punjab (KXIP) and Mumbai Indians (MI) have had a below-par start to the 2020 Indian Premier League (IPL) season, with each team coming into this match with one win and two losses thus far.

Each of KXIP’s losses came from positions when they looked certain to win, which will be very disappointing for them. On the other hand, MI came out of nowhere and nearly secured a dramatic victory against RCB but lost via a Super Over.

Mumbai have the slight edge when it comes to overall and recent head-to-head records between these two teams. The four-time IPL champions have won this fixture 13 out of 24 times and have been victorious in three out of the last five games. 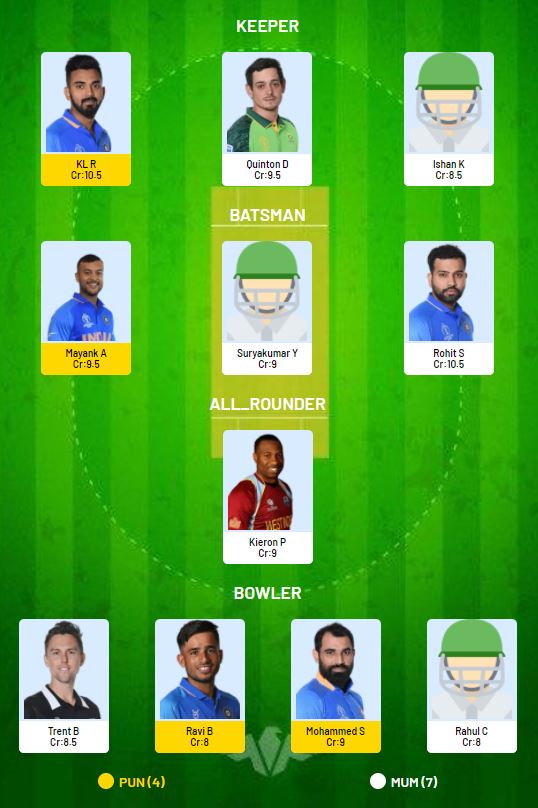 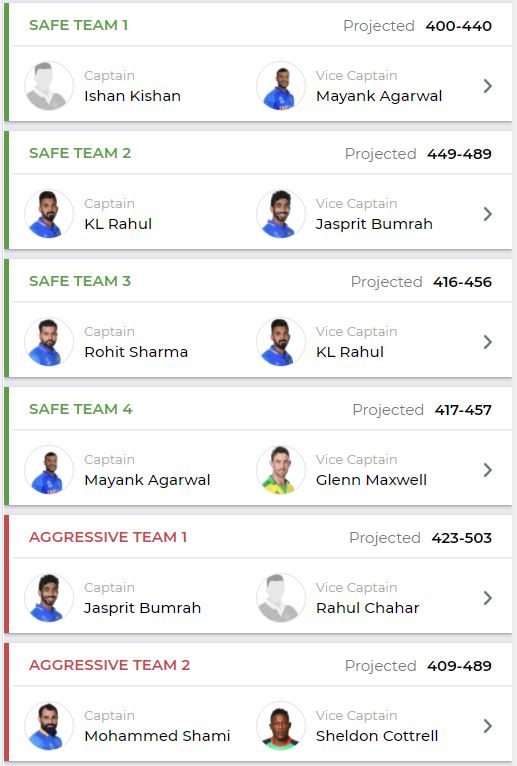 When we consider T20 stats in Abu Dhabi since 2018, a wicket has fallen every 19.4 deliveries – this is the highest among the three stadiums that are hosting matches this season. But on the contrary, a run-rate of 7.4 is the lowest during the aforementioned period.

Since 2018, from a result viewpoint, there’s not much to separate teams batting first (15 wins) and second (14 wins) in T20 cricket here. 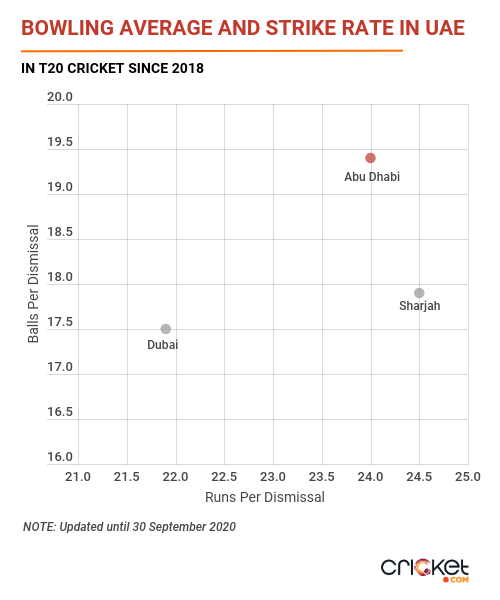 In the four matches this season in Abu Dhabi, pacers have taken 29 wickets while spinners have picked up 15. The faster bowlers have, in fact, bowled 60.6% of the deliveries and picked up close to 65.9% of the wickets to fall this season here thus far. 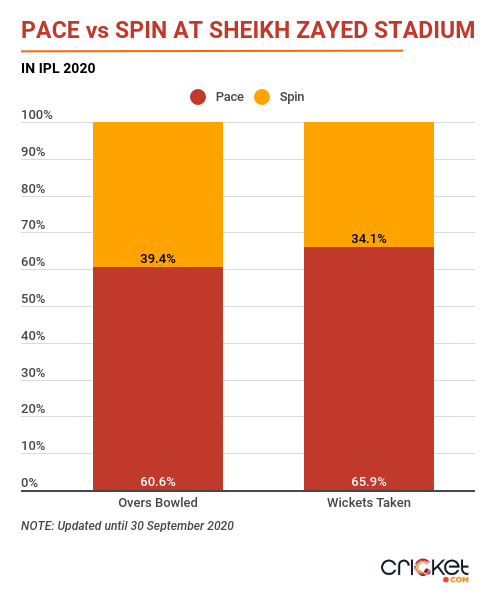 Kings XI Punjab openers KL Rahul and Mayank Agarwal are currently the two highest run-getters in IPL 2020. Rahul, especially, has been the lynchpin of the Kings XI batting since he joined the franchise in 2018. He will be up against a formidable pace attack here, which includes Trent Boult. 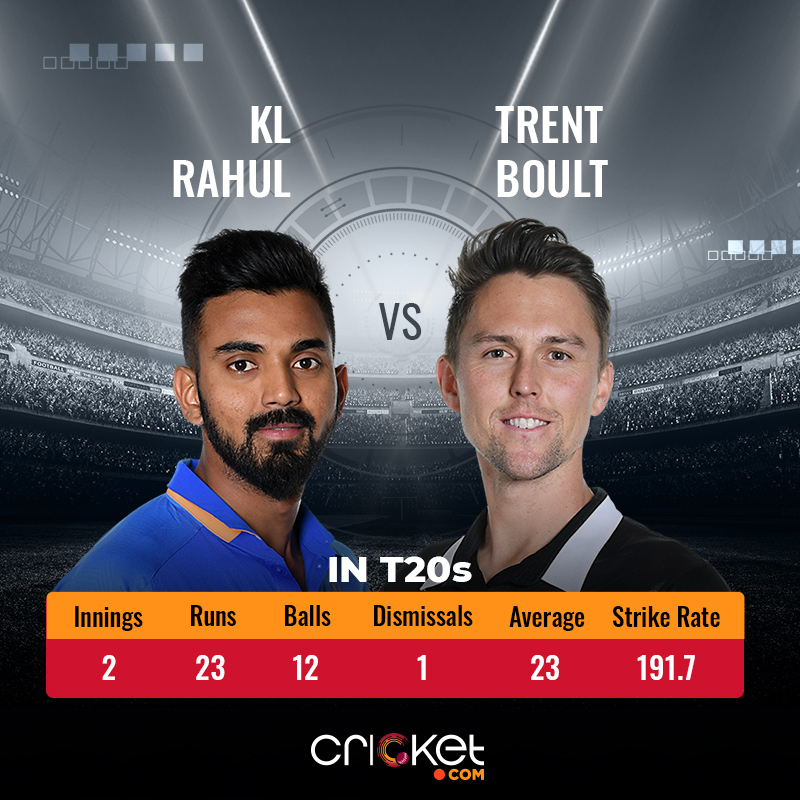 Glenn Maxwell has not made the impact he would’ve liked in IPL 2020 so far. On the other hand, Jasprit Bumrah has had a mixed tournament so far – while he was superb for most of the game against Kolkata Knight Riders and in the Super Over against Royal Challengers Bangalore (RCB), he has been below his best at other times. Bumrah has had Maxwell’s number till date, dismissing the Kings XI allrounder six times in 55 deliveries in T20 cricket. 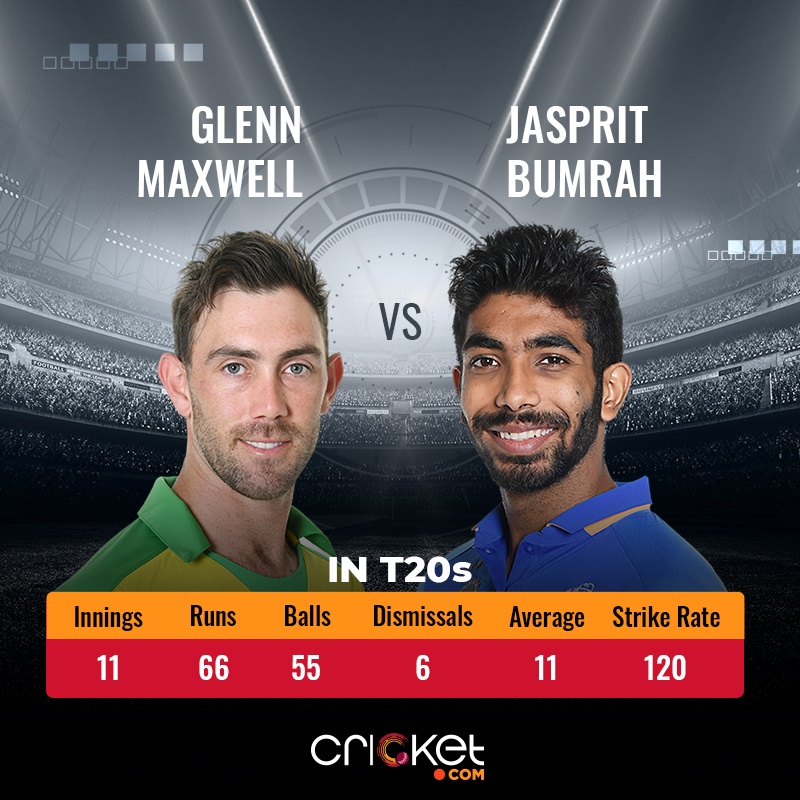 Kieron Pollard put on a magnificent batting display against RCB on Monday and nearly snatched victory from the jaws of defeat for MI. Meanwhile, Sheldon Cottrell had an outing to forget in KXIP’s loss against RR. The battle of the two West Indian cricketers could be really interesting. Cottrell has done well against Pollard so far, dismissing him thrice in T20 cricket. 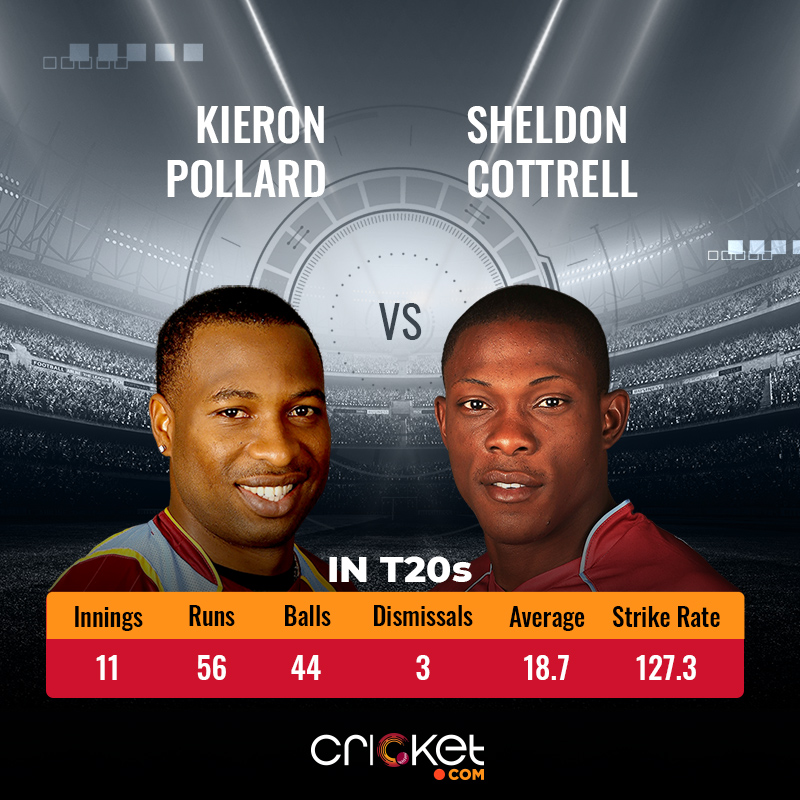 Mohammed Shami has bowled just six deliveries to Hardik Pandya in T20 cricket so far and has already dismissed the MI allrounder twice. This could be an interesting contest towards the end of Mumbai’s innings, with Punjab keen to put on an improved death-overs showing after what happened against Rajasthan Royals. 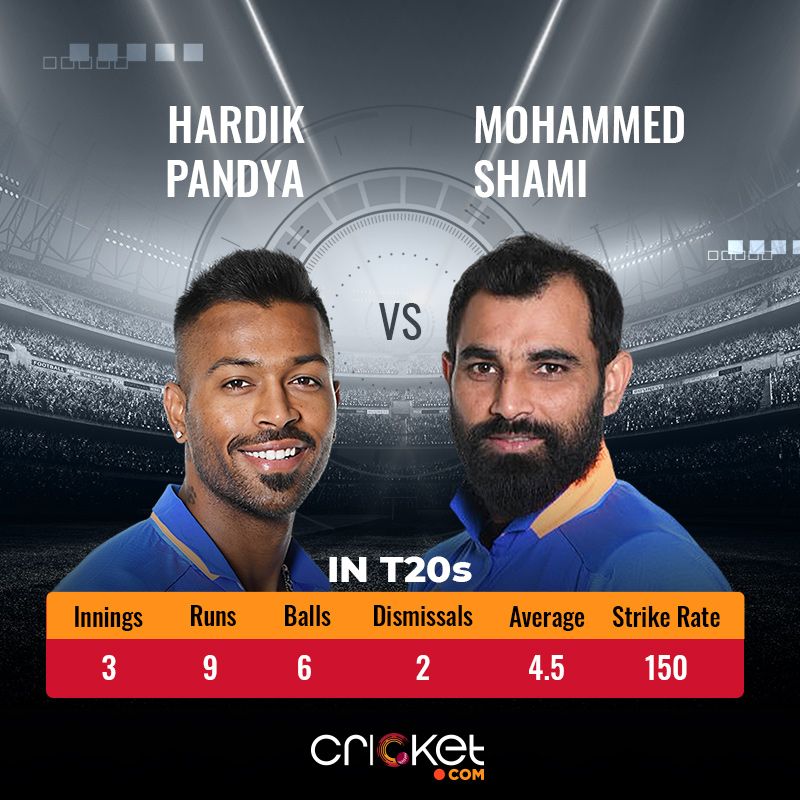 It’s hard to look past KL Rahul when it comes to captaincy for this match. While his opening partner Mayank has outshone him in two out of three innings this season so far, Rahul seems like the more reliable batsman based on T20 form in recent years. In the IPL, especially, the Kings XI captain has been excellent since joining the team in 2018, having scored 1474 runs at an average of 59 and strike rate of 148.

Our Criclytics player projector predicts Rahul could score 18-41 runs in this match.

Suryakumar Yadav had a disappointing outing against RCB as he was dismissed for a duck. The right-handed MI batsman has otherwise been very consistent – in fact, the aforementioned innings was his first single-digit score in 13 IPL innings. Since joining MI in 2018, he has scored 1000 runs at an average of 32.3 in the IPL – no batsman has scored more for the franchise during that period.

Our Criclytics player projector predicts Suryakumar could score 13-36 runs in this match.

In the match between KXIP and RR where bowlers were taken to the cleaners, legspinner Ravi Bishnoi was the most economical bowler among both teams (0/34 from four overs). While economy rate doesn’t get you many fantasy points, it showed how the 20-year-old can hold his own even when conditions aren’t favourable for him. In his two IPL matches prior to that, he took four wickets.

Our Criclytics player projector predicts Bishnoi could take 0-1 wickets in this match.

Trent Boult has made a solid start to IPL 2020, taking five wickets in three matches at a strike rate of 13.6 so far. As mentioned earlier, his opening spell in this match will be very crucial as he will be up against two in-form batsmen in Rahul and Mayank. The New Zealand left-arm pacer has a bowling strike rate of 17.5 in T20 cricket since 2018.

Our Criclytics player projector predicts Boult could take 1-2 wickets in this match.

While we have picked two spinners in our side, two-time IPL-winning captain Gautam Gambhir has gone for a pace-heavy bowling attack. Here, he explains why.