Kishan vows to go for triple hundred next time 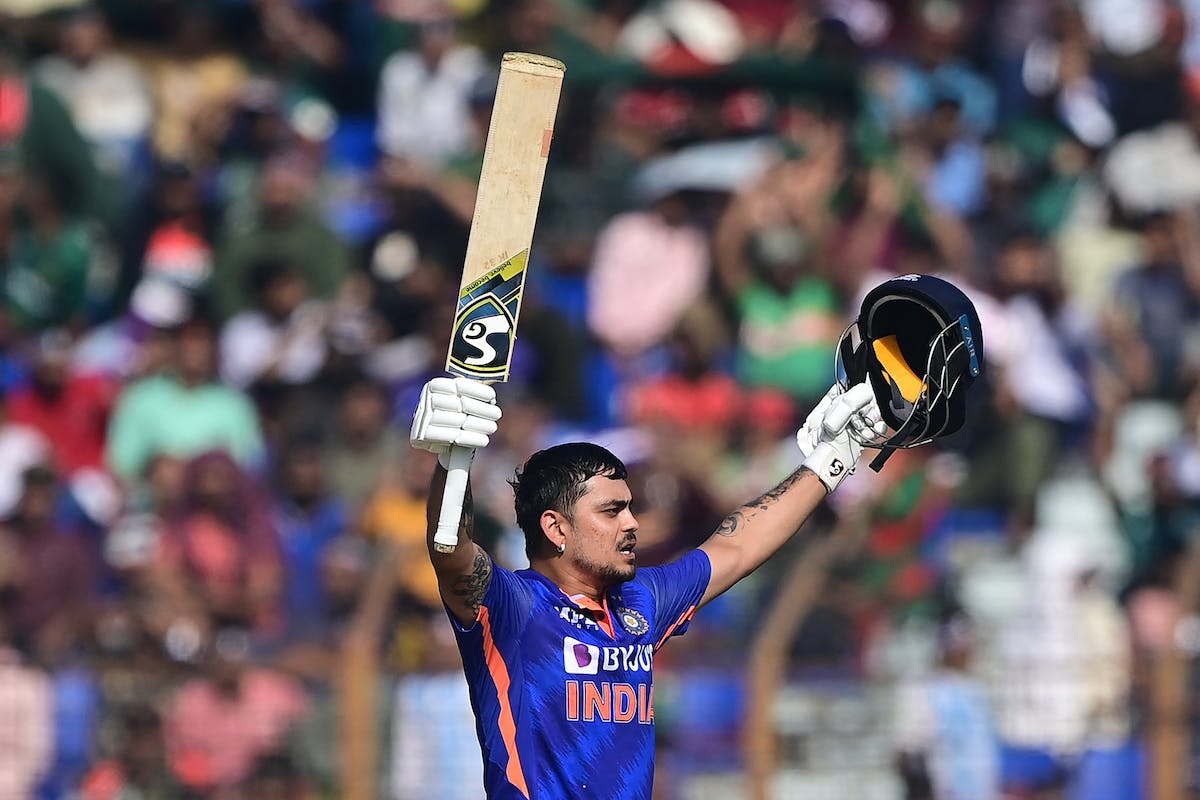 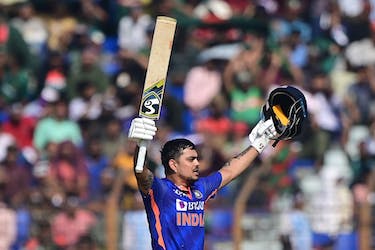 Kishan vows to go for triple hundred next time

No one has ever scored a 300 in One-Day International cricket. India captain Rohit Sharma came as close as he can when he scored 264 against Sri Lanka in 2014. Keeper-batter Ishan Kishan is determined to get to the elusive landmark after scoring 210 off 131 balls in the third ODI against Bangladesh on Saturday.

Playing in his ninth ODI, Kishan joined an elite list of Indians featuring Sachin Tendulkar, Virender Sehwag and Rohit Sharma to score a double hundred in ODIs in just 126 balls -- the fastest in the format.

The left-hander was 90 runs away from a triple-hundred when he got out in 36th over in Taskin Ahmed's bowling, but vowed to go for the rare record if he finds himself in a similar situation.

"When I got out, I think there were 90 balls left and may be if I had played 45 balls more, it was possible to get another hundred (runs). I was in that zone to get the 300, but unfortunately I didn't. I am not going to give up (next time), when I am at this stage, I'll go for it. It was really special to get my name on (the list) with so many legends," Kishan said in the post-match press conference.

The youngster, who has two fifties in ODIs so far, said he was not thinking about scoring hundreds.

Kishan also added 290 for the second wicket with Virat Kohli (113 off 91) as India posted 409/8 in 50 overs, their fourth highest total in ODIs. In the process, Kohli also went past Ricky Ponting's record of 71 international hundreds. Kishan was full of praise of Kohli, who was regularly chatting with him during the knock.

"When Virat Bhai was walking in, I felt very happy that I'll get a chance to bat with him. I didn't imagine that we will have a partnership like that. You learn a lot when you watch players like him from the non-striker's end. I don't talk to my partners much while batting in the middle. But it was Virat Bhai, so I was trying to pick his brains," Kishan said.

"He is always happy for his teammates. When a player like him feels happy for you, you get the motivation to do well. I was also hoping he will get runs today and reach 100 hundred very soon," he added.

Opportunities have been hard to come for Kishan, who got the opportunity in the series only after Rohit got injured. Even though an opener by trade, the southpaw had to play in the middle order previously. However, making most of the opportunities is what matters to the Jharkhand batter.

"Regarding to batting position, I feel like making the most of my opportunities. All the players are here because they've performed everywhere. I can't demand to play in one position because at this stage, its only about making a big score when you get the chance," he said.

When asked how it feels to know that he might not play in India's next match, Kishan said: "I don't think whether I'll play (in the next game or not). I just want to perform well. I want my bat to do all the talking. I think that's the case with every sportsmen. But now that I've made 200, so who knows..(laughs)"