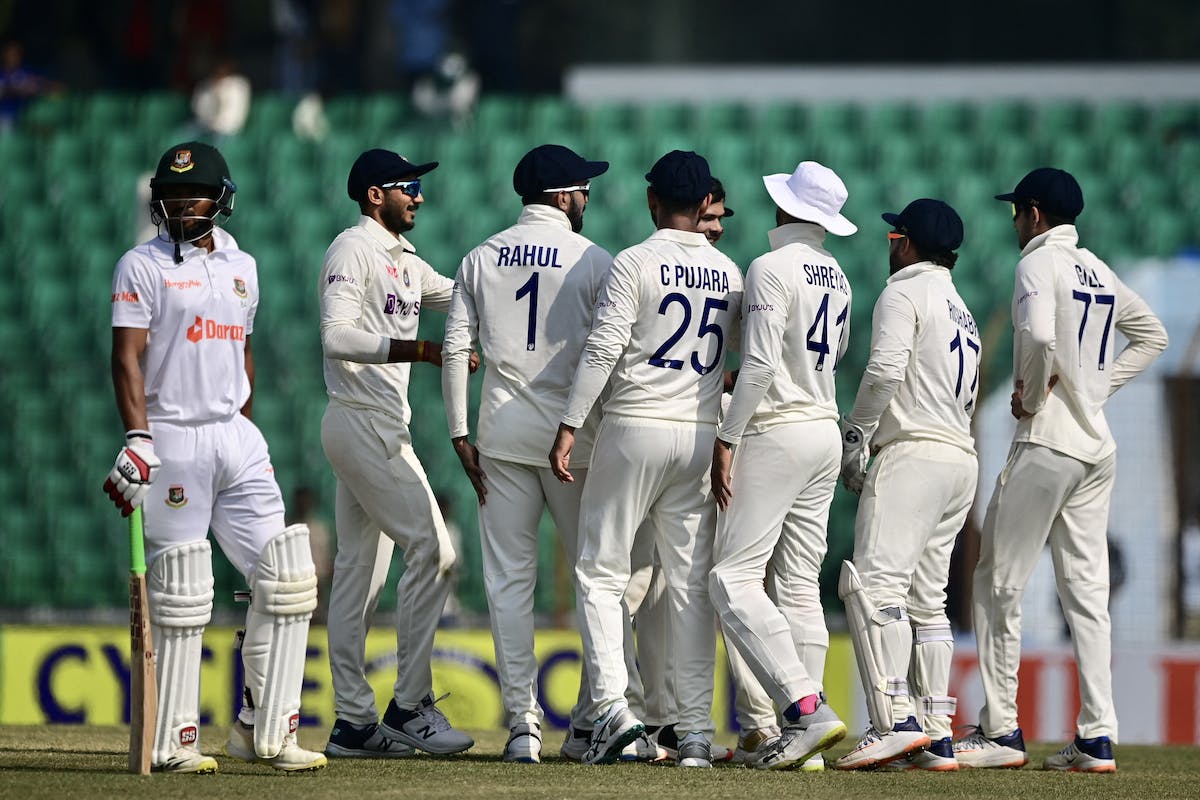 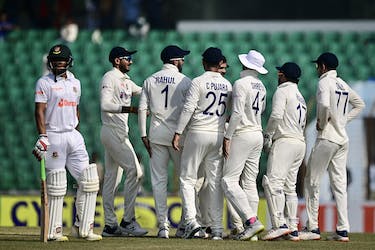 Bangladesh produced a gritty performance on day four of the first Test against India to end the day on 272 runs for the loss of six wickets on a flat track in Chattrogram.

The opening combination of Najmul Hasan Shanto and Zakir Hasan forged a 124-run stand to lay a solid foundation for the home team in pursuit of 513 runs.

While Shanto was dismissed for 67 runs, Zakir smashed a hundred on debut to become the only Bangladesh opening batter to score a century in his maiden appearance.

The visiting side went wicketless in the first session and the bowling coach, Paras Mhambrey, stated that the team needs to be patient on a flat track in Chattogrom.

"The discussion after the first session was to be patient. We knew the wicket would be easy to bat on, and as the game progresses, it will get easier. We knew it was a lot of hard work, and the focus was only on hitting the right areas and create those opportunities," he further added.

Mhambrey was delighted with the performance of the bowling unit for picking up six wickets on a wicket conducive to batting.

"We are very happy with the way the game has progressed, and I think we pulled things back by picking up six wickets in the next two sessions, which helped us create inroads. Nothing changes for us in the first session, and we still have to bowl in the right areas and be patient," he said.

He also heaped praises on skipper KL Rahul for rotating the bowlers in challenging conditions and said, "We have discussions with the bowlers in the breaks and also with the captain, but eventually, you also need to know what he feels on the ground."

"Captain's instincts are also very important, and you need to back that and the changes KL made. A lot of credit has to be given to him because he rotated the bowlers really well," he further added.

The bowling coach also credited Kuldeep Yadav on working on the run-up that allowed him to bowl quicker through the air.

"The changes that he’s made, he’s worked on the angles of his run-up, that allows him to bowl quicker in the air. He missed out with a knee injury, had surgery, came into the squad, and got hit in the nets so very happy to see him perform well and come up with the best match figure," he concluded.