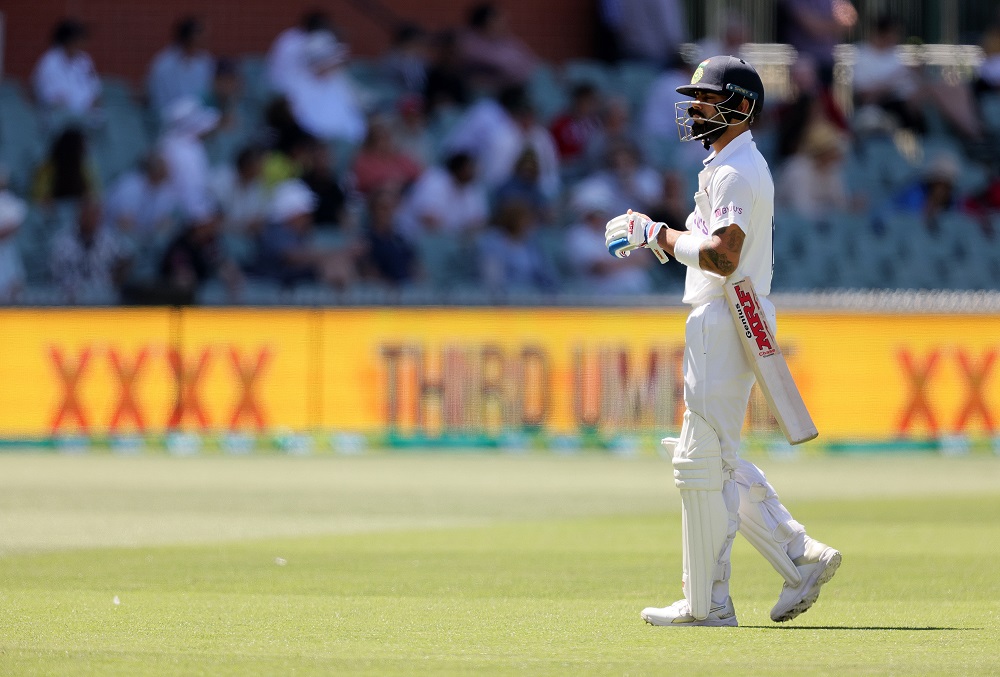 India may have suffered an embarrassing defeat in the series-opener against Australia but its skipper Virat Kohli fractionally closed the gap with top-ranked Test batsman Steve Smith, following his 74-run knock in the first innings in Adelaide.

Kohli gained two points for his half-century to get to 888 while Smith (911) lost 10 points in the table after scoring 1 and 1 in his two innings.

Marnus Labuschagne's innings of 47 and 6 in the low-scoring match pushed him to a career-best 839 points in the latest ICC rankings for Test batsmen.

Australia skipper Tim Paine's player-of-the-match innings of 73 not out has lifted him to a career-best 33rd with 592 points.

Ravindra Jadeja, who did not play the Adelaide Test, was unchanged at number three in the all-rounders' list.

Australian fast bowler Pat Cummins gained six points for his seven-wicket haul as he moved from 904 to 910 for a comfortable lead over Stuart Broad in second place.

Cummins' pace colleague, Josh Hazelwood's figures of 5/8 in India's second innings helped him gain four spots and move back into the top five with 805 points, the first time since March 2018.