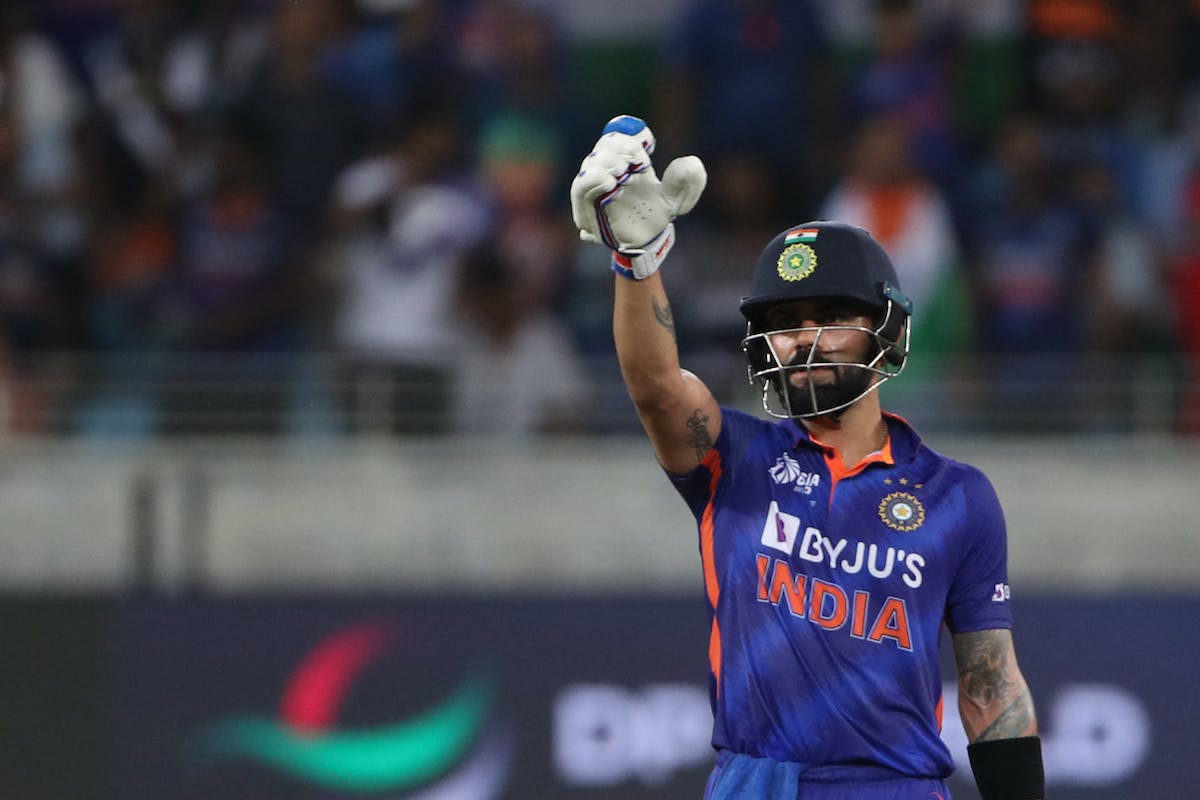 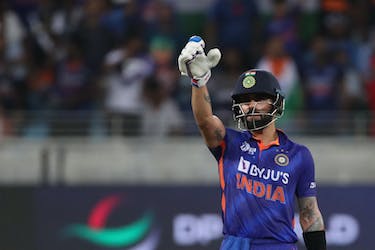 15.1: Virat Kohli is facing the Hong Kong medium pacer Aizaz Khan. It is a fuller length delivery on the middle stump. Kohli skips down the track and smacks the bowler for a six over cow corner.

Fast forward to 2022, and things are different. There are questions over Kohli’s form. He has slowed down when other teams are inculcating a quicker approach. Have his reflexes slowed down? Is he done? Have we seen the last of King Kohli at his peak? 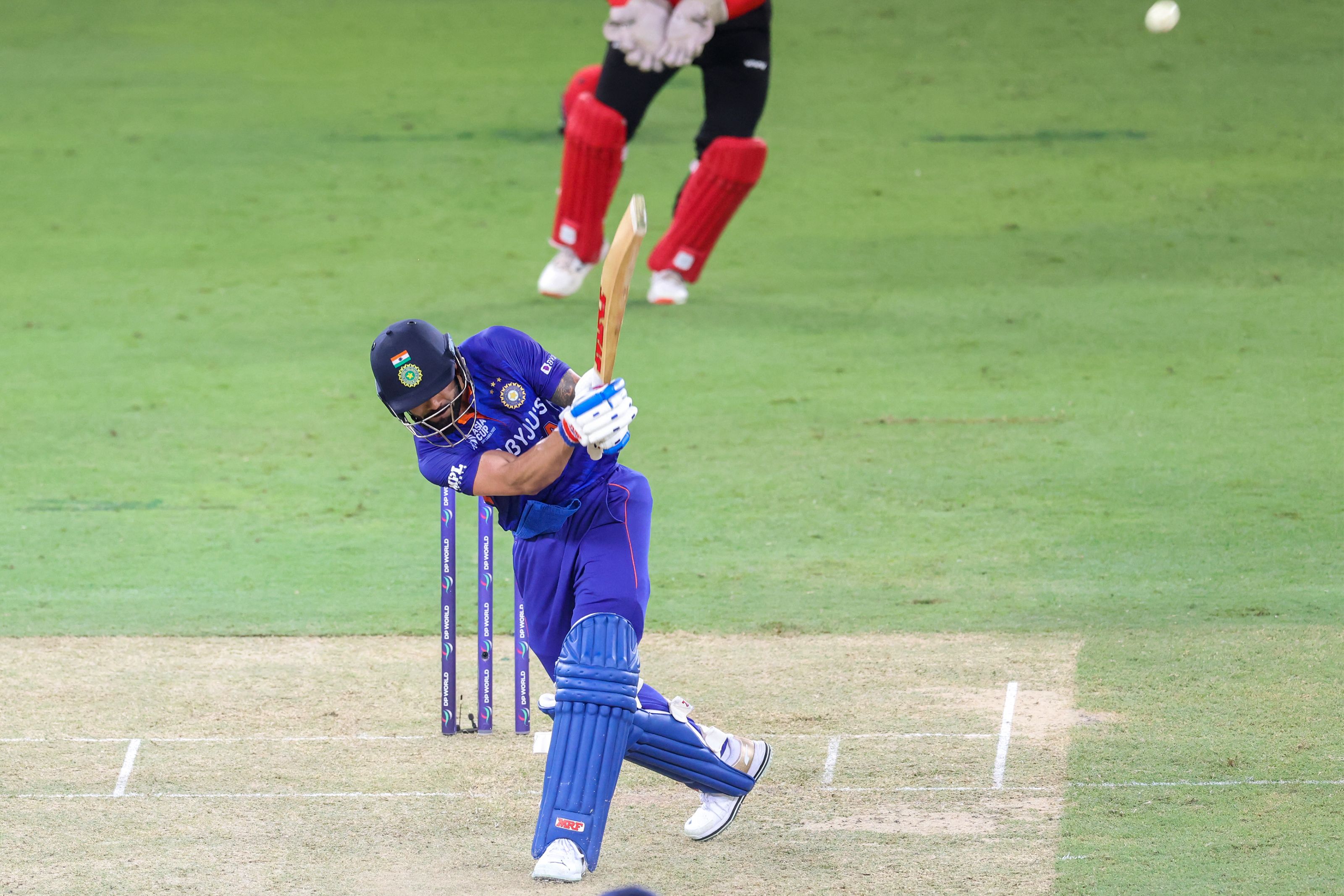 Heading into this Asia Cup, Kohli’s form was the biggest point of discussion for India. A forgettable time in the gulf nation could raise questions on his spot for the upcoming T20 World Cup in Australia, inducing polarized opinions.

The significance of the same elevated in this fixture, against Hong Kong. India did not have a lot to gather from this match, facing an Associate nation and having played so many T20Is this year already. Can Kohli lay the foundation to hit form again? That was the question on everyone’s mind.

While that six against Aizaz rekindled the memories of the old Kohli, he had done enough in the innings by that point to underline that he has still got it.

Hong Kong are one of those subcontinent sides that rely heavily on their spinners. None of their pacers are capable of clocking 140 kph mark on the speed-o-meter, and bowl with the same military medium speed. Meanwhile, their spin attack is well rounded, with all three kinds of spinners; left-arm spin, off-spin and leg-break. The pitch in Dubai is slow and usually offers grip to the tweakers.

Hong Kong may not be a hot-shot on the cricket field but still posed a challenge to Kohli. 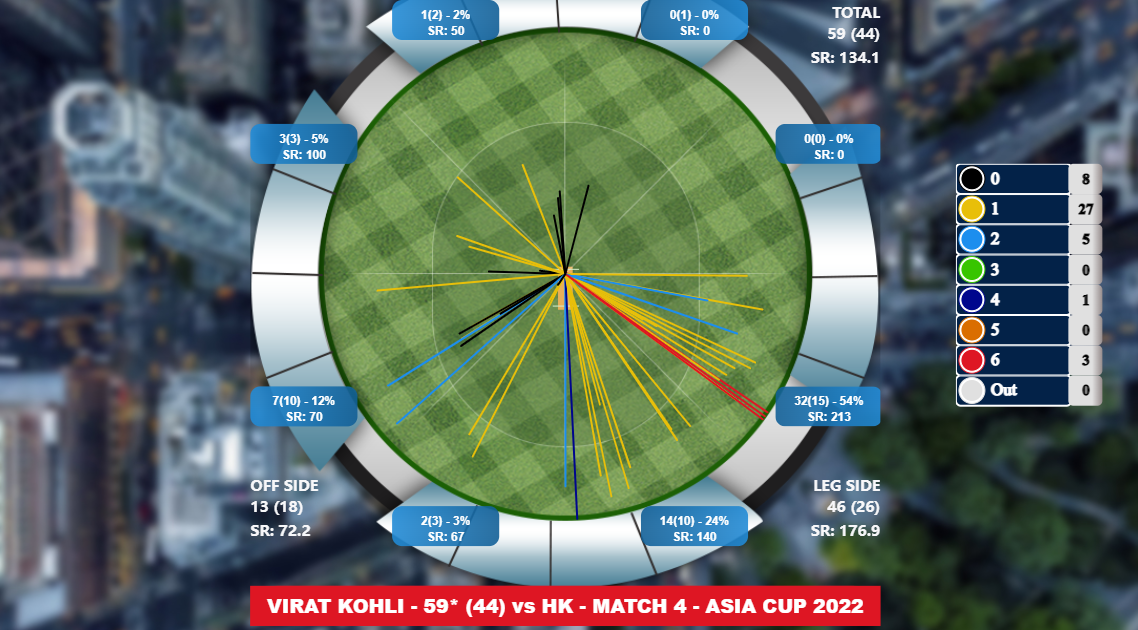 In addition, India’s ‘runs at all costs’ approach was another obstacle for the Delhi-born. Will he be able to cope with that during a period of lull? He tried that in the three T20Is against England last month but it didn’t come off.

On Wednesday (August 31), India started slow. They were 38/1 in 4.5 overs when Rohit Sharma crossed paths with Kohli. He must have transferred the message that the pitch is slow. Consequently, the score in mind while batting first must have also been reduced.

This must have allowed Kohli to play himself. The slow nature of the track was a challenge for him but probably it also worked in his favor a tad bit.

Spin was employed as soon as Kohli walked in. The off-spinner, Ehsan Khan was brought on in the sixth over. The part-time wrist-spin of Yasim Murtaza was introduced in the eighth over. Kohli just maneuvered them around for ones and twos to initiate his innings. He was 11 off 12 balls.

The scorecard - IND 57/1 in eight overs - carried a grim reading. KL Rahul, 21 off 25 balls at the other end, struggled. Someone had to take charge. After Rahul’s six in the subsequent over, it was Kohli post the drinks break.

From 2020 onwards until the start of this Asia Cup, Kohli managed a strike-rate of only 112 against leg-spinners. In Dubai, he broke the shackles with a boundary against the young leggie Mohammed Ghazafar - manufactured by some judicious footwork down the pitch -  for a straight down the ground.

Kohli’s next six balls brought five runs before he cracked a six over cow corner.

That was Kohli’s mantra to tackle Hong Kong’s spin - rotate the strike to keep the scoreboard moving and find a boundary in between to stay ahead of the asking rate.

From 15 off 18 balls at the start of his innings, Kohli notched up a vital half-century in 40 balls. It may not seem like a pathbreaker at the first glance but based on the conditions, it had high significance. The start was still not ideal but for a change, the 33-year old was able to build his innings, while picking up the run-rate.

Out of his 59 off 44 balls, Kohli scored 41 off 30 balls versus spin. His strike-rate against spin was 136.7, his best in an innings where he has played more than 10 balls of spin bowling since the second day of the 2022 season of IPL, in March. 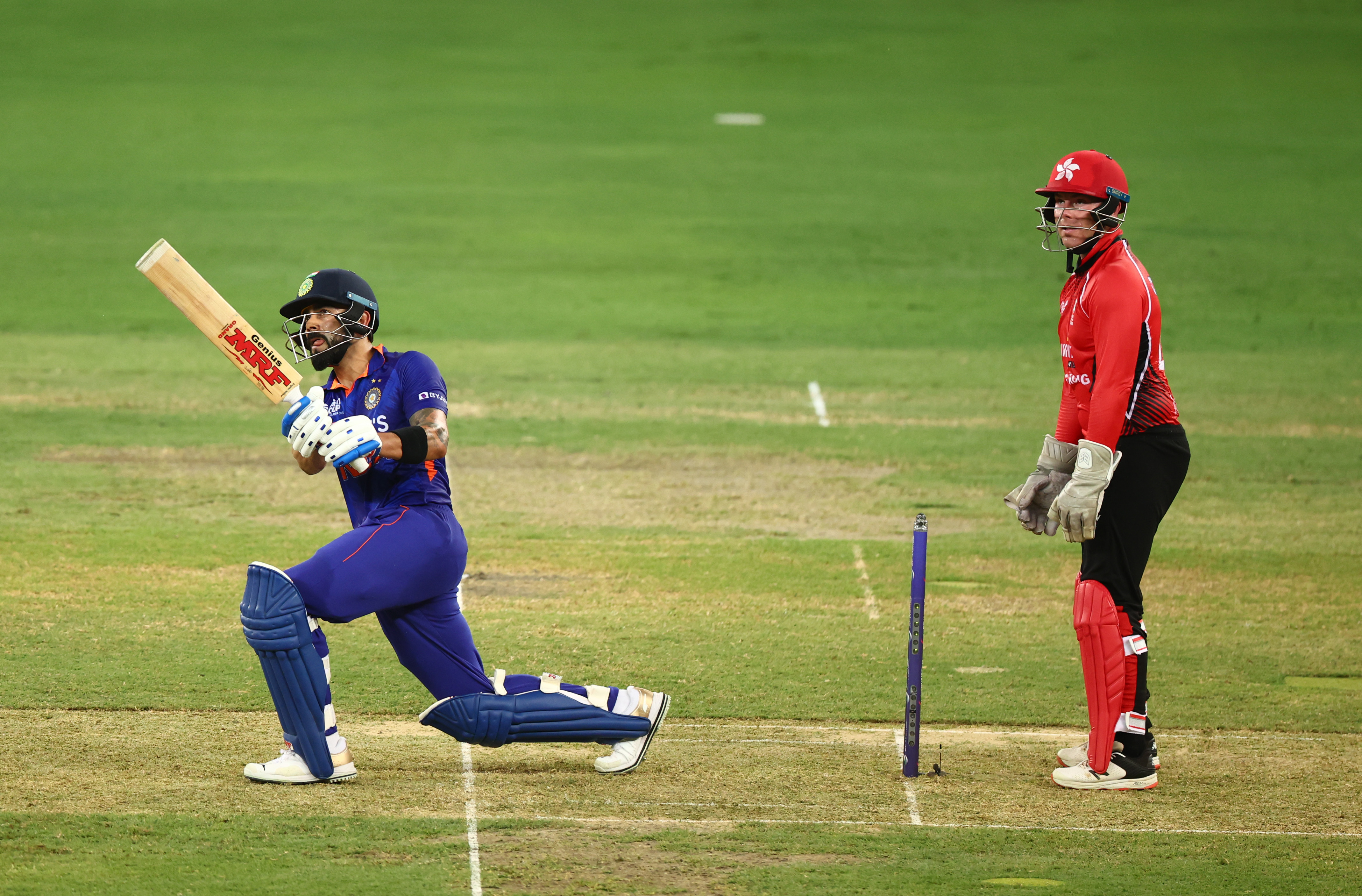 At the heart of his acceleration was his diligent practice of playing the slog sweep. Kohli played slog sweeps facing Ravindra Jadeja in the nets prior to India’s opening encounter of the tournament on Sunday (August 28). The practice came to fruition facing Hong Kong, where the former skipper nailed two slog sweeps, both deposited over cow corner for sixes.

It is the first time the right-hander has struck three sixes in an innings since September 2021, when he scored 51 off 42 with three sixes against Mumbai. On Wednesday, Kohli replicated it after a gap of 30 innings.

As stated above, an innings of 59 from 44 balls won’t be the most talked about innings in most T20 games. But with Kohli, everything is at a level above that it is for others. He was overshadowed by the Suryakumar Yadav blitz in the final phase of India’s innings. But with his knock, Kohli provided India with the biggest takeaway they were searching for in this contest.

This is by no means an assessment that he is back in form. Kohli still started slow and Hong Kong is not the best examination. But sometimes, these kinds of knocks can set the ball rolling for bigger things.

If not, will India take Kohli to Australia on the basis of his reputation and this half-century against Hong Kong?