Kohli needs to score runs not only for India but for himself: Ganguly 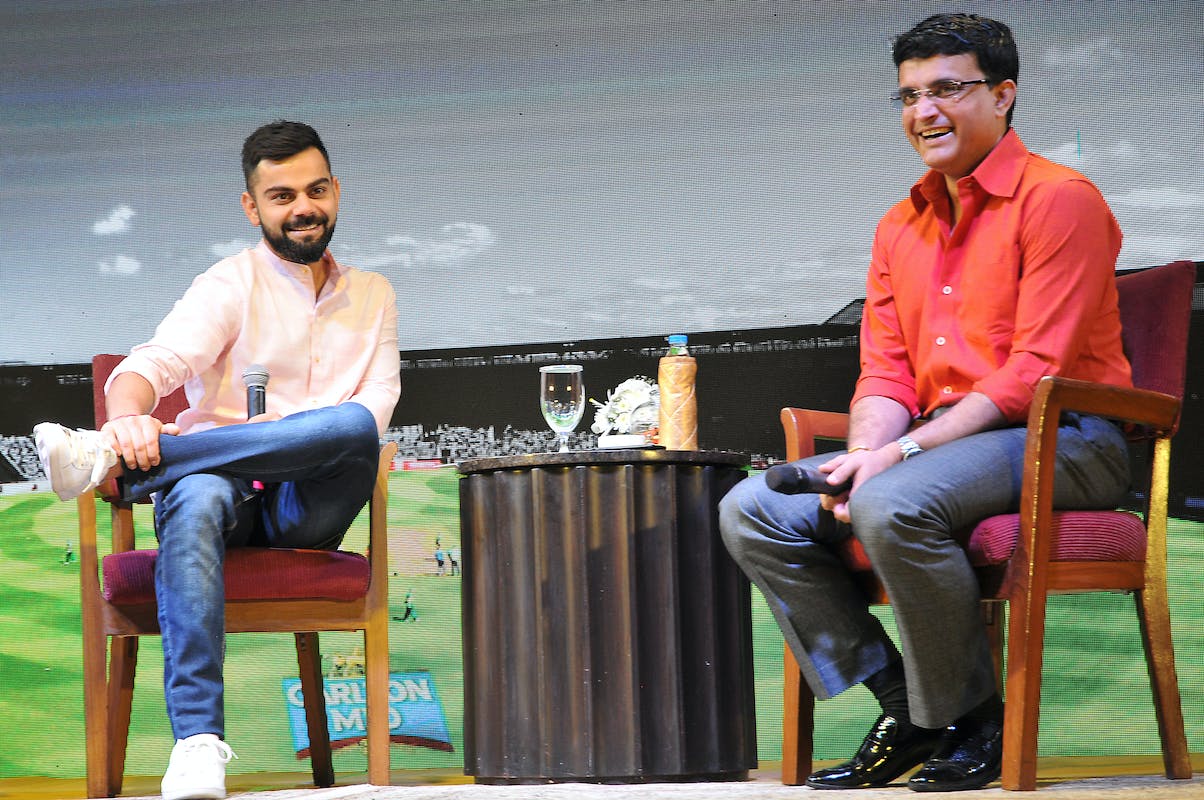 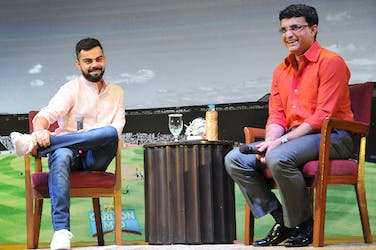 Kohli needs to score runs not only for India but for himself: Ganguly

BCCI president Sourav Ganguly on Friday said struggling batting maestro Virat Kohli needs to score runs not only for India but "for himself" too. In the Asia Cup starting here on Saturday, Kohli will resume the quest to score his first international hundred since 2019, having failed in all his previous attempts.

"He needs to score runs not only for India but for himself. Hopefully it will be a good season for him. We all are confident that he'll come back," Ganguly said during an interaction.

Kohli's last international century came during the pink ball Test against Bangladesh at the Eden Gardens in 2019. "I'm sure like all of us are waiting for him to get that hundred, he's working for it as well. The chances of getting a hundred in a T20 is less because of the time. But, hopefully, this will be a big season for Kohli."

The 33-year-old former India captain, who was last seen in action in England in June-July, is back after a one-month break that saw him skip two white-ball series in the West Indies and Zimbabwe. Kohli's highest score in his last five matches has been 20 in India's loss to England in the rescheduled fifth Test at Birmingham.

Having relinquished captaincy at Royal Challengers Bangalore as well, Kohli had a quiet IPL-15, scoring 341 runs from 16 matches at an average of 22.73. Ganguly, during his interaction with the media on the sidelines of Senco Gold & Diamonds' DG Gold promotional event here, refused to agree that a big player like Kohli can endure a lean patch as long as this.

"He's a very big player, there for a long time. I know he has his own formula to score runs. It's not possible that players of his stature can't have such a long lean patch, I know he will definitely score runs. If he was not a great player, he would not have scored so many runs for so long," Ganguly maintained.

Defending champions India will begin their campaign with the marquee clash against arch-rivals Pakistan in Dubai, about a year after they lost to them at the same venue in the T20 World Cup.

Ganguly said the T20 World Cup loss would have little bearing on the outcome of the coming games. "Since 1992 I've been following Indo-Pak matches closely. In these 30 years we have lost only once. It's not magic that you will always win. You lose once or twice, it's not a big deal," Ganguly said.

Asked about the pressure that comes with playing Pakistan, he said: "The ones who play regular cricket like in my playing days, it's just another game where you have had to perform. I never played thinking 'Pakistan, Pakistan' only. Maybe during a World Cup semifinal, qualifier match, that sort of emotions were there. If you take all that into consideration, I know the likes of Rohit (Sharma), KL Rahul, Virat, (Rishabh), Pant know how to handle the pressure."

When asked whether Pakistan would miss their star pacer Shaheen Afridi, Ganguly said: "I don't think one player makes a difference in any team. We also don't have (Jasprit) Bumrah."

Ganguly further said Hardik Pandya's return has been a huge boost for India post IPL. "Absolutely... He's a huge addition to the side plus his bowling. Last year he was not fit to bowl, now he's gone back to bowling. So he is a huge addition. No team is a favourite in the T20 format. Did anyone think of Gujarat winning the IPL. It's a different format altogether. You have so little time to recover," he said when asked about the favourites to lift the Asia Cup.

Ganguly's tenure as the BCCI president is set to get over in September, and a Supreme Court bench headed by Justice DY Chandrachud will decide on the Board's plea for an amendment to the "cooling off" period after six years in office. He had served in the Cricket Association of Bengal (CAB) before becoming the BCCI chief.

"It's not in my hands. I don't know, whatever will be asked will be asked. We will see," the 50-year-old said when asked if he wishes to continue after his term is over.