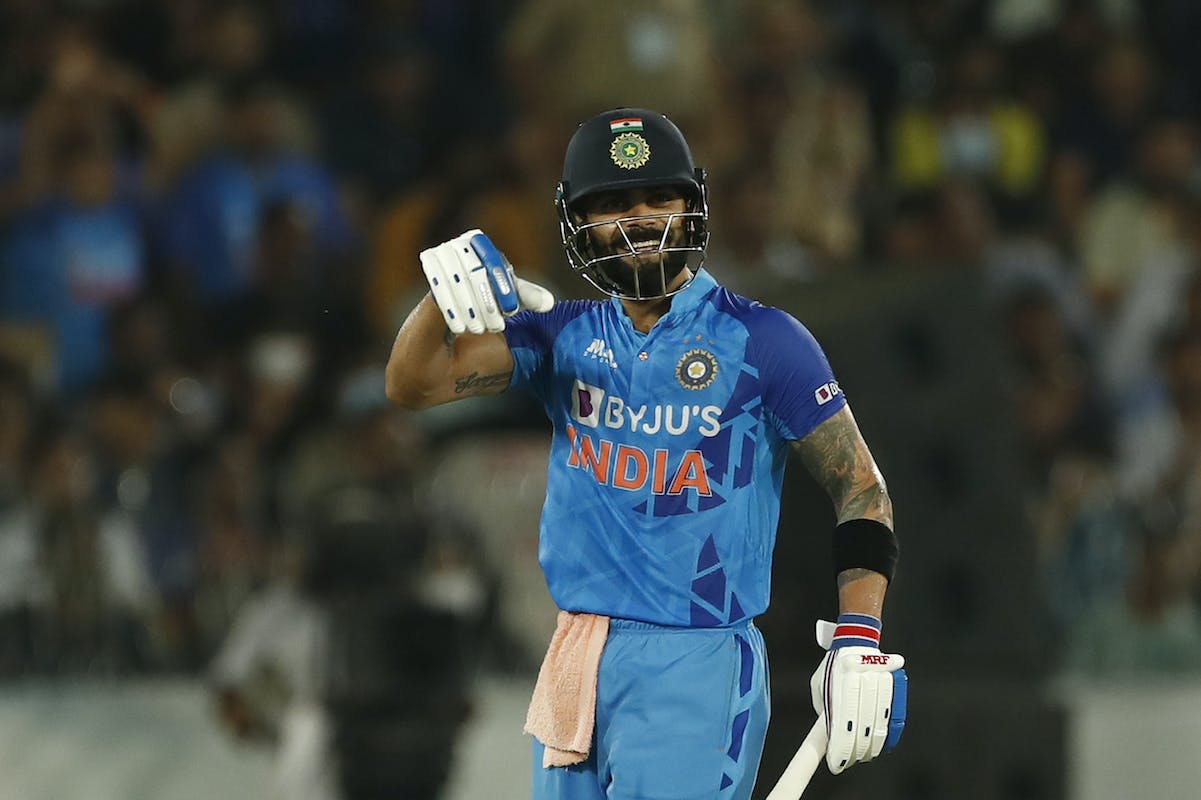 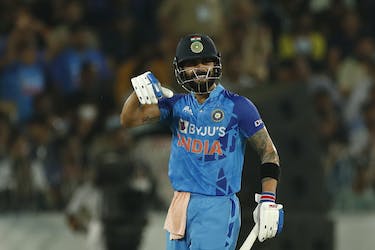 The right-hander has amassed 404 runs at an average of 57.71 since the start of the Asia Cup

Star India batter Virat Kohli has reportedly been rested from the third and final T20 international against South Africa on Tuesday.

Following the series-clinching win in Guwahati on Sunday, Kohli flew to Mumbai on Monday morning.

"He has been rested from the final T20I," a BCCI official told PTI.

After the final game against the Proteas, Kohli will link up with the squad in Mumbai from where the team is scheduled to leave for Australia on October 6 for the T20 World Cup.

The former India captain smashed an unbeaten 49 off 28 balls on Sunday as India won the second T20I by 16 runs to take an unassailable lead in the three-match series.

The last time Kohli was rested, from the away ODI and T20Is against the West Indies, questions were asked on the decision as he was going through a prolonged lean patch then.

He took a month off the game and did not even touch his bat for the duration of the break, a first for Kohli in 10 years by his own admission.

However, he is back to his best and has been scoring valuable runs for the team since the Asia Cup last month when he scored a much-awaited hundred after almost three years.

Shreyas Iyer, who was drafted into the side following Deepak Hooda's injury, is expected to take Kohli's place.

Since the Asia Cup, Kohli has amassed 404 runs in 10 innings at a strike rate of 141.75, including three fifties and a hundred.