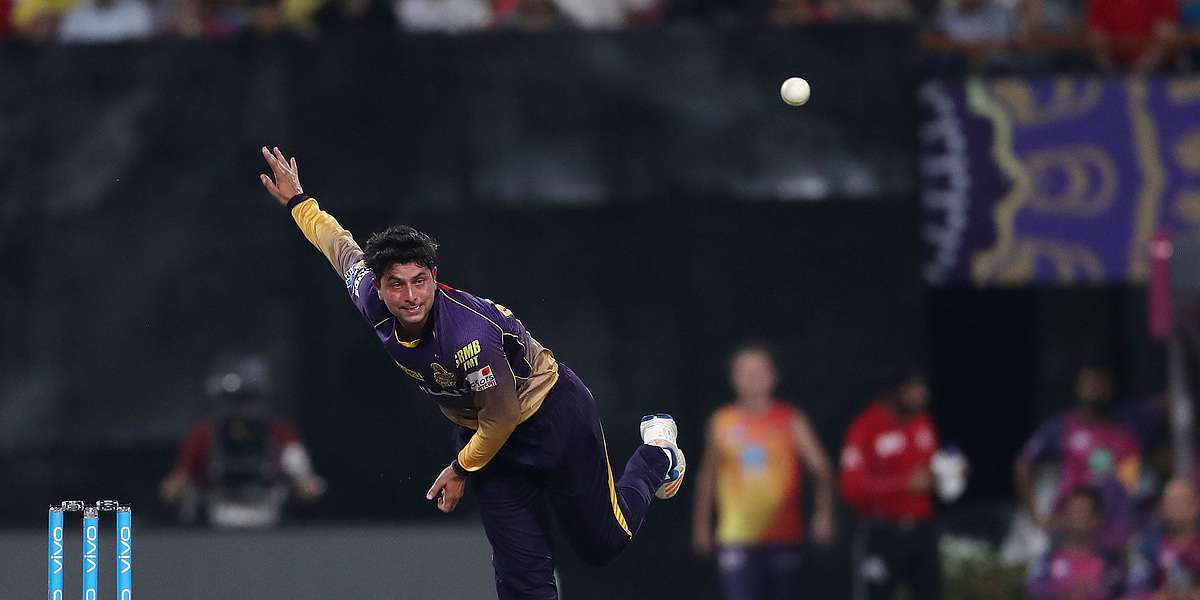 PTI
Kuldeep at top of his game, won't face any confidence issues this time: David Hussey
The Chinaman bowler got just four wickets from nine matches in 2019 and was dropped from KKR after logging an average of 71.50 and an economy rate of 8.66

Kuldeep Yadav's underwhelming show let Kolkata Knight Riders down in last year's IPL, but the team's chief mentor David Hussey believes that the Indian left-arm wrist spinner is at the "top of his game" this season and will be a consistent performer.

The Chinaman bowler got just four wickets from nine matches in 2019 and was dropped from KKR after logging an average of 71.50 and an economy rate of 8.66.

In an exclusive interview to PTI, Hussey said Kuldeep would not have any confidence issues going into the 13th edition of the league which will get underway in UAE on September 19.

"I personally believe after the last eight-nine days of training camp, he's at the top of his game. He's fielding well, he is running well, he's covering the ground very well. And he's bowling has a nice rhythm, and with lots of revolutions on the ball," the 43-year-old Australian said.

Skipper Dinesh Karthik had said Kuldeep was dropped for his poor form as the team wanted to give him a "break and get him back fresh".

"Kuldeep is a very confident player. He knows what he can and can't do with the ball, he spins the ball both ways. He reads the game exceptionally well," Hussey continued.

"I don't think he will have any confidence issues throughout the tournament and I do say that without putting too much pressure on him. I think he would be a very good consistent performer for the Kolkata Knight Riders."

Kolkata Knight Riders boast of a fiery pace attack led by world number one Pat Cummins. The spin department is, however, considered their weak link in the slow conditions of UAE.

But Hussey, who joined this season, backed the spinners to be led by none other than Sunil Narine.

"He will be one of the bowlers captain DK will throw the ball to whenever the opposition has the momentum. I'm sure Sunil Narine will win more often than not, those close battles," Hussey said of the West Indian mystery spinner who bagged 10 wickets at an average of 34.70 last season.

Narine has been with KKR since the 2012 season when he was instrumental in winning their first IPL, a feat the team repeated in 2014.

"Narine arguably is the best T20 bowler in the world. In any conditions, he is one of the best players to have. Fortunately, he is at KKR, and he'll be at his most difficult self to play and handle," the former Aussie all-rounder said.

On the batting front, KKR may push their star big-hitter Andre Russell to the No.3 position.

"First and foremost, it's not my decision but if he bats at No 3 for the team, it's going to be the best decision for the team in order for us to win the games of cricket."

If Russell is tasked to set the foundation, the 2019 World Cup-winning England captain Eoin Morgan will be seen anchoring the middle-order with skipper Karthik.

"...middle order, it's probably the hardest place to bat in T20 cricket. We have Eoin Morgan, who's done it for England for many, many years. He is a great player, manipulates the field very well," Hussey said.

"We also have a captain in Dinesh Karthik who's been a world-class player for such a long time for India and for the many IPL teams he's played...I expect him to lead from the front and heavily in the middle overs."

Hussey said their 2018 U-19 World Cup-winning pacers Shivam Mavi and Kamlesh Nagarkoti are raring to go after injuries ruled them out the entire last season.

"They're both fighting fit, they're going really well. Both athletes, both world class fielders as well. It's always good to have two strings to your bowling whether you're a bowler and a fielder or whether you are a batter and a fielder," Hussey said.

With a lot of depth in the pace department, KKR might look to use the duo as back-up.

"They're both very, very classy. Fortunately we have lots of depth in the fast bowling area, so if an injury does happen, heaven forbid, we do have covering in those areas.

Mavi played nine games for KKR in 2018 and picked five wickets before a stress fracture ruled him out in 2019. Bought for Rs 3.2 crore in 2018, Nagarkoti injured his back even before he could make his debut.

It will be an off-the-field battle of wits between the KKR chief mentor and his elder brother Mike Hussey (CSK batting coach) when they take on the MS Dhoni-led side on October 7 and in the return leg on October 29.

"Mike's from Western Australia and I'm from the East Coast of Australia, so they play different styles and different brands of cricket... Strategy-wise, I love watching people play. I love trying to get the best out of people. Whoever wins the game of cricket I guess will decide. Hopefully Kolkata Knight Riders win," he concluded.