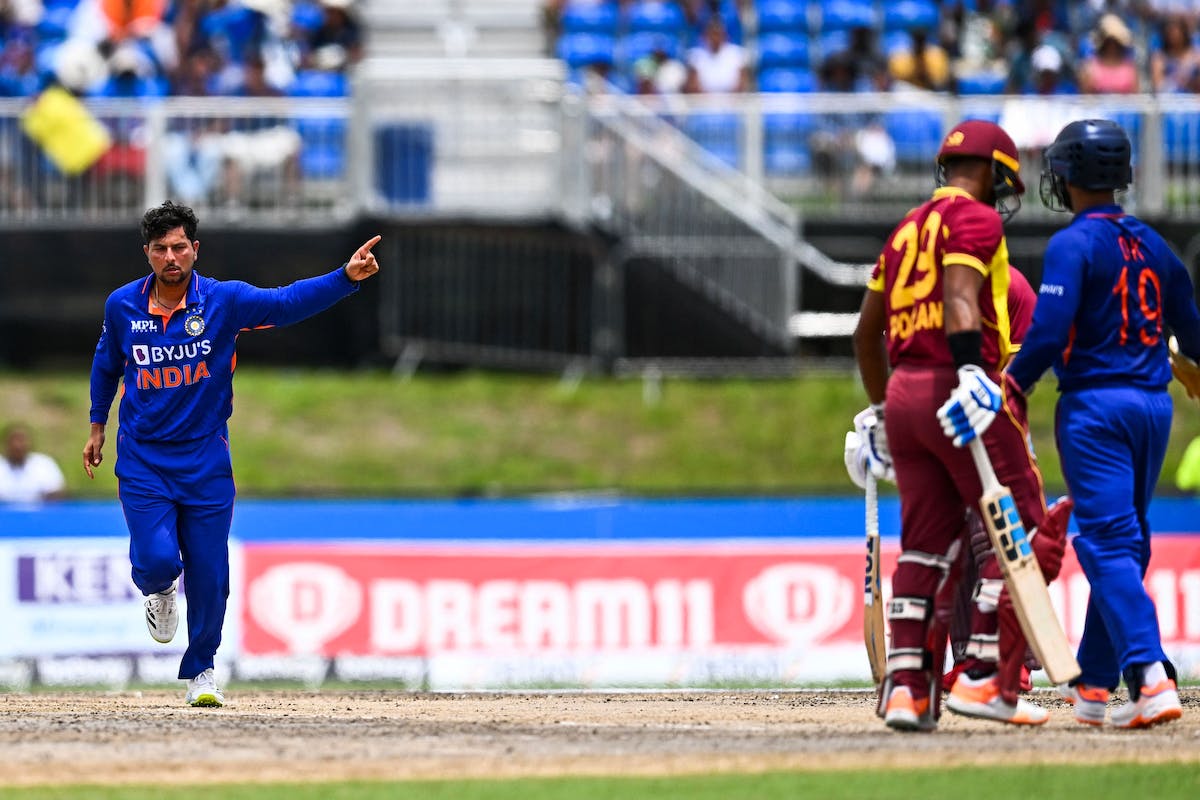 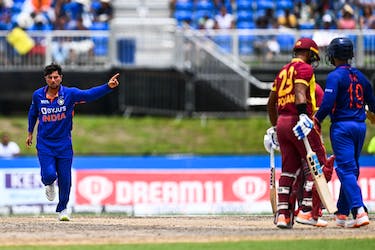 In a match where all 10 wickets fell to spinners, Kuldeep chipped in with figures of 3 for 12

The sight of Kuldeep Yadav in tears, distraught, being consoled by his Kolkata Knight Riders (KKR) teammates and support staff after Moeen Ali tore him apart in the Indian Premier League (IPL) 2019 is a crucial part of the wrist spinner’s journey.

While that was a confidence-shattering blow, with his wicket of Babar Azam in the 2019 World Cup – a ball drifting away and then spinning in between bat and bowl to disturb the timber of one of the world’s best – it seemed as though the IPL blow was just a minor blip.

After all, not too long before that, India head coach Ravi Shastri, following the drawn Sydney Test, had said Kuldeep will be India’s No.1 spinner overseas going forward.

In a team that over the years have had Ravichandran Ashwin and Ravindra Jadeja win India matches for fun, those comments from Shastri would certainly have been music to Kuldeep’s ears.

Unfortunately, Kuldeep has played just one more Test since then against England (home). His appearances in white-ball cricket too has been limited, having played just nine matches since then.

Finally given an opportunity in the fifth T20I against West Indies, Kuldeep’s guile and accuracy was on full display as the West Indies batters failed to pick him and were left red-faced. He bowled largely in the good length areas, which the batters found difficult to negotiate with many waiting to read him off the pitch. 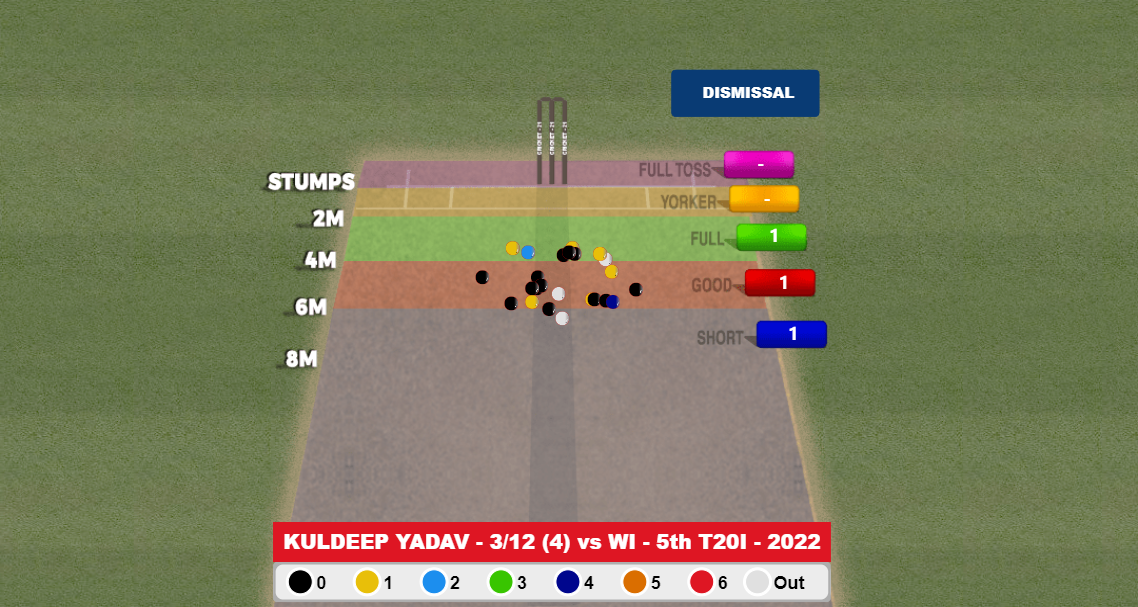 One could argue that Axar Patel had done the damage in the powerplay before Kuldeep was introduced, but in the larger context, Kuldeep needed this to prove that his slowly getting back to the deceiving bowler we knew him to be.

Along with Yuzvendra Chahal, Kuldeep formed a lethal bowling combination, taking centre stage, especially after India’s loss in the 2017 Champions Trophy final. India’s focus from finger-spinners turned to wrist-spinners – a revolution that has fetched them a lot of success.

While Chahal has raced ahead of Kuldeep since then in both formats, Kuldeep continues to toil and if Chahal was not rested for the West Indies T20Is, we may not have seen Kuldeep make the cut.

With Sunil Narine, Varun Chakravarthy and Shakib Al Hasan in their ranks, Kuldeep did not find a place in KKR’s XI in IPL 2021 and any chances of a comeback has further deteriorated after he had to undergo a knee surgery in Mumbai.

IPL 2022 gave Kuldeep a new lease of life when Delhi Capitals (DC) decided to take a punt on someone who has not played too many competitive matches in some time, but was a proven performer in the IPL. He did not disappoint as he finished as his franchise’s leading wicket-taker with 21 scalps, striking once every 14.1 deliveries.

A fit and in-form Kuldeep could have been a handy option in the T20 World Cup last year, ahead of someone like Varun Chakravarthy, who despite impressing in the IPL had very less impact at the mega event.

But Kuldeep will look to throw his ring in the hat for a place in the T20 World Cup 2022. He has the ODIs in Zimbabwe and home series against Australia and South Africa to prove his worth.

The current team management have not shied away from making a host of changes in order to see what everyone around the squad is worth. Kuldeep had his chance in the dead rubber against West Indies and may yet have a point to prove moving forward.

Kuldeep has the advantage of being one of the few left-arm wrist-spinning bowlers in world cricket today. With him in the side, India have all sorts of varieties covered, including that of useful left-arm pacer in Arshdeep Singh.

While it may be premature to make the call, but Kuldeep Yadav 2.0 could be as deadly as he was couple of years ago, if not more. Question is, will he be given a long rope this time around?